Former England captain and one of the most decorated players in the competition’s history, Jamie Peacock, says Toronto Wolfpack must be given another chance in Super League.

A meeting on Friday will discuss a proposal from prospective new Wolfpack owner Carlo LiVolsi about their re-introduction to the competition for next season, nearly two months since they sensationally withdrew from the 2020 season on the eve of the restart.

A conclusive outcome from the meeting appears increasingly unlikely, as rather than being a simple yes or no decision, the option is being given to ask for further information from LiVolsi.

Opinion has been split across the game, but Peacock – who won nine Super League titles, four Challenge Cups, four World Club titles and was Man of Steel in 2003 – firmly believes the Wolfpack must remain for the good of the game.

He said: “If Toronto aren’t accepted back in, it will be a dark day for the game.

“They’ve added to rugby league in the short time since they’ve founded. Yes they’ve done some things wrong, but when you try to innovate as they have done, that happens.

“Clubs need to have the foresight to do what’s best for the game as a whole. 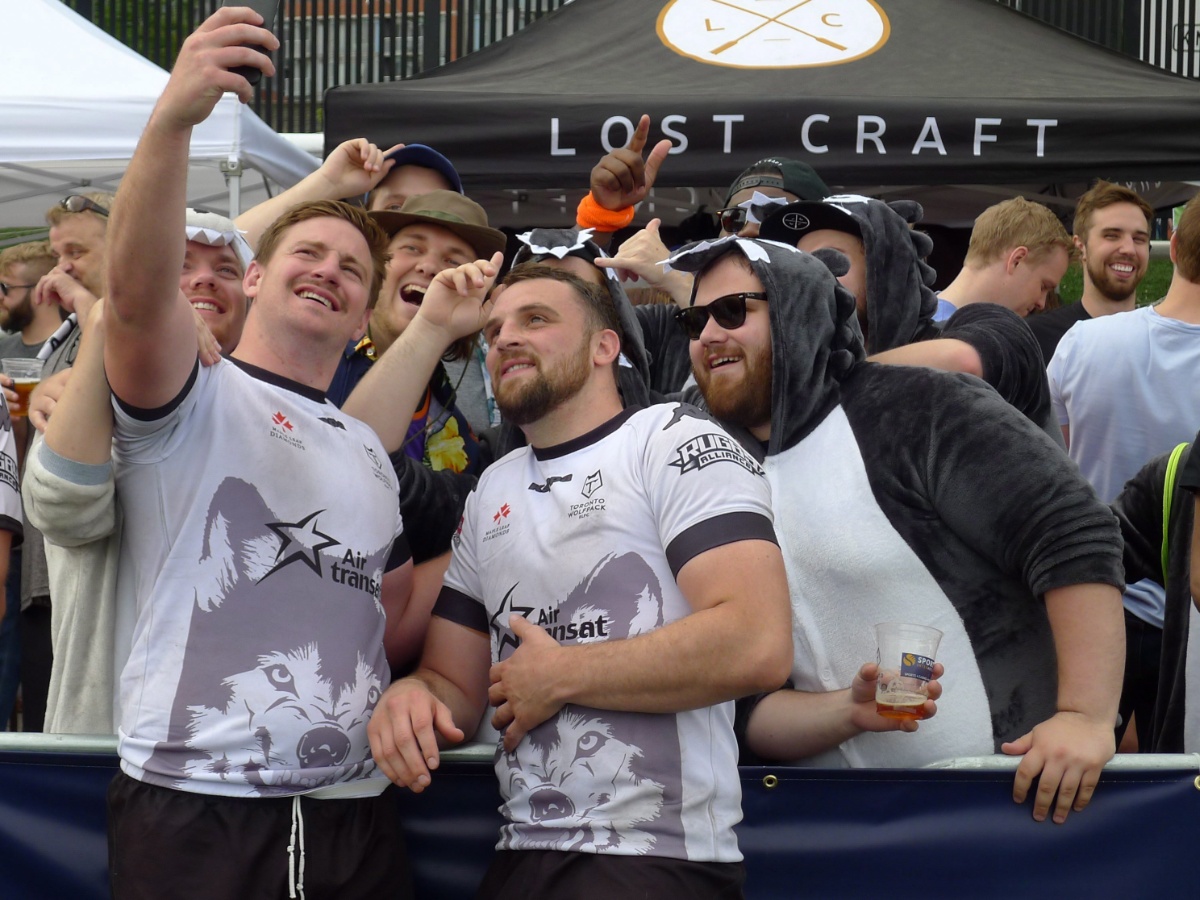 “Toronto have cut through in a way that others haven’t, they have built a fanbase and a strong brand from nothing. Toronto as a destination can attract casual fans, as well as interest from a TV point of view. Sport has to adapt to change, and people would be attracted by a package to go and see the city and take in rugby league. The more places you can watch rugby league, the better.

“I was in a bar in New York at Christmas, and got chatting to some people from Toronto, who had heard of the Wolfpack. It was unbelievable really, if you’d have said six years ago I’d be sat in a bar in downtown New York talking to a group of Canadians that shared a common interest.”

Peacock also believes that the current set-up, where clubs effectively make the decisions, is not helpful for the game, and that a strategy must be decided upon and put in place.

The former Leeds and Bradford forward has spoken out about his thoughts on Super League in the past, but admits change is unlikely in the current climate.

HAVE YOUR SAY: Should Toronto continue in Super League in 2021?

He added: “Super League’s governance is just about the worst set up there is. Rather than a commissioner, like in the NFL, deciding what’s best for the game as a whole, the clubs decide for themselves.

“There needs to be more joined up thinking and a clear strategy of what we want the game to look like, and how we get to that.

“Take the international game, we don’t even know what that looks like in six months, let alone in one, three, five years.

“The priority now of course is survive the next six months, but after then, what do we want the game to look like? Nobody knows, there’s no plan. They need to ask stakeholders in the game for their thoughts and then implement a plan and execute it, not just put a finger up in the air and see what direction the wind is going. Know what it’s going to look like and get everyone trying to get to that.

I would love to see @TOwolfpack get the right decision this week and be back playing #RugbyLeague in Superleague next year.
The future of the game is bigger and better with their inclusion. https://t.co/Kr7NqWpmEh

“If you don’t know what you want to grow into, how are you going to do it? Why can’t we pull together as a sport and decide where we want to be in 10-15 years with a mix of traditional and cosmopolitan clubs.

“Toronto need to be in it. The game will be bigger and better in the long run. It’s a 25-year project and investment, not just a five year one.”

After hanging up his boots after Leeds’ 2015 Grand Final win over Wigan, Peacock took up the role of football manager at Hull KR, and even came out of retirement to play four games to help the club through an injury crisis.

That gave him insight to a club, who has been reported to be one of a clutch of clubs that are against Toronto’s return in 2021.

“I can see both sides. Leeds have a great fanbase, in a good city, and is a profitable sports club, which is rare. Hull KR are well supported, but they’re in a city with two teams and the owner has to subsidise it each year with a six-figure sum, so I can see why they would want the extra money.

“Since Super League started, we haven’t grown the game enough.

“If the clubs turned around and said no, they’re part of an ever decreasing circle and there’s only going to be one outcome.”