What can we take away from the Championship’s 2019 Summer Bash?

Toronto a class above the rest 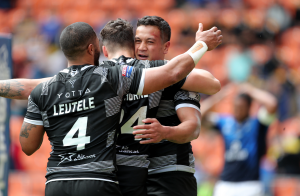 After being defeated heavily at the Stade Ernest-Wallon earlier in the season, not many people would have expected the Wolfpack to dominate Sylvain Houles’ side in the manner that unfolded.

Led by the dazzling spine of Gareth O’Brien, Joe Mellor and Josh McCrone, the Canadian side made light work of their French opponents, the creative trio supplying their outside backs at will, most notably Chase Stanley who bagged a treble.

Many who turned up for the opening game will have expected a close-fought contest between first and second in the table. Based solely on this evidence, Brian McDermott’s side are surely head and shoulders ahead of everyone else in the competition.

A lot of work to do for Rochdale 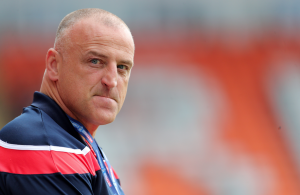 With Rochdale 30-14 up and exuding the confidence of a side ready to leap off the foot of the table, it is still unclear where it all went wrong against Swinton, in what was always going to be a telling game in the fight to avoid the drop.

Dan Abram was pulling the strings in the heart of the Hornets engine room, Scott Moore and Harvey Livett looked to be putting their top flight experience and nous to good use, and Shaun Ainscough was clinical when the chances came. Defensively, they were not at the races, allowing Swinton far too much yardage when they should’ve been in complete control.

This was Matt Calland’s third game in charge since taking over at the beginning of the month, and it is clear he has a big job on his hands to turn things around, especially given how morale will be in the camp following their second-half collapse at Bloomfield Road.

Discount Featherstone at your peril 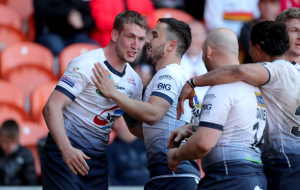 Featherstone really are astute operators when it comes to making the top four of five, having qualified for the Middle 8s Qualifiers in two of the last three seasons.

They have never mounted a serious charge once they’ve reached the crunch stage of the season, but this time around, things feel a little different. As noted after their emphatic win over the York City Knights yesterday, Rovers look ready to be the promotion dark horses in one of the most spellbinding seasons for many a year.

The capture of Dane Chisholm from rivals Bradford looks to be the final piece of the jigsaw. He was arguably the standout player from day one of the Summer Bash, and by combining his and Tom Holmes’ creativity and flair with a robust forward pack, bolstered by the likes of Scott Wheeldon and James Lockwood, the blue-and-whites are onto something special.

With competition for the top five set to go right to the wire, the challenge now is to produce such commanding displays on a weekly basis, something which Head Coach Ryan Carr was keen to emphasise post-match.

Four from seven in the race for the play-offs 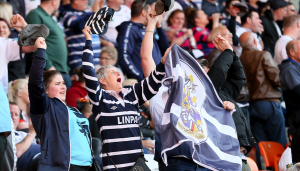 If this year’s Betfred Championship is to be remembered for anything, it will be the ability for anyone to beat anyone on any given day. Take for example Featherstone’s win over York yesterday, Widnes beating Leigh earlier in the season and Sheffield toppling second-placed Toulouse at the Olympic Legacy Park.

The only near-certainty so far this year is that Toronto are set to finish as runaway leaders; based on the last few weeks, they simply have too much quality and are becoming more fluid in attack with every passing game.

It isn’t beyond the realms of possibility for Batley, Dewsbury, or even Widnes to mount a charge if they can string a few wins together, but with so many sides congested in the race for the other four play-off spots, it seems unlikely that enough of the sides above will drop points.

At this stage of the season, it is anyone’s game. There may be one side setting the pace in Super League, but one division below, there is no telling who will have a shot at reaching the top flight with 13 rounds to go. 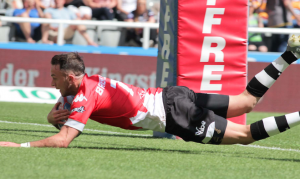 There may be a few people in the Leigh area waking up with sore heads after being treated to 80 minutes of top-notch rugby, Widnes pushing them right until the end before ultimately falling short.

As it stands, Brierley is set to return to Toronto, having completed his initial one-month loan deal. There has been talk of his stay being extended until the end of the campaign, and if you’re a Leigh fan, that’s exactly what you hope will transpire.

Brierley was absolutely outstanding against the Vikings, dazzling in the halves alongside Josh Woods and provided exquisite support play to add two tries to him name.

This year’s Summer Bash will certainly be remembered for the halves taking centre stage – most notably Dane Chisholm, Dan Abram and Scott Murrell. On the basis of the curtain-closer for the weekend, the Scottish international can be added to that list. 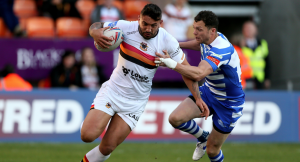 Over the course of the 560 minutes of Championship rugby played in Blackpool this weekend, we have been treated to high-scoring spectacles, hard-fought battles and topsy-turvy encounters.

With attendances up by over a half this season, many fans have been calling for a TV deal to reflect that. Currently, only Toronto have their games shown every week – something which the club themselves are funding – while the play-offs are also set to be televised.

However, the issue is this – how is the casual fan supposed to become invested in the competition if they are only getting one lot of non-Toronto exposure every year?

The point has been hammered home time and again. Over 15,000 fans attended Bloomfield Road over the course of the weekend, while there were undoubtedly thousands more enjoying the action from the comfort of their living room. These six games have proved that the second tier is thriving, and sooner or later, they will get far more of the nationwide exposure that they deserve.