David Fifita says he would love to represent Tonga alongside his brother Andrew in the future.

The Wakefield prop has earned three caps for Mate Ma’a Tonga so far, having made his international debut back in 2010.

Fifita last played for Tonga in 2016 when they faced Samoa in the Polynesian Cup, while his brother Andrew has eight caps for Tonga – but the pair have never played together internationally.

He said: “I would like to play with my brother on the international level, that would be good.

“But I honestly don’t mind if I don’t get selected for Tonga now. We play more than 30 games a year over here and I’m in my 30s now I need to start watching the body.

“The Tonga coach (Kristian Woolf) is at Saints now and he’s a good bloke. He had a good vision with Tonga but I don’t mind now (if I don’t get to represent them again).” 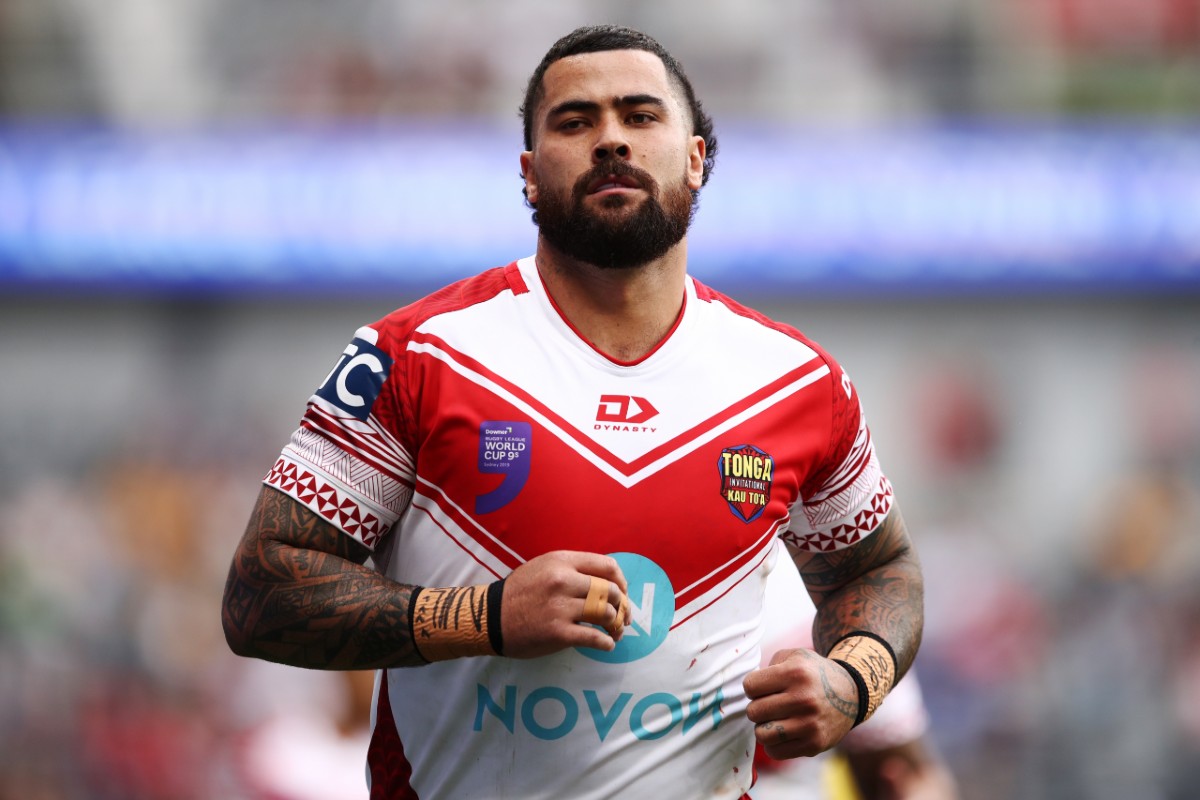 Fifita, who is of Indigenous Australian and Tongan descent, has become popular figure in Super League since moving to Wakefield in 2016.

The 30-year-old hasn’t played for Tonga since his move to England – but he has spoken of the pride and passion he feels when representing the Pacific Island.

He added: “My first game for Tonga was very emotional. You never forget walking out and feeling the culture everyone has.

“And to realise what my nan and pop are going through over there was emotional. They are living off the land and it makes you take nothing for granted.

“It makes you very grateful for what you have over here – just for like running water, so it was very emotional to see my pop. He couldn’t believe I was playing for Tonga and to make him proud was great.”

My Dad asked my Grand father, how does he feel about me playing for Tonga 🇹🇴 #DisIsWhy #GiveBackToMyFamily #MMT

Another Pacific nation on the rise is Samoa, with Manly enforcer Martin Taupau pledging his allegiance to the nation after five years of playing for his country of birth, New Zealand.

And Fifita would like to see Toa Samoa follow a similar path to Tonga in becoming a genuine contender for World Cup titles.

He said: “I was a part of the Tonga team in the early years of its development and its good to see the country is emerging in rugby league – and I hope Samoa can get on board as well.

“I’m sure if Sonny Bill (Williams) puts his hand up for Samoa then a lot more would follow him – and it would be good to see players like Roger Tuivasa-Sheck playing for Samoa.

“It would be a really good international game if that happened and there would be quite a few fighting for the top spot.”

Danny Addy: Representing Scotland is a feeling like no other

Lee Radford: I can’t stand our games being shown on TV