Hull FC claimed the bragging rights as they defeated rivals Hull KR 25-16 at the KCOM Stadium.

FC captain Danny Houghton marked his 350th appearance for Hull with a try to help them defeat neighbours Hull KR in an entertaining derby.

The bragging rights go back to the Black and White side of the city, with the Robins claiming an 18-10 victory last time the two faced off in round 20 last season.

Buckets were at the turnstiles before the match to raise funds for former Hull KR prop Mose Masoe.

The 30-year-old continues to receive treatment for a serious spinal injury sustained in a pre-season friendly against Wakefield that brought his career to a sudden end.

The KCOM Stadium sold masks of the Samoan for both sets of fans to don in the 10th minute – his former number – which the visiting side marked in perfect fashion by Livett crossing over for the opening score of the match.

The hosts hit back five minutes later to take a 6-4 advantage with their first real attack as Connor found a gap to finish off a fine move. 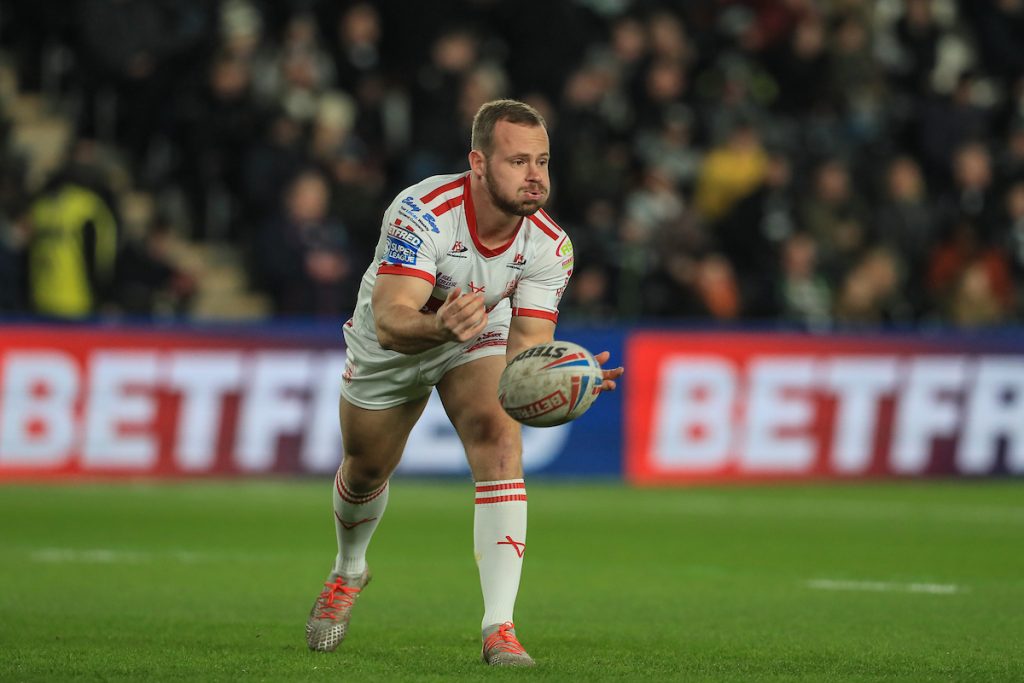 Former FC man Jamie Ellis converted his first goal to put Rovers 10-6 ahead with 14 minutes left of the first half, but Hull replied once again.

The Black and Whites worked their way downfield before two visiting defenders failed to deal with Sneyd’s grubber kick, which allowed Houghton to touch down.

Sneyd converted from under the posts to nudge the home side into a slender first-half lead.

Hull KR, who had a try chalked off on the stroke of half-time, restored their advantage in the second half with a wonderful try which eventually saw Crooks cross for his fifth try of the season.

Tony Smith’s side kept the ball alive with a series of offloads throughout the team which created space on the left wing for the former Hull man to score, with Ellis landing the touchline conversion to make it 16-12.

Ellis missed a kickable penalty shortly after and the hosts made him pay by scoring a breakaway try through Sneyd, who converted his own score to put Hull into an 18-16 advantage. 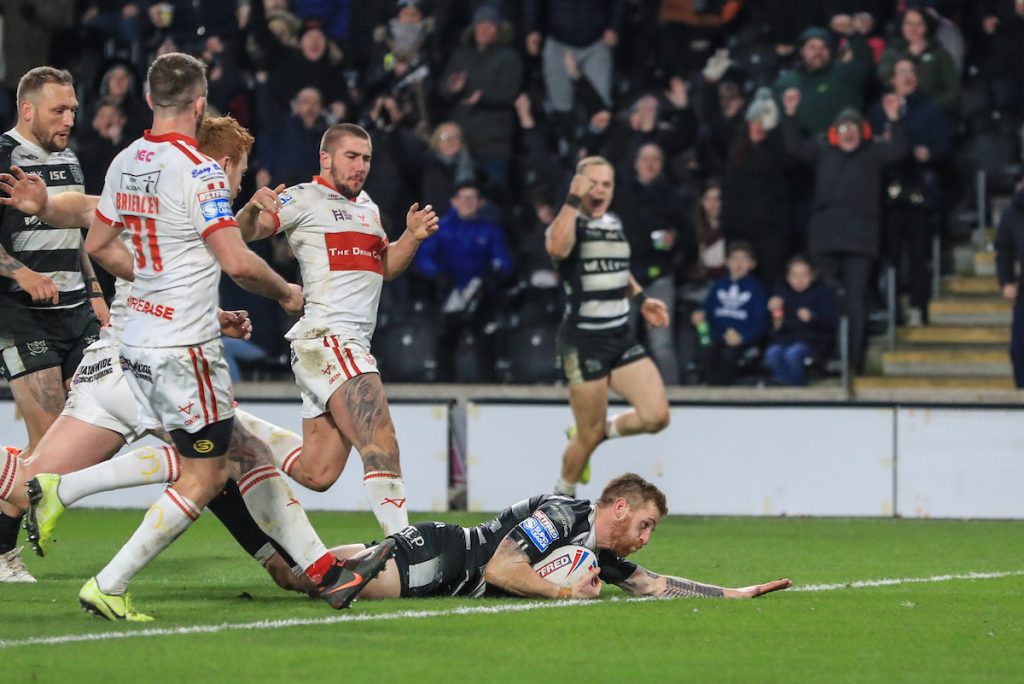 Griffin cut through the Rovers defence to stroll in under the posts to move Hull into an eight-point lead with 17 minutes remaining before Andre Savelio thought he wrapped up the points with another try, only to be ruled offside.

Rovers rallied late on but it was the boot of Sneyd who produced the final scoring act as Hull started the 2020 season with two wins from two.

Toronto’s squad is not too small, insists Jon Wilkin