London Broncos’ tremendous golden point win over St Helens breathed yet more life in to a relegation battle that many thought was a foregone conclusion prior to the season.

After years of convoluted league systems aimed to add excitement to the game, a return to the tried and tested straight forward method of promotion and relegation that is providing plenty of thrills and spills with little over half the season gone.

Leeds’ win at Wakefield on Friday night had some, myself included, calling an end to what was, in my opinion, the Rhinos’ outside chance of relegation but then the Broncos pull another rabbit out of the hat and show that it is very much a distinct possibility that Leeds, and even maybe Wigan, could be dragged in to the fight to avoid the drop.

Hull KR have twisted, bringing in Tony Smith for Tim Sheens, and their heartbreaking drop goal defeat – what an effort by Sam Powell by the way – to Wigan may yet prove critical come September.

Their promises to be much more drama along the way – if only we’d kept it like this all along and invested the resource in to genuine issues, such as officiating and player development.

A wobble for St Helens may strike up further hunger in the Wolves of Warrington, who are now perhaps unexpectedly just four points off the “runaway” leaders.

While it’s unlikely that those two will be caught by anybody else, and the league leaders’ shield is treated with such contempt that no one is particularly bothered about it, it would be great for the game if they went toe to toe for the privilege of finishing top, which does in theory give you an advantage in the play-offs.

Super League could do a lot worse than introduce a better trophy, and name, for the league leaders’ shield and give it a little more prestige than it is offered now, even if the Grand Final is to be retained long term as how the champions are decided.

New York and Ottawa should go straight in to Super League

Competition in both leagues show why convoluted format was never needed

Scrap the League Leaders’ Shield and make winning it worthwhile

Leigh-united: Who would you like to see return to your club?

Eight Championship and League One sides are now just two wins from Wembley, following the second round of the 1895 Cup.

Criticism of the new competition is baffling. It’s a chance for clubs who would have zero chance of reaching the Challenge Cup final to actually play or, in the case of fans, watch their team at Wembley.

Yes there have been teething issues, probably not helped by the split of RFL and Super League distracting from the matters at hand, but the clubs outside Super League need a cup competition that they can have genuine ambitions of winning, as I’m sure many of the remaining eight clubs do.

There have been comments about the pressure of part-time players playing in midweek, which is fair – so maybe next year it can be better accommodate. Though plenty of people older than me will point out the sheer number of games players played 30 years ago.

Sport is about success, it is about winning. Not many clubs get the chance to win league titles. Adding cup competitions just adds something extra. Just ask Batley fans. 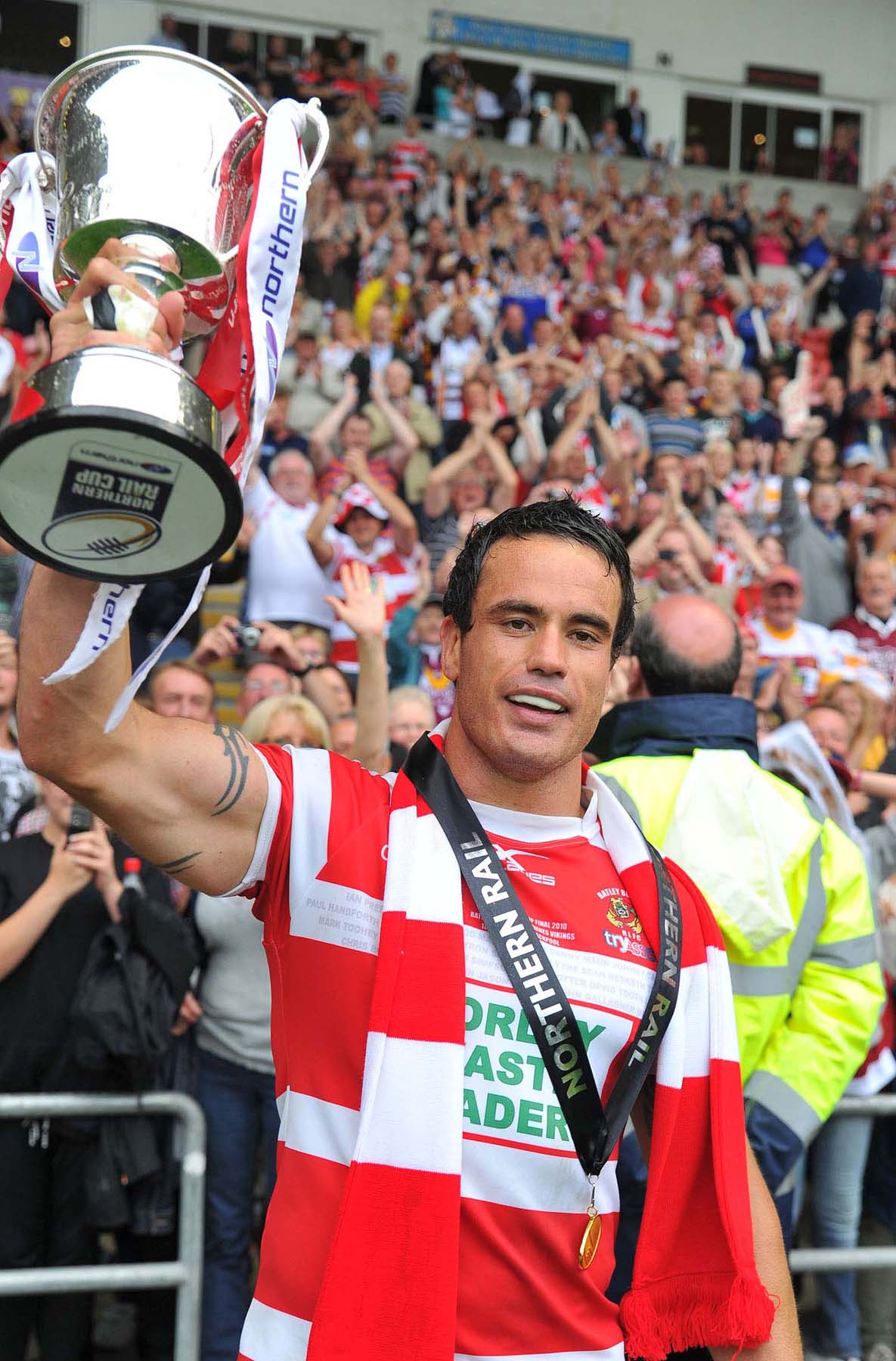 Toronto will romp to the league leaders’ shield in the Championship, but such is the format of the promotion system, they will have to make it through the play-offs to go up to Super League – that’s if the top flight will have them.

Toulouse, Featherstone and Leigh particularly look capable, on their day, of springing an upset – and it will be that which will hold the excitement of the promotion race right through until the Grand Final.

There can’t just be me though that is alarmed at the number of issues relating to the Wolfpack in recent months, almost akin to what Celtic Crusaders went through.

Cashflow issues meaning players were paid late back in the autumn, David Argyle’s racist row and subsequent resignation, Darcy Lussick being refused entry to the UK, wider visa issues being raised including by former player Rene Maitua and accusations in the trade press that a substantial payment to London Skolars is outstanding.

It’s logistics issues like these which is why I’ve remained unconvinced that there’s a long-term in the transatlantic projects, and you’d hope they will be looked at in further detail to ensure that any potential new clubs from across the pond don’t suffer the same fate.

Crusaders were embroiled in a number of visa issues during their brief stint in Super League, including six players being in the country illegally, and the club was fined £60,000 for visa irregularities.

It will be a test for Toronto on and off the pitch over the next few months – if they find themselves in Super League at the start of next year, that’s all that matters.