The Burgess brothers were in action for South Sydney Rabbitohs in the NRL at the weekend.

Now, it is not to say that alarm bells would have been ringing after the Rabbitohs’ painful loss to the Roosters last week but more a huge wake up call for Wayne Bennett’s men. However, with the NRL finals structure, there came one more bite of the cherry for the Souths as they faced Manly in what was an epic semi-final contest. Despite no Sam Burgess last week, the Bunnies captain returned to the fold in great fashion in a game that ran through the Rabbitohs forward pack. The 30-year-old was as solid as ever in defence with 32 tackles as well as racking up 93 metres from 12 carries in a hard fought 34-26 win over the Sea Eagles.

It was a much more influential display from Slammin’ Sam especially when his side looked to have been running on empty going into the end of the season. The hopes of a second NRL crown are still there for Burgess and his men though and they will face Canberra and their own British legion of players for a place in the league’s showpiece event.

When you look way back to the the start of the season and examine how the Rabbitohs were able to to win nine out of their first 10 games, you can certainly look at the half-back combination of Cody Walker and Adam Reynolds who were at one point were running rings around their opponents. However, it is not just that as you can also take in to account how they were able to utilise their forwards. They have been able to use the likes of Tom Burgess so effectively and place themselves on the front foot, with the prop forward bulldozing his way to over 100 metres on several occasions this season and so much so that even with injuries he has the sixth most metres made by a member of his team with 2,218.

The latter part of the season has not been nearly as strong from the England international with injuries and form hampering his progress so that is why it was certainly refreshing to see the 27-year-old at his aggressive best in the win over Manly. The prop put up a vintage display as he made the second most metres by a Souths player with 142 in a game which saw three other members of their forward unit surpass triple digits in metres gained. The Rabbitohs will need to employ similar tactics once again as they come up against the Raiders who have a dominant forward pack themselves but they will need to be careful in terms of not making themselves too predictable, which has been another area of concern over the course of the year. 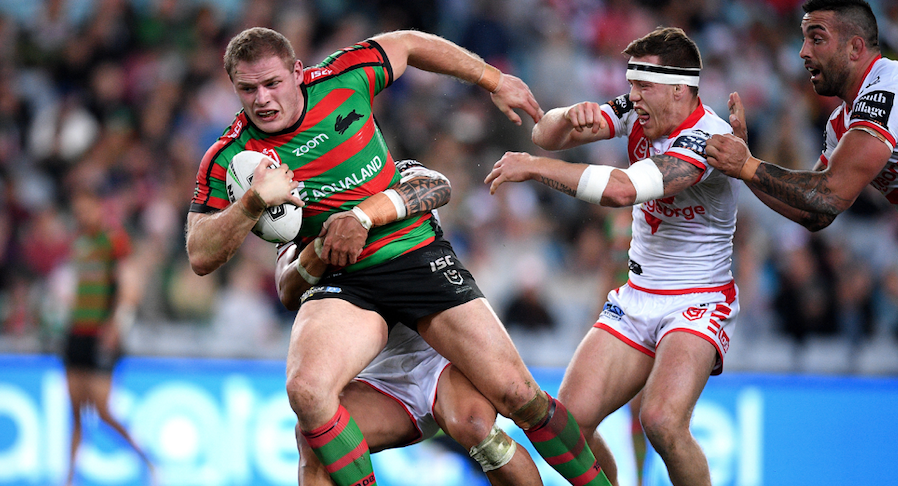 Well it is fair to say that it has not been the greatest of endings to the 27-year-old’s career with South Sydney as in limited fashion the Wigan-bound prop forward was only able to total 27 metres and eight tackles to his name in the win over the Sea Eagles. In a year derailed by suspension, Bennett has taken to the duo of Tevita Tatola and Liam Knight in his absence with both players impressing greatly and meaning Burgess has seen a much more conservative workload as to what we are used to seeing.

But with Burgess’ sheer size and strength, there is no question that he can still leave his mark on any game given the chance and as the dream of a second NRL crown still looms, Burgess has that chance now to make his presence felt in the game against Canberra, going up against fellow compatriots John Bateman, Elliott Whitehead and Ryan Sutton in a Battle of Britain showdown. 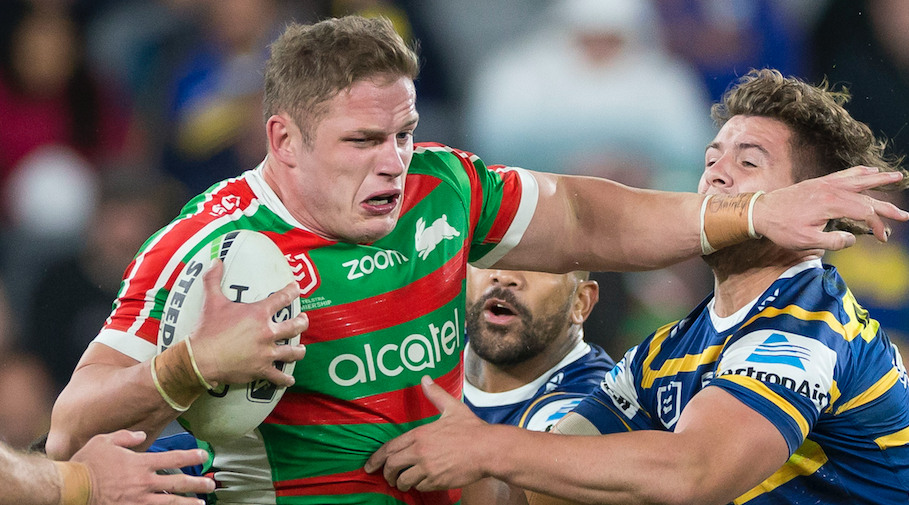 One stays, two go at Dewsbury