For the first time in 20 years, the Thunder from the north east are just a promotion away from a return to Super League, where they enjoyed a solitary season in 1999.

Two seasons in the Northern Ford Premiership at the turn of the century, where they were scrambling amongst the bottom few, was the last time that Gateshead Thunder, now Newcastle of course, could earn a return to Super League on the pitch.

After the lower tiers were split in to two ahead of the 2003 season, they have only spent one season in the Championship – back in 2009, when there was no promotion in place due to the licensing system.

Now, after Newcastle were elevated to the Championship following Leigh’s jump up to Super League off the back of Toronto’s demise, their ambitious plans for the future have moved closer to fruition.

And whatever happens in the future, it’s been a hell of a journey for their small hardcore of fans and those who have contributed on and off the pitch.

A recent piece looking at record winless streaks saw Gateshead crop up a few times, and that led to me reaching out to Chris Hood, a stalwart of the club who served as a player, coach and director of rugby. 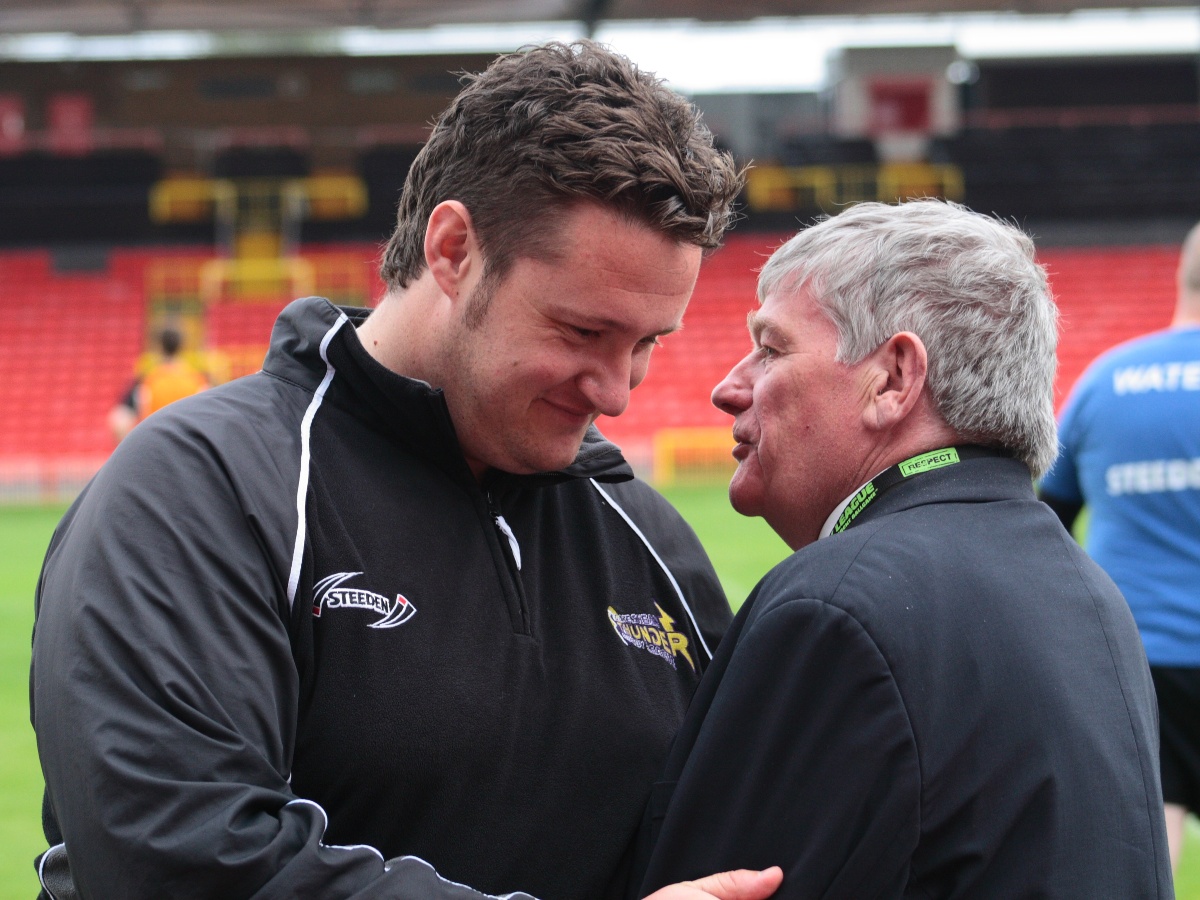 “I shed a few tears that night,” recalled Hood, as we discussed the game against Workington in 2012 that ended their 32-game winless streak.

He had been around the club in the 1999 Super League season, as captain of the Thunder academy, and remained part of it when it was re-formed in the lower tiers following the controversial merger with Hull Sharks, which saw the vast majority of the team relocate to East Yorkshire.

After a few years in the bottom few places of the professional ladder, they reached the National League 2 play-offs in 2005 and 2006, before only Blackpool Panthers finished below them in 2007.

But fast forward a year, and – in a season that this very website sponsored them – they were champions and earned promotion to the Championship.

“We were 250/1 to win the league at the start of the season. We put so much work in. We had some unbelievable players, like Andrew Henderson, Luke Branighan, Michael Knowles, Nick Youngquest, Russ Aitken came at the end of the French season. 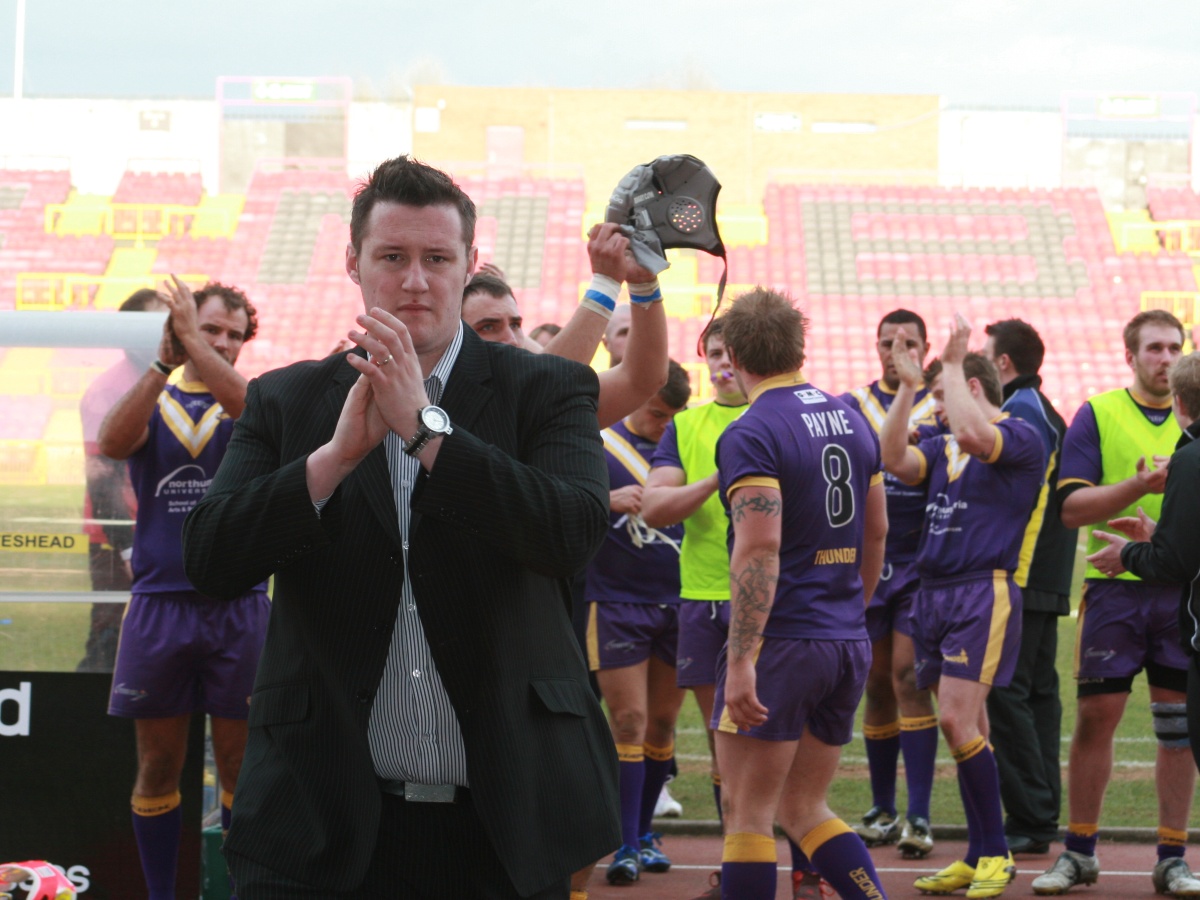 “In Championship, we were beating Widnes, Barrow, Halifax. And we thought ‘we’re established now’ but then the owners ripped the plug out of the wall.

“It was back to square one.”

The complex ownership structure at Thunder resulted in the main benefactor pulling his backing, and as a result, Gateshead took relegation back to League One – earning a reprieve, ironically, for Leigh.

They finished bottom in the 2010 season, winning just one game, and failed to win at all in 2011.

The Workington win ended that run, though even that proved to be their only win of the 2012 season.

“We want through a boat load of players. It was really tough. We found out a lot about people. Certain players who could not do it were found out pretty quick.

“But we found some absolute gems who were pure rugby league players committed to the cause, like Rhys Clarke, Ryan Clarke, Joe Brown and Jason Payne, who were getting very little money and giving it their all for the team.

“It was hugely demoralising. Professional sport is all about competing, ultimately winning and having success. We didn’t have the resources to be able to be competitive. The biggest disappointment that we weren’t able to give everything players deserved to succeed. The club was running on a shoestring and the input players were putting in was nowhere near what we were paying them.

“I wish we had been able to give what their efforts deserved. To be able to look back and realise we weren’t able to and realise it wasn’t for the want of trying, it was just the cards we had been dealt, and the players still stuck by it. Defeats weren’t going to put them in the shop window to sign elsewhere, but it was their desire for their teammates and for the fans to keep going.

“The lowest point was losing 132-0 away at Blackpool Panthers. They were full of established professionals and their owner had said they’d give each player £1 a point so they were going for everything.

“We couldn’t see the wood for the trees. But we stuck with it, because we’d given it so much and if Gateshead is going to be a success then it needed to be more than a team, but a club. I decided to step aside to become Director of Rugby, to get the academy going and create the pathways and community side, bring in young players like Crawford Matthews.

“Once we got that win, it was a massive point to say ‘we’re viable here’. We’re competitive. The duck was broken, the monkey was off our back, and we were able to really commit to moving forward.”

One of the players from the 2008 title winning team, Kevin Neighbour, returned to head coach the side and gradually their fortunes improved.

In 2015, the Newcastle Falcons took over the club, relocating it to Kingston Park and renaming the rugby league side to Newcastle Thunder.

Silverware followed in 2016 with the League 1 Shield and then a year on from the disappointment of a play-off final loss to Oldham, they were granted promotion to Championship following a bidding process via the RFL and an independent panel.

“I’m pleased for the fans who’ve been there from day one who now have a more than competitive team playing in the Championship, and have some big teams coming back like 2009 with some wonderful facilities.

“It’s huge for people like the Jim Bradleys, Kevin Barlows etc who have been standing on the terraces watching Thunder getting stuffed, travelling to south Wales and yet they kept coming back spending their money, nothing was keeping them there other than their love of the club. 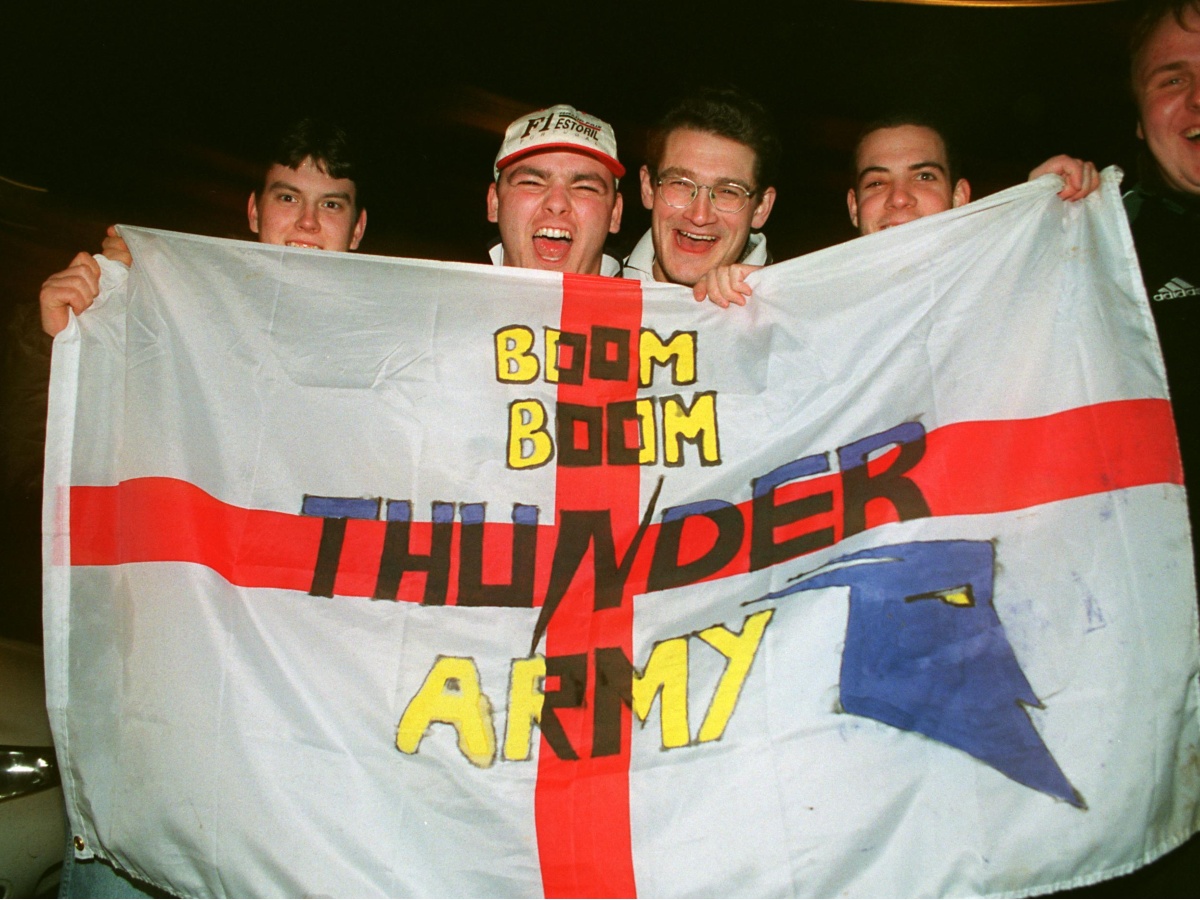 “Looking back at being stood on the pitch at Fylde after the 132-0 and thinking ‘what’s the point here’ and seeing the fans consoling the players – that was my whole reason for being involved. The passion of the fans and the north east players, wanting to bring success for their efforts and commitments, in the face of adversity.

“The efforts from people to keep things going through those tough years; the club wouldn’t have what it’s got now without 2010/11. Just like it wouldn’t have had success in 2008/09 without the efforts of 2001/02. To have success, you need to have lows with it and persevere.

“I hope everybody remembers the whole journey of Thunder. People think of it like it was four or five different clubs because of breakdowns of finances and shareholders, but in real terms its not. There’s been a core of people who’ve been there since before Thunder formed in 1999. Mick Hogan is a prime example, myself, there were ball boys in 1999 that ended up playing for the club.”

Gateshead finished sixth in their only season in Super League, winning 19 of their 30 games, including wins over St Helens and Wigan.

Winger Matt Daylight was joint-top try scorer in the competition, but in November 1999, they revealed they had lost £700,000 in their maiden year and were merged with Hull Sharks and paid a fee of £1.25m.

Hood added: “It shouldn’t be defined as something that’s had some failures, it should be a testament to the commitment and to the cause, the desire to never give up, and that’s starting to show now thankfully, because people have stuck at it and wanted rugby league to be there.

“Newcastle United get criticism that they haven’t won anything for years, and it’s true, but north east fans don’t want to win everything. They just want to be seen as equals, to be competitive and to show they’re as good as everyone else.

“Players like Brown and Clarke can tell the stories of what the club was like to shine a light on where the club is now. They’ve made some astute signings and I’ve got no doubt they’ll do incredibly well this year, and hopefully keep building towards Super League.”

About James Gordon 7298 Articles
Love Rugby League editor. Founded the website back in 2005. Worked with a range of clubs and sponsors during that time. Also commentates for BBC.
Website Twitter LinkedIn