Toronto have reached Super League after three years, and will now look to shape what the promised land looks like moving forward.

It’s going to take more than one club to transform rugby league’s future, amidst a backdrop of commercial and broadcasting uncertainty, but Toronto will be hoping that the progress that they have made will encourage others to follow suit.

Wolfpack captain Josh McCrone said: “Rugby league has got to grow to survive, everywhere in the world.

“Toronto is fantastic city to start the expansion, it’s one of the best cities I’ve ever been to in the world. The sky’s the limit for football in Toronto.”

While coach Brian McDermott’s comments were delivered poorly, albeit with the best of intentions no doubt, the fact is that whatever glamorous city rugby league spreads to next is dependent on a millionaire owner with bottomless pockets, at least to get it going.

A challenge for Toronto will be building allies as they look to influence change in the top flight. The most obvious one would be Catalans, their fellow franchise club who are well established in the competition, and of course enjoyed Challenge Cup glory little over 12 months ago which prompted a Super League record crowd at Nou Camp for their fixture against Wigan in May.

Those strapped for cash or decent facilities in the bottom half of the table may be threatened by the new dawn on the horizon, while the big boys at the top may even be wary of Toronto ending their monopoly on major finals, perhaps even more significantly than the incredible story of Salford.

Maybe then semi-final and final crowds might grow, with drops evident in support from clubs who have routinely made those big occasions in recent years.

One of the big clubs that haven’t always seen eye to eye with their peers, Leeds, may well find an ally in Toronto, the Rhinos boasting that “city” image that their rivals from across the Pennines (apart from Salford, Brian) don’t.

Toronto to keep 90% of their squad for Super League

It’s good to hear that Toronto are promoting stability within their squad, and are expecting to retain 90% of the players that got them there. They have had a large turnover of players in their three seasons of existence, somewhat understandably, and adding three or four quality additions to make them compete will be welcomed.

It will also be interesting to see how any adversity effects their following – though last season’s Million Pound Game defeat to London Broncos was brushed off admirably. It’s easy to support a team that’s winning every week, but perhaps not so much when things don’t always go your way. The beauty of big city rugby league is even with this, there are plenty of people to come in when others drop out, and the sell-out crowd at the play-off final proves there is some demand beyond the capacity of the Lamport Stadium.

We await to hear the exact plans for Toronto in Super League, but they won’t play in Canada until at least the end of April, when they will have home games in blocks. Prior to then, they are expected to take some home games on the road in Europe. It would make great sense if these were their “loop” home fixtures, which would then at least mean all 11 Super League clubs get their trip to Toronto, and doesn’t give advantage to any that avoid the trip, or a disadvantage to clubs who face Toronto away twice. 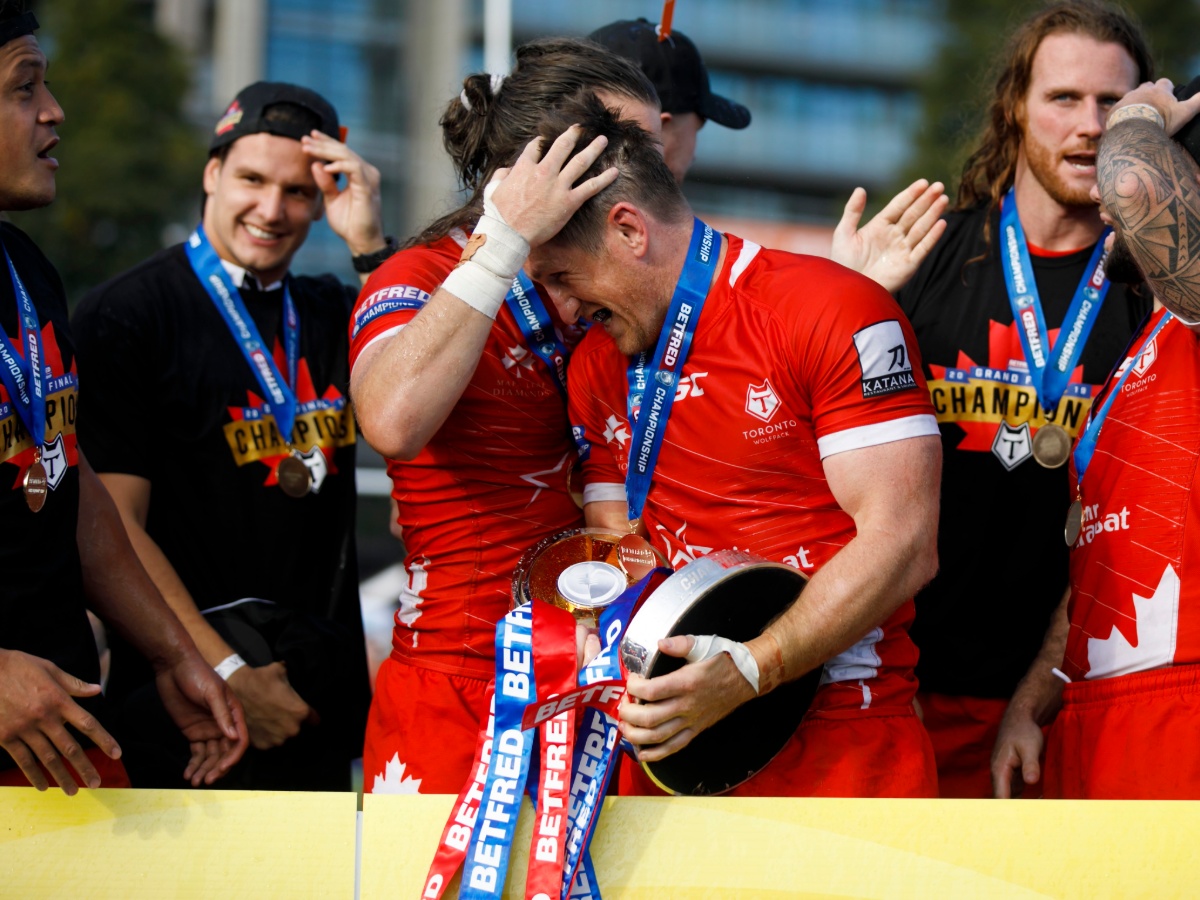 Toronto will, like Catalans, benefit from having home games at a settled date and time, likely to be a Saturday evening, which is at least a positive for the armchair viewer – they won’t have to put up with the scheduling conflicts that moving games to Thursday night can create.

An interesting suggestion was made that perhaps Toronto’s inclusion should see Super League go to having an odd number of teams, the thinking being that the team that plays away in Toronto gets the following weekend off. It will no doubt mean a few more Sunday matches than we have been used to.

The Wolfpack will become the 23rd, and by far most intriguing, addition to Super League come February and the sky’s the limit.