Swinton have presented former player Stan Laing with a replacement medal after the original was lost.

Laing played for the Lions in the 1960s and 1970s alongside the likes of Ken Gowers and Alan Buckley at Station Road.

His most treasured memory of his time at Swinton was when the Lions defeated Salford in the 1970 Lancashire Sheild Final.

But sadly his winner’s medal was to go permanently missing in a subsequent house move.

Lions CEO Steve Wild tells the story: “Stan and his family team at Glossop Caravans have been fantastic supporters of the Lions for a number of years, so when we heard Stan’s account of the missing medal we were determined to do something about it.

“First of all we tracked down an original medal from the game in question, and for that we need to thank Gary Robinson, whose dad Brian captained the Swinton team when the final was won 51 years ago.

“We then engaged a specialist jeweller to make an exact copy in solid silver, and finally with the assistance of Ralph Rimmer, we were able to “re-unite” Stan with his lost medal!

“It was a fantastic feeling to be able to give something back to Stan as a token of our appreciation.” 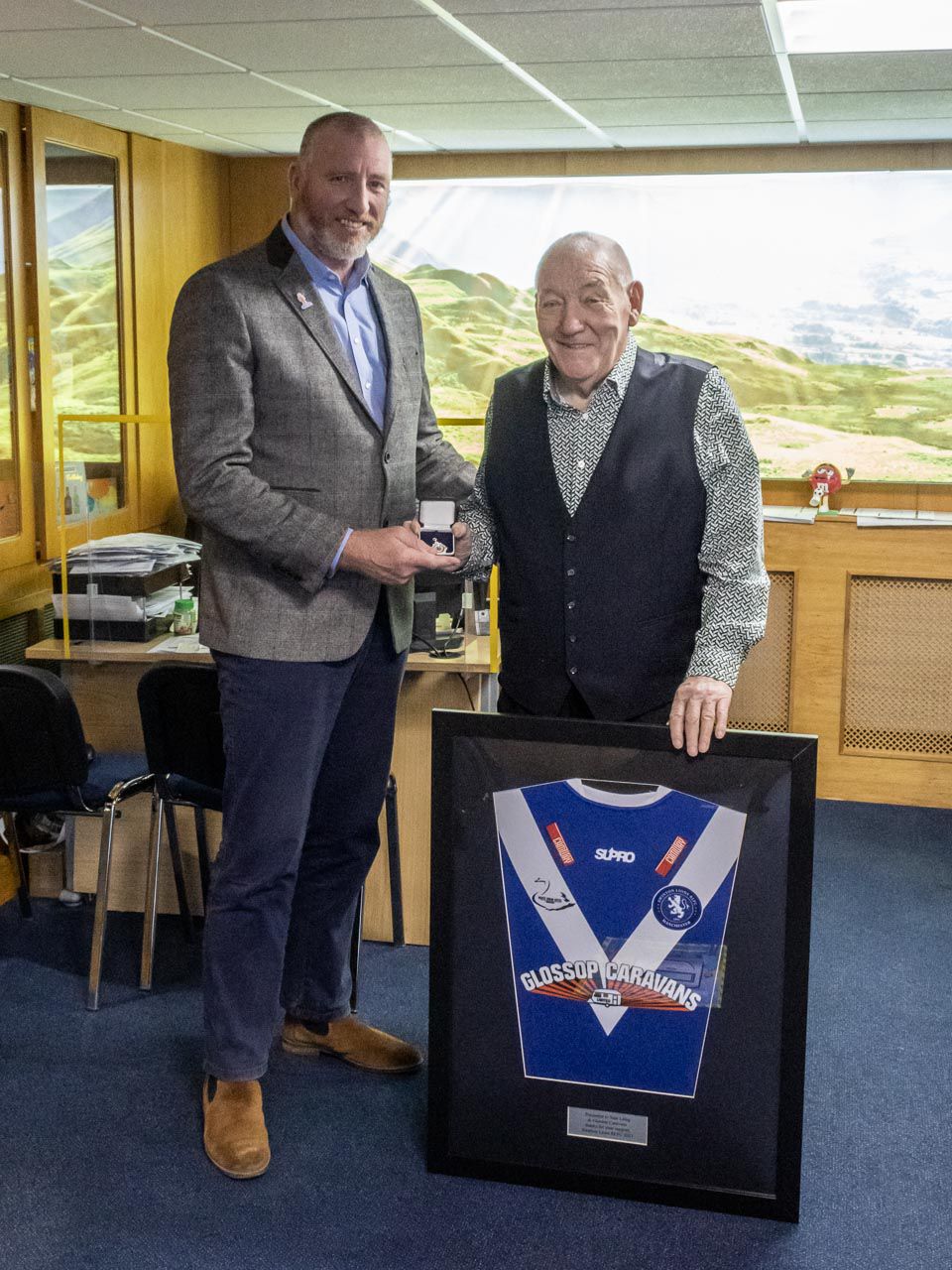 Rimmer said: “I have been a resident of Glossop for a long time, and Stan and I have come across each other several times and discussed our mutual love of the sport over a brew.

“He is a proper character, and I was delighted when Steve at Swinton Lions contacted me to ask if I could pop down and help out. It was a privilege to do so.

“Medals are hard earned in rugby league, and Stan will have fought hard for this one and it’s another piece of the rich tapestry of the sport.”