Ryan Brierley is hoping to fulfil his dream of playing in a World Cup with Scotland later this year.

If selected, the 28-year-old will play in his first World Cup this autumn after missing the tournament in 2017 due to injury.

Scotland have been drawn in a group with Australia, Fiji and Italy for the 2021 World Cup which is hosted in England – and Brierley is eager to make sure he is in Nathan Graham’s squad.

He told Love Rugby League: “I think first and foremost is that I’ve got to play well for Leigh to get into the Scotland squad. I think it is probably the pinnacle of your career to play in a World Cup.

“Unfortunately, I missed out on the 2017 World Cup through injury while I was at Toronto. I remember being at the airport and I got the phone call that I wasn’t allowed to travel to Australia which was a big dream of mine. This World Cup couldn’t come quick enough for me, it is something I want to tick off and I don’t think there is a prouder moment than leading your country out in a World Cup.

“It is certainly spine tingling when you start thinking of the events we’ve got like playing against the likes of Australia. You don’t get those opportunities very often and representing my family and my country is something I’m very proud to do.

“I’m under now illusion how tough the competition is going to be to get in the squad but I’m just going to focus on what I can control and that’s playing well for Leigh and if I am in the squad at the end of the year then it means I have done something good for Leigh in the last 12 months and thats my sole focus at the moment.”

The Leigh full-back was born and raised in England but qualifies to play for Scotland via the family heritage rule.

Brierley has won seven caps for the Bravehearts to date and is incredibly passionate about representing Scotland and his family.

He said: “When you get selected as one of the best players in your country, I don’t think that can be looked past.

“If you get selected to represent your country, it is a massive honour but it is also testament to how hard you’ve worked in your career because when I was 19, 20, 21 – I didn’t get selected for international duty.

“I just love being part of the Scotland camps in general. People are there to represent their country and their families. It is a real honour to be part of the squads and hopefully I can keep representing them.

“To be vice-captain of the country is one of the proudest moments I’ve experienced and I’ll never forget how that feels.” 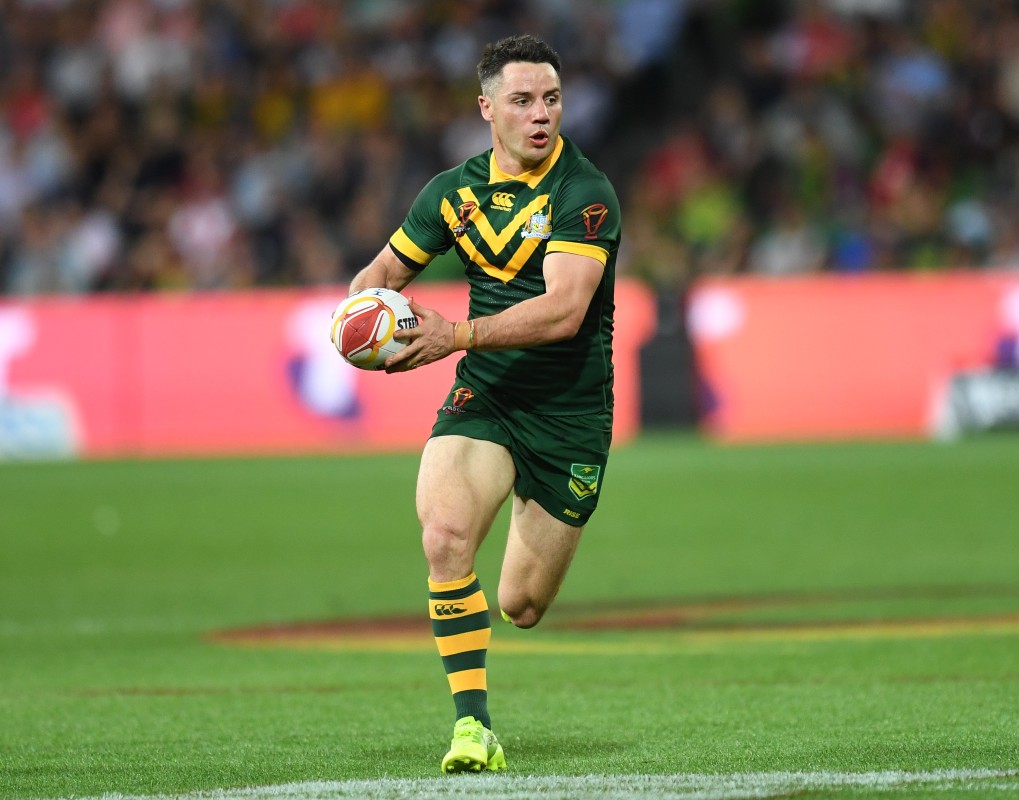 Brierley made his international debut for Scotland in the 2016 Four Nations, scoring a try in a defeat against Australia.

He revealed a fanboy moment after that game – a chat with opposite number and Player of the Tournament Cooper Cronk in the changing rooms, who Brierley had looked up to for years prior to that test match.

Brierley recalled: “When I played in the Four Nations a few years ago, we played Australia and I was in the changing rooms with Cooper Cronk after the game. I was sat there having a drink with him thinking ‘this isn’t real’ – I had idolised him for many years.

“He was just a normal guy who chatted with me and asked me about myself. I’ve always said that I’m a rugby league fan first, player second.

“I do get those fanboy moments like last year I did a bit of coaching with Danny McGuire. I’ll always be grateful for those moments and it kind of keeps me grounded and humble. I do appreciate good players and good role models so if I can achieve half of what they’ve achieved in their careers, then I’ll certainly retire a happy man.”

The interview was wrapped up by Brierley saying: “Everything I do is for my family, my little girl and hopefully I can keep making them proud.”

About Drew Darbyshire 7878 Articles
Love Rugby League Deputy Editor. Joined the site ahead of the 2017 World Cup and been a full-time reporter since 2018.
Twitter

Wakefield have reportedly signed Australian forward Jai Whitbread for 2022, whilst there will be a professional rugby league club based in Cornwall next season. [Read more…]

Catalans forward Greg Bird is facing a spell on the sidelines after suffering a torn bicep in the win over Wigan at the Nou Camp. [Read more…]