The upcoming week of NRL fixtures sees the return of the Indigenous round and as usual we take an in depth look into each fixture…..

Parramatta Eels vs Penrith Panthers (10.50am)

The first game of the Indigenous round sees the Eels take on a Penrith who look to be sinking to lower depths after another substantial loss and this time to the Warriors.

The Panthers remain rock bottom of the ladder as they continue to struggle for any form of consistency. Over the first 10 rounds they sit with the least number of tries (21) and metres made (12,265) by any team this year, further cementing their struggles.

The Eels are on a bit of rough patch themselves after two consecutive losses but a return to the new stomping ground of Bankwest Stadium might be exactly what they need to just inject a little bit of life into their season. 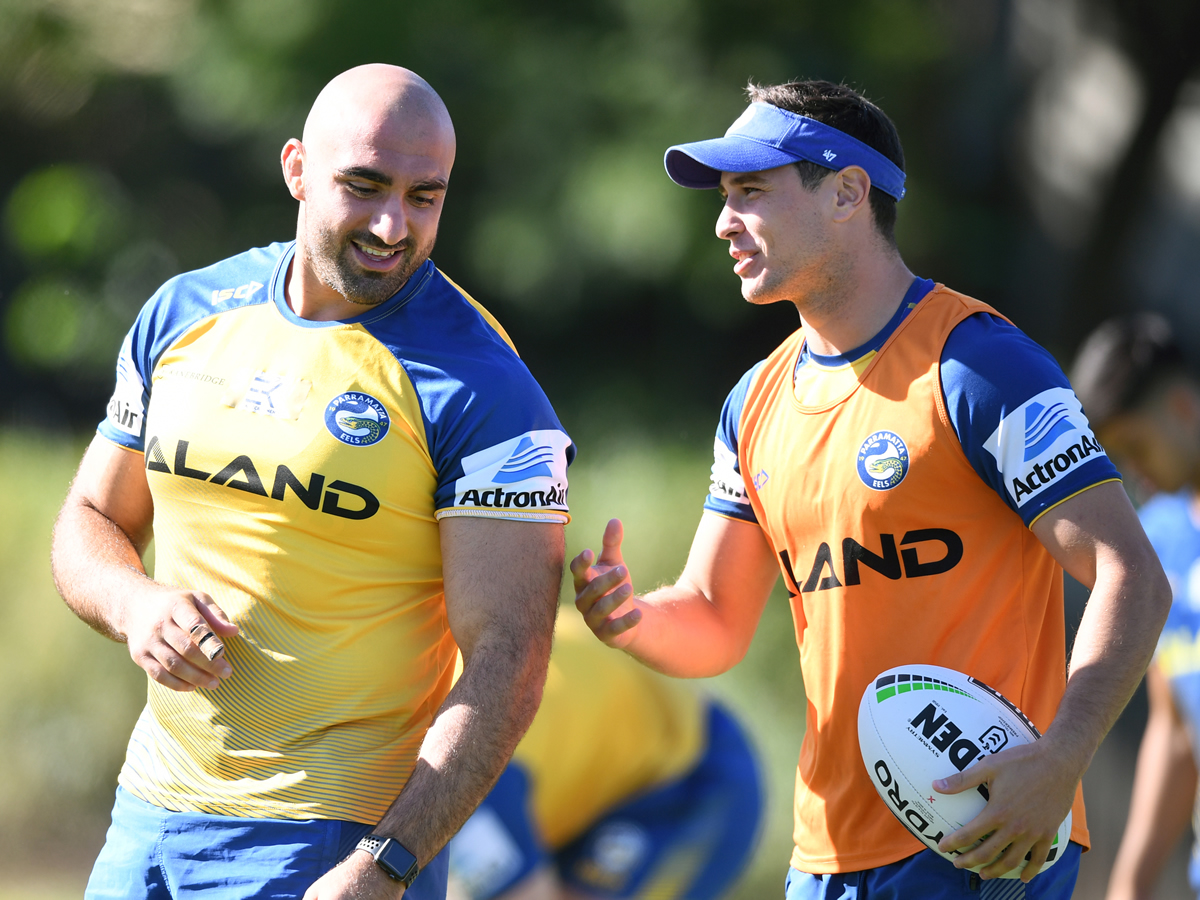 Team news: Tim Mannah has been named back in the starting line up for Parramatta as well as Maika Sivo. The influential Blake Ferguson moves to centre while Brad Takairangi and Daniel Alvaro have been dropped to the interchange bench.

More changes from Penrith to fight this slump. Josh Mansour is back on the wing as to is Brian To’o who fills in for Dallin Watene-Zelezniak, who has been given permission to speak to other clubs. The forward sees Frank Winterstein and Reagan Campbell-Gillard come in while James Fisher-Harris moves from second row to lock.

Despite an injury laden season thus far, losing the likes of Daly Cherry Evans and Tom Trbojevic through injury, the Northern Beaches side have still managed to continue their impressive start to the season following a 24-14 win over Cronulla. The Sea Eagles sit in 5th place but level on points with Canberra in fourth.

Even though the Titans started off at 100mph against Canterbury going 16-0 up inside the first 20 minutes, they were only just able to see it out and that has been a key issue for Gold Coast over the course of the season. We have seen a few fast starts to games by the Titans this season and Manly would be wise not to underestimate an opponent they struggled against last year.

Team news: Even though they have had their fair share on injuries this season, Manly will take comfort in naming the exact same squad as last week.

A couple of changes for the Titans sees Moeaki Fotuakia reclaim a starting spot and Keegan Hipgrave and Shannon Boyd named amongst the bench.

Newcastle Knights vs Sydney Roosters (10.55am) 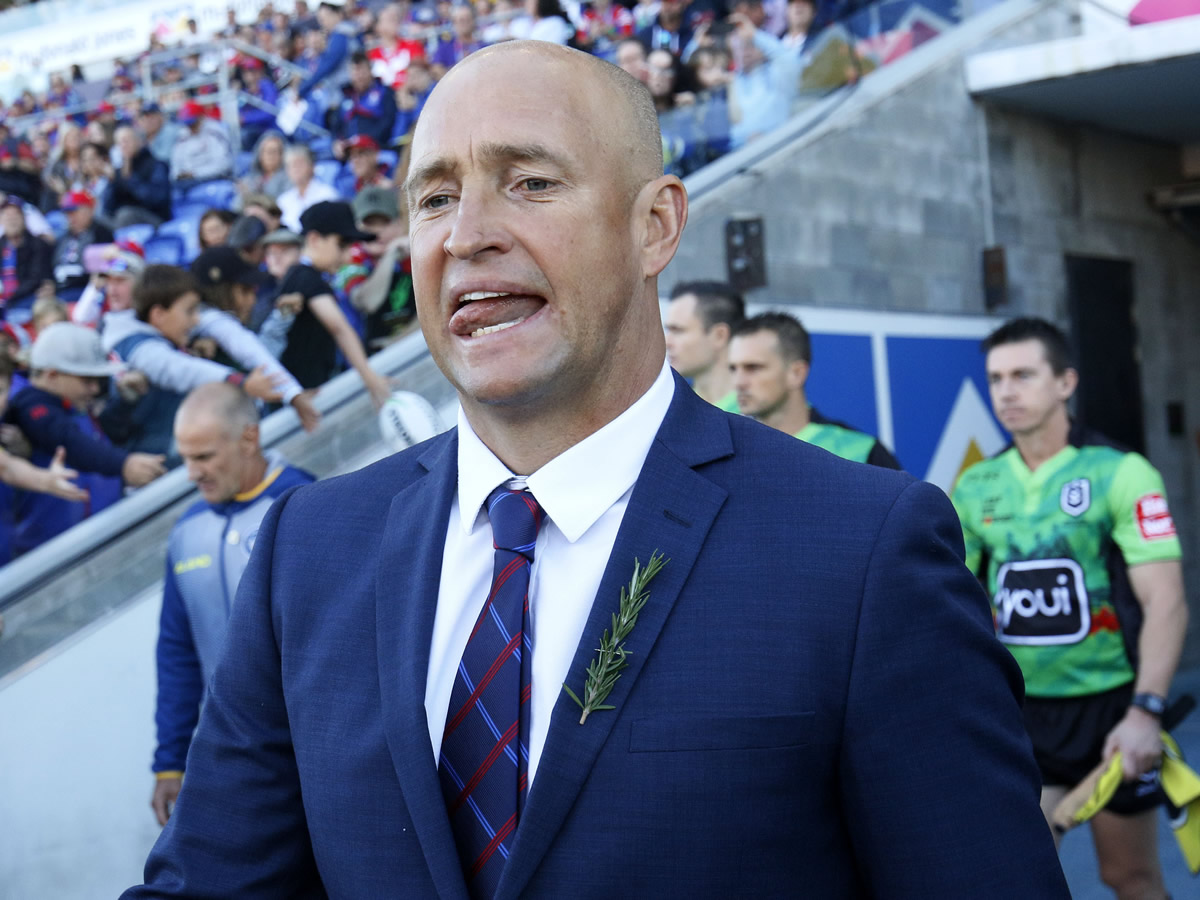 Well, it looks as if Nathan Brown and his Newcastle side have found a new lease of life in recent weeks. It was not even long ago that we saw the Knights struggling to keep within the top eight picture, but now after a string of dominant performances they now find themselves right in the mix sitting in sixth place. The combination of Kalyn Ponga and Mitchell Pearce working wonders as they have looked more like the team many were expecting at the start of the season.

So, could this be a perfect time to play the Roosters who despite playing some of the best rugby all season suffered a shock loss to Brisbane last time out. The battle between Newcastle’s playmakers and Sydney’s aggressive forward pack stand as key to the outcome of this game as well as a gigantic fullback tussle between James Tedesco and Kalyn Ponga.

Team news: The Knights keep the same side as last week as they look to continue their impressive stretch. Connor Watson and Kurt Mann made a late switch in the halves last time and Nathan Brown could stick with that same plan here.

The Roosters will be bolstered by a returning Boyd Cordner and Daniel Tupou while Ryan Hall is named on the reserves.

Are the Raiders a true contender this season? It has certainly been a bit of a head scratcher this season, we have seen them take their opponents to the sword but despite holding their own against bigger clubs like both Sydney sides they still found themselves coming up short. So, the question remains, and they will no doubt look to cement their case here.

The Raiders face a Cowboys side that look a different entity since Jason Taumalolo returned to the mix. Both sides forward lines remain integral to this game as both have seen plenty of productivity over the course of the season.

Team news: The Raiders come out unscathed after a brutal game against the Rabbitohs and will happy with the impending return of Joe Tapine off the bench.

No Ben Hampton for the Cowboys means Gideon Gela-Mosby comes in at winger and Josh Mcguire is named on the reserves.

It was not long ago that it looked as if the Broncos were going to miss out on the top eight this year but we know how quickly things can change in this sport and on the back of consecutive wins, Anthony Seibold’s men are now in 11th place and two points adrift of a post season spot.

They now face in the Warriors who are on their own little hot streak after consecutive wins. The signing of Kodi Nikorima seems to have a solidified the halves and freed things up for such an attacking side and he will get another chance to show that here against his former side. The resilient defence that Brisbane showed in their win over the Roosters will have to be on point here.

Team news: A suspended Agnatius Paasi brings in Bunty Afoa at starting prop for the Warriors and Adam Blair has been selected on the bench.

For the Broncos it remains the same team that slayed the Roosters last week, Tevita Pangai Jr is named at lock and James Roberts is amongst the reserves.

The Tigers are right in thick of it this season as they sit with five wins and five losses in 7th place and could be quietly confident about the potential for NRL finals towards the back end of the season. The 1st place Rabbitohs stand in their way though. The Tigers may possess a rough, tough and experienced pack but will need to pull out every trick they can in this one as if the likes of Cody Walker, Damien Cook and Sam Burgess are on the field for the most part then it could end up being a long day for Michael Maguire’s men. The Bunnies forward line may still be feeling the effects of a hard-fought encounter against Canberra themselves but stay a huge threat as always.

There will be some interesting match ups to keep an eye on in this one whether it be Cook vs Robbie Farah or Cody Walker vs Benji Marshall. All in all, it promises to be an intriguing affair.

Team news: A fine amount of comfort for Rabbitohs coach Wayne Bennett with no changes to the squad that secured a sixth straight win.

The Tigers make a couple of changes with Paul Momrivoski named as a centre and Robert Jennings on the wing in place of Mahe Fonua.

Canterbury Bulldogs vs Melbourne Storm (5.00am)

If the last game between these two teams was anything to by then its Dogs certainly not afraid of taking to the 2018 runners up. The Storm may have come out as eventual winners 18-16, however Canterbury certainly took it the Craig Bellamy’s side and led for most of the game. 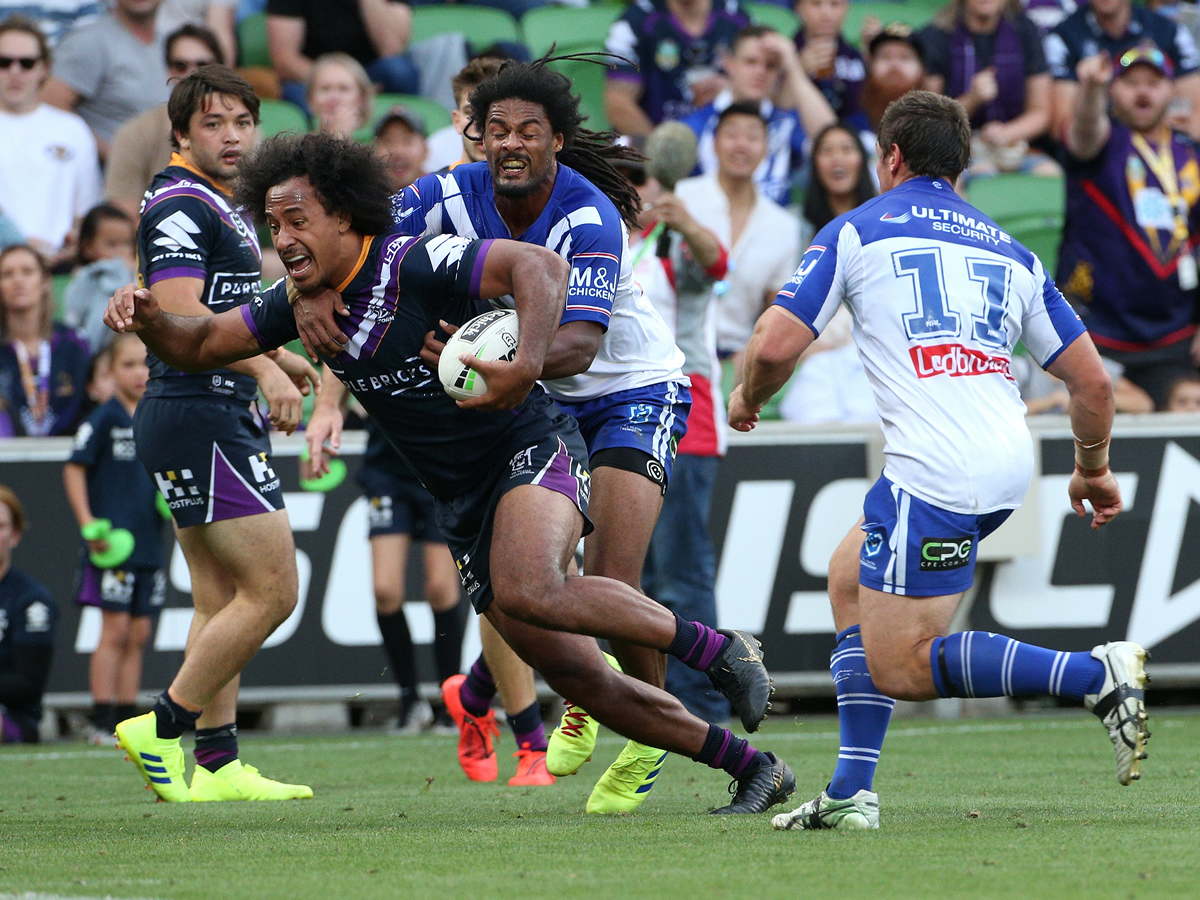 This game though they will be in much more familiar territory at Belmore and will full of confidence after coming from 16-0 down to beat the Titans last week. Both sides will be looking to their halves to exploit any gaps or weaknesses in their opponents’ lines, with Keiran Foran being a huge influence for the Bulldogs last week and Dally M hopeful Cameron Munster leading the way for the Victoria based side.

Team news: Only one change for the Bulldogs as Jayden Okunbor (foot) is replaced by Christian Crichton.

The Storm’s impending return of Jahrome Hughes is set to force the electric rookie Ryan Papenhuyzen to the bench while Christian Welch is out due to a knee injury.

Well, it looks like times have certainly changed for the Dragons in recent weeks as only a month ago the Dragons were staring at a four-game win streak before facing the Roosters. Now, as we approach round 11, Paul McGregor’s men are now on the back of a four-game skid with a fifth one on the bounce being a sucker punch to their season’s ambitions.

A stronger more improved game defensively will be vital here for the Dragons as well looking to see if the young guns in the likes of Zac Lomax can step up where it counts. As for the Sharks consistency will be key as they will look to take a strong foothold in the game from the get go.

Team news: It changes a plenty for the Dragons as they looked to end this recent slump. Two notable changes see Matt Dufty and Mikaela Ravalawa dropped with Zac Lomax moving to fullback and Euan Aitken at centre. Another injection of youth sees Jonus Pearson make his debut and Reece Robson play his first game of the year. Korbin Sims makes a return form a broken arm on the bench.

It is the same 17 for Cronulla but Matt Moylan (hamstring) is named in the reserves.