England’s hopes of booking their spot in a home World Cup final were dashed following a 20-6 defeat to New Zealand in front of a 7,000-strong crowd at York.

Craig Richards’ side gave the three-time world champions a close run for their money in the opening half but ultimately failed to pick up their first ever world cup win over New Zealand.

Despite the disappointment of a semi-final heartbreak, England provided a far tougher challenge to the Kiwi Ferns than they did in the 2017 tournament.

On that occasion, New Zealand put 50 points on the board as they comfortably stamped their way into the final.

England’s progress was clear for all to see at York’s LNER Community Stadium. While the despair of defeat is likely to linger on, the team will undoubtedly be encouraged by their efforts. What’s more, they will be determined to get even closer by the time the 2025 world cup kicks off in France.

Fuelled by the adulation of 7,139 fans, England quickly got to work as they looked to capitalise on their early burst of adrenaline.

The hosts put their opponents under immediate pressure and they were quickly rewarded for their offensive initiative.

A long kick from Georgia Roche bobbled awkwardly and forced an error from Kiwi Ferns’ Apii Nicholls. As the full-back spilled the ball, England picked up possession 20 metres out and made full use of the opportunity.

The Lionesses worked the ball out wide, with Roche finding Goldthorp who penetrated a gap in the New Zealand defence before crashing over. A successful conversion from Tara Stanley made it 6-0 inside the opening three minutes.

England continued to attack until the 10th minute mark but failed to find another breakthrough just as the initiative began to switch.

With quarter-of-an-hour on the clock, the Kiwi Ferns hit back. A forceful burst from Amber Hall saw her escape the clutches of two England players before offloading the ball to Mele Hufanga.

The centre made no mistake from close range as she touched down to make it 6-4. Brianna Clark’s kick glided just wide of the posts, keeping England a whisker in front.

The lead looked precarious as the Kiwi Ferns began to pile on the pressure in the final stage of the first-half. Inevitably, New Zealand edged ahead on the half hour mark through Raecene McGregor.

Following a string of penalties, the three-time world champions found themselves close to the whitewash, with McGregor finishing the job from close range. The scrum-half dummied a pass before stepping through a gap to make it 8-6. However, with Clark’s conversion hitting the post, England went into half-time break down by just two points. 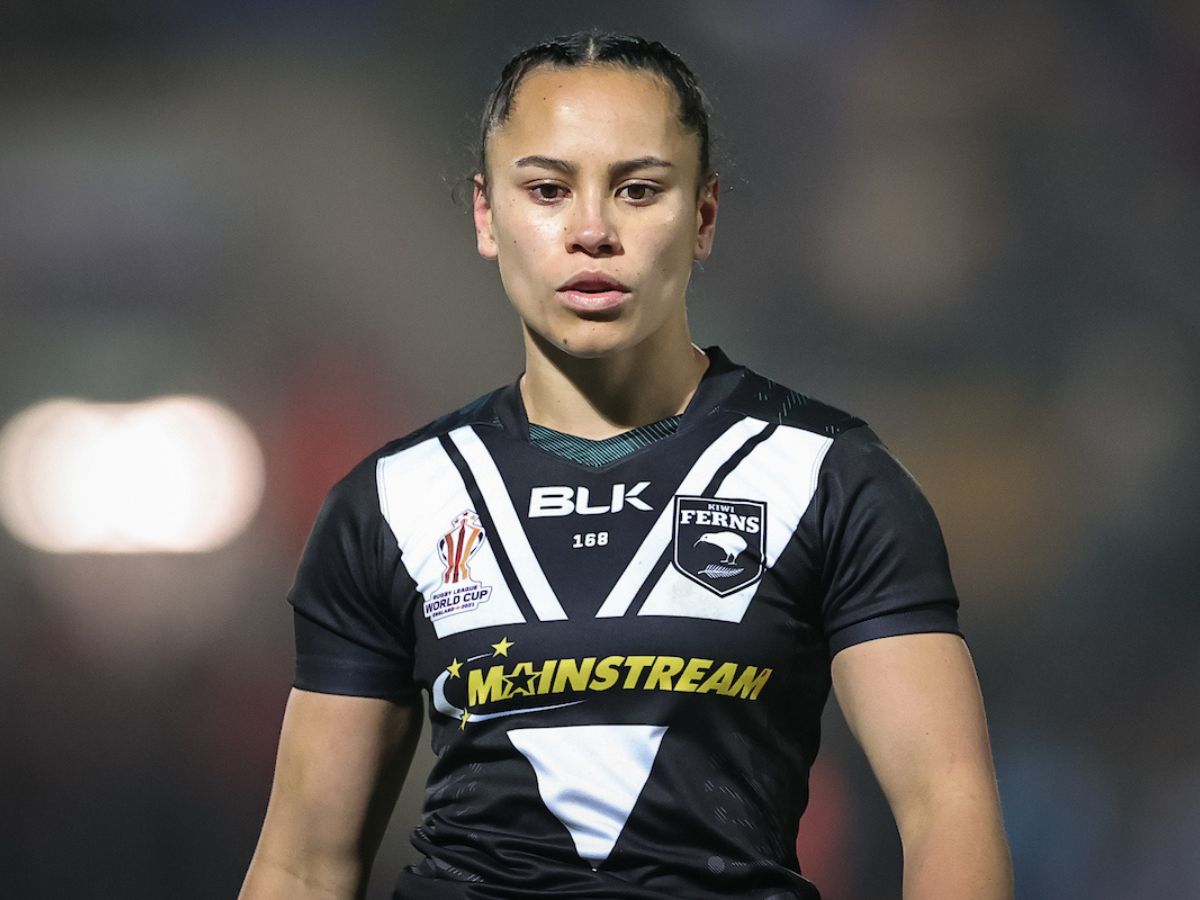 The Lionesses needed to make a solid start after the restart, though it was the Kiwi Ferns who ran their opponents ragged to score their third effort of the match.

Hufanga, who was causing serious problems, brought New Zealand within 15metres of the try-line before handing off to Nicholls. The full-back couldn’t cross herself and fired a huge pass out wide. The Kiwi Ferns had England stretched and it was Otesa Pule who got over the whitewash.

Nicholls took over the kicking duties and fired her side 14-6 ahead. The kicking tee was back in her grasp five minutes later as Clark scored a superb 20metre try to extend her team’s advantage. With 25 minutes remaining, the Kiwi Ferns now held an impressive 20-6 lead.

England had few opportunities in the second half as New Zealand began to tighten the screw defensively.

Ultimately, the Kiwi Ferns held out for the win and will now take on Australia in the world cup final at Old Trafford.

Mike Cooper: I’ve no doubt England will win a World Cup in the future