Jason Demetriou has fond memories of his time in England, including being player-coach at Keighley as well as being a fan’s favourite at Wakefield.

The 46-year-old is currently enjoying his first time being a head coach in the NRL with South Sydney Rabbitohs.

But it was in England where he first cut his teeth in coaching. He took the coaching reins at Keighley in 2011, a role which he combined with his playing duties.

Speaking to Rabbitohs.com about his time at Keighley, Demetriou said: “It was good. It shaped my coaching really well actually because we had nothing. I was head coach but I played too.

“I was keen to retire (from playing whilst head coach) but we didn’t have money to sign players and I knew I could still offer a bit in the lower leagues so I picked and chose when I trained.

“It was a bit different in its challenges because you’ve got to back up what you are talking about. You can’t give a half-time talk if you are out there playing terrible.

Becoming a legend at Wakefield 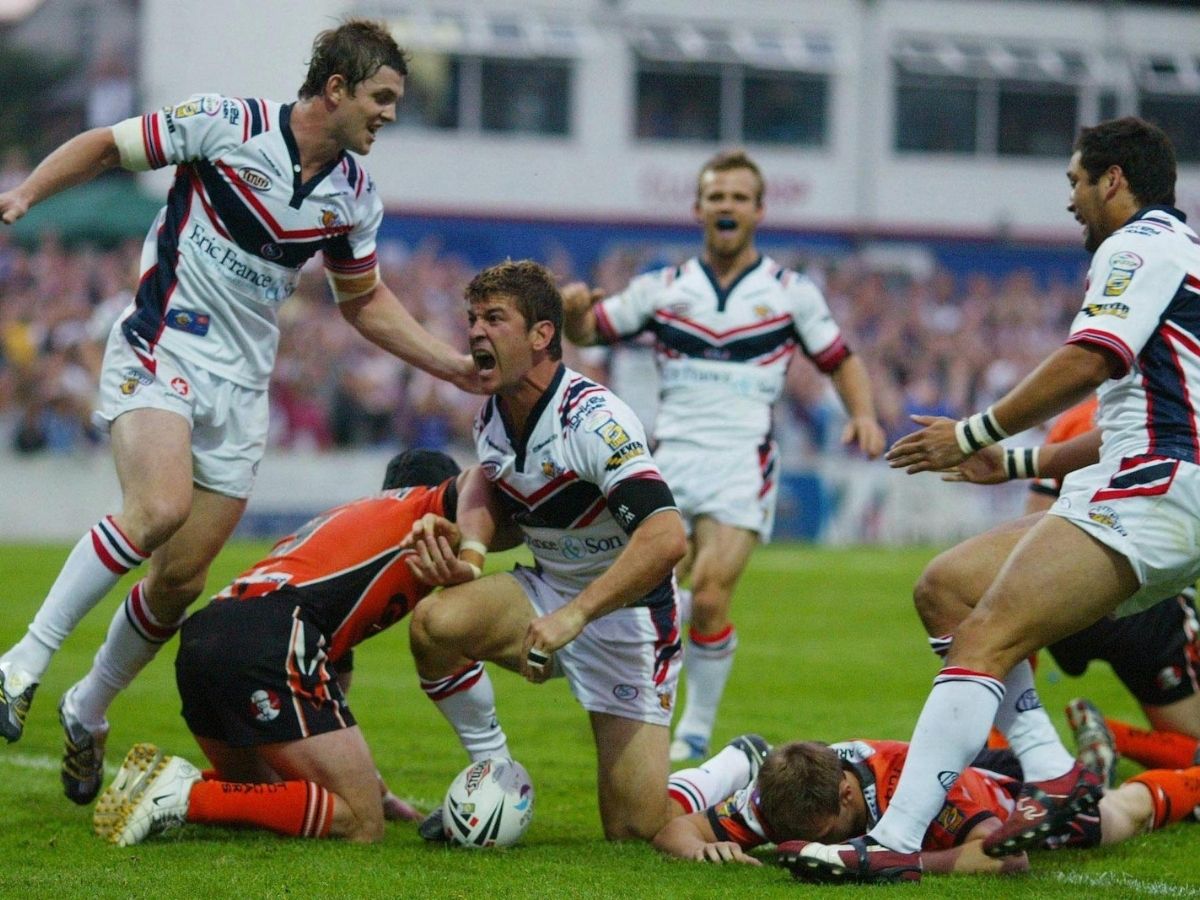 It was at Wakefield where he became a legend and one of the best overseas signings of the Super League era.

He scored 75 tries in 188 appearances for Trinity and was shortlisted alongside James Roby and Trent Barrett in the 2007 season.

Demetriou said: “It was my best year. I was shortlised for Man of Steel with James Roby and Trent Barrett.

“There are some years where you feel like everything goes for you – you’re fit, you’re strong, you’re confident.

“We had our second child midway through that year. Our family was good so that year was definitely the highlight of my career.”

Demetriou also represented his Greek and Canadian heritage on the international scene.

He returned to his Australian homeland in 2013, where he spent two seasons as Northern Pride coach. He won 40 of his 51 games in charge of Pride. Demetriou guided them to Queensland Cup success in his second season.

The Sydney-born man succeeded Wayne Bennett as Rabbitohs head coach ahead of this season.

About Drew Darbyshire 7869 Articles
Love Rugby League Deputy Editor. Joined the site ahead of the 2017 World Cup and been a full-time reporter since 2018.
Twitter

The official video to launch the 2018 Betfred Super League season has been released. [Read more…]

St Helens coach Keiron Cunningham has hailed the work done by Brian Smith at Wakefield, after it was confirmed this week that the Trinity coach had left his post.