Full-back Jack Welsby has committed his future to St Helens, signing a new three-year contract which will keep him at the club until at least the end of the 2025 season.

He went from strength to strength in 2021 following a string of impressive performances – most notably two hat-tricks in the club’s Super League victories over Hull FC.

Welsby signed for the St Helens Academy in 2014, having played his amateur rugby for Shevington and Blackbrook.

His meteoric rise was rewarded after he was given the number one shirt ahead of the 2022 season, taking the place of Lachlan Coote following his departure to Hull KR.

Welsby, who was named in England’s recent training squad alongside team-mate Matty Lees – who also agreed new terms earlier this week – has scored six times in 15 appearances so far this season, taking his total for the club to 32 tries in 70 games. 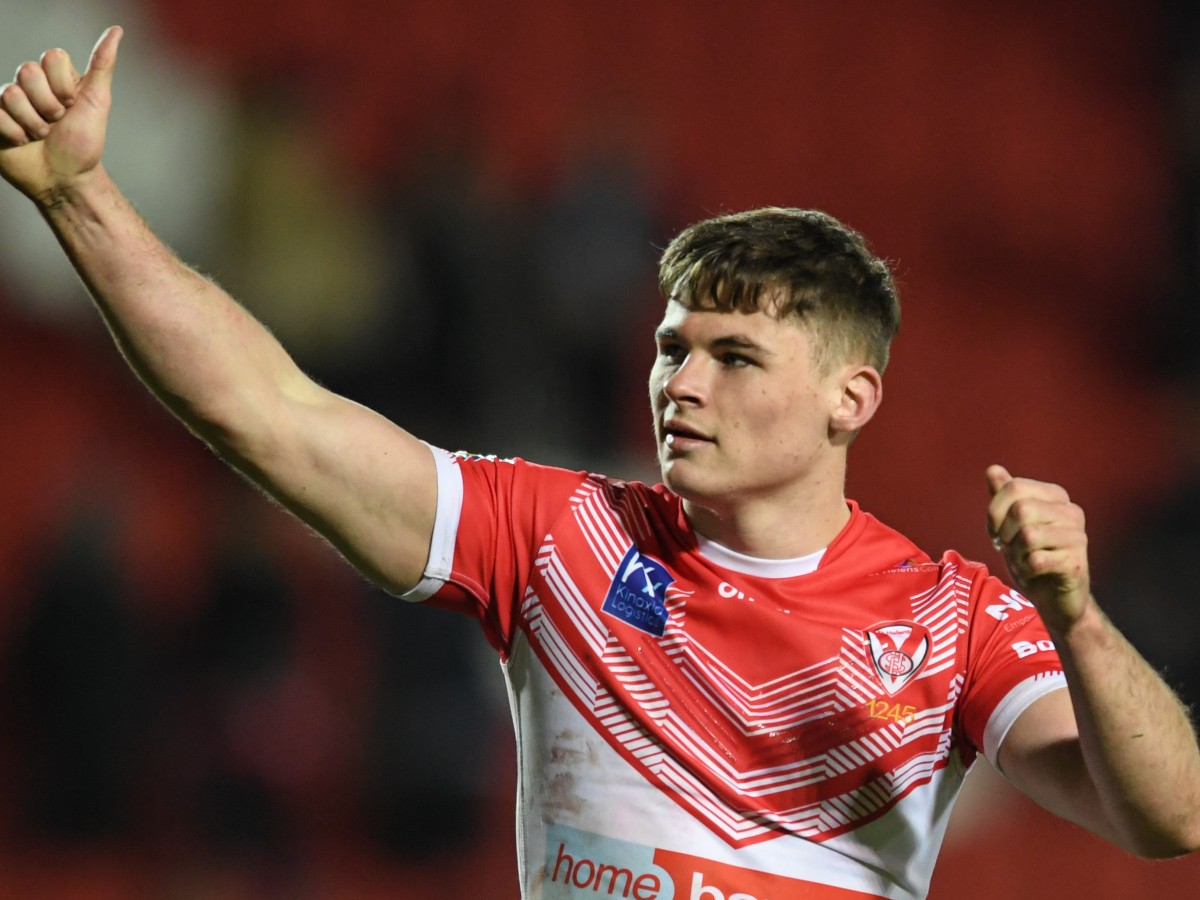 Discussing his new deal, the full-back said: “It’s another dream come true. I have always wanted to be at this Club, ever since I first joined, I only ever saw myself playing for Saints.

“I have only ever known this group of players I am playing with at the minute and the likes of James Roby and Jonny Lomax have had such a big impact on me and on this Club as a whole.

“When I was given the number one shirt last year, it was a big deal for myself. I might not have said it, but I have always seen myself playing at full back. I have been very fortunate to have the likes of Paul Wellens and Jonny Lomax around me and I have learnt a lot so far.

“I am by no means the complete player yet, I have a long way to go and I am looking forward to the years ahead.”

‘A leader in the group’

“Jack’s signature is an outstanding signing for the club,” he said. “Over the last couple of years, he has progressed from being a talented young player, into a bloke who is one of the first picked in our team every week.

“He is a leader in the group and will only continue to improve in his on-field performances and his influence as a leader. He has already had a massive impact on the competition and on our team in particular.

“This new deal is a great opportunity for him to continue his development and continue to develop that path of becoming one of the best players in Super League.”