It is a question being asked in the far south of France by Benoit Albert as he tries to put the reins on Elite One side Palau Broncos.

The little Catalan club has a big reputation for wearing its heart on its blood and gold sleeve and if there was a championship for red and yellow cards, Palau would top the league table every year.

Coach Albert (himself recently suspended for un petit over-exuberance in the technical area during a match) admits he has a fight on his hands to maintain the passion while keeping his players on the pitch.

He told Love Rugby League: “This is a very special place, the Stade George Vaills is quite famous in French Rugby League as a tough place to play at. They’re very friendly before and after the game here at Palau but for 80 minutes they can give you hell on the pitch.

“It is an historic French club that has a unique Catalan pedigree. It’s a very small town Palau Del Vidre but there is big support for Rugby League. You won’t find much talk about rugby union in these parts.

“And we need to keep that passion, but we also need to keep our players on the pitch. You cannot play Rugby League without a certain level of aggression but it is no good being aggressive when you’re sat in the stand on suspension.”

The 42-year-old former Catalans Dragons’ reserves coach has just seen the first two wins of the season for Palau after four months rooted to the bottom of the table and Albert believes there are more successes ahead if his players cut back the passion and let their skills do the talking.

Just two yellow cards during Sunday’s 27-10 victory over Albi is a huge sign of improvement for the Broncos.

LATEST: French round-up: Catalans back on TV and wins are like buses for Palau

“We’re going in the right direction,” said Albert. “It feels good to get two consecutive wins after nine defeats in a row and you can see by the reaction of the players how much it means to them.

“The boys have improved all levels of their game and while we are far from perfect we are making progress.

“It was difficult to play today without our half-back Amine Miloudi (brother of man-of-the-match Hakim) who has a contusion in his leg since our last game but hopefully he will be back for our next game, away to Carcassonne.

They may be minnows in French Rugby League but they're the movers and shakers in Elite One at the moment… Palau Broncos are off the bottom – top six here we come!!
❤💛🐴 pic.twitter.com/OPFNtyWWcc

“It will be a huge challenge because Carcassonne are the Mont Blanc of French Rugby League, a mountain, they play consistently at a very high professional level with top quality players and serious financial support.

“It is important that we play to our very best because when you go to Carcassonne it is always difficult.”

Albert took over as Palau coach from Olivier Elima (whose reputation as a fiery forward for Catalans Dragons ensures legendary status in these parts) three months ago and since then he has been working hard to turn the season around after nine straight defeats. 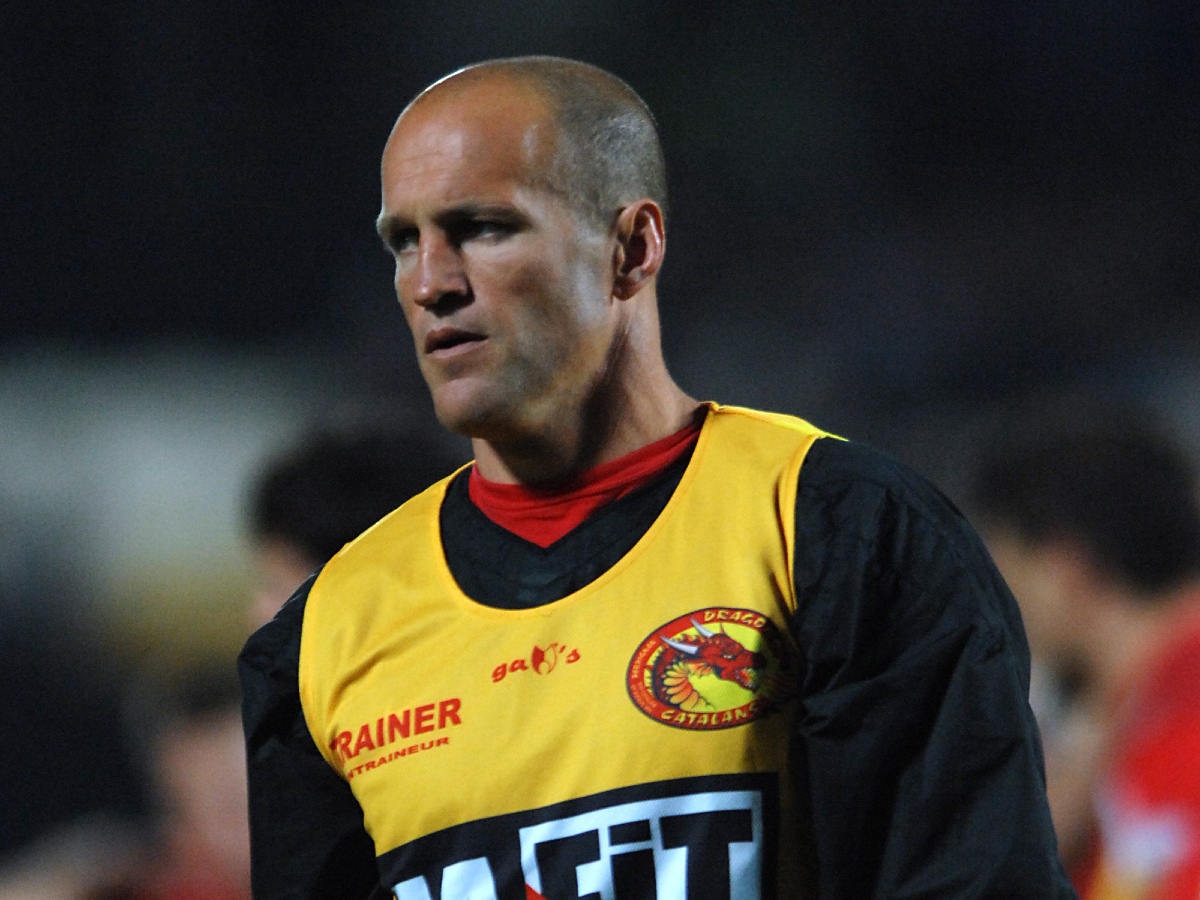 He brought his St Esteve assistant coach Rodney Howe with him, the former Melbourne and Widnes prop bringing vast experience of the Australian and English game.

“We’ve tried to bring in a winning mentality to the team and encourage the players to do that bit extra that is needed in any successful squad,” said Albert.

“It is important that players enjoy training and want to do more. Palau is a very sociable club and it is clear that the players are good friends and stick together on the pitch.

“We need to behave at a high level and we are trying to teach that to the players.”

Albert was born into a rugby union family in Perpignan but he soon chose League, playing and then coaching at Pia Donkeys for ten years and helping the club reach a remarkable run of  cup and championship success in the noughties.

His elevation to coaching at the Dragons was rewarded with the Elite One title in 2019 and two Lord Derby Cup victories for St Esteve XIII Catalan.

He is very proud of his achievements and he would love to take his coaching career to the very top of the game if the opportunity arose.

“I enjoyed my time playing and coaching at Pia,” said Albert: “We had a very strong team there at the time and we showed what a so-called small club was capable of with the right attitude.

“Of course, I then went to Catalans Dragons which is the ultimate level at the moment for Rugby League in France, working with some of the superstars of the game.

“Once I became head coach of the reserves I tried to bring all of that experience into my coaching of the young players. I take a lot of pleasure from coaching, it is really satisfying to be able to teach things.

“I have completed all of my conditioning and coaching courses; in 2012 I had an internship with Hull FC and I spent time at Sydney Roosters the year before. I had six years at Catalans Dragons and if the opportunity came up in the future to coach at the highest professional level of course I would be interested.

“But here I am at Palau, the most passionate club in the world, and I couldn’t be happier at the moment.

“With great leaders like Jean-Claude Touxagas and our current owners, Palau is renowned as a hotbed of the game.

“I’m very proud to be coach of this club and it is an honour to be able to help it proceed and progress on and off the pitch.”

Albert believes standards in the French game are on the rise thanks to the influence of the Dragons and Toulouse Olympique, many of whose former players end up at championship clubs.

He said: “Elite One has improved dramatically in recent seasons because of the influx of players with NRL and Super League experience. These guys have been coached at the highest level and their skills are bound to raise standards.

“Everyone involved in the French game wants the national team to be strong again and improving standards in Elite One can only help.

“It is incredible the solidarity and cohesion we have seen in the French game over the past 12 months. Players and club officials have had to dig deep to continue playing without supporters.

“At Palau, our partners (sponsors) have been fantastic and we have launched a club lottery to help bring in funds which has seen many people offer their support.

“It is this kind of passion that will ensure French Rugby League survives.”