The pandemic has presented unprecedented challenges for everyone, not least young players at pivotal times in their formative years.

It’s acknowledged that 2021 will very much be a transition year. There will be no formal academy competition, to ensure that the players that have missed out on more than a year of rugby league activity will be able to get as much game time as possible as they seek to earn a career as a full-time athlete.

From 2022, the mandatory reserve grade will return for club’s with an academy, where the age level for the academy will alter from the current Under 19s to Under 18s.

The RFL’s Head of Talent and Player Development, Dave Rotheram, has overseen the return of academy players to action – while also putting together the required information sent to clubs for the future.

He said: “We’re quite lucky we’ve got academies under elite sport standards, so we’ve got to act responsibly. Clubs understand the obligations and there are challenges regarding the availability of facilities, appropriate playing venues and we’ll give them as much support as we can. 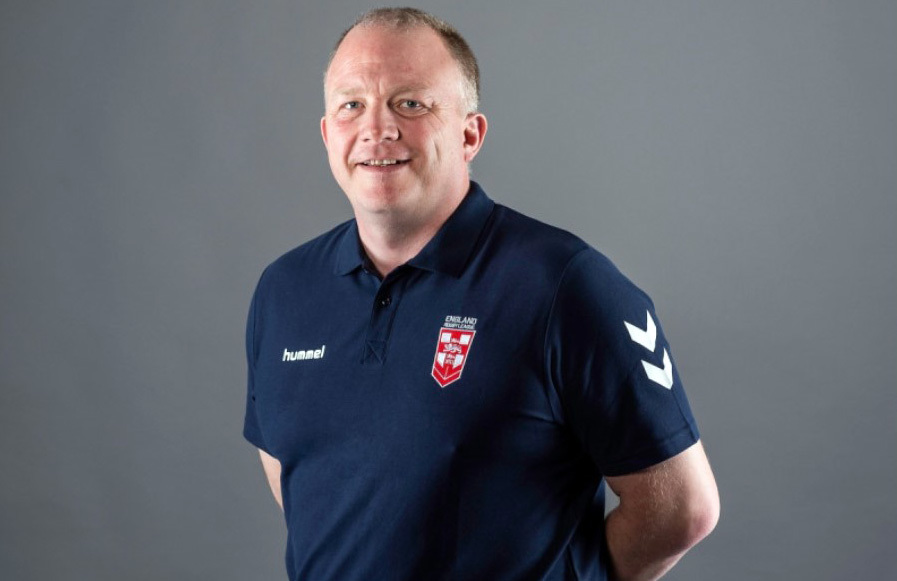 “They have missed a year of training as maturing young players, as they look to transition from the academy to become a full-time rugby player, which is the ultimate goal.

“We’ve mandated the academy licence application to say they must run Under 18s and reserves from 2022, so we can get the programme back to where it needs to be. It’s a transitional year, it’s not ideal, but it’s the best we can make out of the situation.”

At the end of this year too, the academy licenses will be reviewed. It is believed that Salford and Leigh have submitted applications to join the party, while at least one other club has been turned away due to not being in Super League.

Currently there are two clubs outside the top flight running category one academies – Bradford and Newcastle. A third, Widnes, decided do disband theirs at the end of 2020 citing the uncertainty over the funding which is largely controlled by Super League clubs.

Their experience of this post the club’s administration in 2019, when more than £80,000 in funding – earned by the success of their academy – was withheld in a vote of the 12 top flight clubs.

The decision to disband the academy was a hammer blow to Vikings chief executive Phil Finney, who has been instrumental in the growth of the Vikings’ player development, which had been ongoing during their time both inside and outside of Super League.

The academy licence period has been changed to be in line with the broadcast contract, which is up at the end of the year. The current funding model sees every academy receive around £100,000 of base funding, with a reward on top of that depending on how productive the academy is.

Clubs then had to match that funding, which didn’t include player wages. Finney estimated that Widnes’ academy was costing around £450,000 a year to run.

Speaking on the Widnes Rugby Chat podcast, he said: “It’s a lot of money to run an academy programme. In Super League, we were able to make the academy almost self-financing with the education programmes and sponsorship initiatives that we ran and we were quite proud of that. We had five full-time members of staff dedicated to working with the academy.

“There are question marks over what the broadcast deal is going to look like and how much funding is going to be available for the first team, so if that’s going to be significantly affected then you can be fairly sure the money coming down to academies will too.

“After what happened in 2019, I’ve got no faith in that process, irrespective of how good we may have been, how many opportunities we’ve given the players.”

Its success, despite the fact that they are often left with the young talent not wanted by St Helens and Wigan, is best reflected by looking through the 12 Super League squads for 2021 and seeing how many have come through at Widnes, that may otherwise have been lost to the game.

Three of the most talented young half-backs in the game – Danny Richardson, Harry Smith and Lewis Dodd – all hail from Widnes but were picked up by the bigger Super League clubs as youngsters, while more than half of the current Widnes first team squad of 25 have come through the club’s system.

“We were running a full-time programme. Other clubs don’t. Our view was the purpose of an academy was to identify young players with potential to become adult, professional rugby league players, but also give them opportunities to better themselves in life.

“The difficult part was we were only just getting started. Imagine what would have come in our next wave?

“The governing body and Super League would maybe look at it slightly different in their definition of what an academy should be doing, and their priority is to develop players for Super League and England.”

Players in Widnes’ system have now been directed into other club academy set-ups where appropriate.

Rotheram said: “I absolutely understand the reasons why they’ve done it, as financially it is a big commitment. It’s a shame for them to go. They’ve done a fabulous job for the game.”

ALSO READ: All of rugby league must be responsible to keep Super League going

Impact on community game and participation

There is an almost unspoken issue within youth rugby league surrounding the way Super League clubs hoover up a large quantity of young talent from an early age.

This is despite the fact that academy bosses only expect three players to break through and earn full-time deals from each age group.

Earlier this week, Hull announced a roster of 110 players from Under 15s up to academy for their centre of excellence.

📋 Hull FC have named over 110 of the regions brightest young rugby league players in their 2021 Centre of Excellence roster, including their academy and scholarship squads!

There are questions as to whether it leads to unrealistic expectations and then means players are left disillusioned with the game by the time they reach adulthood, unless they one of the lucky ones to make it.

That means participation in community rugby league at open age level is decreasing – even if some of these academy structures are providing much needed alternative education routes.

Rotheram said: “Back in 2013, it was decided to limit the number of academies because we didn’t want the community game decimated. We are looking for three players a year that push through to be full-time, then other players that filter in to Championship, League 1 and the National Conference League.

“We’re trying to act in the best interests of players. We don’t want anybody to be disadvantaged.”

Former England captain Jamie Peacock is one of the most decorated players in the game. But he was 21 by the time he made his Super League debut for Bradford and may well not have got his chance in the current climate. 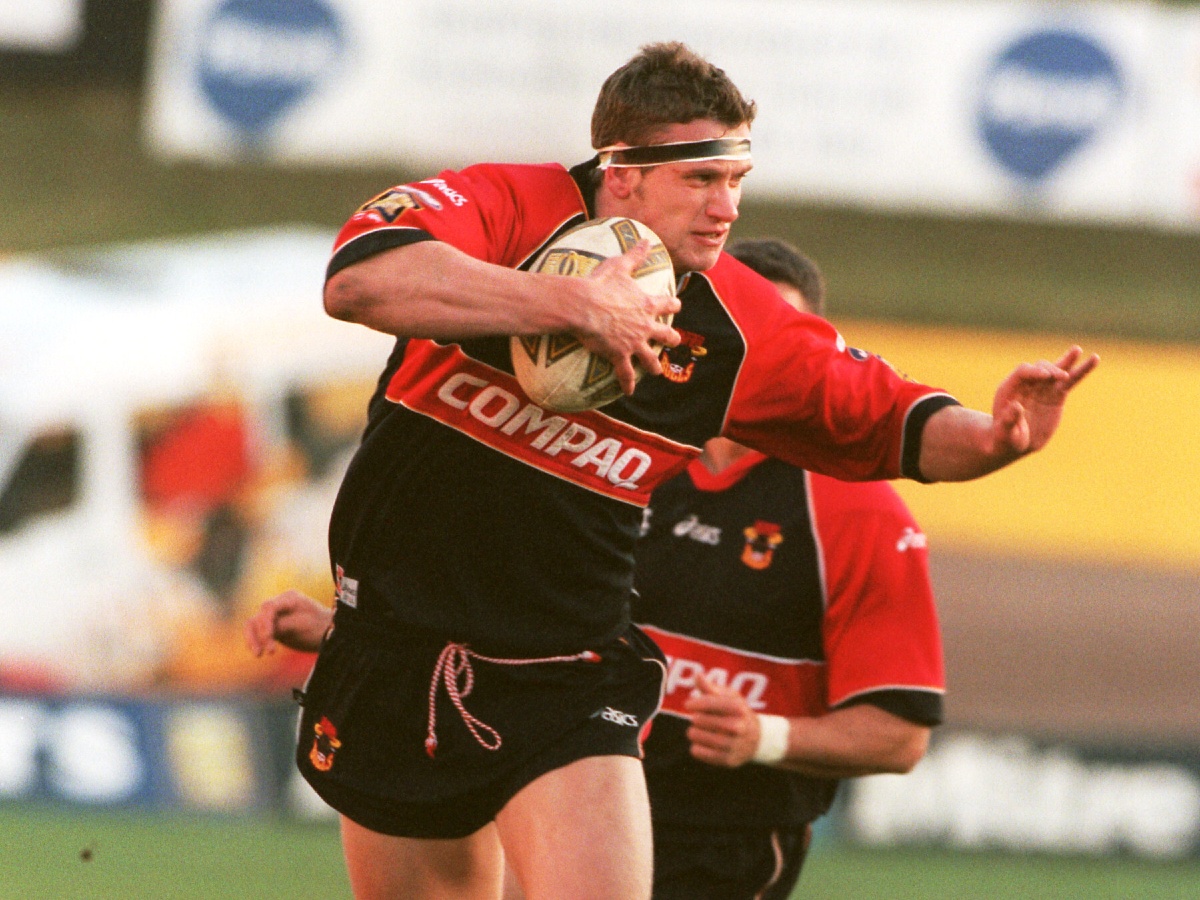 He said: “I think they’re going down the right track now with reserve grade. It’s an essential part of developing players. Players develop physically at 21/22, not 18.

“It is a big problem. They need to let players play for their amateur clubs for longer, maybe at least another season and enable them to stay connected with their amateur club until they turn 18 and then go full-time if they’re good enough.”

One parent told me that their son, not picked up by a scholarship programme, was forced to quit playing rugby league because his junior club simply didn’t have enough players to put a team out after their squad had been decimated by professional clubs signing their players.

Another told a story of false promises made about playing time within an academy set-up, despite the offer of a new contract, which resulted in the player deciding to walk away from rugby league altogether.

Unfortunately, that is not an unfamiliar story connected to the pandemic too – with some players previously in academies deciding their futures lay elsewhere.

Some parents have spoke of how devastated they are that Widnes’ academy is no longer, saying that all they wanted to do was play for the club they supported.

Finney added: “It’s a huge challenge for rugby league as a sport. The volume of players is getting smaller and smaller. We need to address the system.

“We’ve seriously got to ask some tough questions about academy environments and ask are they doing their job?

“I’d have to say, across the board with some notable exceptions, no.”