Burrow Seven put in a promising performance to come home second at Wetherby under Oakley Brown.

It was only its second race in its career so far.

The Jedd O’Keeffe-trained gelding is owned by the Burrow Seven Racing Club. It’s a syndicate created to raise funds for the Rob Burrow Fightback fund.

It is a charity formed to fund research into motor neurone disease.

Burrow Seven, who has already raised over £100,000 for the charity in memberships, ran for the first time earlier in December at Catterick, finishing fifth.

Memberships are sold allowing the public to be a part of a special journey building Burrow’s legacy. Memberships cost £59 and people can join the club by visiting burrowseven.com.

Read more: A look back at how Rob Burrow established himself as one of rugby league’s household names

“I’m absolutely thrilled with the run and the improvement he’s shown from his first start to his second start,” said O’Keeffe.

“I think that gives us a clue to the fact that he’s going to be a really nice jumper.

“I don’t know yet whether we’re going to have another go in a bumper or go straight hurdling, options are open at the moment. But I think this is a clue that he’s got a bright future.

“We thought we’d handle the ground, conditions were no problem.

“I think it’s a nice horse that beat him so we’re looking forward to his future.” 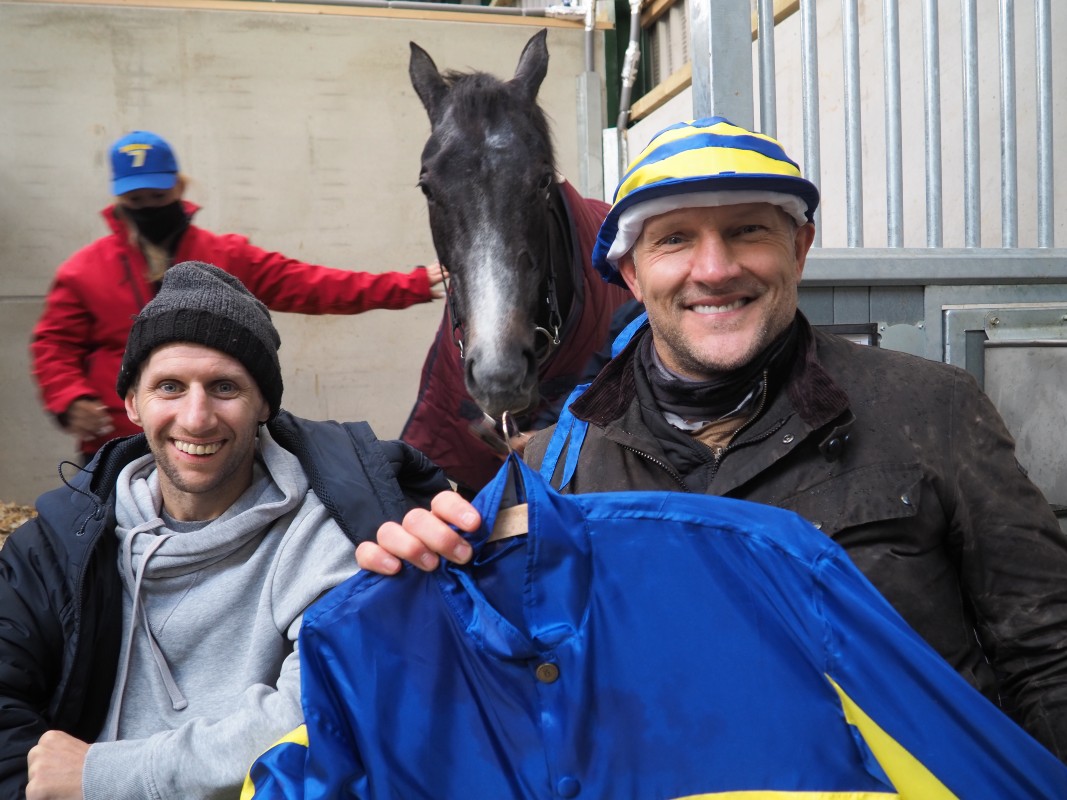 The fundraiser has been made possible thanks to the support of former rugby league player and close friend to Rob, Barrie McDermott, who is now an ambassador for the campaign.

The former Leeds star was diagnosed with MND in December 2019. The disease affects around two in every 100,000 people in the UK each year.

Burrow met the racehorse for the first time on November 2 at Burrow Seven’s training yard in Leyburn, North Yorkshire. He was accompanied by Barrie and his mother and father, Irene and Geoff.

The former England and Great Britain man attended this afternoon’s race at Wetherby with McDermott.