It’s that morning of the year where you can try and get away with stupid jokes and lies all in the name of catching people out – April Fool’s day.

Here are some that caught our eye from the world of rugby league.

Clearly a joke this one, but a relatively humourous one from Hunslet – who have two Phil Hodgsons in their ranks.

In honour of their media man and finance director who share the same name, the club announced all the playing squad had changed their name by deed poll. 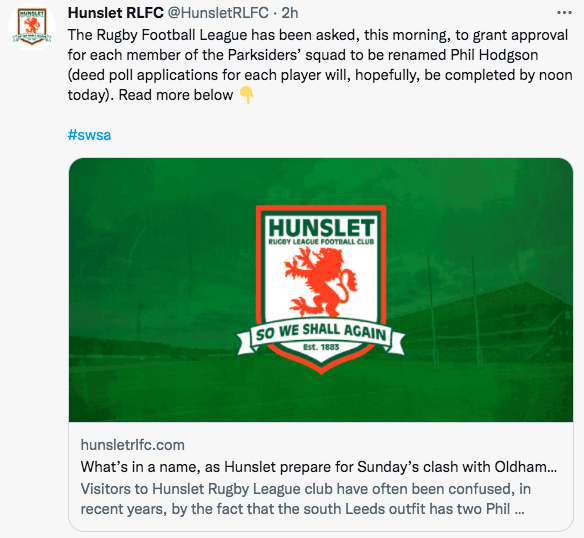 That led to a few social media posts and even a press release with their 21-man squad. 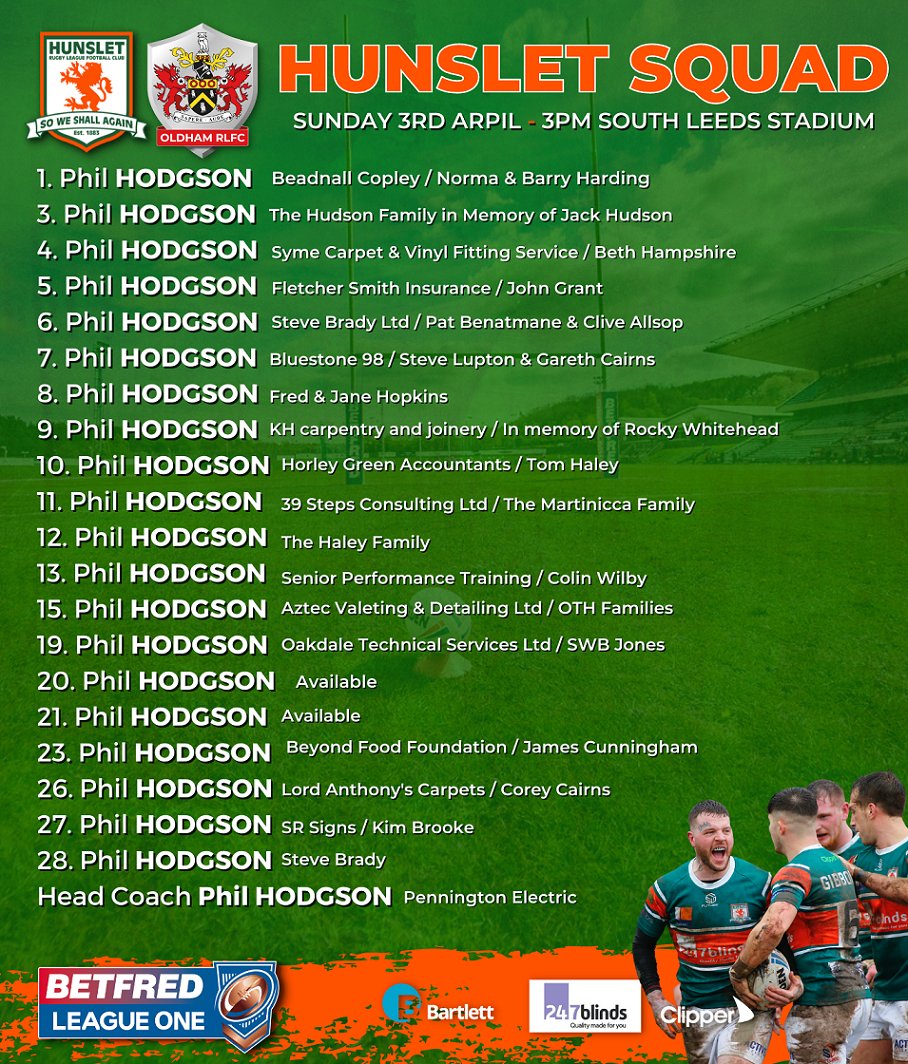 Even opponents Oldham got involved, tweeting: “We need to get into that Phil Hodgson on Sunday then, looks a dangerous player.”

Brave one from Bradford, who decided to announce a third kit in colours of arch rivals Leeds. 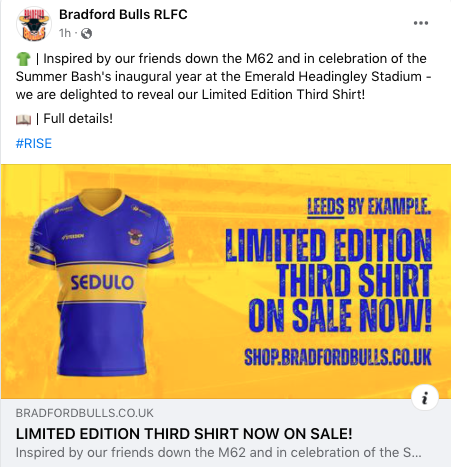 “Inspired by our friends down the M62 and in celebration of the Summer Bash’s inaugural year at the Emerald Headingley Stadium – we are delighted to reveal our Limited Edition Third Shirt!

“The Blue and Amber jersey – complete with blue shorts and blue socks – pays homage to the Leeds Rhinos.”

Not sure anyone took the bait.

Yes, you read that right.

No, it’s not happening. 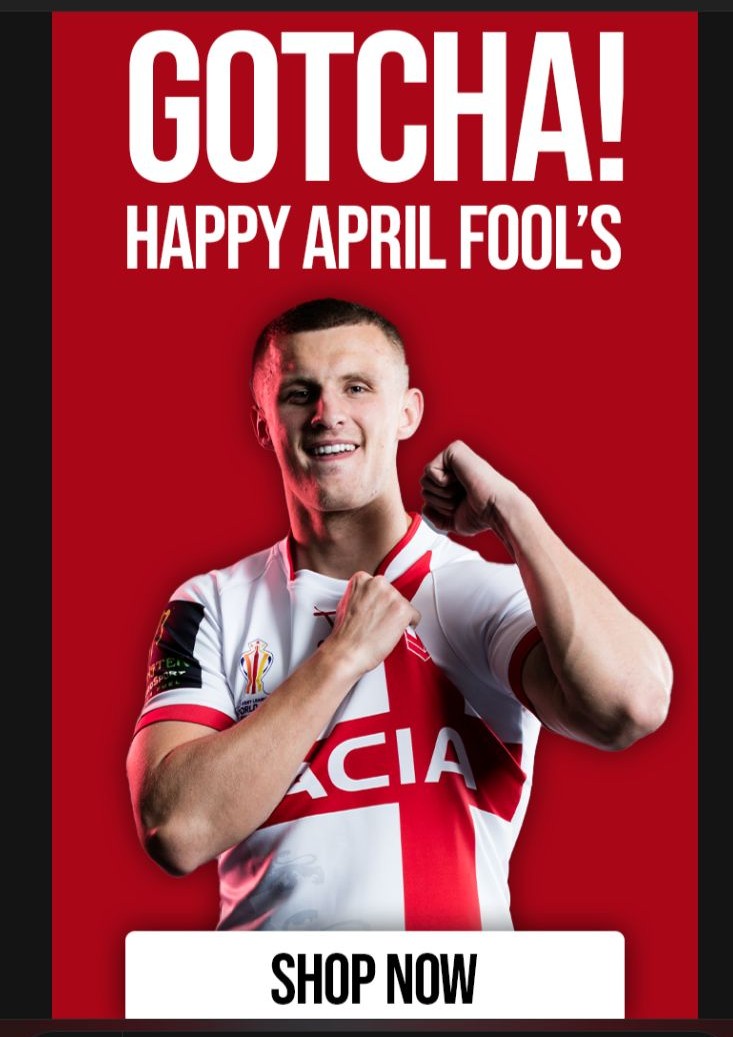 On opening, they quickly revealed the truth. Nice way of trying to flog the last load of outdated England shirts ahead of the World Cup, though. 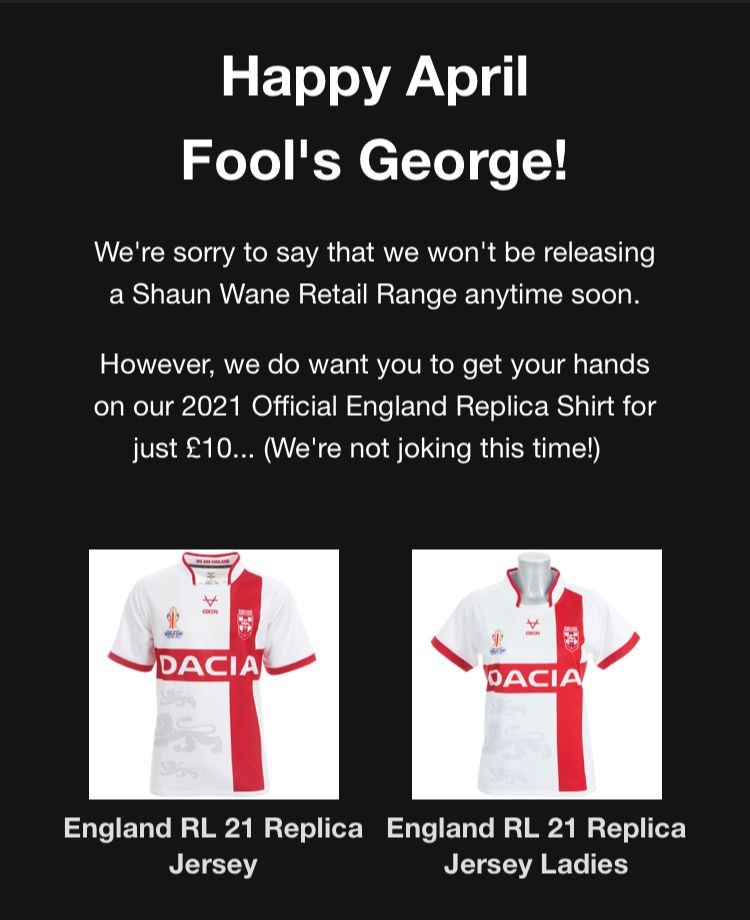 Oldham ‘revealed’ that coach Stuart Littler was to return as a player. 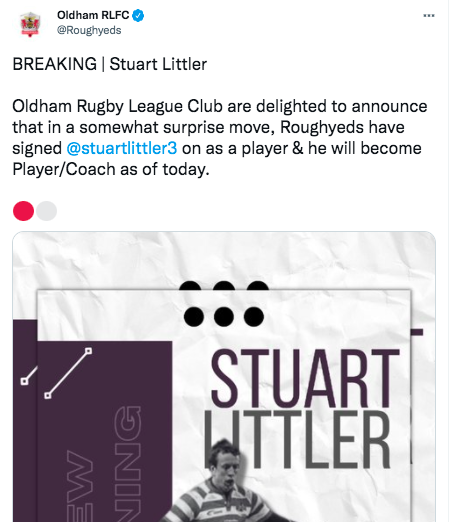 He ‘said’: “I still think I can do a job & I’ve got my fitness up the last few weeks have decided to play again.”

It was of course a joke though. We would have liked to see him wearing shirt 3a.

This was a good one, that even Leeds fans themselves will have enjoyed.

The RL Banter Page mocked up a tweet as if from the official Leeds account, stating that they’d forfeit the game against St Helens and take the 48-0 penalty. 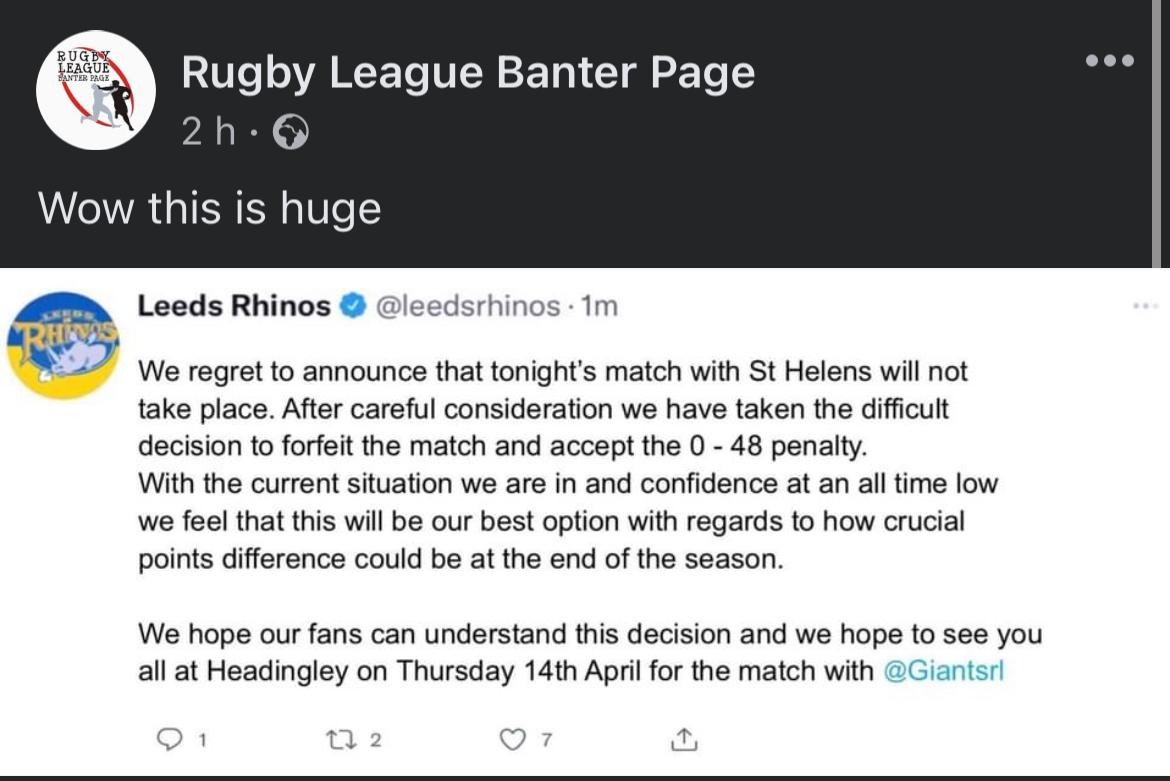 Scarcely believable, but daft enough in the current context to make at least some people think, really?!

This one might spring up again tomorrow should Leeds lose by more than 48 tonight (they won’t though, surely?)

Did you see any other rugby league April Fool’s? What’s the best one you can remember? Let us know in the comments below.

Some real news from April 1

Why Toulouse are paying for away travel costs in Super League

TV boost for World Cup, plus updates on Emirates and tickets

There were a number of tight affairs in round four of the Challenge Cup.  [Read more…]

Alternative Super League Dream Team: Who could have made it?

There have been a number of standout players who missed out on a spot in the 2020 Super League Dream Team, so we’ve decided to create an alternative XIII. [Read more…]

Staying at Bradford is easy for Gaskell

Lee Gaskell has revealed that making the decision to commit to the Bradford Bulls earlier this week was easy.