They have set the bullish aim of winning Super League by 2030, but there’s far more to Newcastle Thunder’s plans than that.

While reaching the top of the elite competition is something everybody wants to achieve, Newcastle are laying the foundations at a grassroots level that they hope will help sustain and grow rugby league in the years to come.

Off the back of a successful period of hosting the Magic Weekend – which generated more than £35m for the local economy over four years – and with the kick-off of next year’s World Cup at St James’ Park to look forward to, rugby league is ripe for growth in the north east.

And their chief executive, Mick Hogan, says every rugby league club must take responsibility for growing the game.

He said: “It is the most important thing we are doing. It feeds everything. It creates future players, it supports the academy; even if they don’t make it as players, it starts a lifelong love of the sport and they support the club.

“Every club has got to do it. Not just the expansion clubs.

“There are 15-20 clubs in the professional system that are doing very little or nothing to develop the sport of rugby league.

“They rely on rejected academy players as their talent pool, they do very little in the community, and don’t develop community clubs in their area.

“Everyone within the game has a responsibility to grow it. It’s brilliant that the RFL have now made funding conditional depending on what you do, whether it’s more fans, more work in the community, your digital presence etc.

“How is the sport going to grow without that? If every club added even just one or two per cent to their current levels of fans or members or participants, that’s a pretty significant number.”

There is positivity from those involved in rugby league in the north east. Thunder General Manager Jordan Robinson is a passionate advocate of the sport in the north east and beyond, while the likes of Jeff Ball at community club Cramlington Rockets do everything they can to put their presence on the map. In more than 15 years in running this site, the Rockets are head and shoulders above any other community club in terms of communication and outreach, perhaps only rivalled by the sadly no longer Kent Ravens. Even the local university is established as a regular in the top five of the BUCS competitions. 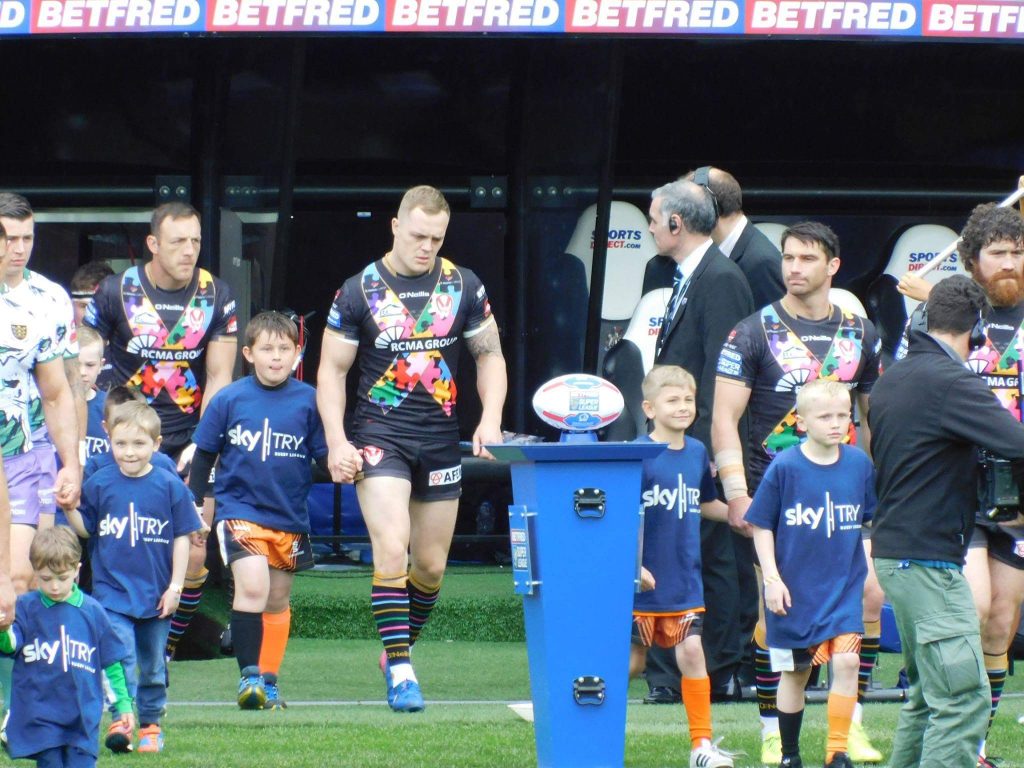 The benefit of a region developing the game collectively, underpinned by a professional club, means that rather than being an outpost individual community club, the established and growing clubs – including the Rockets and the region’s newest club Newcastle Magpies – have feasible and regular games to play. Other developing clubs in the country have struggled, frustratingly, due to not having much in the way of local opposition. One example being Nottingham Outlaws, who to take their club forward, opted to play in the Yorkshire League, which creates significant costs but also puts them at risk of games being forfeited simply because some clubs just can’t be bothered with the time it takes to travel to and from somewhere like Nottingham for a game on a Saturday afternoon.

If you haven’t been to Kingston Park, it is a tremendous facility which boasts an artificial surface that is far superior to those seen to date in rugby league. It has a mix of seating and standing terraces, with a bustling main stand with appropriate hospitality. Most notably, there is equal footing between Thunder and their rugby union counterparts, the 143-years old Newcastle Falcons, best demonstrated by the equal signage that greets you on arrival.

Hogan continued: “If anything, the last six months has enabled us to spend more time planning the development sport at community level. We’ve got four full time community development officers who can now deliver programmes in schools again.

“We’ve had a big push on touch rugby, so that we can really broaden rugby to a far wider sector of society. Rugby hurts, and only a small percentage of people want to do that and take risk of injury that comes with the contact form of the game, whereas touch rugby can suit more participants and create more interest at the community level.

“We know what we need to do and we’ve got to work really hard to get there. If we can build a database of 50,000 with a playing population of 5-7,000 and we know all about them and their demographics, that to a partner or sponsor is absolute gold.

“We also need to look after the people already involved in the sport, who too often are the bit people forget – it’s fine chasing new fans and new participants but people already there are just as important because if they leave you just get churn. If you lose 5% each year but grow 10%, then that’s fine.”

A lot has happened since we caught up with Hogan a couple of weeks ago – the announcement of the mini-licensing process for the 12th spot in Super League that subsequently creates a vacant spot in the Championship which Thunder will be one of the front runners for; the departure of coach Simon Finnigan to Widnes and the appointment of his replacement in Eamon O’Carroll; plus the continuation of some eye-catching recruitment, notably former Super League pair Sam Wilde and Jack Johnson.

Newcastle Thunder can confirm an application to join the Betfred Championship for the 2021 season has been submitted #ThunderFamily #RugbyLeague pic.twitter.com/u37TmndVvJ

As if the play-off final defeat to Oldham last year wasn’t agonising enough, it ultimately cost them the chance to apply for Super League during the current round of mini-licensing, where they would have put forward a compelling bid from a big city that may well have been hard for the Super League powers that be to turn down.

And of course there’s COVID, which wiped out a 2020 season where Thunder would have been one of the favourites for promotion, as well as the obvious set back to finances.

There is still plenty to unravel for rugby league, not least deciding the two teams that will be changing division, regarding the 2021 season. The new government tier system raises the issue of what happens to clubs who might be in tier one or two that can host crowds, compared to the ones in tier three that can’t.

Hogan added: “It puts everything back. It’s an unknown how a year off has affected individual players and clubs, and the presents a challenge.

“We’ve got to plan as if we will return to normality and playing in front of crowds. But we’ve got to be constantly looking at it. The situation changes so quickly. In August, the talks were positive that crowds would be back on October 1st, and that hasn’t happened.

“The challenge is we start paying players. Players want as much certainty as possible, which is understandable.

“The problem we have with recruiting is when you’re driving up to Newcastle, you drive past signs for every rugby league club and then you have to carry on another 100 miles to train and play for us, so that means we have to pay a bit more.

“What we can’t categorically say is we are going to pay out a 12-month contract if there are no games. There’s clauses in the contracts and the players understand that they ultimately get paid to play rugby, and if there’s no rugby, there’s no income.

“The longer we leave it before starting the season, people will find other things to do. Of course, people have been affected personally by losing their jobs and income, so we are going to lose some fans. The flip side to that is hopefully when we do get back, there will have been a dearth of opportunities to attend live sport, so the hope is that the relief of sporting being back on will draw people back.”