It was a tough start for Tui Lolohea in Super League – but the Tongan now feels at home with Salford and has fully settled in to life with the Red Devils.

The 25-year-old endured a difficult start to his Super League career when he joined Leeds ahead of the 2019 season, when the Rhinos struggled under then coach Dave Furner.

And midway through 2019, Lolohea went on loan to Salford, with Rob Lui going the other way as part of the deal.

Lolohea hasn’t looked back since. He has found a new lease of life under Salford coach Ian Watson and helped guide the Red Devils to their first ever Grand Final appearance in October that year.

He said: “I’m enjoying my time at Salford, I feel I’ve settled right in now. I feel comfortable, and I feel like it’s my home now.

“I feel blessed to be a part of the culture and the team we are trying to create at Salford. We’ve come so far from when I first came here. We’ve come a long way.

“People didn’t give us a chance to be where we were last year but I think we proved a lot of people wrong and this year is just about continuing that journey.

“I’m pretty sure people will write us off again but it motivates us to be better.” 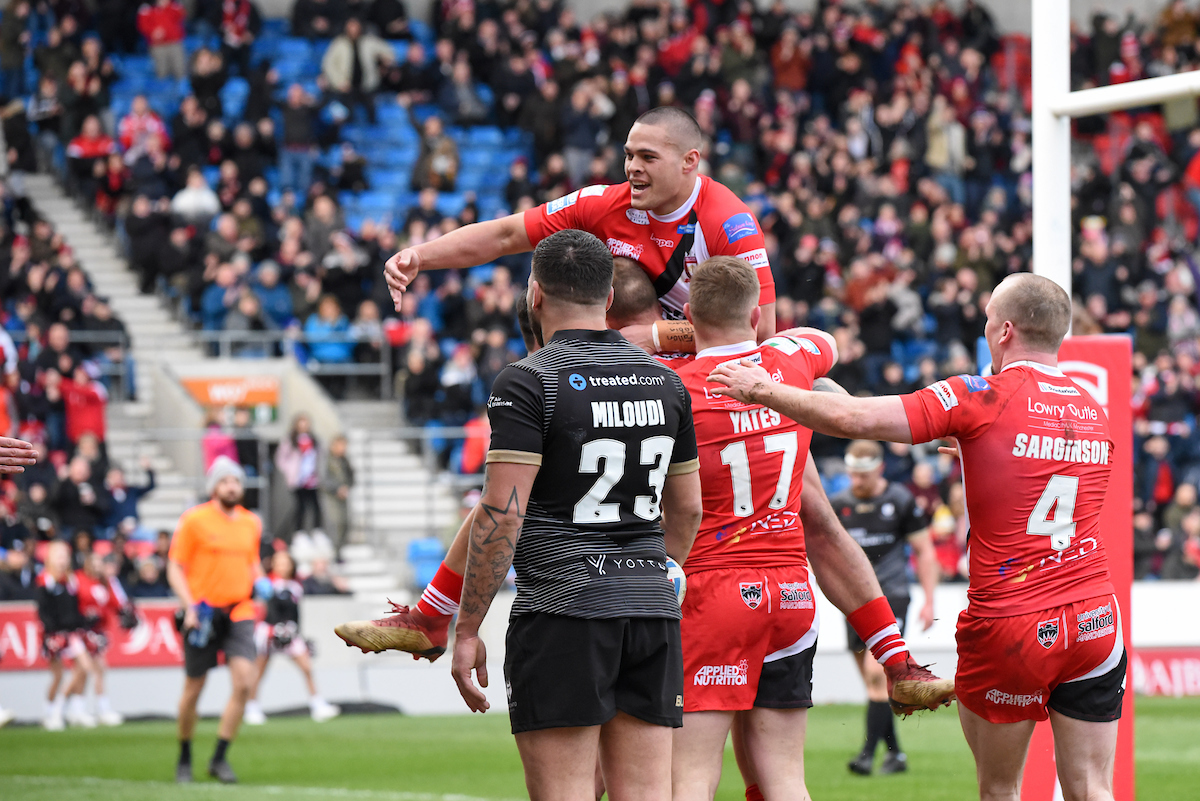 The Red Devils may not have claimed the champions tag against St Helens at Old Trafford – but they etched their names in to the history books by becoming Grand Finalists – one of only eight teams to do so.

And Lolohea believes the Red Devils can return to Old Trafford this season – but their main target first of all is securing a spot in the top five.

He added: “We didn’t finish at the top last year but we had to fight hard in the play-off games.

“I don’t think it matters where you finish in the top five. There are going to be tough games week in, week out.

“The games go to another level in the play-offs though and we showed that against Wigan in the semi-final. It was a crazy game, the support was crazy to see but it was cool though.

“We don’t get a lot of fans at Salford but we get a real vocal crowd and it was just crazy.”