We take a look at 13 players who have made their presence felt in the NRL throughout the year. 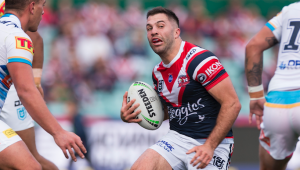 Is Tedesco currently the best player in rugby league? Well, many seem to think so and when you look at how influential and efficient the elite fullback has been for both the Roosters and New South Wales over the last two years you will find it hard to argue against it. The 26-year-old is able to come in from the number one spot and break through the opposition’s defensive line with such relative ease, making 4,496m, more than any other player in the NRL this year. An outstanding year saw him claim the Wally Lewis Medal for two man of the match performances for New South Wales as well as claiming the Dally M Medal for best player in the league. 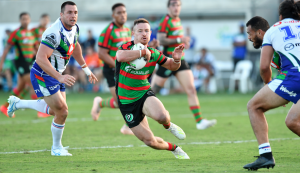 The Rabbitohs catalyst has once again shown that he is one of the best hookers in rugby league with another dazzling season for both South Sydney and New South Wales. The Bunnies were able to finish strong this season by securing third place with Cook again being one of their brightest sparks. The 28-year-old not only showed his electric attacking mindset from the dummy half position but also his defensive prowess, with the fourth most tackles in the regular season with 935, an average of 40.7 per game.

If you want to talk about buys of the year then this man stands right up there as what a first season it has been for Nicoll-Klokstad at the Raiders. Before making his way to Canberra, the 24-year-old struggled to break into New Zealand Warriors’ first team and was restricted to just seven appearances during his two seasons at the club. However, the 2019 season brought with it a fresh start, and the polarising fullback has had a breakout year to remember, leading the green machine in terms of metres made and becoming an integral part of a much-improved attacking and defensive set up. 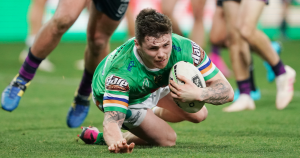 The 25-year-old has wasted no time adjusting to life within the NRL as he showed time and time again why he is one of the best back rowers in the game. There have been many British players that have taken their trade down under but not many can say they have had as big of an impact as Bateman. The former Wigan star has showcased his toughness in defence, while proving to be a player with a high motor and someone that is difficult to stop with the ball in his hand. By the end of the season, he had the third most tackles and fourth most metres made for Canberra, but couldn’t quite top off his debut NRL season with an NRL Grand Final winners medal. 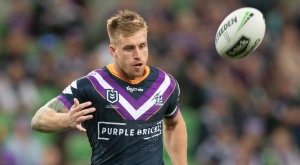 Another year, another dominant season from Melbourne as they claimed the Minor premiership by securing top spot on the ladder. It looked to many that the once-established Storm dynasty was coming to an end, with the likes of Billy Slater retiring and Cooper Cronk moving to the Roosters, but once again, the Victoria based side continue to find a way to win. The 26-year-old has already got a reputation for being one of the most skilful and versatile players in the game, but the Queensland man has been the one that has kept that offence going, with great effectiveness as an elusive ball carrier and passer all year. 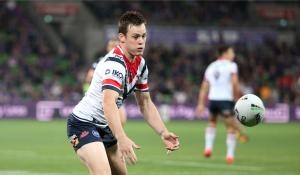 The Roosters stand off has shown he is one of the very best in the business, showcasing a great rugby IQ. The 27-year-old possesses a killer pass and strategic kicking as well being able to utilise the players around him so effectively, leading his title-winning side in terms of try assists. A player that has championship DNA running through him, he now has three NRL winners rings to his name following the Roosters’ triumph over Canberra in this years final. 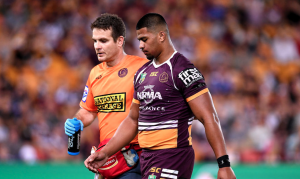 It may have been a rocky start, but the Broncos fought their way to a seventh-placed NRL finish, with Haas providing the X-Factor in the second half of the season. The 19-year-old prodigy showed exactly what he has to offer for Anthony Siebold’s men and was the true definition of a work horse in that Broncos front row. He led the way in metres made and also made the second-most tackles for the club, drawing praise from fans and pundits throughout the year. He possesses all the speed, agility and endurance needed to be a game-changer and is unlike any other prop in the league at the moment. 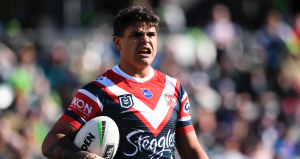 Despite having a shaky start, the Roosters centre has proven why he is a superstar in the making. The 21-year old’s goal-kicking talent combined with freakish athleticism and sheer strength have helped him draw comparisons with the legendary Greg Inglis. However, despite coming under fire for his early season displays, the Indigenous All Star showed a great deal of professionalism for such a young age and stepped up to answer his critics and take his game to another level. 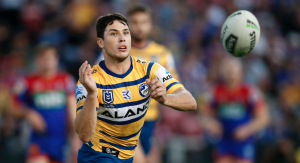 There were questions raised at the start of the season as to whether Moses could be the man to run the show for Parramatta and be the catalyst that they desperately needed. But after somewhat of a surprising season, the Eels found themselves in a full-on dogfight for fourth place before claiming fifth spot on the last day of the season. The Lebanese international was the league leader in terms of try assists, and even in a team featuring the likes of Blake Ferguson and Clinton Gutherson, he has been a prime factor and integral cog in a side that scored the third-most points of any side in the competition. 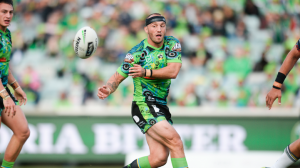 In an unbelievable season for Canberra, Hodgson has been one of the players that has made the attack and defence tick for the Raiders on a consistent basis. The 29-year-old played with all the creative flair of a halfback and the strength and determination of a forward as he led the Raiders in try assists, tackles made and one-on-one ball steals. Although he may have missed out on the Dally M Hooker of the Year to Melbourne legend Cameron Smith, the England international has still been one of the best at his position in not just NRL but the world of rugby league in general.

There is not many who could have predicted the good fortunes of Parramatta this season but they have gone on to prove a lot of doubters wrong. One man who has let his himself be seen and heard is Maika Sivo. The 25-year-old has put forth a debut season to remember, leading the NRL try-scoring charts with 22 in 25 appearances for the Eels. Alongside the likes of Moses and Gutherson, the Fijian international has been a force of nature and has announced himself to the league in style with a brutal combination of power, athleticism and try scoring prowess on the wing. 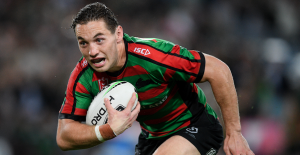 When you look at the Rabbitohs’ forward pack it is always hard not to look past the likes of the Burgess brothers when it comes to productivity. But one man has stood above the rest in their absence, and that is Murray. In a season where the Burgess’ have faced spells on the sidelines through injuries and suspensions, the 21-year-old has stepped up to plate and has shown to be future leader in the frontline, despite his tender years. 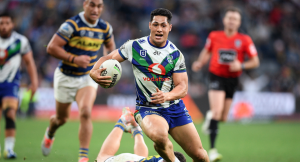 The Warriors may have finished 13th on the ladder but Tuivasa Sheck certainly showed why he was the 2018 Dally M Medal winner with another electrifying season. If you look throughout the league then you will find it difficult to find a player with a better step and feint; when the 26-year-old s in full flow, he is almost seemingly impossible to stop. The mesmerising fullback had seven tries and 14 try assists to his name in 2019 and made the third most metres of anyone in the competition.