With two-thirds of the season gone, an average of 34 players have been used by clubs across the three professional leagues.

A number of factors can be attributed to the increase in numbers – including injuries, suspensions and the controversial loan system, which currently allows players to switch for just two weeks at a time.

In Super League, Catalans and Wigan have so far used the fewest number of players – 28 apiece.

Champions St Helens have used the most, with 34, although eight of those have made just a solitary appearance – when Kristian Woolf fielded a youthful side against Castleford.

Toulouse (32) and Leeds (30) are the only clubs who currently haven’t got any players who have made just one appearance. 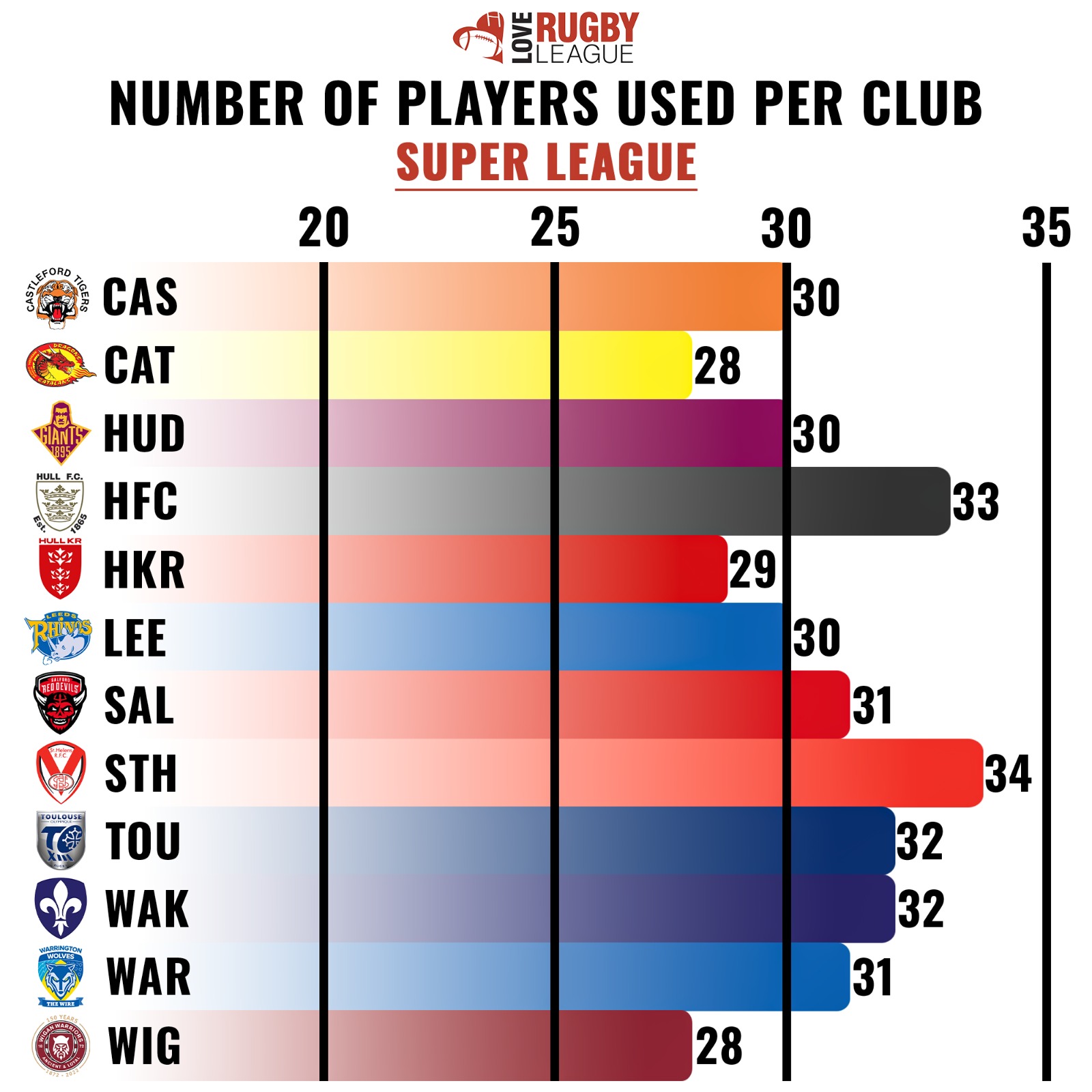 The average number of players used in Super League is 31, which is less than 34 in the Championship and 37 in League 1.

Player usage has been creeping up in recent years. Even with a third of the season still to play, the 2022 average in Super League is already slightly above the entire of the 2017 season (which finished with 31).

In 2002, Bradford only used 24 players – while Warrington’s 37 players used was five higher than any other Super League club.

Greater awareness of player welfare, especially with the usage of GPS, will no doubt mean sharing the workload across a bigger squad becomes more common.

Players used by every club outside Super League

Using the fewest number of players in the whole of professional rugby league in 2022 is Batley, with 27.

Their local rivals Dewsbury have used over 40, with Newcastle and Whitehaven (both 39) knocking on the door.

Only Workington can say they have only fielded a player once. 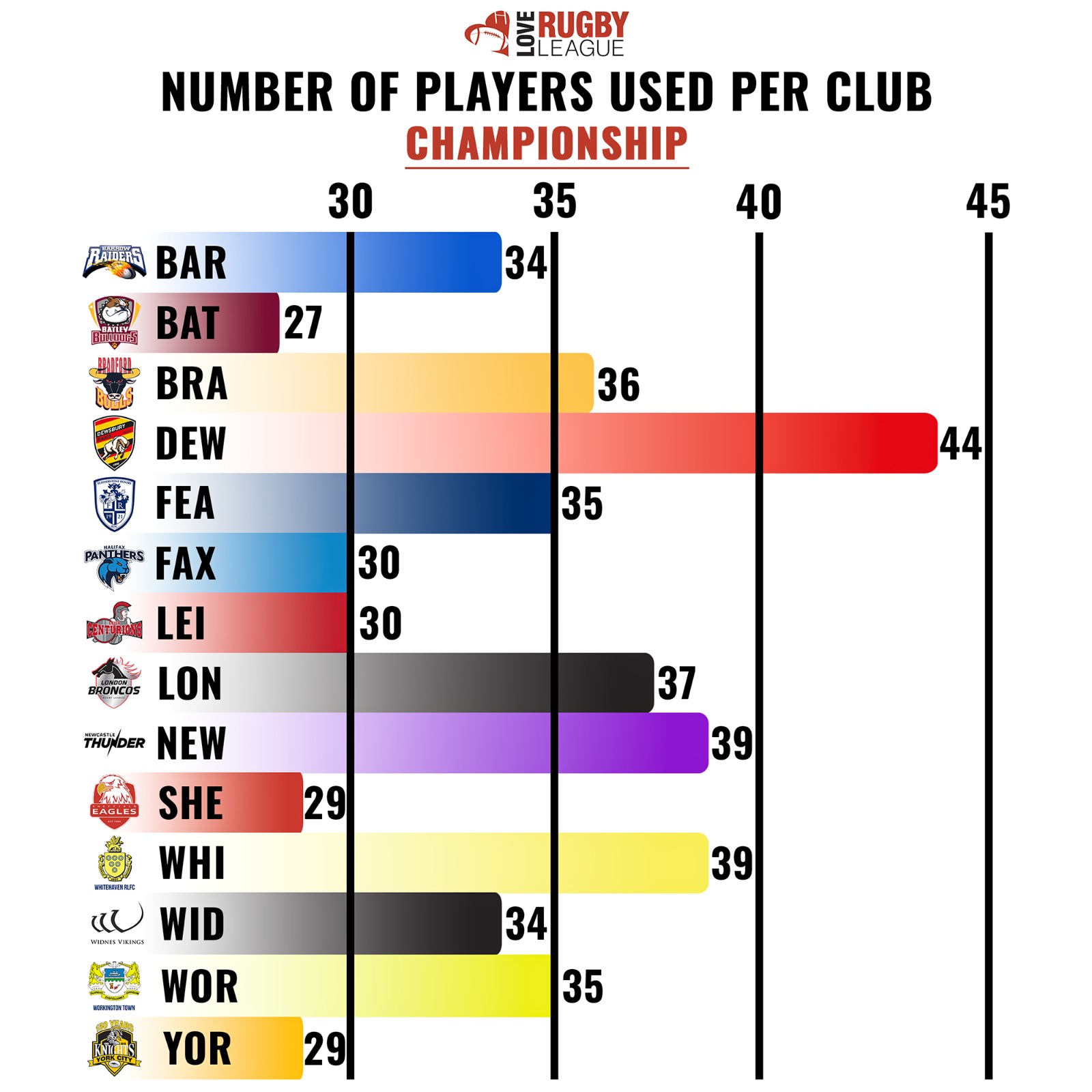 League 1 figures are heightened by significant player usage, particularly by clubs outside the traditional heartlands.

In the third tier, only Doncaster and Swinton to date have used less than 30 players.

*Players used by every club data compiled via official league and club sites, and the excellent Rugby League Record Keepers Club. The one app column is the number of players that have played this season but made just one appearance for that club

About James Gordon 7111 Articles
Love Rugby League editor. Founded the website back in 2005. Worked with a range of clubs and sponsors during that time. Also commentates for BBC.
Website Twitter LinkedIn