It’s 30 years since the worst losing and winless streak in rugby league history came to an end.

Runcorn Highfield ended a run of 61 consecutive defeats with a 12-12 draw against Carlisle on February 3, 1991.

They had to wait another 20 games until they finally registered a win – on March 3 1991 against Dewsbury – which meant they had gone 75 games without a win – ranging from November 1988 to March 1991, as well as going through five different coaches.

Their 55 league games lost in a row is also a record.

The club – which had relocated numerous times since its foundation as Wigan Highfield in 1902 – wound up in 1997 – having been renamed Liverpool Stanley, London Highfield, Huyton, Highfield and eventually Prescot Panthers over the years.

Their place in history is likely to remain for some time – but, with thanks to RFL statistician Daniel Spencer, we’ve had a look at some of the worst winless streaks in the summer era.

Barely two years after getting the nod for a Super League franchised, ahead of bids from Swansea and Cardiff, Thunder were starting a winless run of 47 games in the third tier.

After spending 1999 in Super League, and finishing 6th, they were merged with Hull Sharks which ultimately became a takeover of Thunder by Hull FC to enable them to retain their Super League status.

A new Thunder was created and joined the Northern Ford Premiership in 2001.

They went the whole of 2002 without registering a win, managing just one draw from 27 league games, to finish bottom – shipping 1108 points in the process. 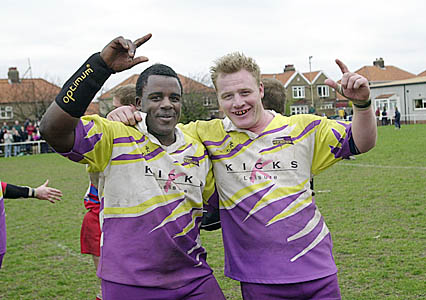 But they finally got the monkey off their backs in March 2003, when they battered Workington Town 42-12 in a Arriva Trains Cup group game to end a run of 39 consecutive defeats.

Coach Paul Fletcher said at the time: “There were heroes all over the park and the victory is a reward for all those who have stuck by the club.”

Their previous win had been a 30-12 victory over York Wasps in May 2001, before they lost their next seven games, then drew one game, and then started the 39 game run of defeats.

Sadly no longer, the Panthers had showed signs of promise towards the end of their six year stint in the third tier.

They won three games in their maiden season in 2005, and had won four and drawn one in 2006 before their horrendous losing run started.

Blackpool lost every game of the 2007 season, finishing bottom with 22 defeats from 22 – only the fourth team in the history of British professional sports to go through a whole season without recording a win.

At the end of that year, Martin Crompton was appointed coach and he ended the losing run with a 24-20 win over Workington Town in April 2008 – their first win since beating Gateshead 38-36 two years earlier. 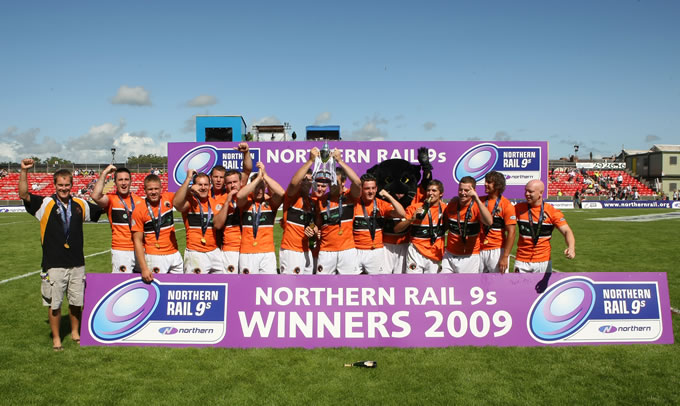 Under Crompton, they would kick on – winning the Northern Rail Nines and finishing in the play-offs in 2009, and winning 15 of 20 league games in 2010, missing out on promotion via the play-offs, before sadly dropping in to administration and disappearing from the professional game.

The most recent long losing run came in Wales, as the Raiders battled to keep semi-professional rugby league going in the Principality – after bold plans that included rebranding South Wales Scorpions to South Wales Ironmen failed to come to fruition.

Andrew Thorne took over the club, moved them to Llanelli and the hard work began again.

It was a tough challenge at the start of 2018 and they suffered a record defeat – as they were battered 144-0 by York, breaking a 24-year-old record.

They would end the season bottom on minus four points – suffering a deduction for fielding ineligible players – and had conceded 2106 points in their 26 games, finishing with a points difference of -1930.

West Wales stuck to the task though and in 2019, despite finishing bottom of the table again, they registered their first victory to end their losing run – beating Coventry Bears 44-16. 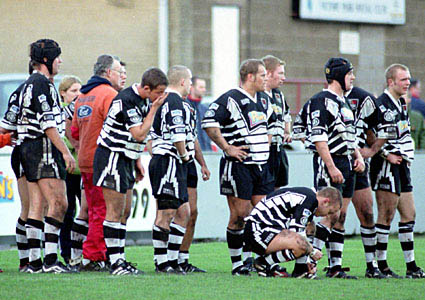 Lancashire Lynx were Division Two champions in 1998, only for the two lower ties to be merged to create the Northern Ford Premiership.

Their losing run would surpass 30 when they were beaten 22-8 in the Challenge Cup by amateur side Woolston Rovers.

Though things picked up when the lower tiers were split again in to National League One and National League Two – Lynx finished second in 2003 – the 2004 season was to be their last and the club folded, with the majority of players going to join the new Blackpool Panthers.

Thunder appear three times in this list, and their second long run without a win came not too long after their first – with 31 defeats split either side of a draw in the middle of another winless run. 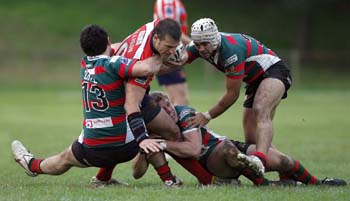 Perennial strugglers at that time, Skolars won just twice in the 2009 season, finishing second bottom above Gateshead. They would manage five wins in 2010, though none until July, which puts them sixth on this list.

It must have felt like groundhog day for Thunder fans, as once again they faced the adversity of a long winless run. Chris Hood, who we will have a feature with shortly on the history of the Thunder, had been around the club throughout. After ending the latest losing run with a midweek win over Workington, he recalled: “We shed a few tears that night. Once we had got that win, we felt like we were viable as a professional entity and could move forward.” 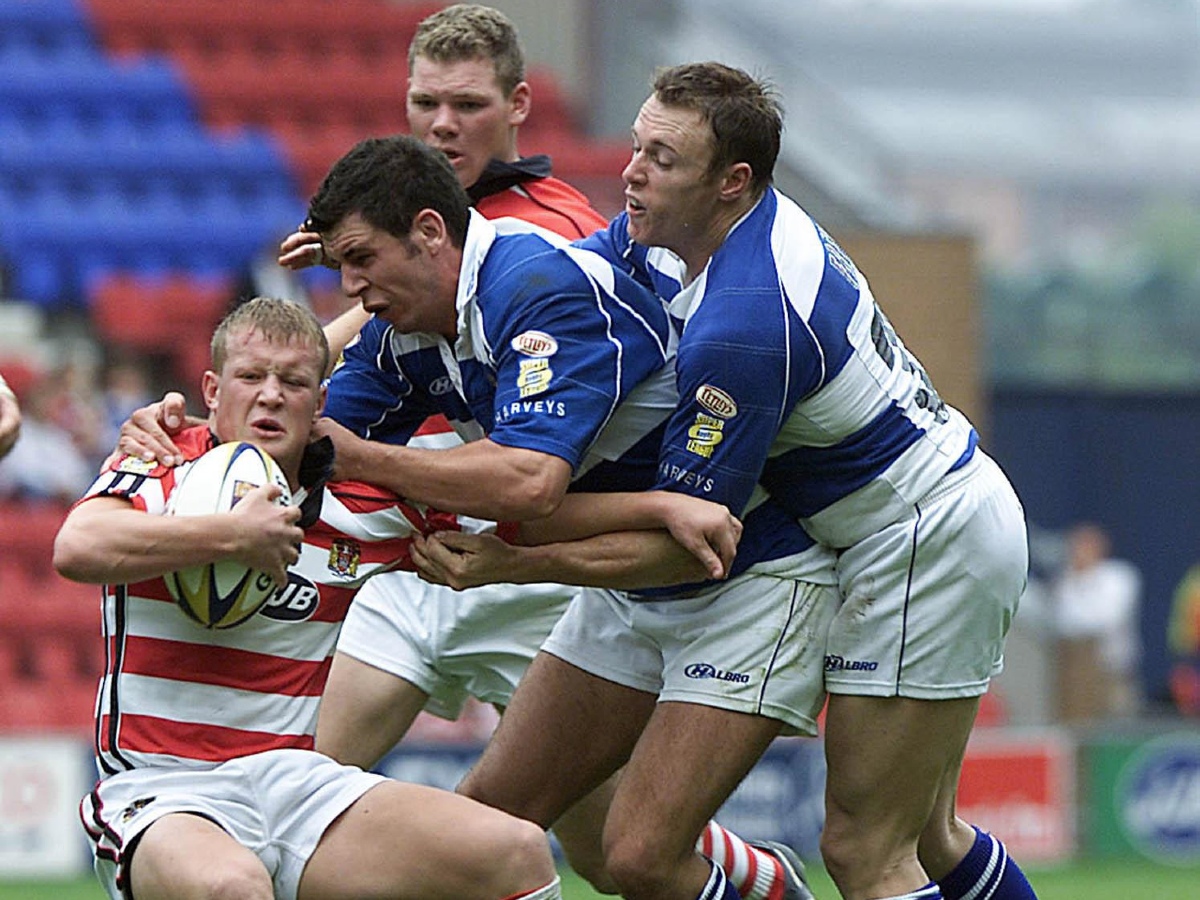 The longest run that includes Super League fixtures is that of Halifax in 2003. After winning their opening game of the season, 26-22 at London Broncos, the Blue Sox would lose their next 27 games – culminating in the final round defeat at home to Widnes, 48-20. Even their two points for the solitary win were chalked off, deducted due to a salary cap breach, and they were relegated having finished some 15 points adrift at the bottom.

It was a tough baptism for the Skolars in their first season in the professional ranks, after they had become the first club in 80 years to make the transition from amateur. Their first win was a home one, 48-14 over Gateshead, and their losing run also included a 15-8 away defeat to Widnes amateur club Halton Simms Cross in the Challenge Cup. 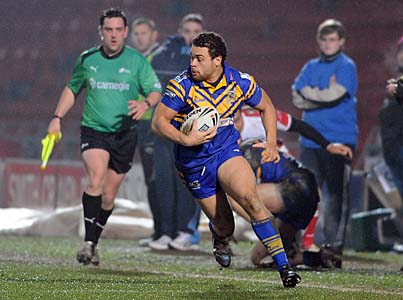 Doncaster ended an interesting decade – which had seen two name changes, a new stadium and Ellery Hanley leading them to a league title – on a losing note. Tony Miller started the re-build in 2010 and got the winless monkey off their backs with a fine 40-24 victory over league leaders York. 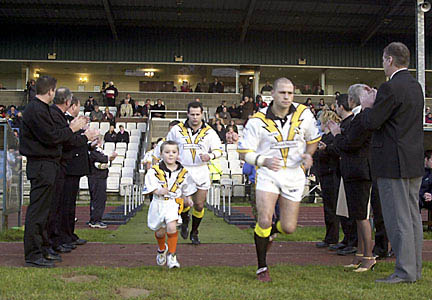 Just a couple of months before the club folded after completing just 11 games of the 2002 season, the Wasps had ended one of the longest winless runs in the game. A 34-22 win over Chorley Lynx at Huntington Stadium provided one of the last lights for the old club. Then coach Leo Epifania said at the time: “The win is good for confidence and it takes the pressure off, but I’m not going to say ‘well done’ and walk away as I’ve got a job to do as coach and I want them to perform at 100 per cent.”

About James Gordon 7245 Articles
Love Rugby League editor. Founded the website back in 2005. Worked with a range of clubs and sponsors during that time. Also commentates for BBC.
Website Twitter LinkedIn