Tommy Makinson recently became only the fifth ever English player to win the Golden Boot Award.

The award is given to the player that is considered to be the best in the world, though has evolved to be awarded to the best international player.. Here’s a closer look at who the previous four Englishmen were to be given the award.

After the award was founded in 1985, Hanley was the first Englishman to win the Golden Boot award during his time at both Wigan Warriors and Australian side Balmain Tigers. 1988 proved a good year for the Yorkshire man, winning the Challenge Cup with the Warriors as well as helping the Tigers reach their first Grand Final for almost 20 years.

As a result, Hanley was awarded the captaincy for the 1988 Great Britain Lions tour which saw the Lions end Australia’s 15-game winning streak over Great Britain.

Throughout his time at Wigan Warriors, the former Lions captain played 202 games, scoring 189 tries and accumulating 756 points. His time at Balmain Tigers was significantly shorter, but Hanley made 34 appearances in which he scored eight tries and a total of 33 points.

Similarly to Hanley, Schofield was also born in Leeds and during his time at his home town club, he was retrospectively awarded the Golden Boot by the Rugby League World magazine in 2011 for his performances in 1990.

However, Schofield won the award largely due to his form in the Great Britain shirt as he produced exceptional performances against both New Zealand and Australia.

Schofield spent nine years at Leeds Rhinos between 1987 and 1996. During this time he played 251 games, scored 147 tries but also converted 64 goals and 30 field or drop goals which put his points total to 746. 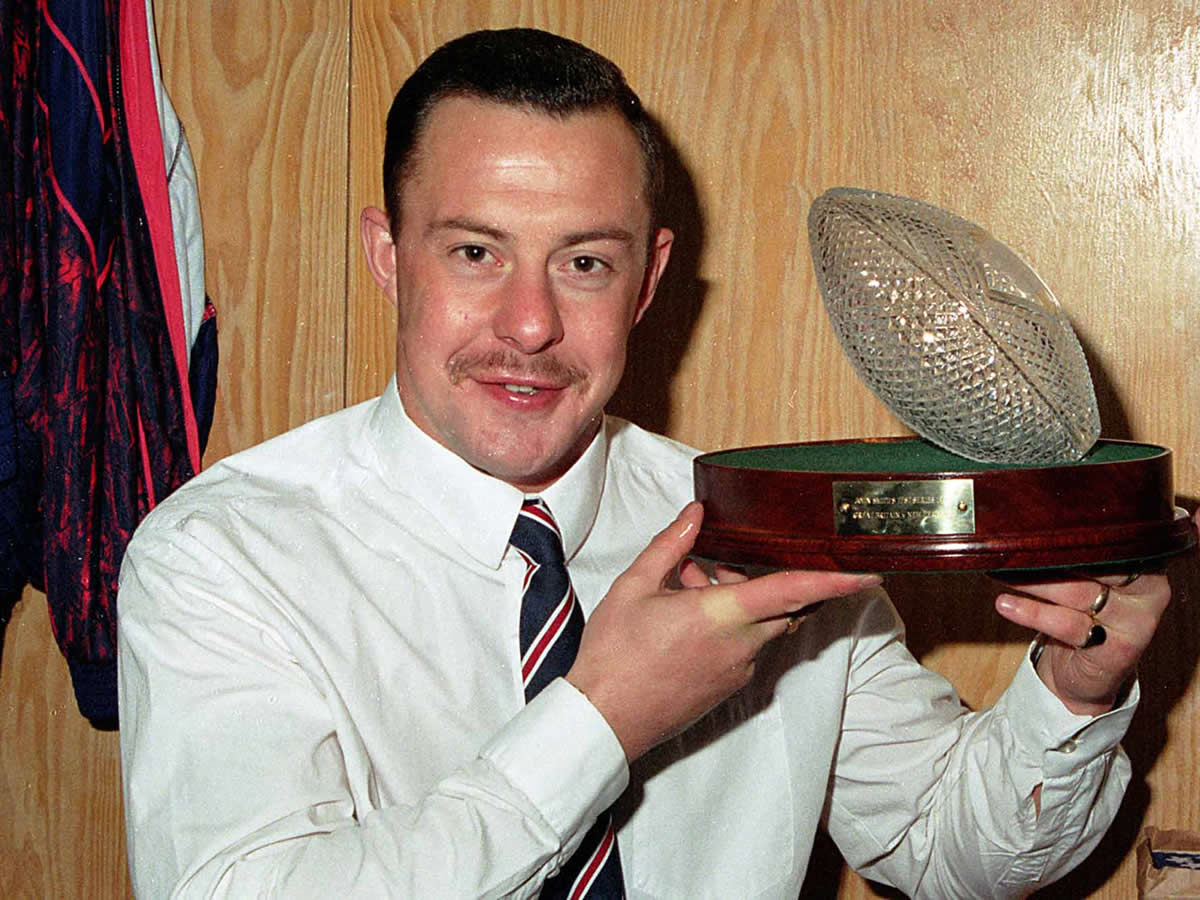 Farrell was a one-club player during his time in rugby league and spent 13 years playing for Wigan Warriors where he mainly played in the loose forward position, but occasionally in second-row.

It was during his final year in rugby league that Farrell was awarded the Golden Boot as the world’s best player whilst also being inducted into the Order of the British Empire for his services to the game in the same year. The gap from 1990 to 2004 is currently the largest time period between two English players winning the award.

Farrell became a full international at just 18-years-old after facing New Zealand in 1993. When he retired to take up rugby union, he was second on the list of the England rugby league side’s all-time top goal scorers. 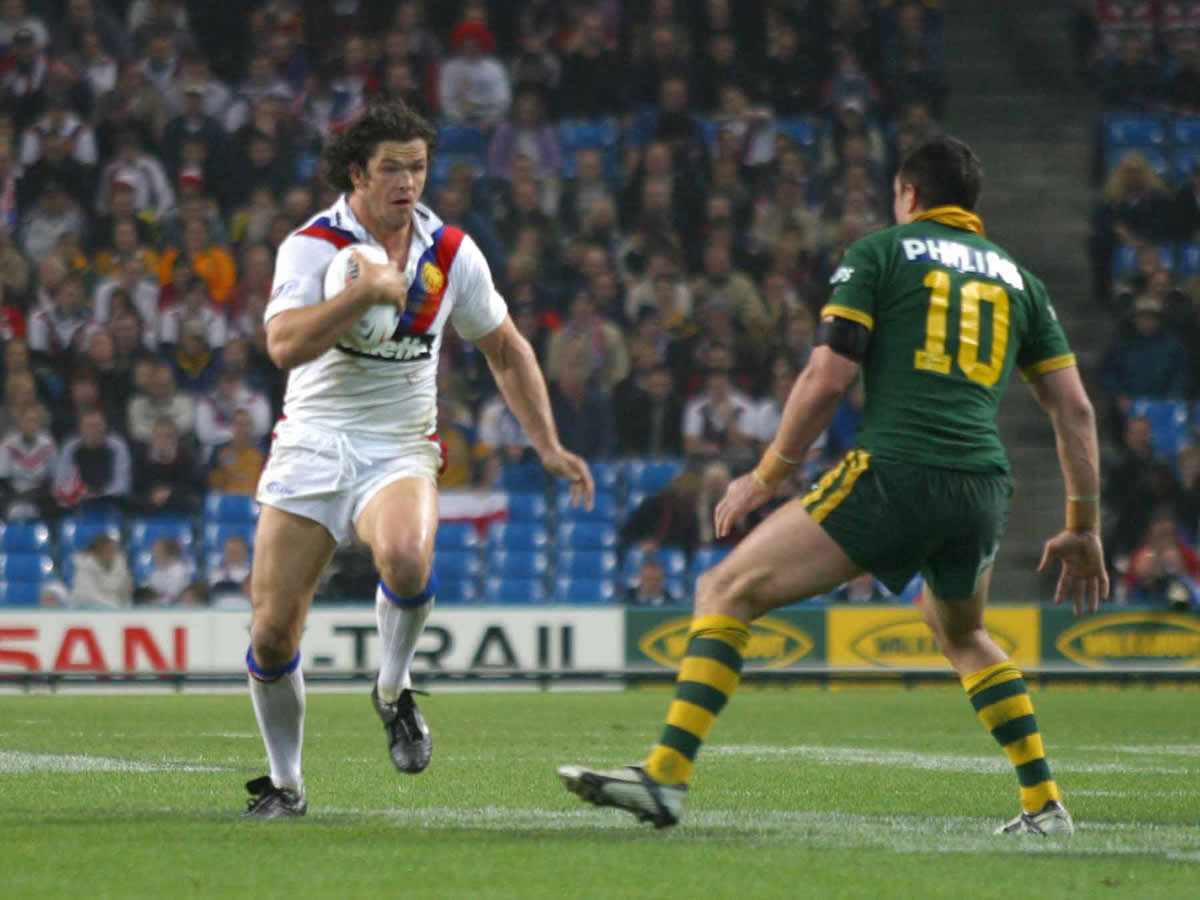 Early in the 2012 season Sinfield became Leeds’ all-time top points scorer and later topped the season off with a man-of-the-match performance in the Grand Final to win the Harry Sunderland trophy.

This was Sinfield’s sixth Super League title, which later became seven as he captained Leeds to their first ever treble winning season in 2015. The current Leeds Rhinos coach accumulated 3,967 points during his 18 years at the club, playing 521 games, scoring 86 tries and converting 1,792 goals. 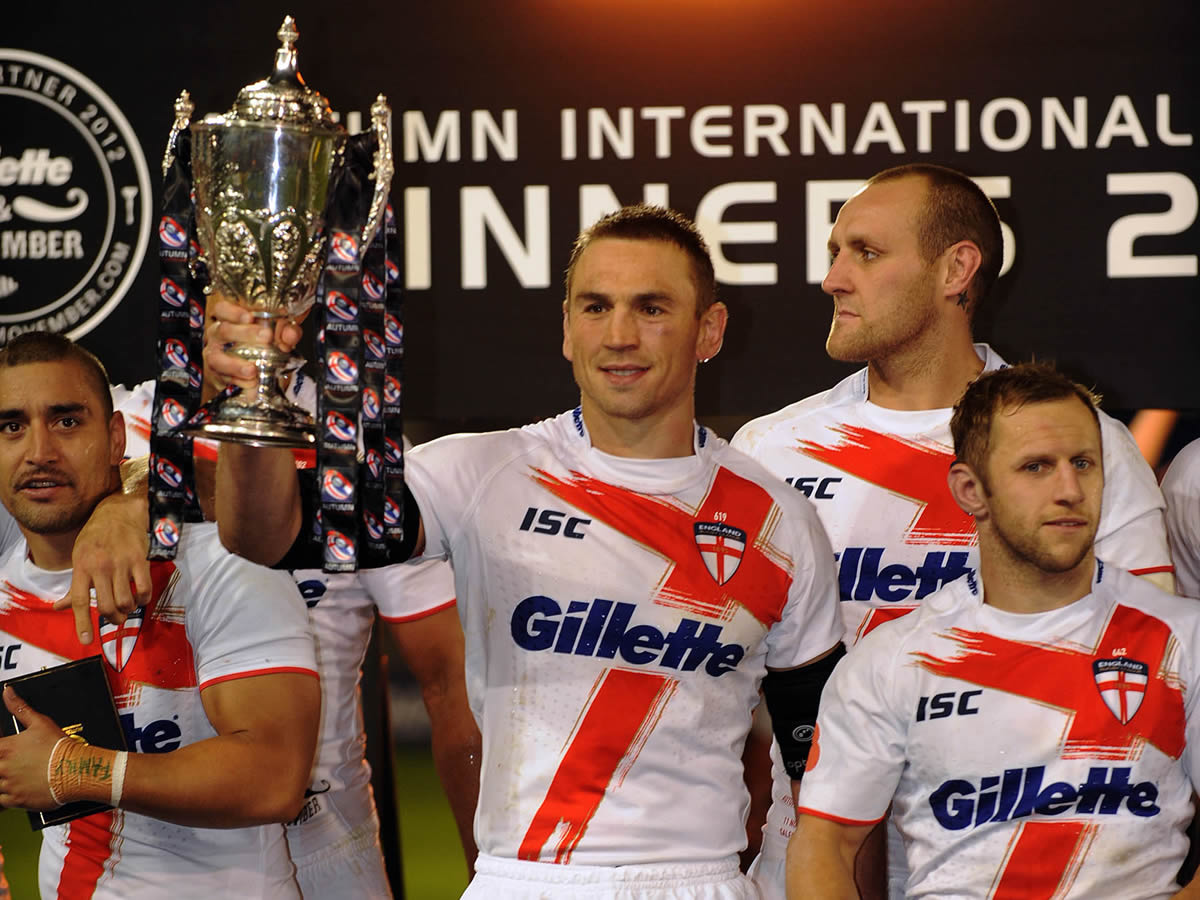 Makinson became the first ever winger to win the Golden Boot and also the first St Helens player to win the award after it was announced by the Rugby League International Federation this year.

The St Helens winger scored a hat-trick in England’s second game of a three-match test series against New Zealand which sealed the series win after beating the Kiwis in the first match.

The 27-year-old also scored on his international debut earlier in the year, again in a win over New Zealand. So far in his club career Makinson has made 198 appearances for St Helens, scoring 104 tries, 108 goals and 632 points.