The announcement of the Super League Dream Team inevitably brings much discussion, mostly centred around those players who didn’t make it.

To whittle Super League’s finest down to just 13 players is not the easiest of jobs, which is why there are always many players who miss out, despite being more than deserving of a spot in the final make-up of the team.

With that in mind, here are 13 players who would’ve fully merited a spot in the 2018 Dream Team.

The 2018 Albert Goldthorpe Medal winner has been a rock in both attack and defence this year for the Wolves and is arguably producing the best rugby of his seven-year stay at the club.

The 30-year old has made more carries and metres than any other Super League full-back this year, and had it not been for the scintillating form of St Helens counterpart, Ben Barba, Ratchford may well have secured the number one jersey in the Dream Team. 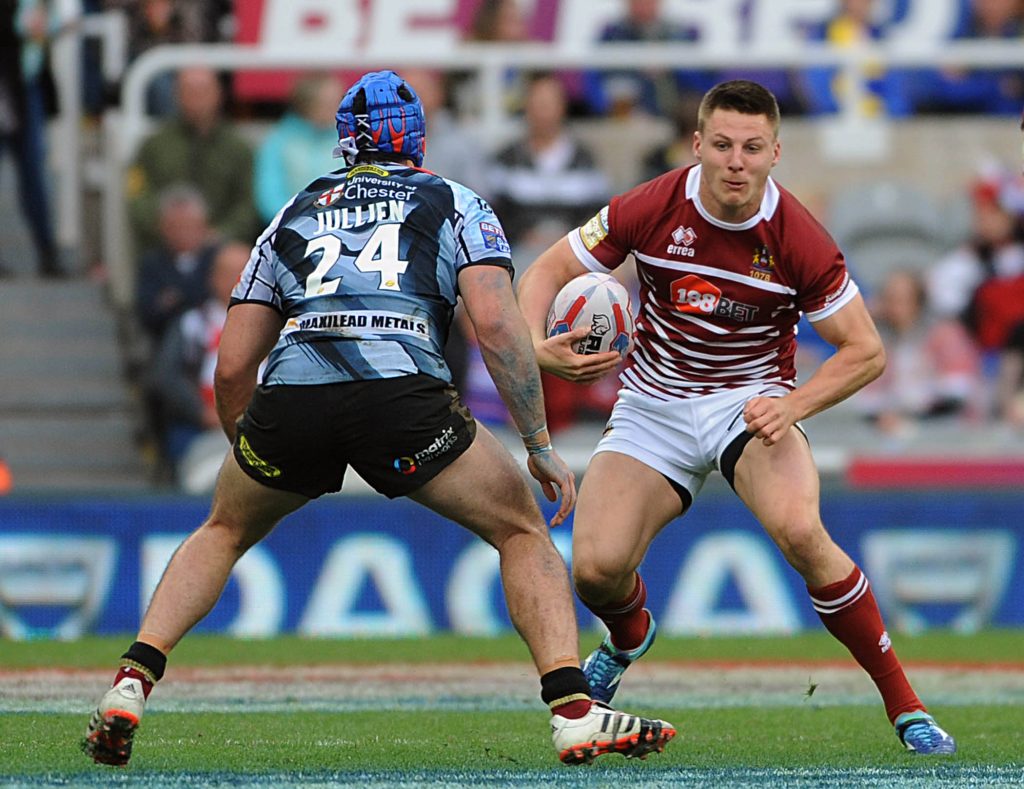 Davies can rest assured that a place in the prestigious team will surely be forthcoming in the years ahead, if he maintains such a high level of performance.

The 21-year old has already amassed a half-century of appearances for the Cherry and Whites, scoring a try every two games. His kick-return yardage has been sensational this year, with his metres made (3849) second only to Bill Tupou across the whole competition. Davies is exactly the kind of player that the Warriors need to build around in the years ahead.

Mead originally signed as a full-back but has seen his form sky-rocket since moving to the centres towards the back end of 2018.

The early return of Tony Gigot from a two-year ban gave the Papua New Guinea-international the opportunity to relocate further wide and he has ended the campaign with 15 tries and a Challenge Cup winners medal to boot. Mead has used all of his experience to help the Dragons and is likely to be pivotal for them again in 2019 as they search for even more success.

Reece Lyne epitomises the consistency needed to succeed in Rugby League and has deservedly earned his first ever call-up to the England squad for the test series against New Zealand.

Lyne leads the way for Trinity in terms of most tackle busts (124) and has really upped his game in 2018. The 25-year old has been in the form of his life for Chris Chester and would’ve fully merited inclusion in the Dream Team alongside Bill Tupou, had the St Helens ‘1-5’ not been firing on all cylinders on such a consistent basis.

Charnley has quickly rediscovered his try-scoring form of old since his return from Rugby Union. He may not have had the best time at Sale, but the way he burst back onto the scene in Rugby League epitomises the self-confidence and ability of a natural finisher.

15 tries, 5 assists and 31 clean breaks later, the 27-year old has surely shown himself to be the best signing of 2018, and with a full pre-season under his belt, it is scary to think what kind of personal accolades and international honours could be forthcoming in the months and years ahead.

After the regular season, Australian playmaker Miller leads the way in terms of try assists with 27 and has once again shown his ability to cut it at the highest level.

There have often been rumours of the 26-year old moving to a top-four Super League club, but he appears to relish being the main man for Wakefield – who will do everything in their power to keep hold of him in the off-season. Miller is fleet-footed and has a special ability to make something from nothing, which is exactly why he can achieve great things regardless of where he plays in the years ahead.

Josh Drinkwater may not want to admit it, but it is no coincidence that his arrival at the Catalans Dragons in April coincided with an upturn in their form.

The 26-year old gave Steve McNamara’s side a calmness, composure and clinical edge close to the opposition line and had a major hand in helping the Dragons claim their first ever piece of silverware. Catalans’ playmaker in chief is a born leader and has brought the razzle-dazzle back to the Catalans attack in a manner not seen since the days of Scott Dureau back in 2015. 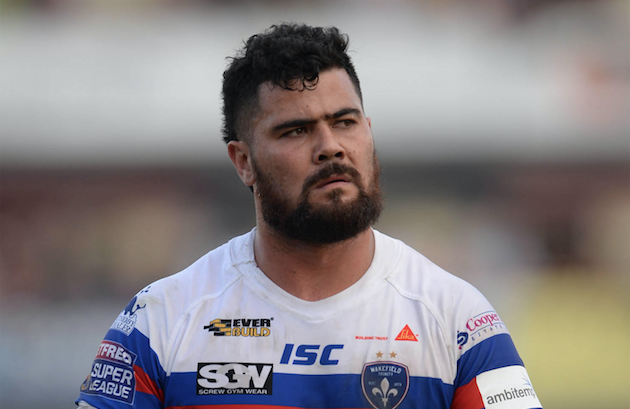 For many years now, Fifita – love him or loath him – has been one of the fiercest runners of a rugby ball in the English game.

The 29-year old may be quite an abrupt and abrasive character on the field, but there is little doubting his talent. The impact he has on Chris Chester’s side is astronomical and he is more than deserving of a spot in the Dream Team. He has made more tackle busts than any other prop forward in the competition, and in a game where field position is everything, players like Fifita are crucial to success for any tea.

Paul McShane will certainly feel slightly aggrieved after being overlooked in favour of James Roby for the official Dream Team, but his absence should not detract from what has been an exceptional 2018 season.

McShane succeeding in both the hooking role and at half-back following injuries to Luke Gale and Ben Roberts, notching 27 try assists, bettered only by the aforementioned Jacob Miller. He also completed a staggering 95 more tackles than any other player in the competition heading into the play-offs. With those kinds of figures, Tigers fans will be scratching their heads wondering how he has not been included.

Renowned for being a hard-working team player, the 31-year old made more carries than any other Tigers star this season and proved that he still has plenty in the tank yet, despite being older than many of his fellow forwards. You know exactly what you get with Millington, and that is exactly the kind of thing that should be rewarded in the Dream Team.

Had it not been for injuries to both himself and members of the Warrington backline, Harvey Livett could well have been one of the breakthrough stars of the 2018 campaign.

Steve Price’s decision to move him to the second-row seemed odd at first but proved to be a masterstroke in a matter of weeks, with the 21-year old producing a series of excellent offerings, most notably his game-winning, three-try performance away at Leeds back in May.

Despite finishing the regular season in the halves, LIvett’s position in the forwards is surely cemented for 2019. Barring he stays injury-free and maintains his form, Harvey could well be on course for his first inclusion in the 2019 Dream Team.

Zeb Taia doesn’t seem to have had a bad performance on a rugby field since joining St Helens back in 2017 and will surely be disappointed not to join his seven team-mates in the final make-up of the Dream Team.

The 33-year old is a versatile member of the Saints forward pack and is a Fantasy Rugby fans’ dream; whether it be making tackles, breaking the line, or scoring tries, Taia does it all with ease. He may be the elder statesman of the Saints side but the former Cook Islands-international is showing no signs of slowing down.

After announcing his retirement, Ryan Hinchcliffe could easily have left the John Smith’s Stadium with a spot in the Dream Team, following three successful years with the Giants.

Despite winning all major club trophies back in the NRL with Melbourne Storm, the Australian still came over to Super League and gave his heart and soul for the team, becoming a real fans’ favourite. He made over 1000 tackles for the Claret and Golds this year and will be a huge miss for Simon Woolford next season. He may not have won Super League silverware, but he will still be remembered extremely fondly in West Yorkshire, despite his contentious omission from the 2018 Dream Team.