Joe Batchelor is feeling the benefits from training as a full-time professional as he aims to make his St Helens debut this year.

The 24-year-old joined Saints on a three-year deal ahead of this season from York City Knights, where he is currently spending a month on loan.

Batchelor has yet to make his competitive debut for Justin Holbrook’s side, but he understands he has to bide his time at the club.

“It has been a tough pre-season this year because I’m full-time but it is good for my development and I’m really happy to have joined the club,” Batchelor told loverugbyleague.com.

“Going to the full-time environment is completely different to being part-time. We can just concentrate solely on rugby, but I manage my time a lot better now as well. It’s a big step up but it’s something I’m relishing at the moment.

“My goal at the moment is just making my debut. I want to be in a position when I make my debut to make an impact and leave my mark on the game, so hopefully I will be able to keep my place.

“I want to make an impression, but I know it’s going to be difficult to get to that point but I’m working hard to make sure I’m ready for when the time comes, whenever that might be.”

The back-rower started his professional career at Coventry Bears, but it was at the Knights where he caught the eye of Saints, as well as a number of other Super League clubs.

Batchelor scored 23 tries in 27 appearances for James Ford’s York side, and now he wants to help Holbrook’s outfit achieve success.

“I’ve learned a lot since I first arrived here at Saints,” he admitted.

“The lads are brilliant. They come forward with tips and pointers which is great, and I feel I can only get better by being here. We’ve got a wealth of experience at Saints, there are quite a few boys who have played in World Cups and finals, so I’m never not learning.

“Justin has been good with me. He made it pretty clear to me when I first came in that he’s happy to play me if I’m good enough.

“He didn’t make me any promises or anything like that, but he’s obviously picked me up for a reason.

“He’s seen something in me so that’s a confidence boost for myself but at the same time, he wants to be at a level where St Helens are winning trophies and that’s a level where I need to make sure I’m at.” 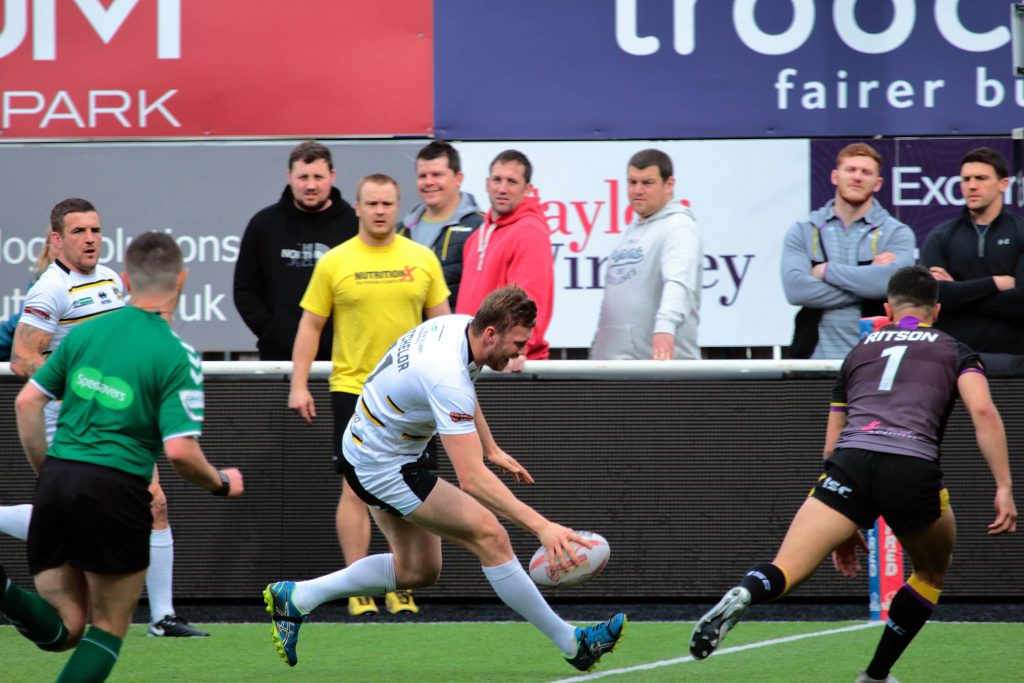