Danny Walker still needs to pinch himself as he pulls on his Warrington shirt, the club who he had a season ticket for since he was four.

The 19-year-old joined hometown club Warrington in the off-season after coming through the academy at their rivals, Widnes Vikings.

Walker is one of the finest young talents England has to offer, having made burst onto the Super League scene when he was 17. He has since become an England Knights international.

Despite making 30 first-team appearances for Widnes, Walker is still stunned to be at his hometown club, Warrington.

“It is a surreal feeling, me and my family still pinch ourselves a little bit because we’ve supported them since we were all little,” Walker told loverugbyleague.com.

“My family were season ticket holders until my first year of Scholarship at Widnes, they then followed me around, but I had a season ticket when I was round four up until when I signed for Widnes.

“I’ve told my family they can’t have my name on the back of their shirts though! My mum was winding me up saying she was going to get ‘son’ on hers and I said no way! I’ve got a couple of little nephews though and they’ve got my name on the back, which is nice.

“I played in Ryan Atkins’ testimonial game in pre-season and I noticed a few young kids had my name on the back of their shirt and I was taken back by it, it was mad.”

Warrington legend Ben Westwood was Walker’s idol when he was growing up, although he doesn’t want Wire’s stalwart to know that.

And being coached by his childhood hero is another picturesque moment for the former Rylands Sharks and Crosfields junior.

“I grew up watching the likes of Benny [Westwood] and Briersy [Lee Briers], who were my idols really,” Walker added.

“Paul Wood, Micky Higham and the Monaghan brothers were here when I was young as well.

“It’s especially surreal playing alongside Super [Ben Westwood] because he was like my idol 10 years ago, but I wouldn’t tell him that!

“I’ve not set any goals at Warrington yet. I will give 100%, no matter what I do. I will hopefully get a chance and grab it with both hands and see where it takes me.” 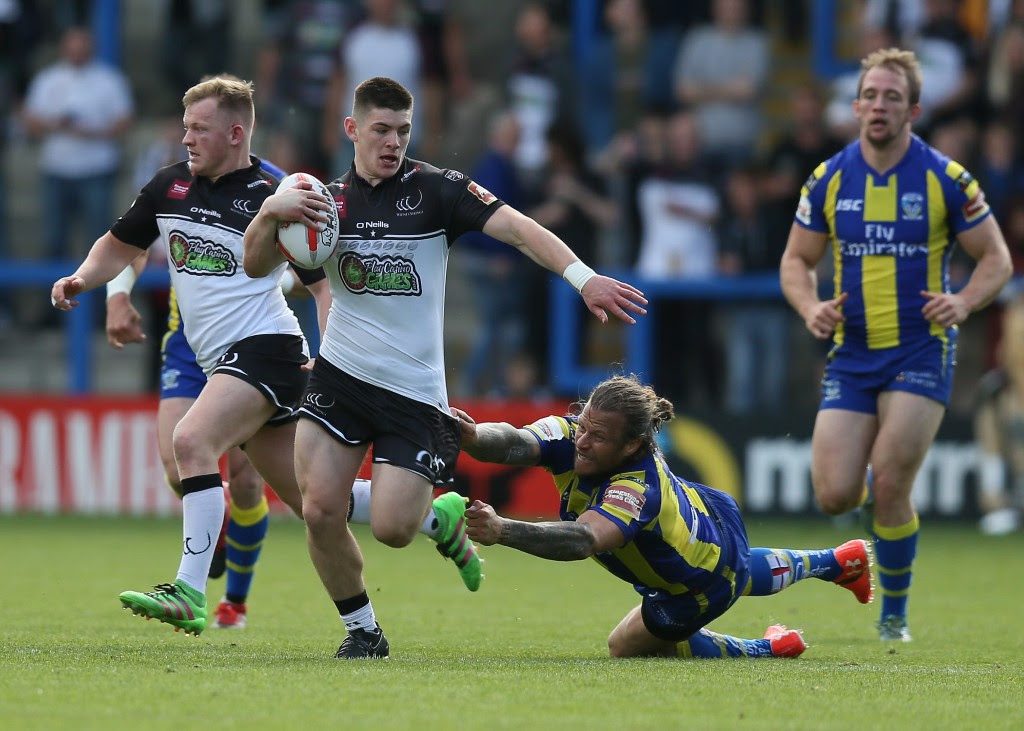