Is there an argument to be made that the number seven role is one of the most influential and important roles in the game today?

Well on the face of it, this could certainly be true. When you look at the position itself we could say it requires a whole host of traits from great game management, ball distribution, vision, creativity and a little dose of flair to add into the mix. Throughout the late 1990s and early 2000s, the rugby league world saw half-backs such as Andrew Johns, Craig Gower, Jason Taylor, Brett Kimmorley and Allan Langer all have skill in abundance. Another player definitely needs adding to this list and that is Stacey Jones. During his time in the league, Jones was the whole package and the epitome of the number seven spot by solidifying his status as one of the best scrum-halves in the game. So, in tribute to the ‘Little General’ himself, we take an in depth look into the career of one of New Zealand’s finest.

Born in Auckland and of Maori descent, Jones’ rugby league journey began back in the junior grades when he played for the likes of Ponsonby Ponies, Mount Albert Lions and Point Chevalier Pirates. After attending St Paul’s College, he went on to sign for the Auckland City Vulcans who participated in New Zealand’s domestic competition in 1994. In 16 appearances, he scored six tries with the Vulcans. 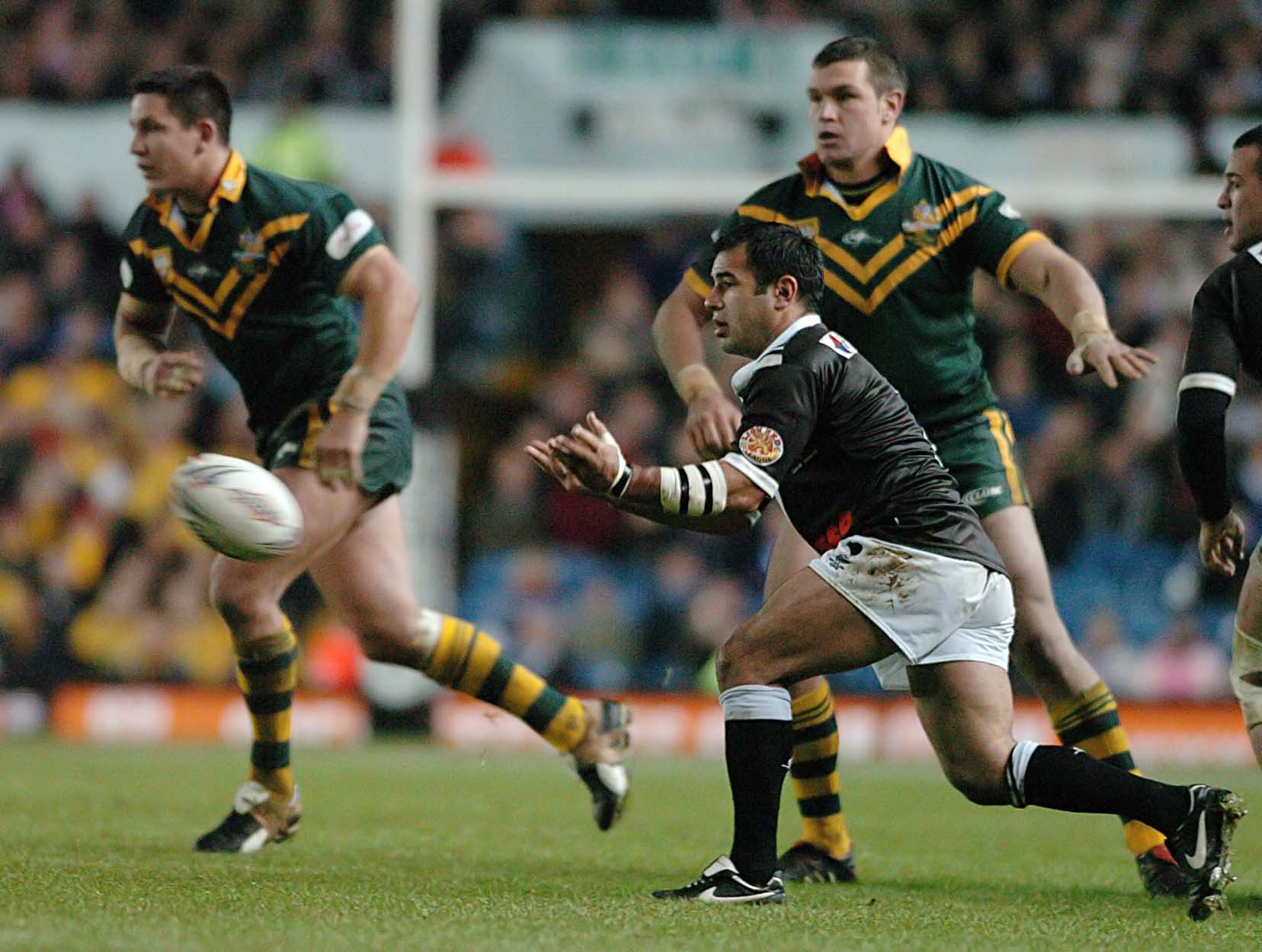 By 1995, a new franchise in the city was formed as the Auckland Warriors was founded and became the first side outside of Australia to play in the country’s first-grade premiership at the time – the ARL. The Warriors would go on to scout Jones and sign the player in time for their inaugural season. The promising young half-back went on to make his debut against Parramatta in the same year and came off the bench to score a try in a 40-4 thrashing of the Eels. After appearing sporadically throughout the year, Jones eventually got his chance to take up the starting half-back role after an injury to Greg Alexander. It was an opportunity that he would take with both hands as his displays saw him force Alexander into the full-back position upon his return. Despite playing only a couple of years of first grade rugby, his talent was undeniable and his performances for the Warriors saw him earn a place in the New Zealand squad in time for the 1995 Rugby League World Cup.

Throughout the late 1990s, the Warriors did not experience much success on the field and even found themselves in financial troubles off the field. However, Jones was a beacon of loyalty and consistency and between 1995-99, he played in more than 100 consecutive matches for the side and the only reason his streak ended was due to the fact he broke his arm while playing for the Kiwis in a match against Tonga.

By 2000, the Warriors money troubles had caught up with them and in the end were made to go bankrupt and sold for a second time in their brief history. However, after being bought by businessman Eric Watson, the club re-branded but this time as the New Zealand Warriors and again Jones’ loyalty showed. The dynamic half-back became one of the first signings for the new franchise and with it, plenty other signings followed. A new ownership sparked a resurgence through the club and with Jones’ captaincy and influence it sparked a run of three consecutive NRL seasons between 2001-03. Over that time the little maestro showed that even though he was never held in as high regard as say Andrew Johns, he was still right there knocking on the door, if not performing at an equal level with the league’s elite half-backs and performers.

The 2002 NRL season will undoubtedly go down as one of his finest years to date as the Warriors continued their NRL finals streak after claiming the Minor Premiership before going on to reach the Grand Final.

Although it ended in a defeat to the Roosters, Jones showed exactly why he was one of the best half-backs in the league as he scored a fantastic try to beat three Sydney defenders from around 30 metres out. Despite the losing effort, the Kiwi international was head and shoulders above the rest throughout the year and became the second New Zealander after Hugh McGahan to win the Golden Boot award.

Despite retiring from international duty in 2004, Jones made an international return during the 2005 Tri-Nations series. In a starring comeback, he would be an influential figure as he guided the Kiwis to their first win in Sydney for 50 years before setting up four tries and kicking seven conversions in a win against England. In the final against Australia at Elland Road, Jones again proved to be a thorn in the Aussies side as New Zealand came away with a shutout 24-0 win and the series victory.

In 2006, Jones made the decision to finally leave the Warriors and take his talents to Super League, where he would join new French addition – Catalans Dragons. In two seasons with the club, his influence was again on show as he helped steer the Dragons to the 2007 Challenge Cup final.

After a short two-year stint in Super League, Jones announced his retirement from the game and returned to New Zealand and took up the role of kicking coach for the Warriors in time for the 2008 season. However, it would not be the last we saw of the New Zealand playmaker on the pitch as by the end of 2008, he announced his comeback for the Warriors in time for the start of the 2009 season. Upon his return he did not look to have lost much of a step and reaffirmed his status as ‘The Little General’ after grabbing two assists in a narrow 26-24 win over Manly. Despite expecting to appear sporadically throughout the year, Jones was thrusted into the starting half-back role once again for the rest of the season. By the end of the year though, he announced his comeback was over and called an official end on his glittering career.

To this day, he stands as the Warriors’ second highest appearance maker and try scorer with 261 and 77 respectively. In his 15-year career, Jones was also a mainstay for New Zealand after featuring in two World Cups (1995 and 2000) and three Tri-Nations series (1999, 2005 and 2006) and his 46 test caps would be the fourth most by a Kiwi International. 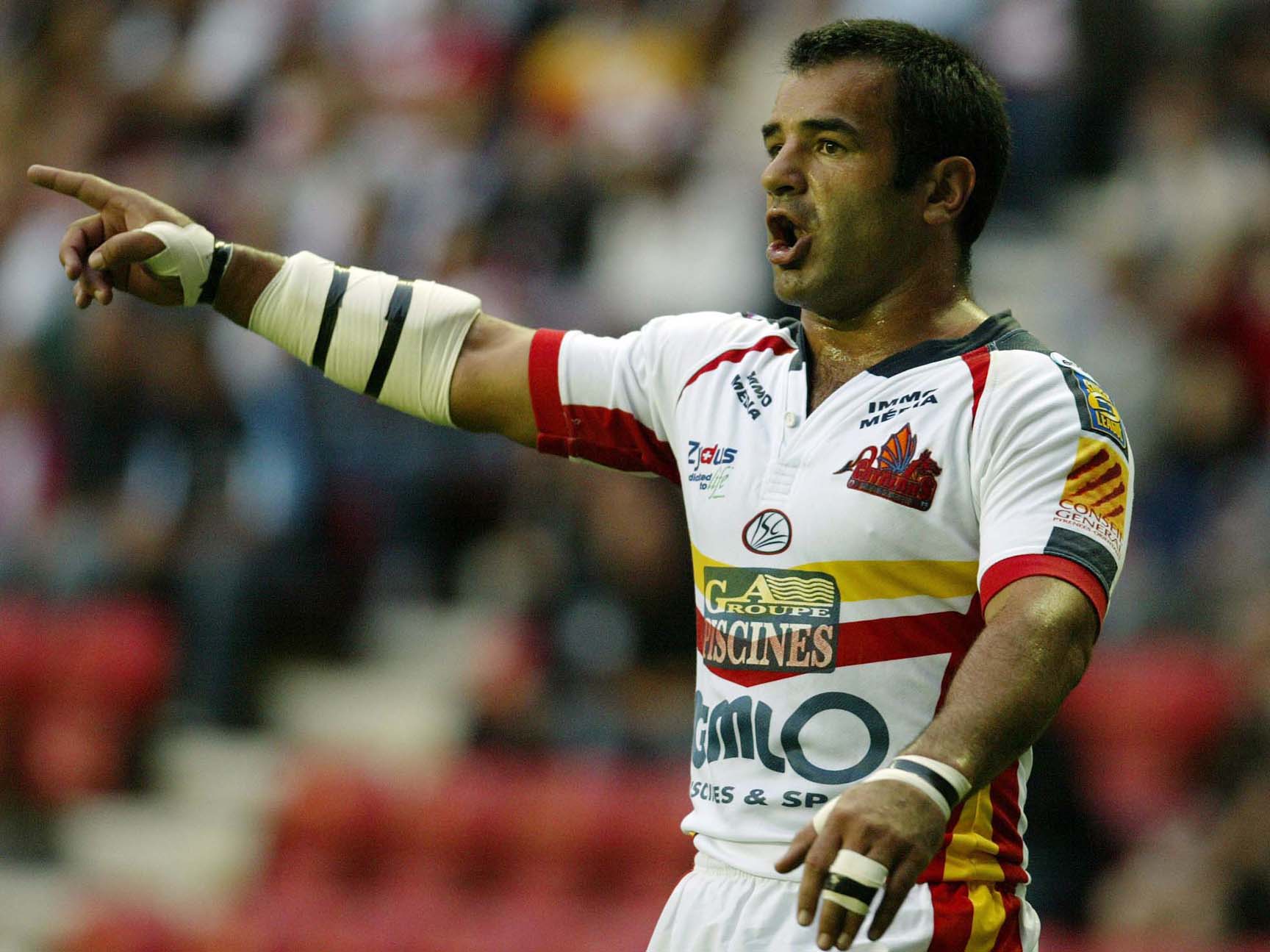 The Little General was one of the finest New Zealand players of his generation and his ability to tear apart defences with his toughness, vision and slick ball playing seeing him become one of the premier competitors over the course of the late 1990s and early 2000s.

During that time, he was certainly considered upon the upper echelons of half-backs in the sport. Despite a short stint with Catalans, his loyalty to the Warriors should never be questioned as even through the Warriors’ darkest of times he was still the shining light that they needed. Overall, he was the ultimate shot caller and a player who could breathe life into any game with his creativity and flair unlike many in the league at the time. Even though he would never experience a Grand Final victory for the Warriors, Jones will still be seen as a champion by many as well as being one of the best individual performers the NRL has ever seen.