What can we take away from the 2019 Super League Magic Weekend at Anfield?

Magic by name, magic by nature 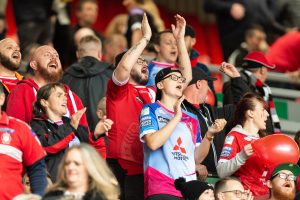 There was a lot of talk ahead of this year’s Magic Weekend about the crowd figure for the event. The weekend total of 56,869 was over 7,500 less than at St James’ Park 12 months ago. Nevertheless, the fans who did attend were treated to six high-quality games of rugby league. Whether it be Huddersfield inflicting a record Magic Weekend defeat over Hull FC or London threatening a second-half comeback against Leeds, there was certainly plenty to keep fans entertained out on the field. 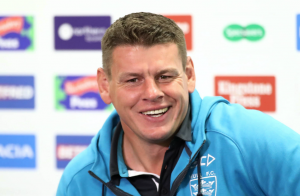 Lee Radford was the first to admit post-match that his Hull FC would not make the top five this year if they continued to be so frustratingly inconsistent. The way Huddersfield brushed them aside seemingly caught everyone by surprise. It wasn’t a case of Huddersfield being world beaters – admittedly, they still produced a clinical display – but rather the black-and-whites failing to turn up. After picking up a remarkable away win at Warrington the week before, Radford will be scratching his head wondering what needs to be done to keep their level of display somewhere near their best. 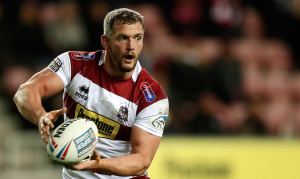 Ahead of their match against Warrington, few Wigan supporters will have foreseen Sean O’Loughlin starting in the halves ahead of Jarrod Sammut, who was assigned a place on the bench. The Warriors captain is clearly capable with ball-in-hand, but with his inclusion at seven meaning one of their creative sparks was absent from the beginning, it gave Warrington the perfect platform to hit the front early doors, and from then on, they rarely looked like being troubled. The result means Lam has lost all three meetings with Steve Price’s side this year, albeit none of them by a landslide margin. With Wigan’s chances of making the top five growing slimmer by the week, a potential tactical switch could well be on the horizon.

London will fight to the end 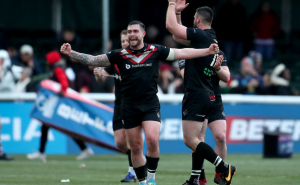 Despite having the Anfield crowd on their side for large swathes of their meeting with Leeds, Danny Ward’s Broncos outfit could not find a way to get over the finishing line against the eight-time Super League champions. The gap between the bottom four is just four points, with Wigan just a couple more poor results away from being well and truly in a relegation dogfight. If Ward does manage to keep London in the top-flight, he must surely be a hat-tip for Coach of the Year. Given the resources at their disposal, the Londoners have formed a squad capable of ensuring Super League safety. However, you get the feeling that five or six more wins are still needed to turn that dream into a reality.

Super League competition tougher than ever

Taking Huddersfield’s freakishly large scoreline over Hull FC out of the equation, the average defeat from the other five games over the weekend was little over eight points. Whichever way you look at it, the gap between the ‘best and the rest’ is shrinking week-on-week, with the likes of Wigan and Leeds finding themselves in largely unfamiliar surroundings lower down the league ladder. Aside from Warrington and St Helens, no other side have shown an overwhelming consistency to their game. Catalans, who were criticised for their inability to win on the road, now sit third after scraping past Wakefield, while Hull FC are fourth despite their Anfield capitulation. As fans of the sport, this is what we want to see. A fight for the top five and an all-consuming battle to avoid the drop means 2019 could prove to be one of the most captivating seasons in recent times.

Where next for the Magic Weekend? 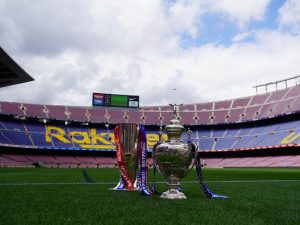 Now that the dust has settled from another weekend extravaganza of rugby league, attention now turns to where the event will be held next. Of course, many have suggested returning to a previous venue; perhaps St James’ Park, where it has been held for the past four years, or Manchester City’s Etihad Stadium, which last hosted the event in 2014. After the success of Catalans’ historic clash with Barcelona, some are suggesting a switch to the Camp Nou, but talk of an overseas Magic Weekend may be a little premature. Tottenham’s new ground has surfaced as a potential option for next year, while Anfield could be given a chance to build upon this year’s largely successful opener. The event may be over and done with for now but expect to hear more on the subject in the coming weeks.