Here’s a look at six players who could be lining up at a Super League club when the new season begins. 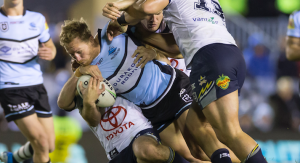 The 32-year-old is rumoured to be attracting significant attention from Leeds as they shape their squad ahead of the new season. Prior, who can play at prop, second-row and loose forward, won NRL titles with St George Illawarra (2010) and Cronulla (2016) and has over 250 NRL appearances to his name. He was selected for New South Wales in Game Two of the 2018 Origin Series and is often a player who, despite his consistently high standard of performance, flies under the radar. At 6ft 2in, Prior will almost certainly add some firepower and physicality to the Rhinos pack. 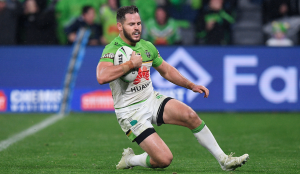 Given that Huddersfield are ready to send half-back Matty Frawley to Halifax, it is almost certain that Sezer will be named as a Giants player before the month is over. The 28-year-old has spent his entire career in the NRL, playing for Gold Coast between 2012-15 and Canberra ever since. A Turkey international, Sezer has been restricted to a bit-part role in his final year at the Raiders following the good form of fellow five-eight Sam Williams, but will almost definitely add a new, refreshing dynamic to the Giants backline. 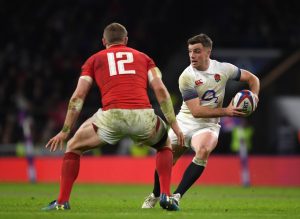 It was reported in The Sun last weekend that Leeds are ready to follow Toronto’s lead and bring a rugby union star over to the 13-man code. Top of their wish list is Leicester fly-half Ford, who is fresh off the back of some impressive displays at the 2019 Rugby Union World Cup in Japan. Hailing from Greater Manchester, Ford started playing rugby league aged five at Saddleworth Rangers and has spent time at Wigan and Bradford Academy in his teenage years. Despite moving over to union, he already possesses the core rugby league skills and would be a real coup for the sport if he opted to cross codes.

Cook Islands and New Zealand international Tetevano was heavily linked with Warrington last month, but it appears that he is still unsure whether to bring his young family over to the UK. If the Wolves can convince him to join, they would be recruiting a no-nonsense prop forward with over 100 NRL appearances, 73 of which came for the Sydney Roosters. He was unlucky to be replaced by Roosters team-mate Jake Friend in the build-up to the 2019 Grand Final, but was still involved with their 2018-winning side. The 29-year-old is in the prime of his career and would add some real aggression and physicality to any team, regardless of where he decides to play his rugby moving forward.

With Rabbitohs Head Coach Wayne Bennett offloading Turner to free up salary cap space, could this be the year that he makes the move to Super League? Since making his debut in 2014, the second-rower has spent his entire career at South Sydney, scoring 13 times in 91 appearances. In his first season at the club, Turner came off the bench in their Grand Final success against Canterbury, and he also made 16 appearances in 2019 as the Rabbitohs finished third in the table. Leeds have reportedly been eyeing up the 27-year-old for over a year now, and his arrival could help to soften the blow of Jamie Jones-Buchanan and Carl Ablett’s departure. 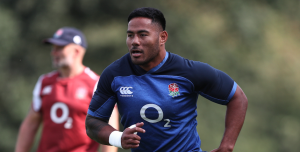 Warrington CEO Karl Fitzpatrick recently admitted that the club tried, and ultimately failed, to secure the signature of 28-year-old Tuilagi earlier this year, before turning their attention to Luther Burrell. The Samoa-born union star plays at centre in the 15-man code, but would be able to play at second-rower in league, if called upon. He has amassed over 100 appearances for Leicester and, like club team-mate Ford, also represented England at the recent World Cup. Warrington may have failed to bring Tuilagi to Super League, but could another club do enough to lure him over to league?