RFL chairman Simon Johnson has defended the decision to keep the Challenge Cup final at Wembley even though it will be played behind closed doors, and reiterated a plea for more Government support during the coronavirus pandemic.

Writing in his programme notes ahead of Saturday’s clash between Leeds and Salford, Johnson insisted there will be no asterisk placed against the winners of the 125th anniversary final.

“This Challenge Cup final will be remembered for being played with the lowest attendance in history,” Johnson wrote. “There will be fewer than 200 people in the whole stadium, something which we all bitterly regret.

“Wembley’s wide open spaces will echo to the shouts of the players and the coaches. This great stadium will provide a lonely backdrop to the compelling action on the field.

“To those who criticise our decision to play this final at Wembley, I retort that it is entirely fitting that we should be here – the relationship between Wembley and the Challenge Cup final is so strong.

“For, in this strange and most challenging of seasons, it is significant and praiseworthy that we have arrived at the first showpiece occasion; at the award of the first trophy of the season and that we are trying to be as normal as we can.

“Whichever of Leeds Rhinos and Salford Red Devils are the winners, their name will be forever written in the history books as Coral Challenge Cup winners.

“There will be no asterisk next to this triumph for whoever wins. Whichever of Luke Gale or Lee Mossop is the winning captain, they will lift, down on the pitch, the real Coral Challenge Cup trophy.” 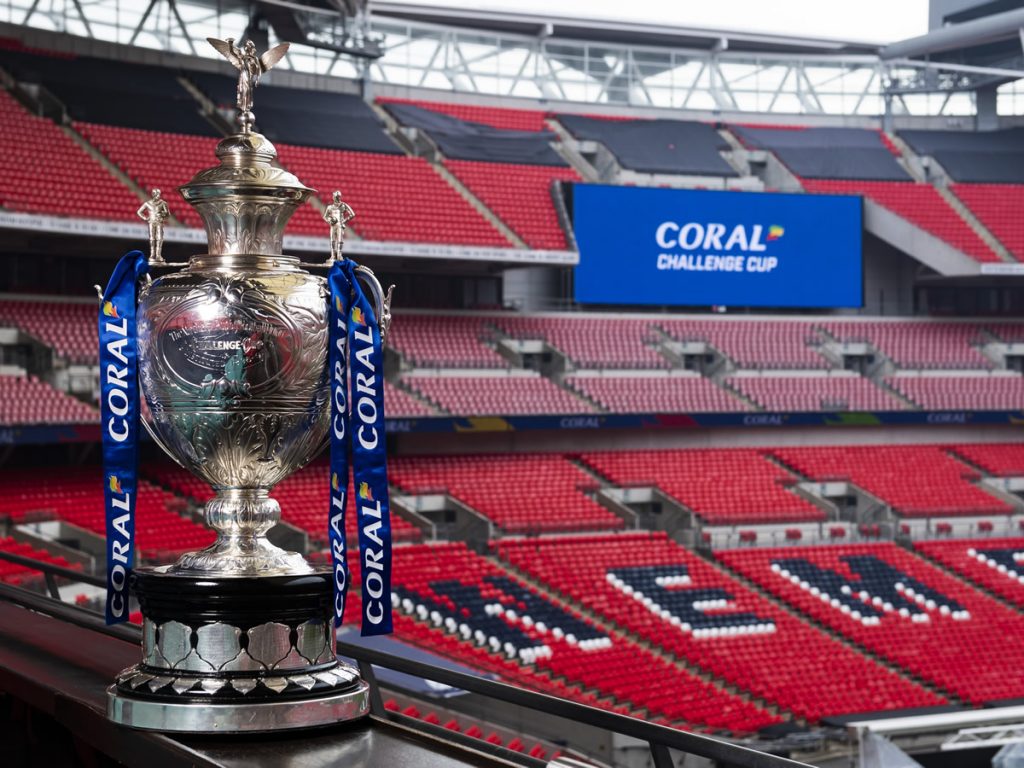 Johnson praised the clubs and the players for their willingness to adapt to change and their flexibility for keeping the season alive.

He also thanked the Government for the £16million loan but warned the game remains in a perilous state and called for more support.

“Our game is still in a vulnerable state,” he added. “We have worked hard to make our stadiums safe for spectators and yet we have not been able to let spectators into them.

“We have implemented class-leading bio security protocols and yet may have to remain closed for six more months.

“We are ready to be part of the economic recovery and the return of our national life to normality but we can only do that if we have been able to survive the restrictions.

“I hope that Government will continue to look favourably on our request for measures to help rugby league to help the nation’s fight against coronavirus.”