We have taken a look at the main talking points from round eight of the NRL season. 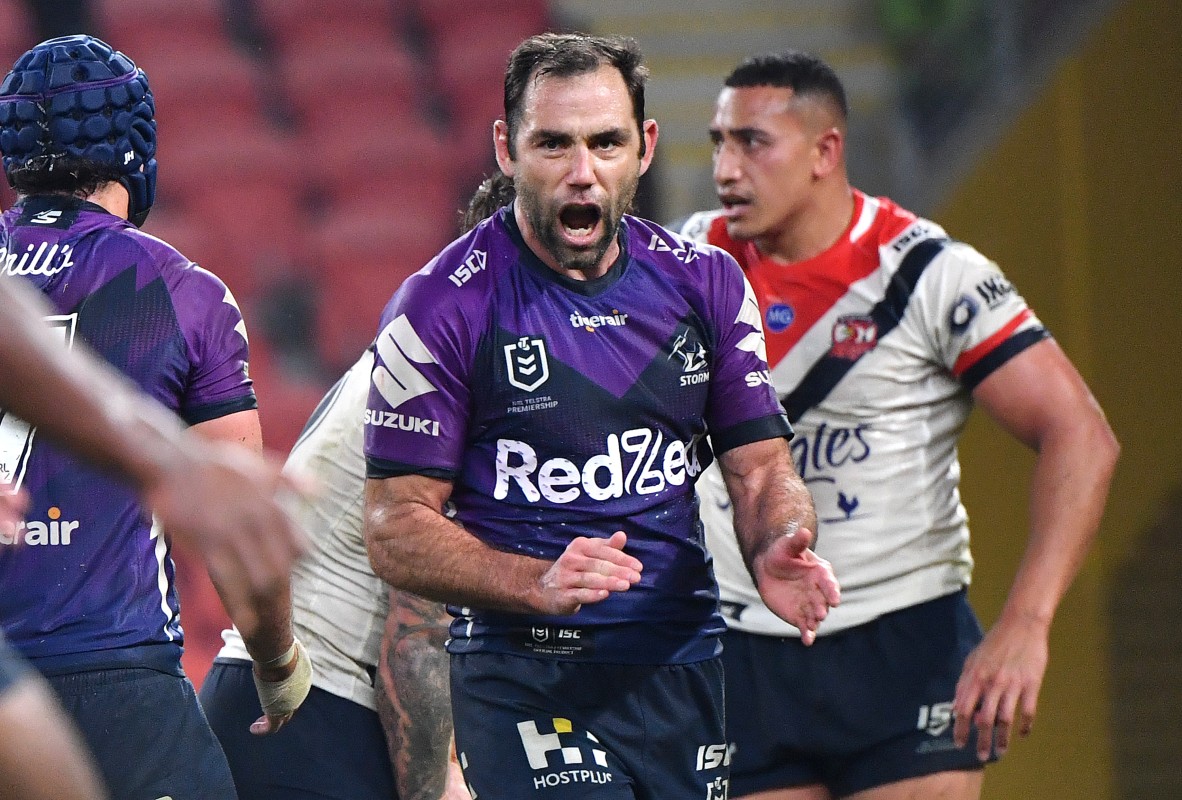 A Cameron Smith penalty gave Melbourne a golden point win in a classic encounter against the Roosters.

It looked unlikely an extra period would be required as Sydney led 26-12 with nine minutes left but two tries in as many minutes from Jahrome Hughes and Paul Momirovski saw the Storm hit the front.

Stunningly, a Kyle Flanagan penalty and a Luke Keary drop goal looked to have finally clinched it for the Roosters but Ryan Papenhuyzen’s maiden drop goal gave the match the end it deserved.

This result could have a bearing on the Grand Final winners as the loser of this clash the last three times when they have met outside of Melbourne or Sydney has gone on to win the competition in 2017, 2018 and 2019.

Smith impressed playing in the halves for the first time since 2014 and both Morris brothers crossed for the reigning champions, taking their combined total to 303 tries in 556 matches.

Melbourne will look to back this win up against Canberra while Sydney Roosters will kick off round nine when they travel to the Cowboys.

Stat of the match: 1983 – The last time Sydney Roosters lost having scored 25 points, when they fell to a 25-36 defeat against Cronulla. 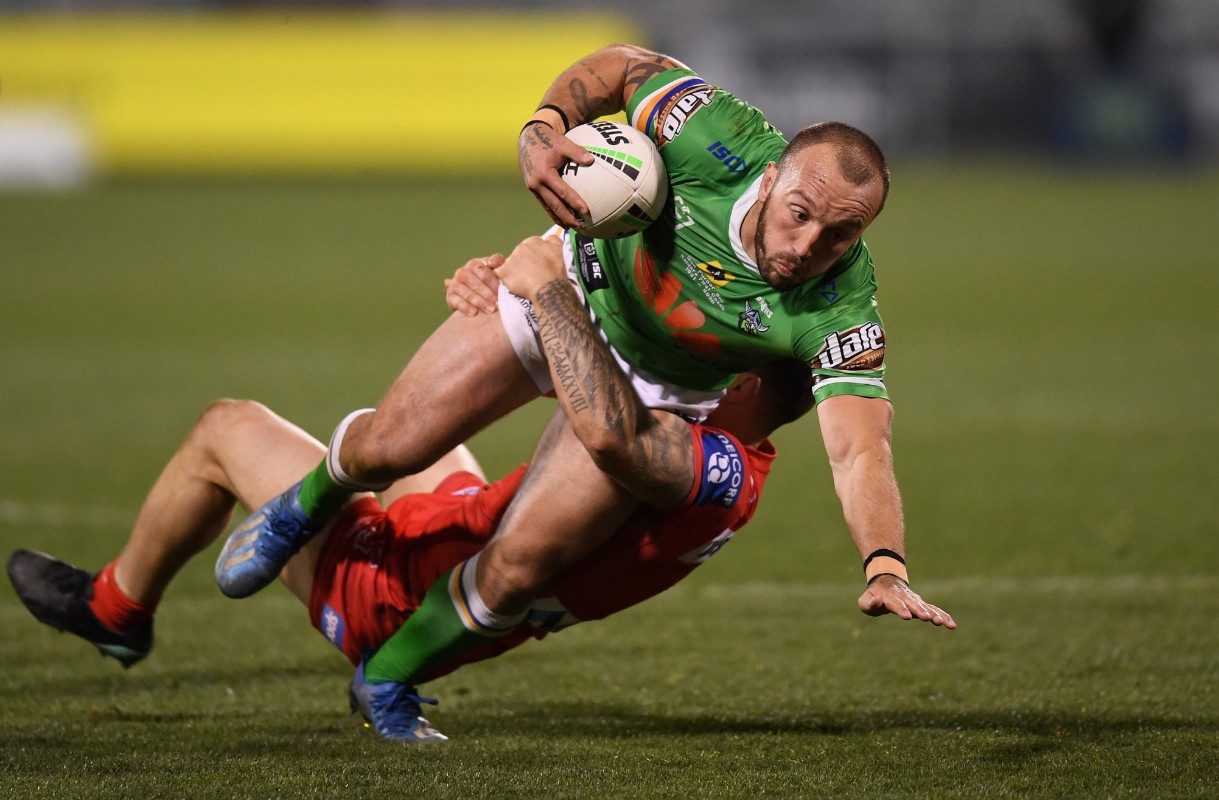 Canberra halted their losing run as an impressive first half performance was enough for victory over the Dragons.

The Raiders led 18-0 at half-time with tries from Nick Cotric, Bailey Simonsson and George Williams’ first in the NRL.

Jarrod Croker made it 22-0 after the interval with his first four-pointer against the Dragons since becoming the all-time Canberra try-scorer last time out against them.

Ricky Stuart’s side suffered a number of injuries though, losing Sia Soliola, Emre Guler and Elliott Whitehead as they finished with 14 men.

St George can take heart from their second half fightback with a Matt Dufty double either side of Zac Lomax crossing but the damage had already been done.

The Raiders will play the Storm in an enticing match up before the Dragons finish round nine against Manly.

Stat of the match: 4 – Consecutive matches Nick Cotric has scored the first try in this encounter. 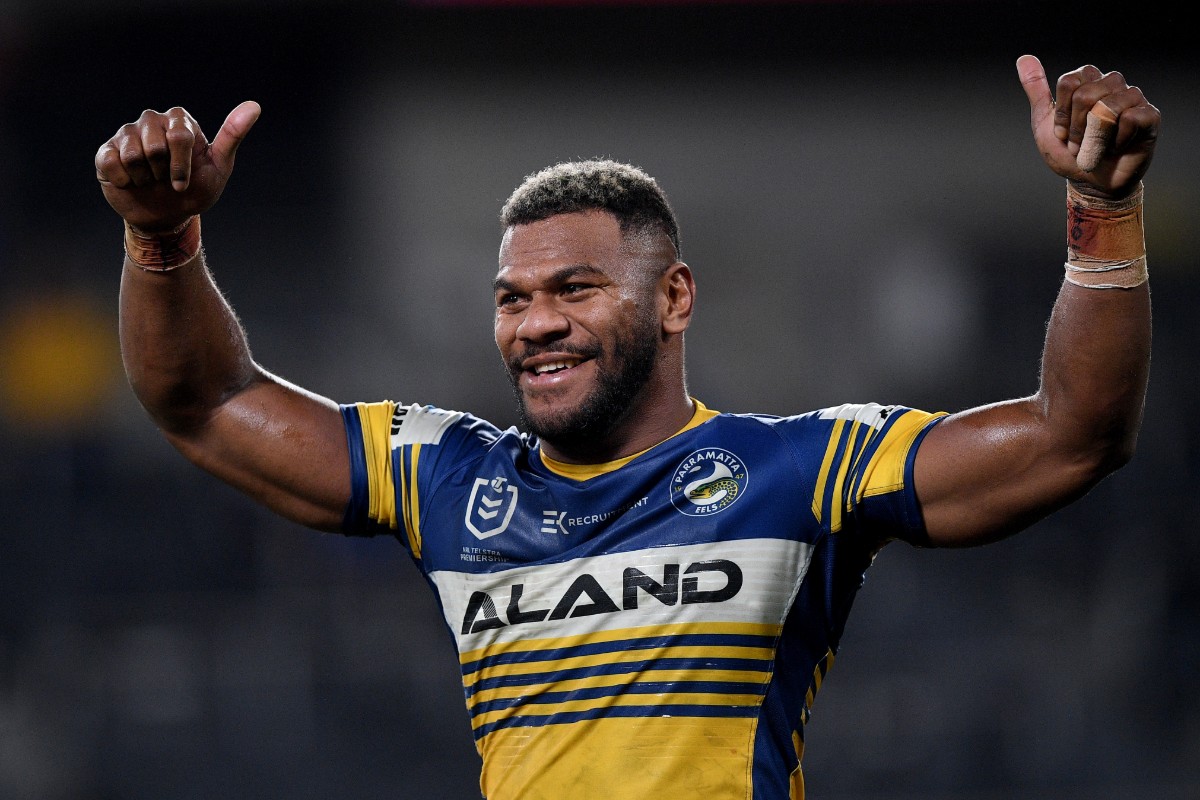 Four tries from Maika Sivo helped the Eels thrash North Queensland as they have no issues missing Mitchell Moses.

Sivo extended his record at Bankwest Stadium to 19 tries in 17 matches as he became the first Eels since Semi Radradra to score four tries in a game.

Star halfback Moses went off injured in the previous match but there were key performances from halves partner Dylan Brown and 100th gamer Clint Gutherson with three try assists each.

For the Cowboys it was a disappointing performance, showing their defensive frailties again, with only the Broncos and Titans having conceded more points in 2020.

A rare positive for Paul Green was five-eighth Scott Drinkwater who set up their only try for Tom Opacic and has now been involved in 48 percent of their tries this season. 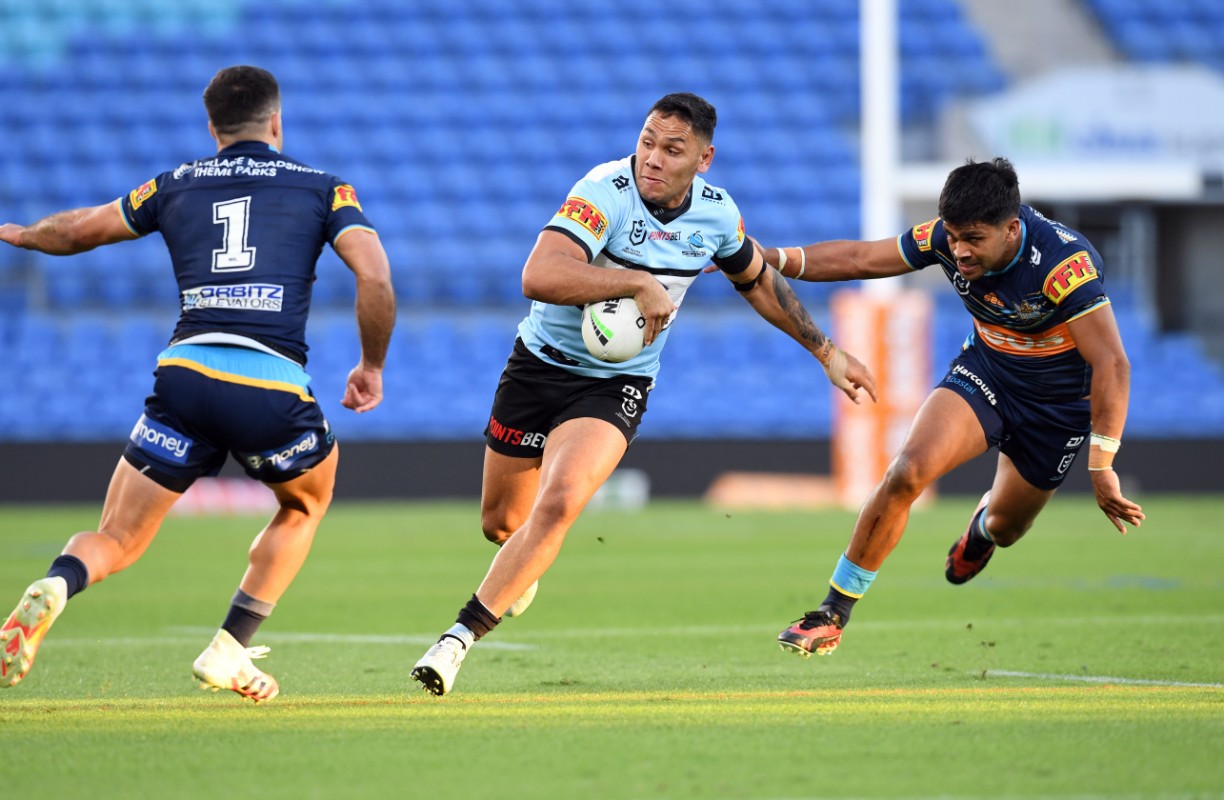 A second half blitz ensured the Sharks notched up a third consecutive victory by comfortably seeing off the Titans.

It is the first time since 2018 the Sharks have put together three wins in a row and gives them a shot of making the finals in this shortened season.

The performance after the interval was aided by Shaun Johnson who set up two tries to help Cronulla deal with the loss of Matt Moylan to a hamstring injury.

On the other side, it was a poor showing from the Titans after the break as they failed to score a point, having trailed just 12-10.

They were hampered by injuries beforehand with Brian Kelly and Phillip Sami out but were at least encouraged by Beau Fermor’s debut as he racked up seven runs, two line breaks and 130 metres.

Gold Coast will face the Warriors in round nine while the Sharks will play Penrith. 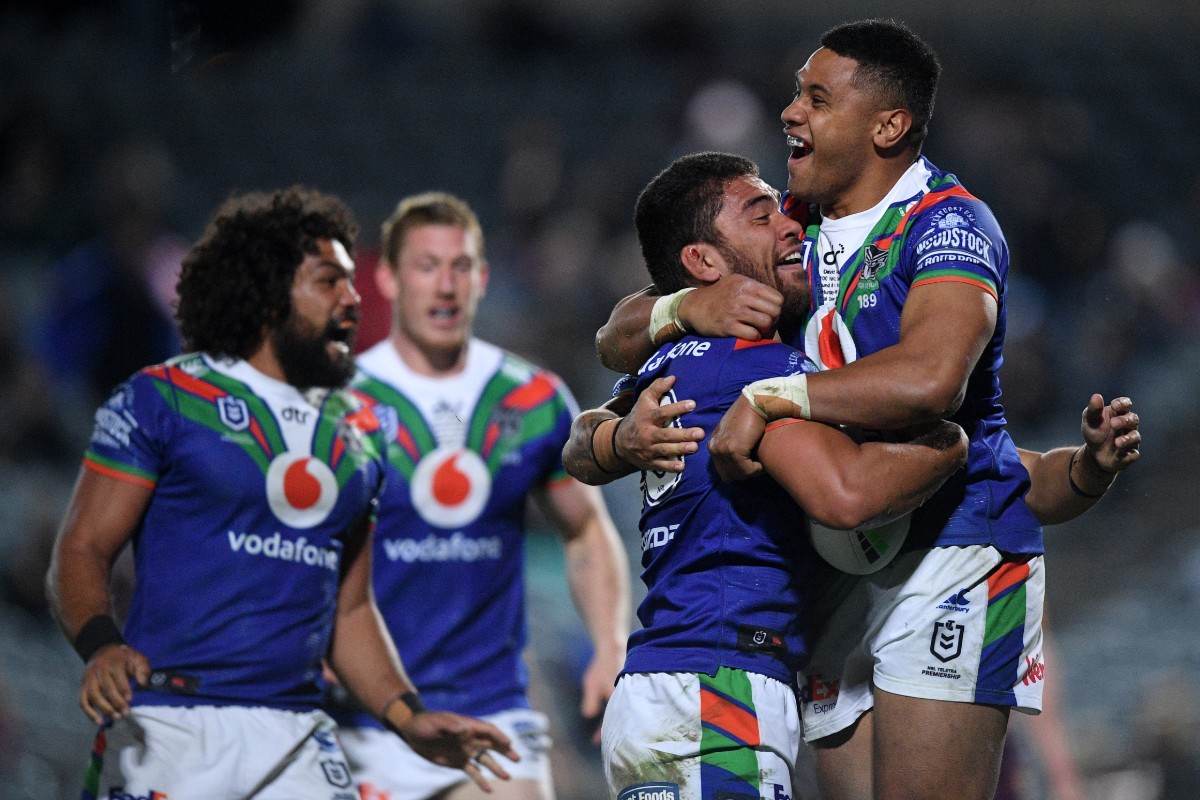 Todd Payten claimed his first win in interim charge of the New Zealand Warriors as they fought back to beat Brisbane.

Trailing 10-0, they ended up victorious with a Ken Maumalo double and a late try from Isaiah Papali’i.

As for the Broncos, it was a sixth straight defeat and captain Alex Glenn was visibly emotional at full-time saying: “Since being here over 12 years, this is probably one of the toughest periods I’ve been through. It’s frustrating but we’re shooting our own foot. I’d rather be the captain going through this, testing myself out.”

The Warriors will aim to make it consecutive wins against the Titans while Brisbane host Canterbury. 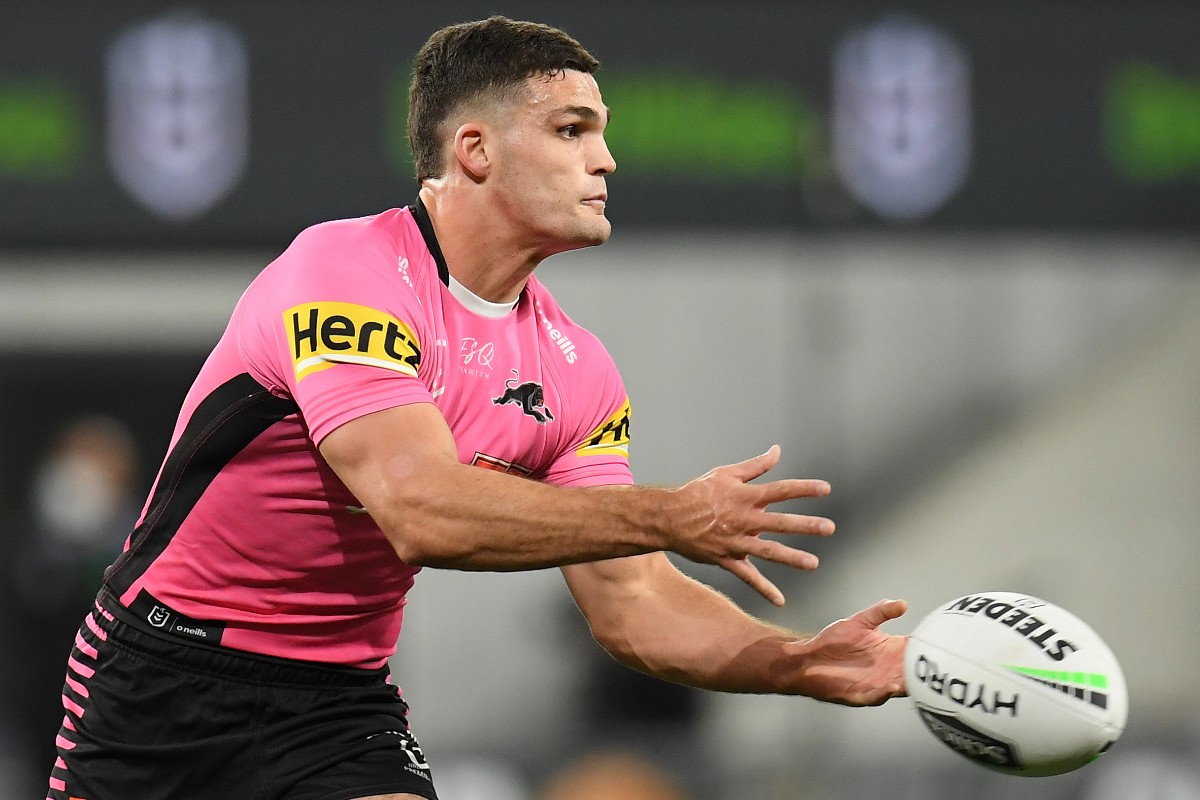 A late Dylan Edwards try gave Penrith a narrow win over the Wests Tigers in a fiery encounter at Bankwest Stadium.

Edwards was on the receiving end of an off-the-ball high shot from Joey Leilua which led to the Wests man being sin-binned.

After quick-fire tries for Wests Tigers from Matt Eisenhuth and Tommy Taulau, Stephen Crichton’s second and a Nathan Cleary drop-goal edged Penrith ahead before Edwards sealed it.

It was an important win for the Panthers as they made it three on the bounce to keep up their hopes of a top-four finish, potentially their first since 2014.

As for Wests, it was a battling performance but they are struggling for the consistently required to break into the top eight, without consecutive wins in 2020.

They will be back at Bankwest to face the Rabbitohs in round nine with Penrith also playing Cronulla there. 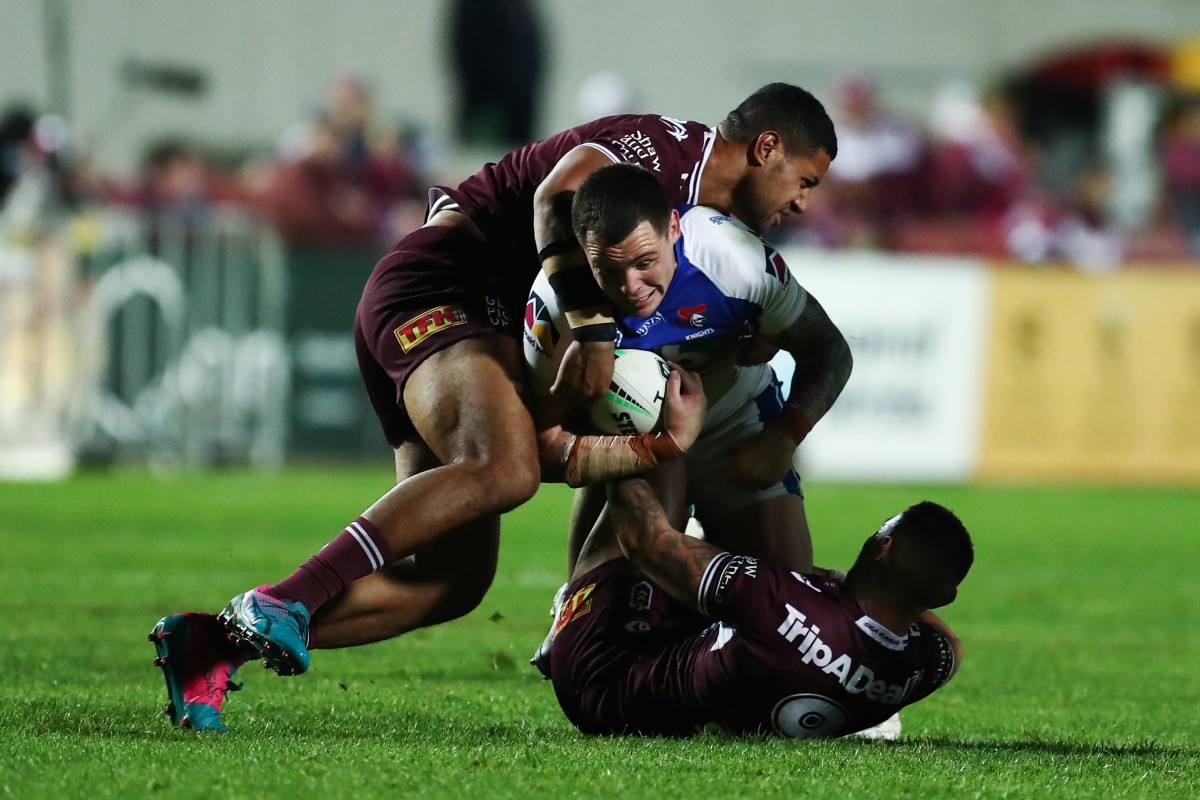 Newcastle overcame a host of injuries to edge past Manly in another contentious match at Lottoland.

They lost winger Edrick Lee to a left forearm injury before Sione Mata’utia and Kalyn Ponga were forced off with head knocks as the Knights finished with 14 men.

Despite this, and failing to score a second half point, an impressive defensive effort saw them hold with Bradman Best, Lachlan Fitzgibbon and Andrew McCullough all producing try saving tackles.

Manly were furious with referee Grant Atkins refusal to award them a penalty in the dying seconds for a push by Best on Tevita Funa.

The Sea Eagles will attempt to bounce back against St George Illawarra as Newcastle face the Eels.

Stat of the match: 2006 – Newcastle Knights have not finished inside the top four since 2006. 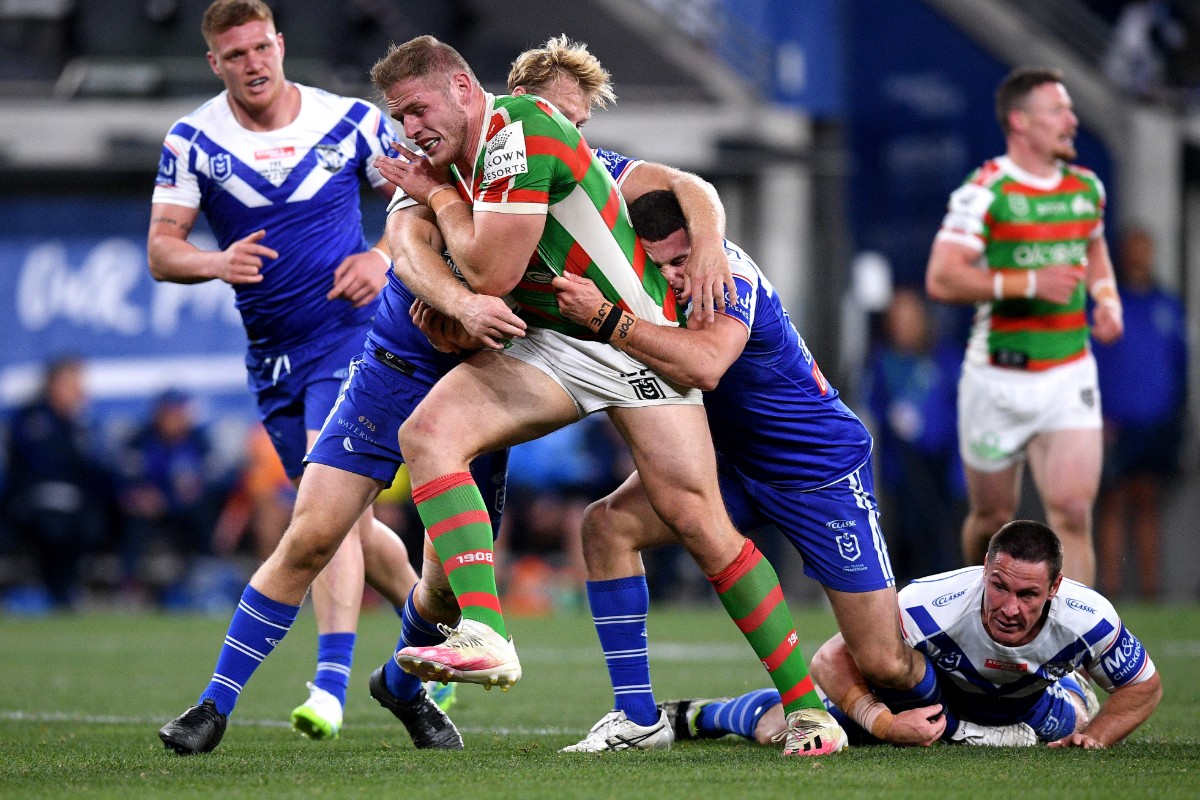 In a scrappy affair, South Sydney came out on top against Canterbury to improve their chances of a top eight finish.

An Alex Johnston solo effort was the pick of their four tries in a match that was marred by a serious injury to young centre Braidon Burns. The 23-year-old suffered a dislocated kneecap late on and is expected to miss the rest of the season.

Despite 56% possession in the opening period, Wayne Bennett’s men only led 8-6 at the break before tries from Cody Walker and Dane Gagai saw them home.

For the Bulldogs, there were promising signs as they hung in against last year’s preliminary finalists with Marcelo Montoya’s first try on his comeback from a serious knee injury.

The Bulldogs face an important match against Brisbane next while South Sydney will hope to move into the top eight when they play Wests.

Stat of the match: 2008 – The last time the Bulldogs claimed the wooden spoon.