Joe Philbin is immensely proud to represent his English and Irish roots as he prepares to make his debut for the Great Britain Lions on Saturday.

The 24-year-old was born and raised in Warrington, where he came through the academy of his hometown club.

Philbin has played 120 games for the Wolves to date and impressive performances in Super League earned him his first international call-up with Ireland in 2016.

He qualifies to play for Ireland via family heritage and he starred for the Wolfhounds at the 2017 World Cup.

And in 2018, Philbin represented the England Knights on a tour of Papua New Guinea.

On Saturday, Philbin will get the chance to represent both side’s of his family as he is set to make his Great Britain debut against New Zealand.

He said: “I’m representing all my family when playing for Great Britain which I am very proud of. My mum’s side is English and my dad’s side is Irish. 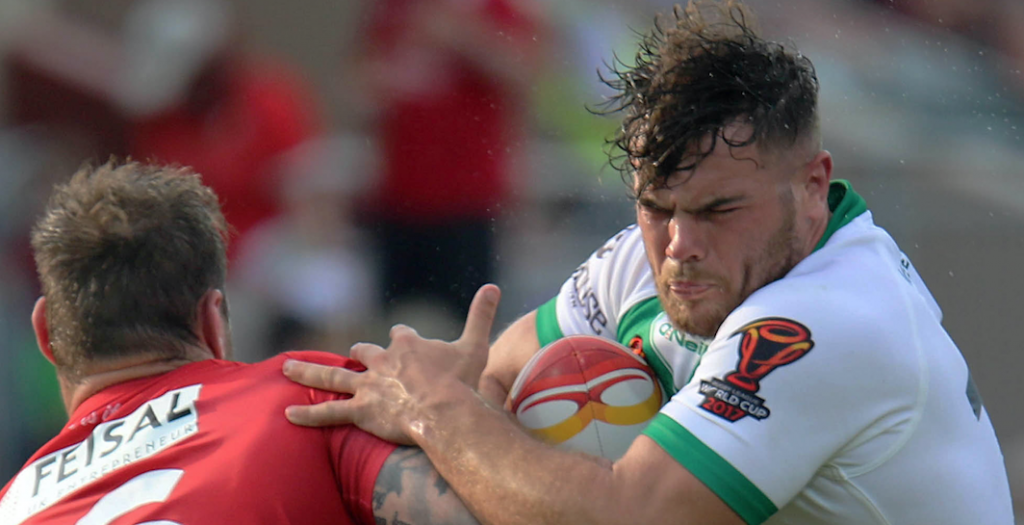 “My mum’s side of the family are English and my dad’s parents are both Irish. My dad is one of 12, so they were busy! Half of them live over in Ireland and half of them live here in England.

“I don’t get over to Ireland as much as I would like now. I used to go over every year as a kid and that was my favourite time but I struggle now because we only get a couple of weeks off in the off-season.

“I’m made up that Great Britain is back so I can represent all areas of my family and that they can watch my dreams come true as I pull on the Lions shirt.”

Bradford hang on to Liam Kirk