Leaders Carcassonne survived a scare as they edged Toulouse 24-22 in the only French Elite Championship game over the weekend.

A much-changed Canaries side conceded the first try through Romain Pallares and trailed 12-10 at half time after Justin Bouscayrol’s penalty on the hooter.

Alexis Alberola’s second try gave Carcassonne the lead, converted by Lucas Albert who added a penalty to put them 18-12 in front.

When Vincent Albert crossed for their fourth try it looked like the end of the contest, but Etienne Depeyre kept Toulouse interested and Pallares’ second set up a frantic finish but the hosts held on.

The win moves Carcassonne four points clear of St Esteve at the top of the table.

READ: Is it possible to be too passionate about rugby league?

The new free-to-air Sport en France TV channel will show Catalans games from Super League and the Elite Championship on Wednesday nights. The full repeat of games will be shown on Wednesday nights at 10pm, starting with the Elite clash between St Gaudens and Lezignan next Wednesday, April 14. The following week, Catalans’ home game with Salford will be shown. The channel is accessible on all TV boxes in France for free.

Toulouse should have been in Super League a long time ago

Respected French broadcaster Rodolphe Pires says he is surprised Toulouse are still not in Super League. Speaking to Treize Mondial following the news that Super League is returning to beIN Sports channel this season, he said: “To come back to the idea of what the Super League was at the start, we cannot imagine that a second French team would not be allowed, 25 years after its creation, to play in the Super League.

“For me, the Toulouse problem in the Super League should have been resolved a long time ago, it should be there because with everything the club can offer in terms of infrastructure with the stadium in association with the XV. This stadium, almost all Championship or Super League clubs have no equivalent. Between that and the dynamic of the club, I am still surprised that they are not in the Super League which wants to be European since its creation.”

French Federation president Luc Lacoste is determined for the country to host the 2025 World Cup, some 53 years on from when they last hosted in 1972. He said: “It would be an extraordinary opportunity for French Rugby League, its development and its return among the great nations. France must do everything to regain its place in the history of this sport because it can give it a lot in return – and it would be easier if the organization of the 2025 World Cup is possible.

“France will host the Rugby Union World Cup in 2023 and the Olympic Games in 2024. We are, therefore, also capable and competent to organize the Rugby League World Cup. The skills and know-how will be there, the modern and perfectly operational infrastructures will also exist.

“The IRL and Troy Grant have understood this and now look at it with conviction and determination. Contacts have already been made by the IRL with the French government. There is a real will and desire to see France return to being a major player and the planets are aligned to move forward. We are only at the beginning, however, and nothing is decided at this stage.” 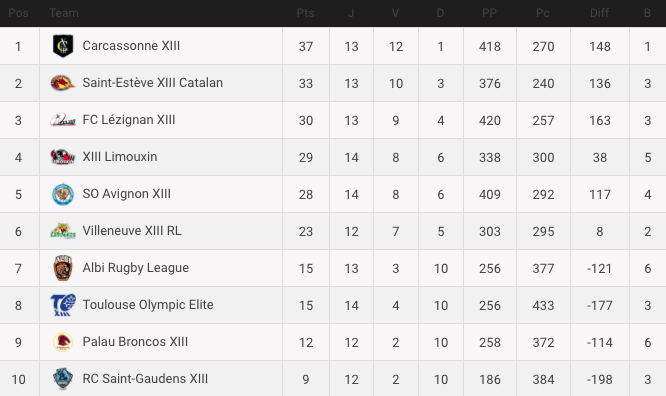