Catalans proved too strong for a French Elite Selection side at the weekend, with the Dragons running out 50-18 winners.

The Dragons’ first hit out of pre-season saw them play a strong team from the start, including Sam Tomkins and new signing Mike McMeeken, as well as prop Paul Seguier.

Their opponents, made up of French players from across the Elite 1 Championship, included several former Catalans players, not least 2018 Lance Todd Trophy winner Tony Gigot.

Gavin Marguerite, Lucas Albert and Mika Simon were among the other players facing their former employers.

Tom Davies got the scoring underway with the first try off a Josh Drinkwater kick, before Tomkins put Seguier in under the sticks. Tomkins then added a try of his own to stretch the lead to 16-0.

Albert, who left Catalans at the end of last year and now plays for Carcassonne, got the French Select side on the board for their first try of the afternoon, but two scores from McMeeken and Davies’ second meant the half-time score was 28-6.

The second half gave Steve McNamara the chance to look at some of his younger players, including his new number one Arthur Mourgue, who created an early try for Robin Brochon.

An interception try from Nittim Pedrero stopped the rot for 34-12, before Mourgue laid on a try for Jordan Dezaria and then put a kick up for Corentin Le Cam to bring up the half-century.

The French Select side had the final say though – Tristan Dupuy with a solo try, converted by Albert for a final score of 50-18. 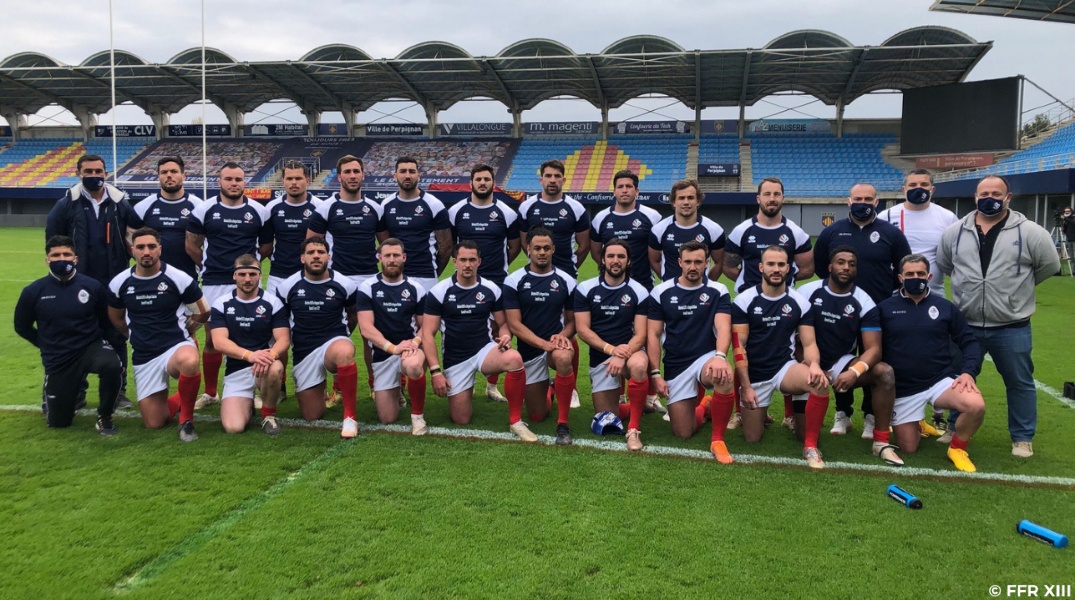 It was a positive afternoon for new France coach Laurent Frayssinous. With less than a week to get his side together, they proved competitive.

The majority of the France national team comes from not just Catalans and Toulouse, but other clubs in Super League and Championship.

But there is hope that at least a handful of the French Elite 1 selection can make the World Cup squad, with the view to increase that figure in future years.

Frayssinous said: “The future is bright, we have a base of around forty players. There is plenty to work on. Enough to build a great French team.”

The French Elite Championship Grand Final will take place on the weekend of June 19/20, with the Lord Derby Cup final to be played on July 10/11. Only the 10 Elite 1 clubs will compete in the cup competition. The French Federation is currently looking for a broadcaster to televise at least one of the matches. Unfortunately, the prospect of fans at either event appears unlikely.

Villeneuve have appointed Olivier Janzac as their new coach, following the dismissal of Fabien Devecchi, who will remain at the club in another role. Janzac was previously with Lezignan and will take charge from March 15, with Eddy Pettybourne placed in interim charge for this weekend’s game against Limoux.

Catalans to face Toulouse this weekend

The pre-season friendly between Catalans and Toulouse will be live streamed for free on YouTube this Saturday, March 13 (2pm kick-off UK).

A regular fixture in the calendar now, this game will be played behind closed doors and will be Sylvain Houles’ first game for more than a year.

You can watch the game live here.

How many French players will make your Super League Fantasy Rugby League team? The game is now live 2021. Pick your team for free now – click here.