If you’re sick of the inconsistencies relating to cards, bans and the disciplinary, spare a thought for the men in the middle.

Referees now face a near-impossible job to get things right, and are the ones that have to put up with the vitriol and criticism week in, week out.

No referee is perfect, but they are trying to do a job to the best of their ability – and without them, there is no game.

OPTIONS: Where and when should Magic Weekend be in 2023?

Brad Singleton’s red card for Wigan against St Helens was the right decision. Even taking in to account that the spin of Curtis Sironen made him enter the tackle perhaps lower than Singleton was anticipating.

The issue was that if Sironen hadn’t stayed down to receive treatment, and/or if there wasn’t a big screen replay, play would have continued.

This is reflective on just how difficult it is for referees to see such incidents in the split second they happen live.

I’m glad a well-respected, very good ex-official is saying this. It’s a real issue, regardless of the team you support. The refs get the hammer but they’re not the ones at fault. https://t.co/MOm65uIkAX

Singleton was positioned relatively naturally for a tackle, which then became a shoulder contact to the head as a result of both players’ positioning.

Sironen undoubtedly needed treatment because of the contact – but we surely can’t get to a point where foul play is only spotted if a player requires treatment, because that becomes open to abuse.

You don’t have to look far to find examples of players milking contact to try and get a review on televised matches. 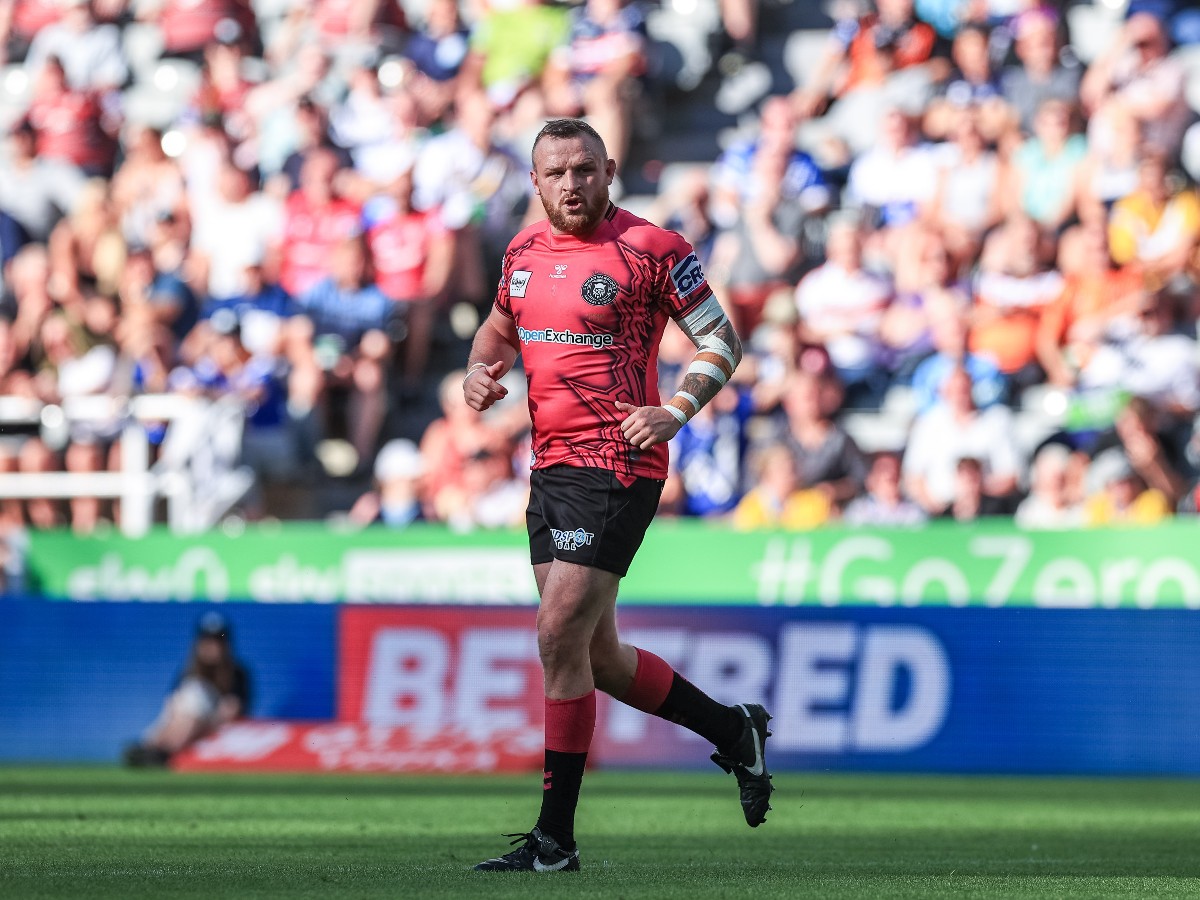 A three-match ban for Singleton does seem a little harsh, but again this is reflective of how difficult it now is to judge what is foul play and what punishment will follow.

The simple description in the disciplinary notes says “reckless – tried to tackle but reckless about outcome”.

The constant changing of the laws of the game has left them so open to interpretation, that inconsistencies and misunderstandings are inevitably commonplace.

It was a similar story in the Hull derby, where Brad Fash was yellow carded for a crusher tackle on Matt Parcell.

Parcell stayed down following the tackle, which also involved Scott Taylor, and the decision was then made following the replay – which was shown virtually seconds before Parcell was due to play the ball again.

There was no further punishment for the crusher tackle in the disciplinary, perhaps a pragmatic approach, particularly given the involvement of Taylor probably made it seem worse than it was.

But if those two incidents had happened in non-televised matches, the outcome might well have been different on the day.

There is a lot happening in the background with regards to player welfare and the ongoing litigation from former players that is undoubtedly impacting the disciplinary process.

Unfortunately, that doesn’t always help explain to fans new and existing just what is happening game to game.

There will be accidental contacts as a result of slips and twists and turns in the game. It appears we’re heading to a blanket punishment for whenever any sort of high contact happens. The challenge is how can the referees keep on top of every little awkward movement in every tackle and dish out consistent punishment.

The ref/VR last week put players in bin and then 3&4 match bans by the MRP so basically saying the refs got it wrong and need to protect players with red cards then when they do they get vilified for ‘ruining’ the game. Damned if they do and damned if they don’t

The situation with the Match Review Panel – seemingly forensically analysing every single tackle – adds another element of frustration, which then gets taken out on the match officials.

They are criticised when they hand out too many cards, like the clamp down at the beginning of the year, yet then face abuse when not issuing them.

Either way, we’re now seeing bans handed out with alarming frequency and players spending too much time on the sideline.

It’s hard to see what the solution is. At the moment, I don’t think any of us can say with a great deal of conviction what the punishment might be for any given “bad” tackle – be that penalty, card or ban.

While understanding the player welfare issue, the nature of rugby league as a sport means that accidental “illegal” contact will be made from time to time. I’m not sure any sort of punishment can even stop that from happening.

I hope that doesn’t mean that rugby league will always be gripped by these constant disciplinary episodes and bans being dished out.

MORE: How the 2022 Magic Weekend attendance compares to previous years

About James Gordon 7129 Articles
Love Rugby League editor. Founded the website back in 2005. Worked with a range of clubs and sponsors during that time. Also commentates for BBC.
Website Twitter LinkedIn