Love Rugby League would like to pass on its congratulations to Forty20 magazine, celebrating its 10th anniversary edition this week.

It is a privilege to know both Phil (Caplan) and Tony (Hannan), and as a writer, there is still a sense of pride and achievement in seeing your byline in a print publication that can never be replicated by an online equivalent.

We have worked with Forty20 over the years, syndicating some of the magazine content through this very website, as well as providing columns of our own within various editions over the years.

It’s worth acknowledging that Forty20, just like us, have outlasted many more things in rugby league in that period – whether that be things like licensing, the Super 8s, player associations, clubcall or any number of innovations, expansion pipe-dreams

Without its independent media, together with a collection of incredibly dedicated and hard-working national newspaper journalists and a sadly ever-decreasing number of knowledgable and passionate local newspaper reporters, coverage of rugby league could die out.

The below is a copy of the press release issued by the Forty20 team to mark the occasion.

In an era that has seen the decline of such illustrious national print names as FHM, Zoo, Loaded and the NME, independent monthly rugby league magazine Forty20 celebrates its tenth anniversary edition today (Friday
23 July).

And the achievement is all the more remarkable given the recent absence from the high street of newspaper League Weekly and Forty20’s fellow monthly title Rugby League World, both of which have fallen prey to the Covid pandemic. 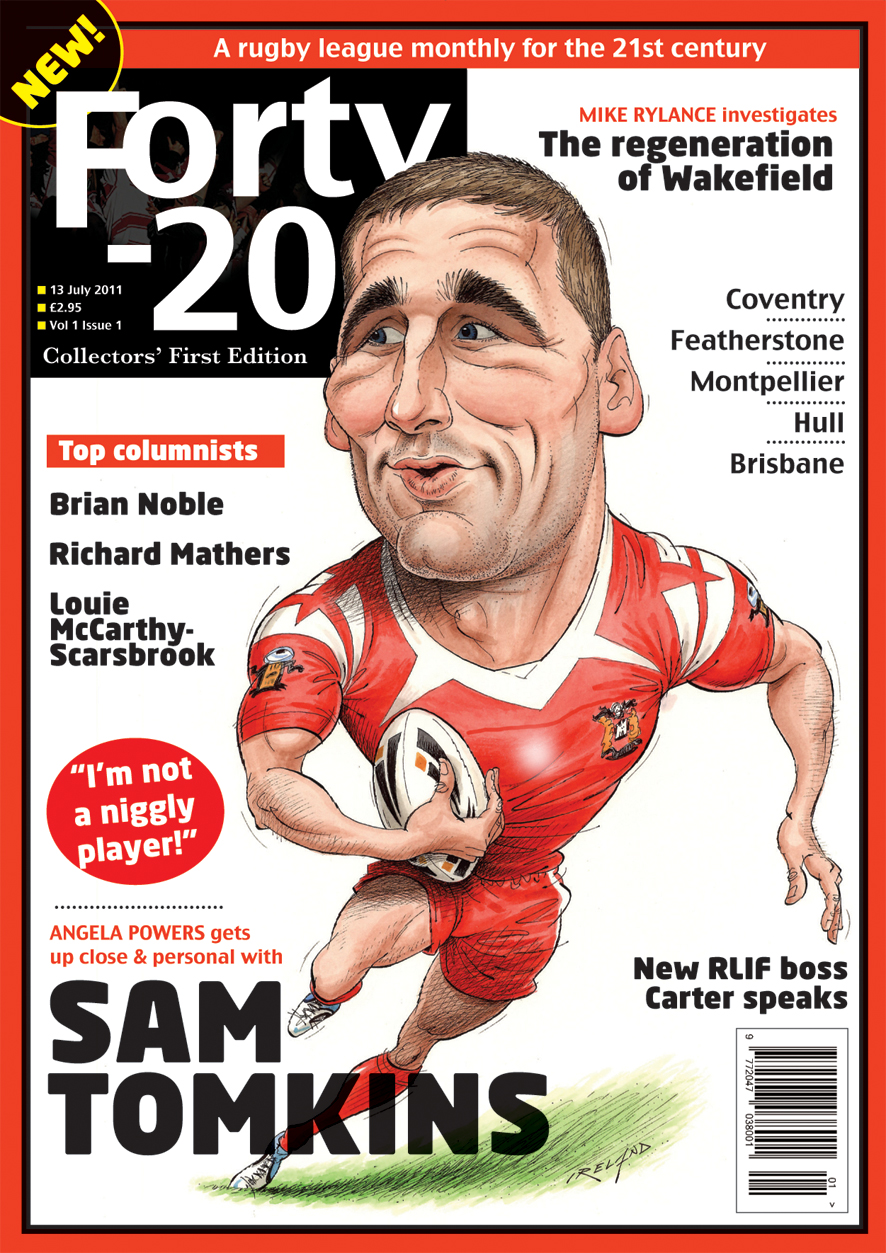 Launched in July 2011 with an ambition to champion informative, intelligent and entertaining rugby league writing, the journalists responsible, Leeds bookshop owner and writer Phil Caplan and author and designer Tony Hannan, knew from the start that it must operate on a shoestring if it was to survive more than a few issues.

“As with the publishing world in general, especially recently, rugby league history is littered with publications that managed at best a handful of editions before the money – and just as importantly enthusiasm and commitment – ran dry,” said Hannan, who heads up the production and editing side of the partnership.

“At the time, the country was also hit by financial recession; small wonder people thought we had a screw loose. But we had a feeling there were readers out there who, like us, took the game seriously but not too seriously. People with a wider appreciation of rugby league who were still also addicted to newsprint.”

Managing editor Caplan too remains bullish about what Forty20 can offer a sport in which it has become renowned for getting under the bonnet of the game and then explaining the likely direction of travel based on well-connected insight.

“I don’t see us as being either positive or negative about the sport,’ he said. ‘I’ve always seen Forty20 as realistic. It is there to provide checks and balances. It is there to ask questions. Not necessarily to hold people to account and sound high and mighty, we just want rugby league to be the biggest and best it can be. If we can play a tiny constructive part in that then I’m very proud of our achievement.

“Even in Australia, where rugby league on the eastern seaboard is a far bigger sport than in the UK, last year saw the closure of Big League magazine, founded in 1920, while the country’s highest selling RL publication, Rugby League Week, folded in 2017. But where they and others like them came with relatively large costs and staff commitments attached, we’ve deliberately stayed lean and mean.

“I’m not saying we are experts, but we put something out there that is of value.”

Hannan agrees. “Our contributors are usually doing it for love of the game rather than money, and often friendship with one or both us is part of it too. We value that enormously, but all the background stuff people don’t see Phil and myself do. If you showed Forty20 to any national and international magazine and said, “this is put together by just two people”, I’m sure they wouldn’t believe it.

“There is a tendency to write off ink and paper as old-fashioned, now everyone can access anything they like free of charge online. But we still believe in the idea of quality writing – long-form when necessary – and rugby league is as deserving of that philosophy as any other aspect of popular culture is.

“We also reckon that if newspapers, magazines and books hadn’t been invented, then, internet or no internet, someone somewhere would be doing that now. So in that way, like rugby league itself, Forty20 is innovative and ahead of the curve.”