The Challenge Cup is on the look out for a new sponsor following the end of Ladbrokes’ four year stint as title partner.

An agreed deal with an unknown company to take over the rights has fallen through, and so the RFL are on the look out for a new partner for the competition, though are keen to realise the value of their greatest asset rather than let them go on the cheap.

Given the drive towards a Northern Powerhouse contributing significant funding to the 2021 World Cup, it would be nice to think that a national or international company with roots in the north might well take up the mantle of sponsoring rugby’s oldest and greatest competition.

Over to you, Morrisons, ASDA and Warburtons, amongst others.

In the meantime, we take a look at the seven sponsors who have been associated with the competition over the years.

The first ever Challenge Cup sponsor was State Express, a cigarette brand, who first took naming rights of the competition for the 1978-79 season, which ended with Widnes beating Wakefield in the final. Their Three Fives brand would have the naming rights for 1980-81, also won by Widnes, before reverting back to the State Express Challenge Cup until the end of the 1983-84 season, the final of which was won by Wigan in front of the highest ever recorded Challenge Cup final attendance at Wembley (99,801). 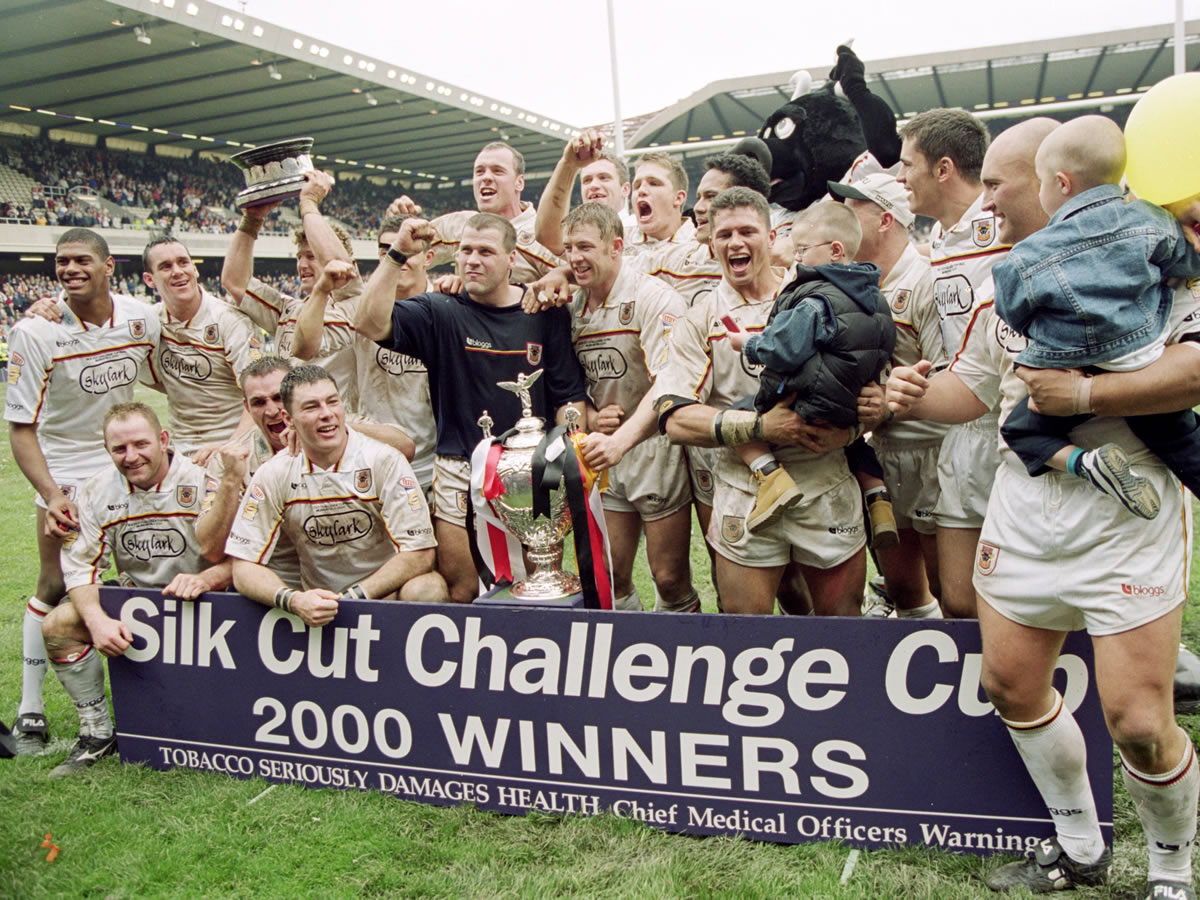 Probably the most recognisable and renowned sponsors, Silk Cut held the sponsorship for by far the longest period, running from 1985 to 2001. Their reign took in Wigan’s incredible eight-year run of triumphs, as well as arguably the most famous final, Sheffield’s win over Wigan in 1998, for which the club received £100,000 in prize money from Silk Cut. Their last final in association with the competition was 2001 at Twickenham. Two years later, tobacco sponsorship was banned in the UK, cutting significant revenue streams for a number of sports, notably snooker and motor racing. 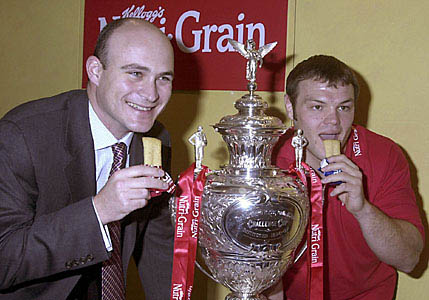 The envious task of following Silk Cut was handed to Kellogg’s, who sponsored for £1m on an initial 12-month deal. Clearly it didn’t go too well for them, as they only held the rights for that one season – the year Wigan beat St Helens at Murrayfield, as the cup final moved around due to the rebuilding works at Wembley. 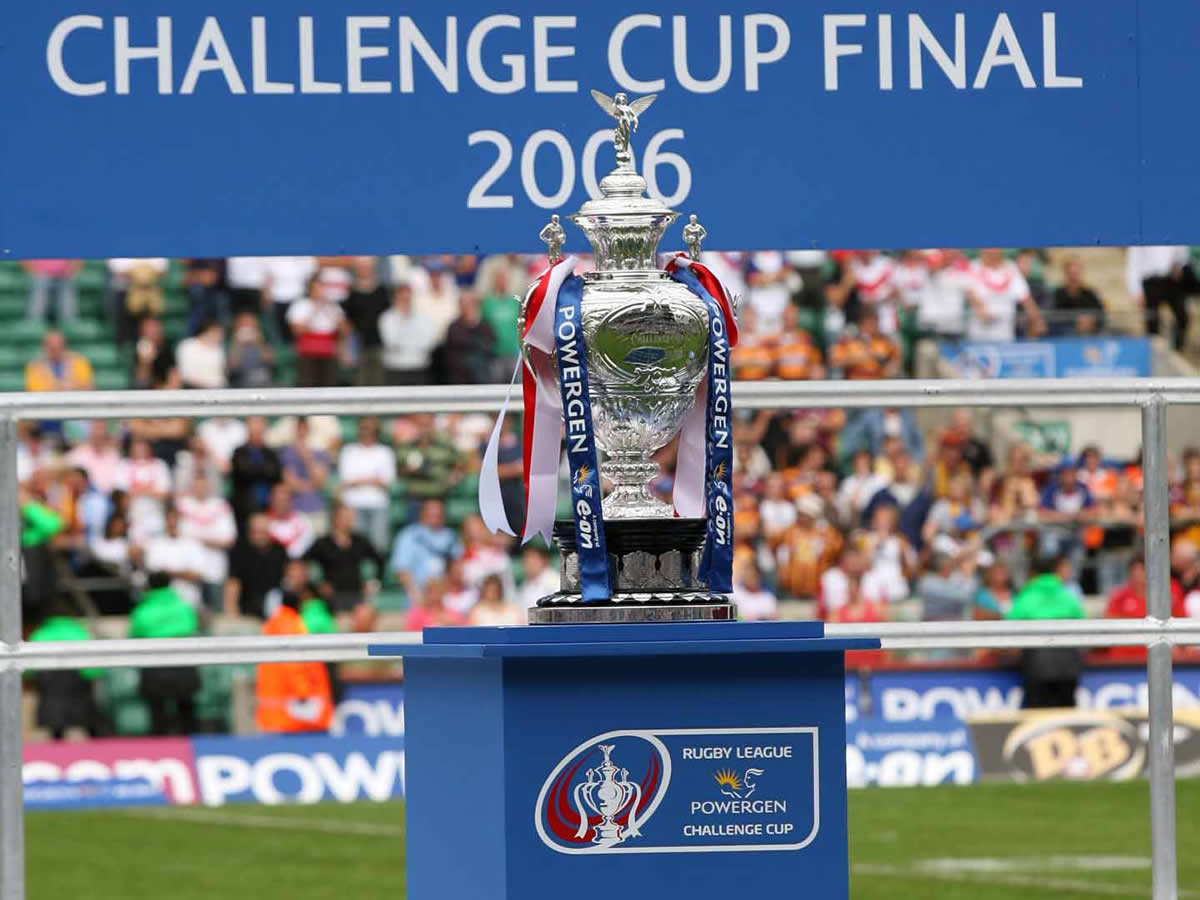 Energy company Powergen were next up and they enjoyed the significance of the first final to be held at the new Wembley. Their four-year deal came to an end when their parent company E.ON decided to withdraw from their rugby sponsorships to channel all their resources in to football. 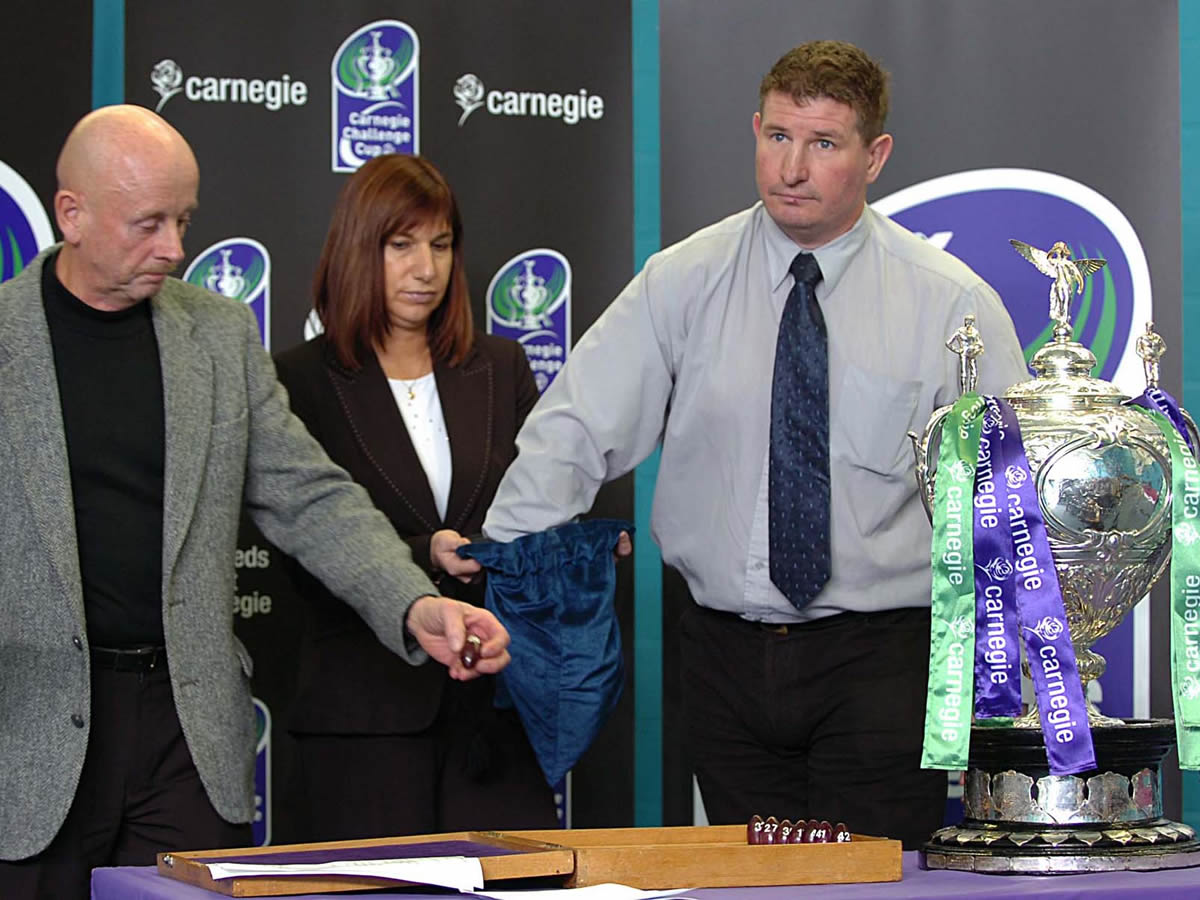 This new sponsor saw the first non-English club reach the final in their first year, as Catalans went down to St Helens at Wembley. A “ground-breaking” six year deal saw the competition known as the Carnegie Challenge Cup, with the RFL saying they had turn down several offers for the naming rights. The first partnership between a higher education institution and a national sports governing body was believed to be worth anywhere between £6m and £10m to the sport. 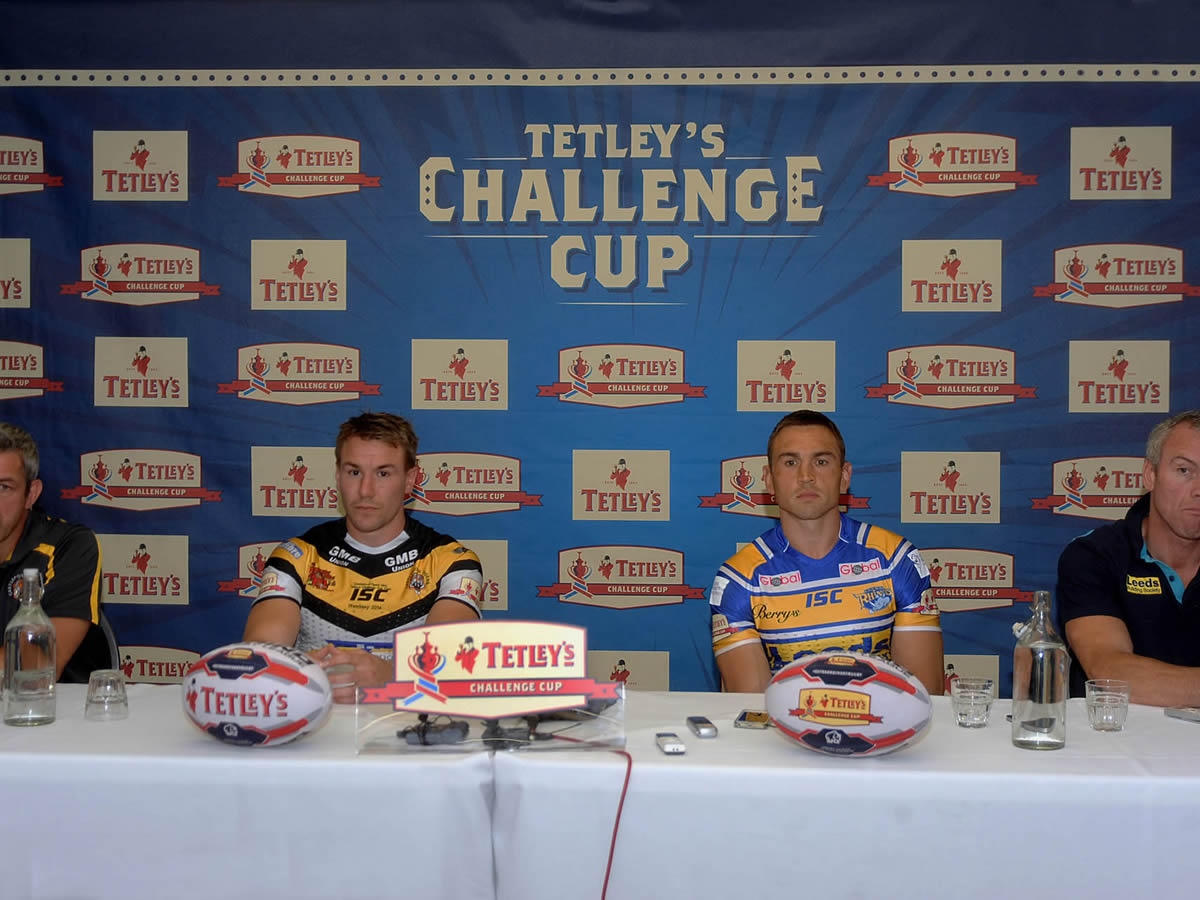 A familiar name to rugby league fans, having been the title sponsor of Super League in the early 2000s as well as high-profile sponsorship with Leeds and Dewsbury. Their return came at a time when Super League was looking to replace the ill-fated Stobart sponsorship deal that had come to an end after just one year. 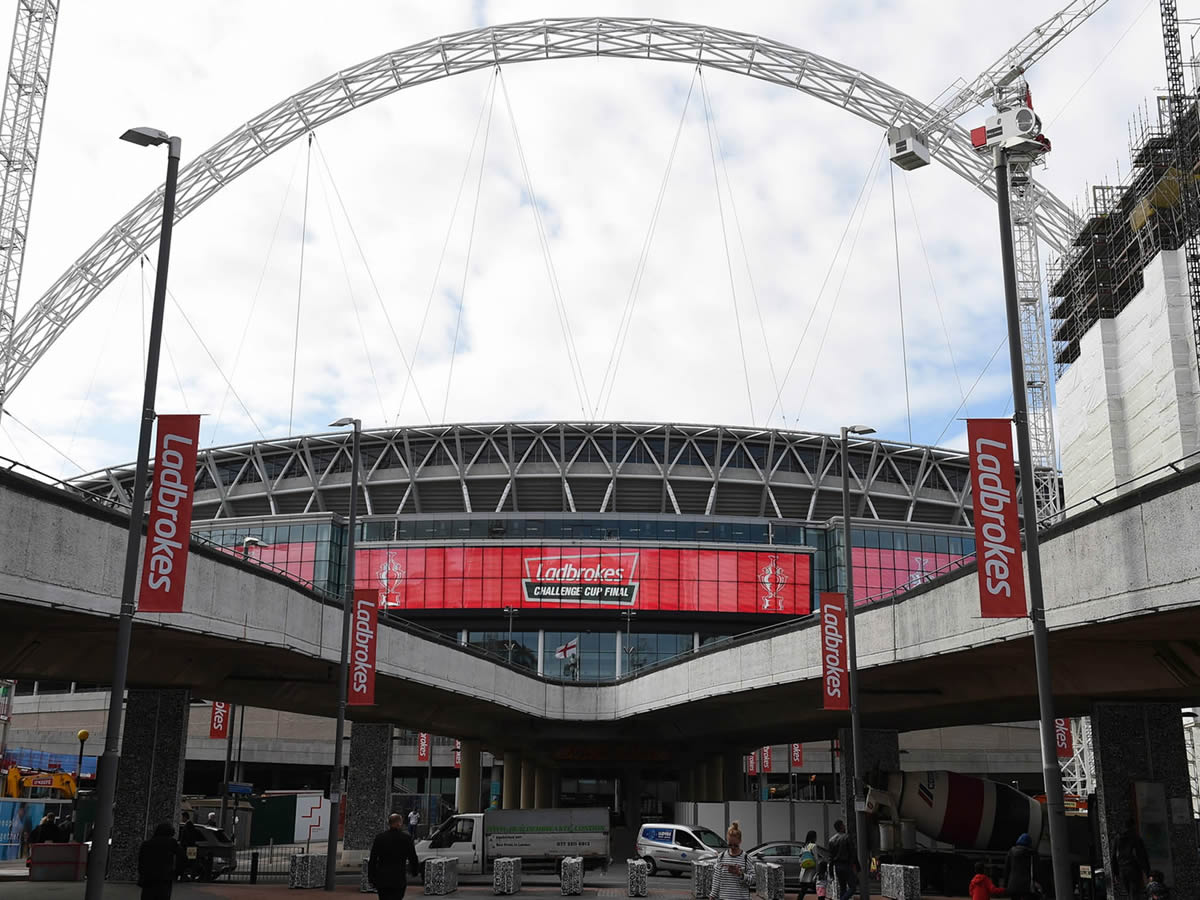 With Betfred having taken over sponsorship of Super League, Championship and League 1, it is perhaps unsurprising that Ladbrokes have decided not to renew, maybe thinking that Betfred now has the monopoly over the rugby league market. Ladbrokes taking over the sponsorship in the first place had been seen as a sea of change at the RFL, who had previously knocked back offers from gambling companies under Richard Lewis. It will be interesting to see if any other bookmakers come to the table to sponsor the competition, which will include Serbian side Red Star Belgrade for the first time when it gets underway after Christmas.