We’ve taken a look into the performances of the NRL’s British contingent after round nine, including a first NRL try for Oliver Gildart. 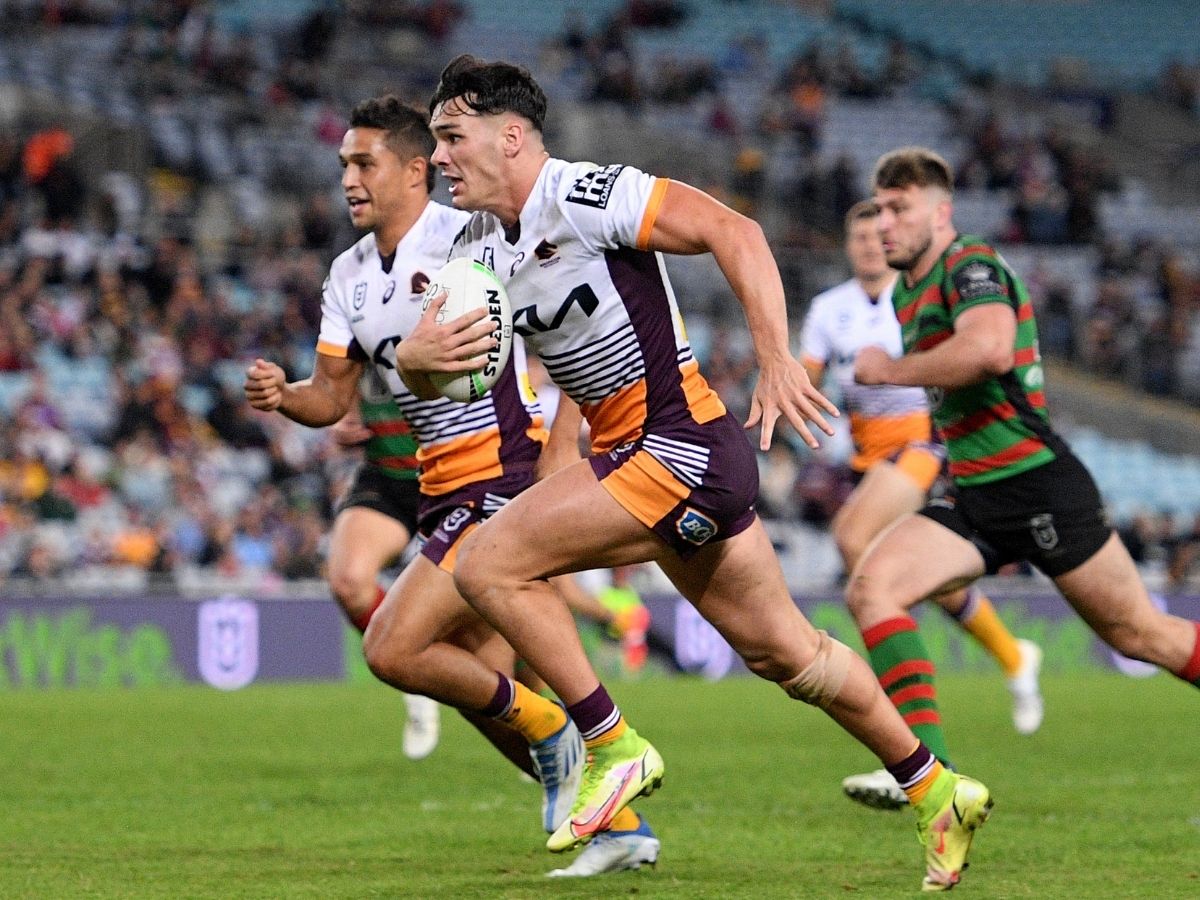 The England World Cup hopeful’s stock continues to rise after another impressive showing in Brisbane’s shock win over South Sydney on Thursday.

The Broncos were led by former Rabbitohs skipper Adam Reynolds as they came away with the 32-12 win. The 22-year-old brilliantly scored the club’s fourth try after sidestepping his way past the Bunnies defensive line and in turn collected his sixth score in eight games. There is no denying that the Lancashire-born centre has been one of Brisbane’s star performers so far this year and if it continues then we may just see the talented centre in an England shirt for the first time come the World Cup. Overall in the game against Souths, Farnworth secured nine carries, 77 metres, 23 post contact metres and one tackle break. 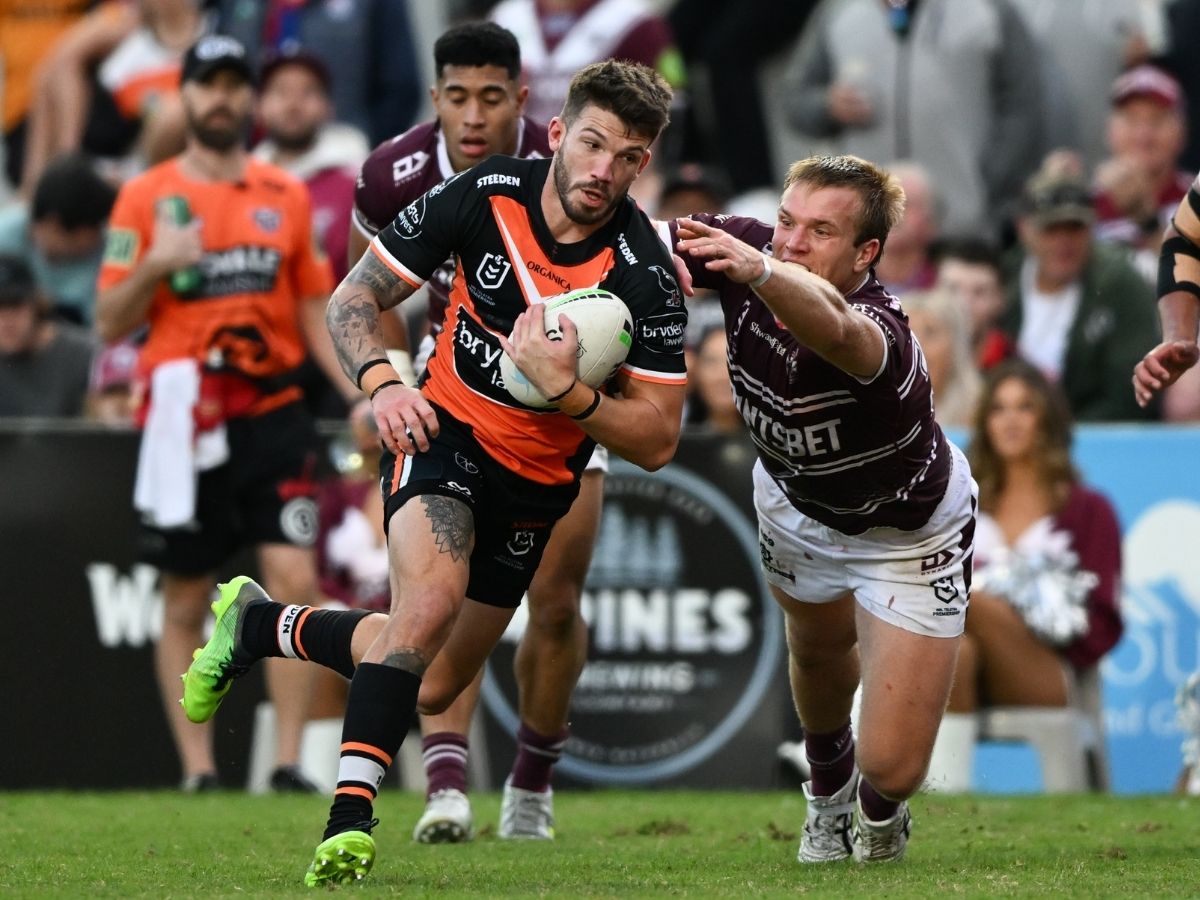 The 25-year-old Gildart again started at centre for the Tigers but despite an improved outing from an attacking standpoint the western Sydney side would fall to a 36-22 defeat to Manly.

The former Wigan centre still put together an impressive display though. And the process he would grab his first ever NRL try after a slick cut back inside and a sidestep helped him weave his way past the Sea Eagles defence. Altogether, Gildart recorded 11 carries, 117 metres, 12 post contact metres, five tackle breaks and three line breaks. 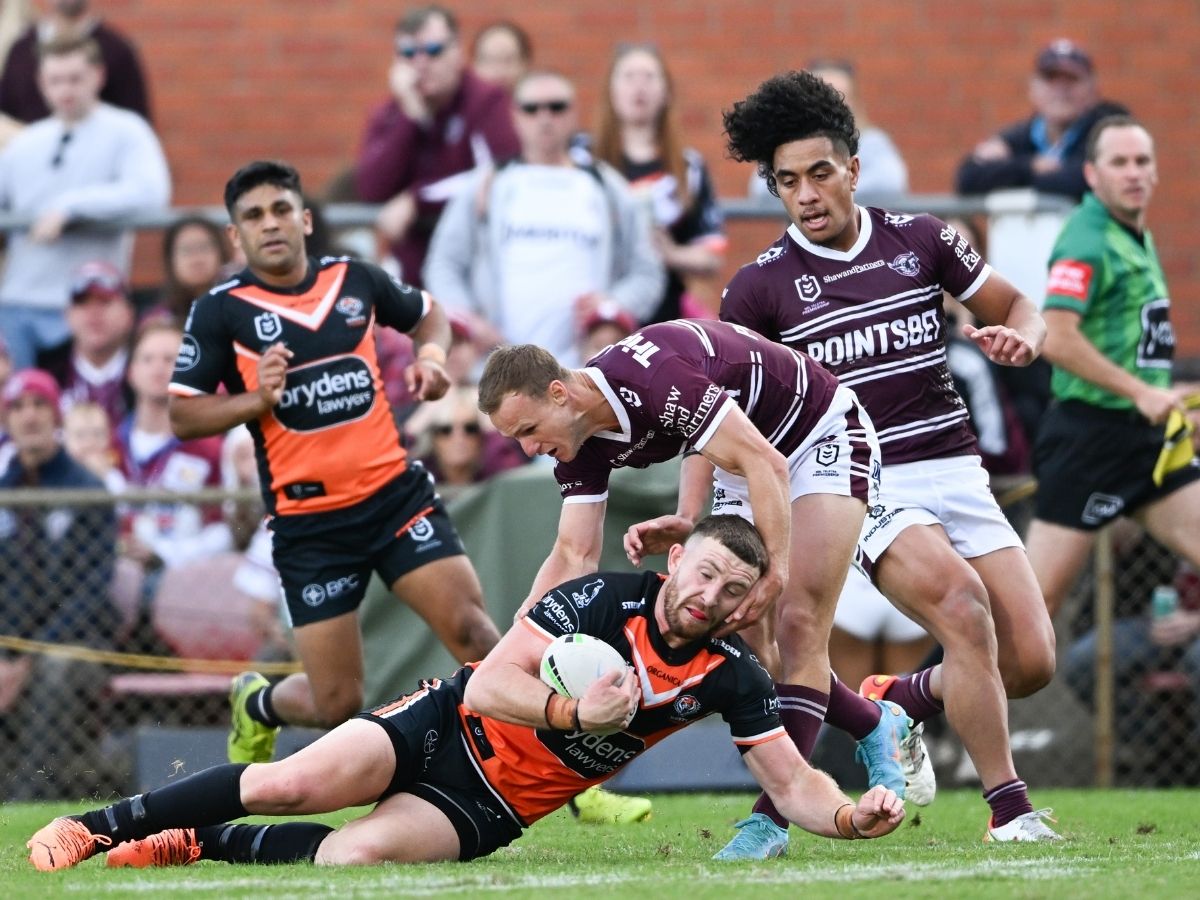 The dynamic and creative playmaker once again showed his exceptional ability as a ball running half-back with an extensive workload in the Tigers’ loss to Manly.

The former Salford and Wigan star had a total of 29 carries throughout the game and recorded the second most metres by a Tigers player with 149 to his name whilst also securing 26 post contact metres, one tackle break, one offload, 21 tackles and three from four conversions.

DILEMMA: How Jackson Hastings’ England hopes could be threatened by State of Origin 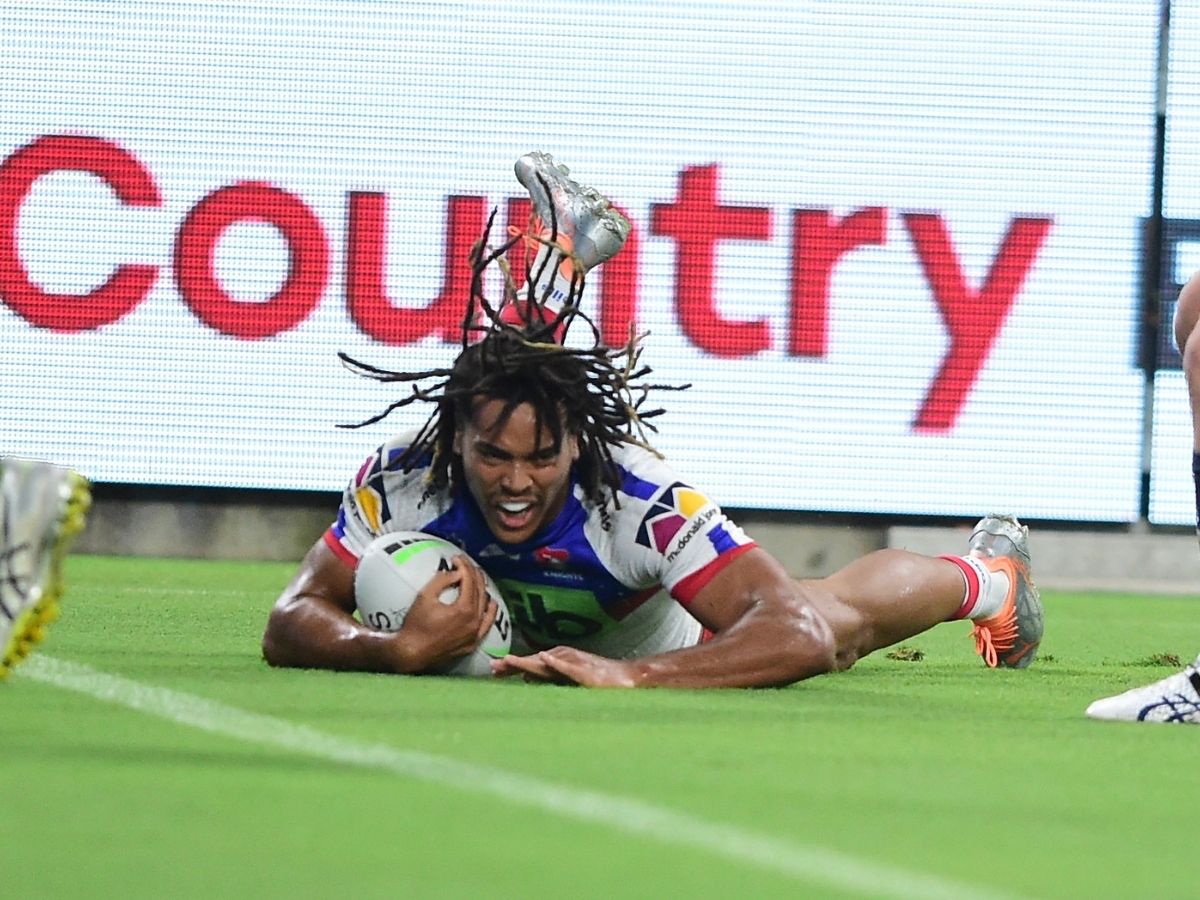 The former Huddersfield youngster returned to the Newcastle starting line up over the weekend and was back to his try scoring ways despite a disappointing loss to North Queensland.

The 20-year-old grabbed the Knights’ first try of the game after a slick passing move from Kalyn Ponga and Tex Hoy allowed Young to easily crossover for the score. The powerful winger’s influence has certainly shown this year for the Knights as despite missing the last three games because of a knee injury he still leads the way in tries so far this season for his side after collecting his fourth in six games. In the loss to the Cowboys, Young had nine carries, 89 metres, 38 post contact metres, two tackle breaks and one line break. 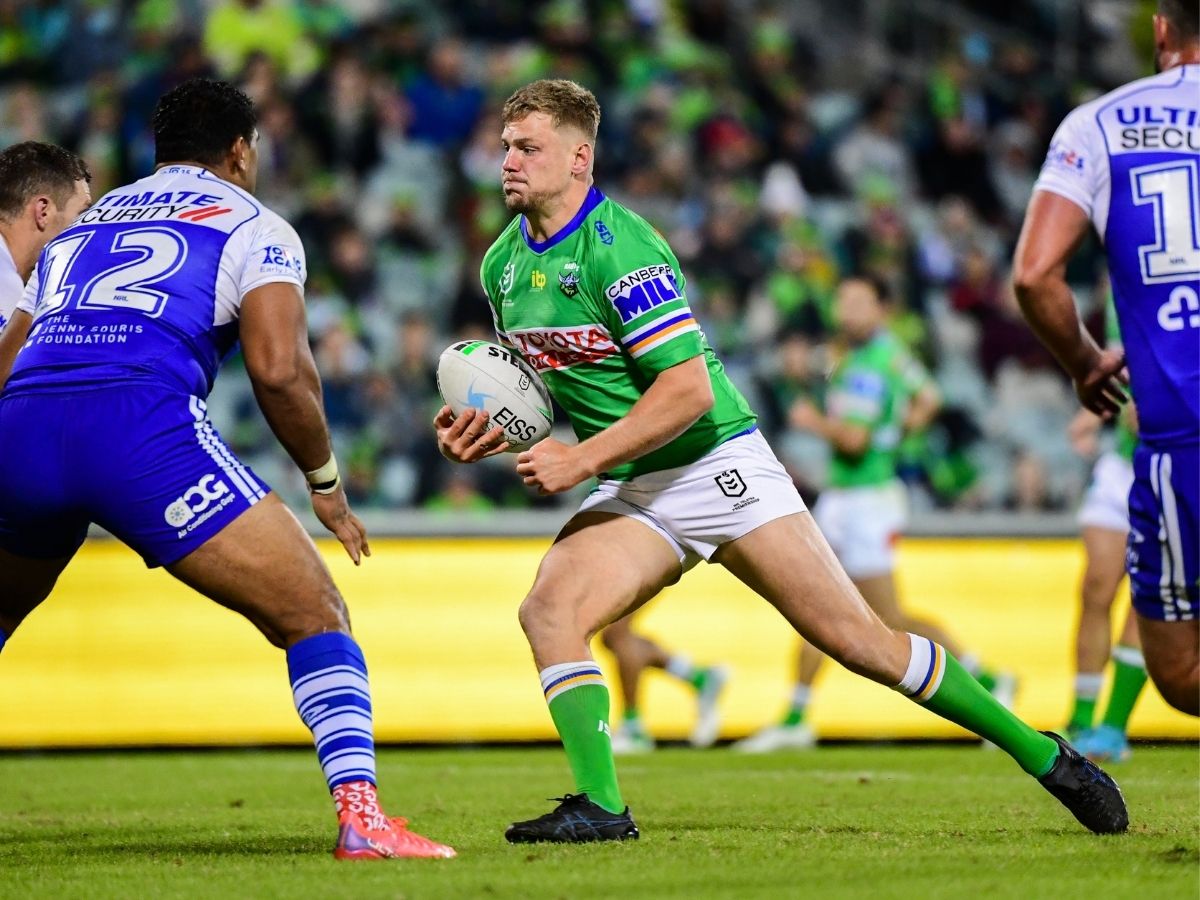 The 25-year-old came off the interchange in Canberra’s tough win over Canterbury on Friday and despite only seeing 44 minutes of game time, Sutton certainly left his mark on the game.

The former Wigan back-rower was in productive form as he capped a solid performance with 13 carries, 129 metres, 57 post contact metres, one tackle break and 20 tackles. 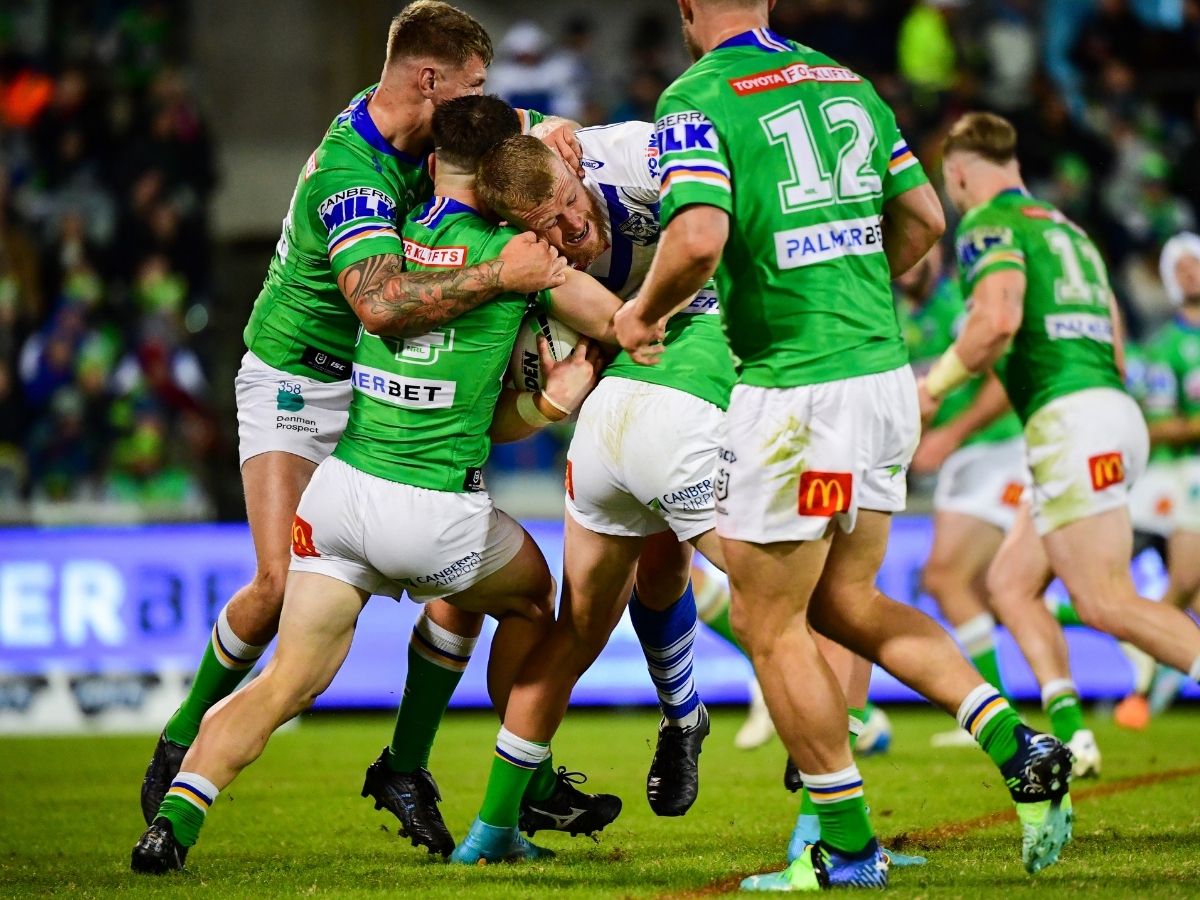 It was another tough day at the office for Canterbury as they suffered their seventh loss of the season with the defeat to the Raiders.

In terms of Thompson it was not as big of a performance as what we are used to seeing from the former Saints man with seven carries for 78 metres but his productivity and efficiency on the defensive side of the ball was certainly on show. The 26-year-old went on the rack up the second most tackles by a Bulldogs player with 43 to his name. 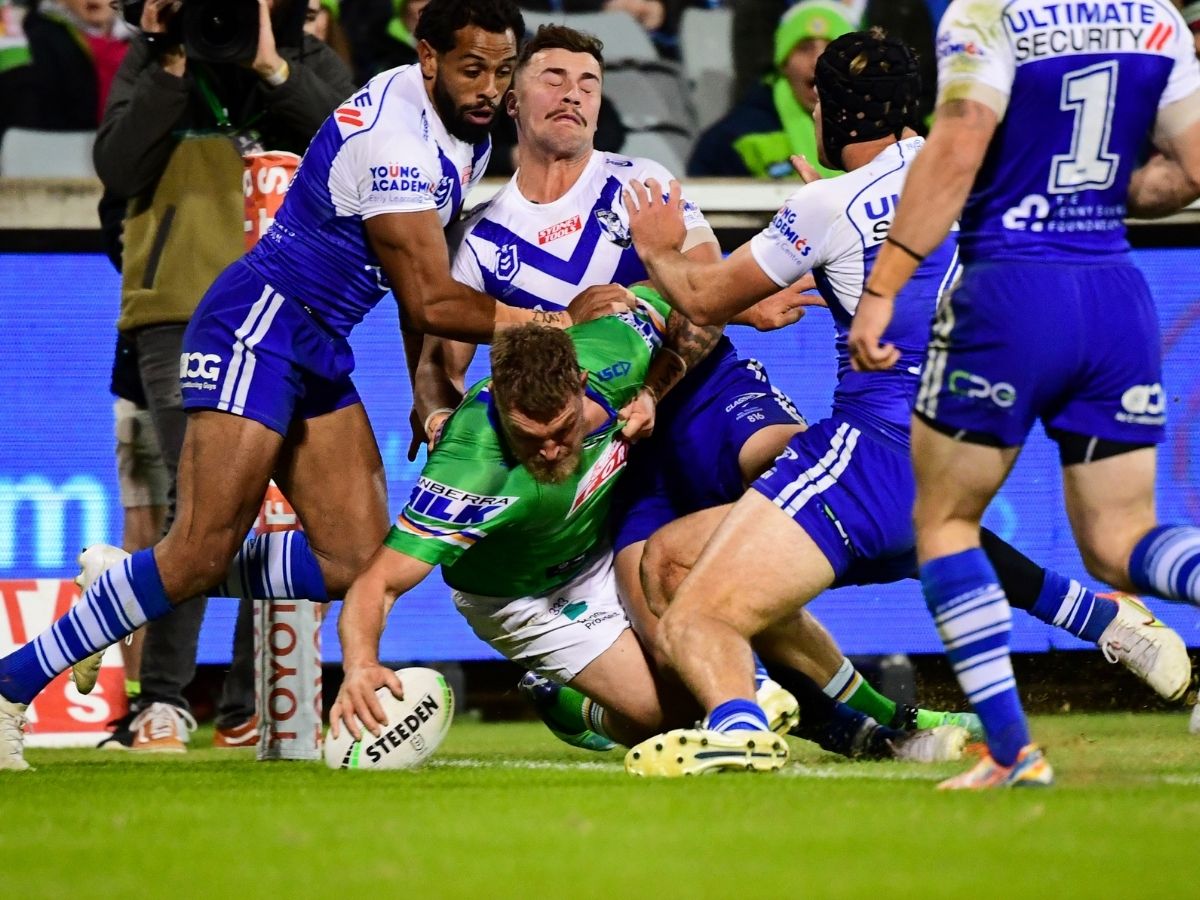 The Raiders’ captain secured his first try of the season in the win over the Bulldogs after a powerful effort saw him fight off a couple of Canterbury defenders to open the scoring for his side.

The 32-year-old was as tough and solid as ever with eight carries, 70 metres, 25 post contact metres, two tackle breaks, one line break, one offload and 23 tackles in 67 minutes. 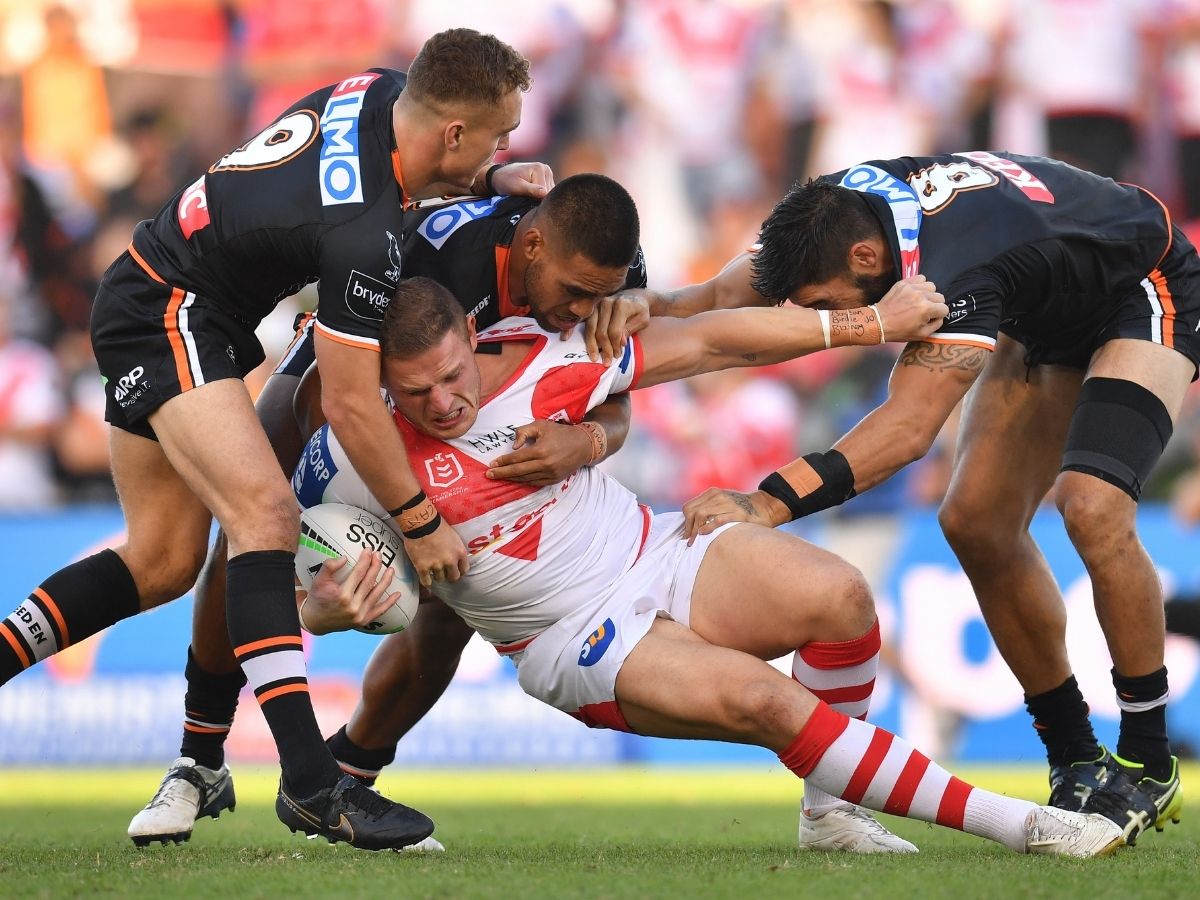 The 30-year-old featured for St George Illawarra in the New South Wales Cup over the weekend, starting at prop in the loss to Canterbury’s reserve grade side.

In 50 minutes of action, Burgess would have steady game as he had eight carries, 77 metres, 39 post contact metres and 23 tackles.