Following the conclusion of the 2021 Rugby League World Cup, which saw Australia lift their 12th title, here’s a look at a stand-out performer from each nation in the men’s tournament.

George Williams was England’s stand-out player at the World Cup with some exceptional performances throughout the tournament. He was the one bright spot for England as they lost to Samoa in the semi-finals, setting up two tries including Herbie Farnworth’s levelling try with a brilliant break from his own half in the last minute. 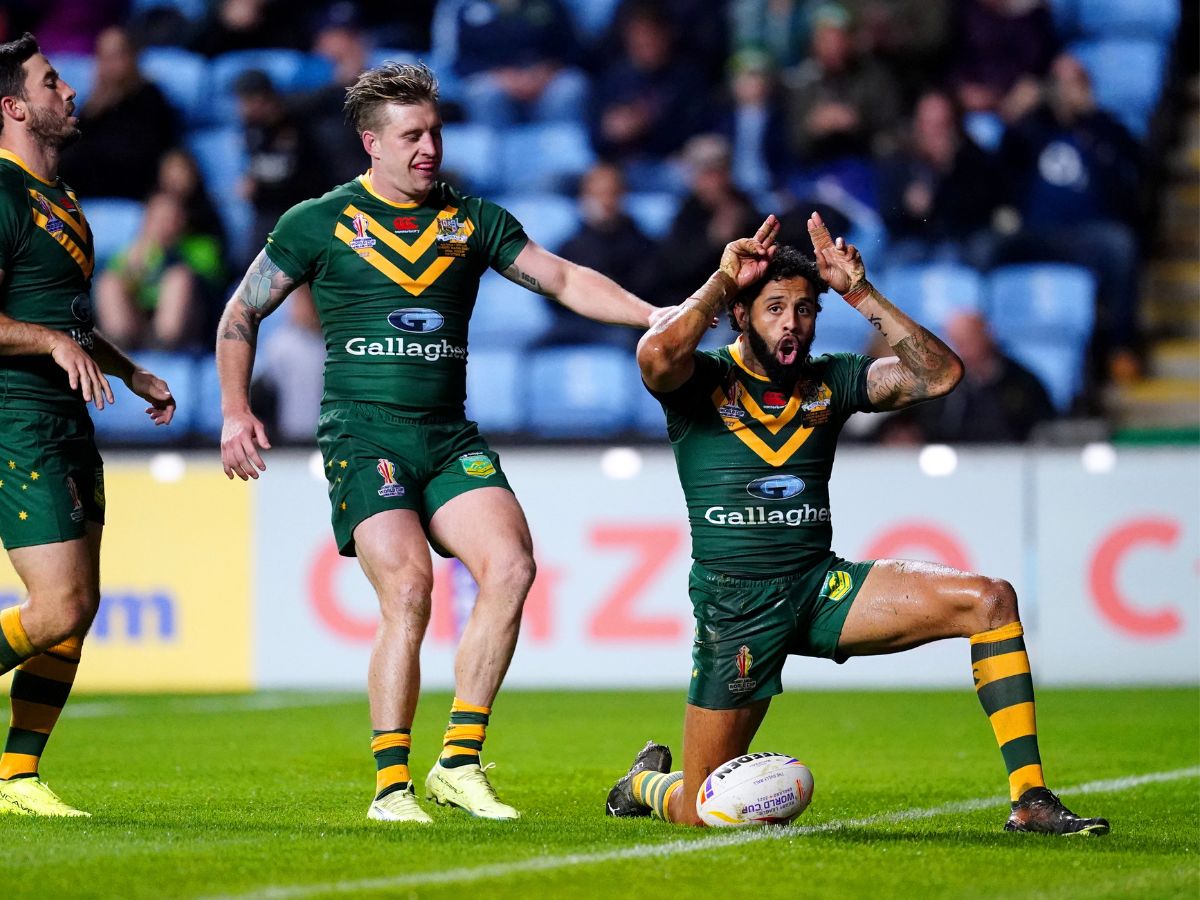 The Kangaroos had plenty of stand-out performers at the 2021 Rugby League World Cup, including the likes of Liam Martin, who was making his debut for Australia during the delayed campaign.

However, winger Josh Addo-Carr gets our pick for his 12 tries, levelling the record of most in a single World Cup tournament alongside Valentine Holmes. 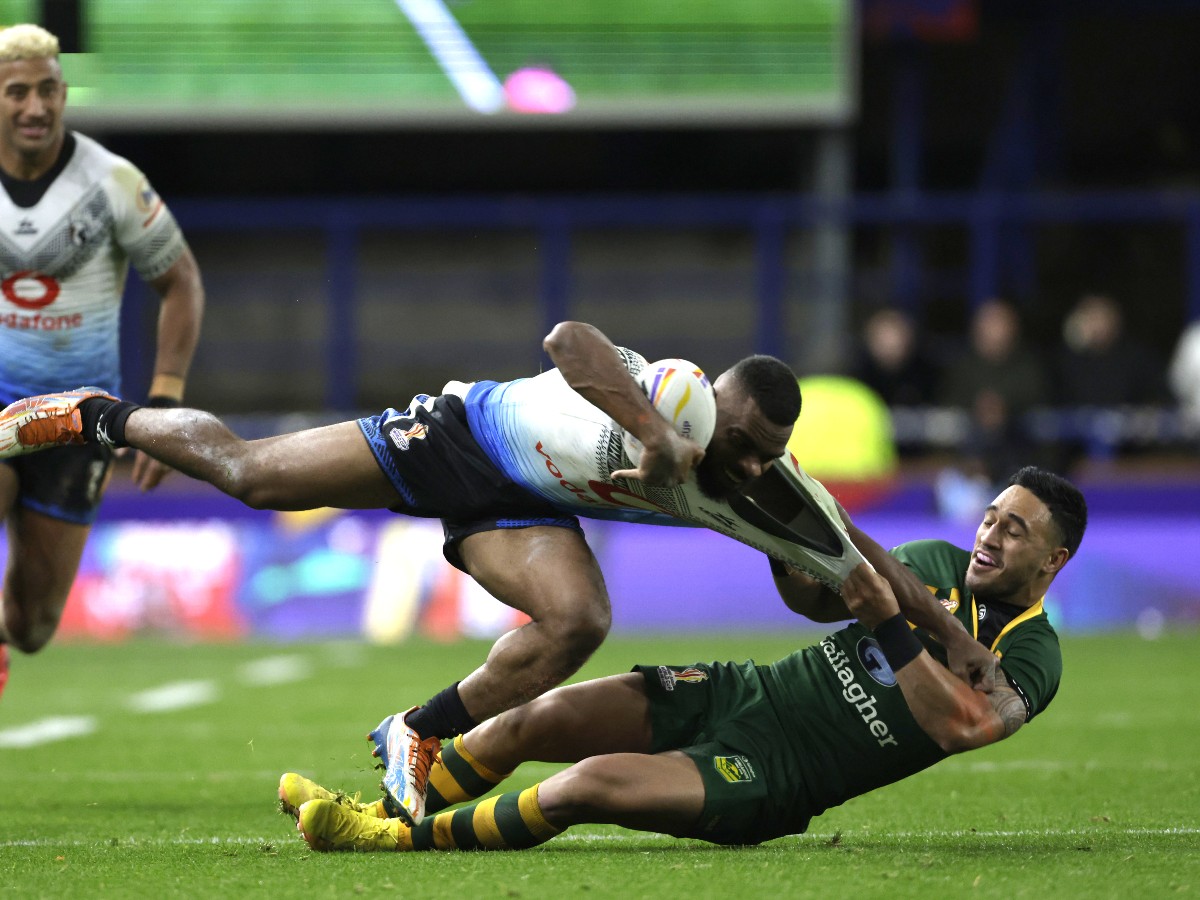 20-year-old full-back Sunia Turuva impressed during his World Cup debut with Fiji, appearing in all four of their fixtures – including the quarter-final heartbreak against New Zealand.

He only made his international debut earlier this year against Papua New Guinea in the mid-season Pacific Test, having also made his first NRL appearance in 2022 for Penrith Panthers. 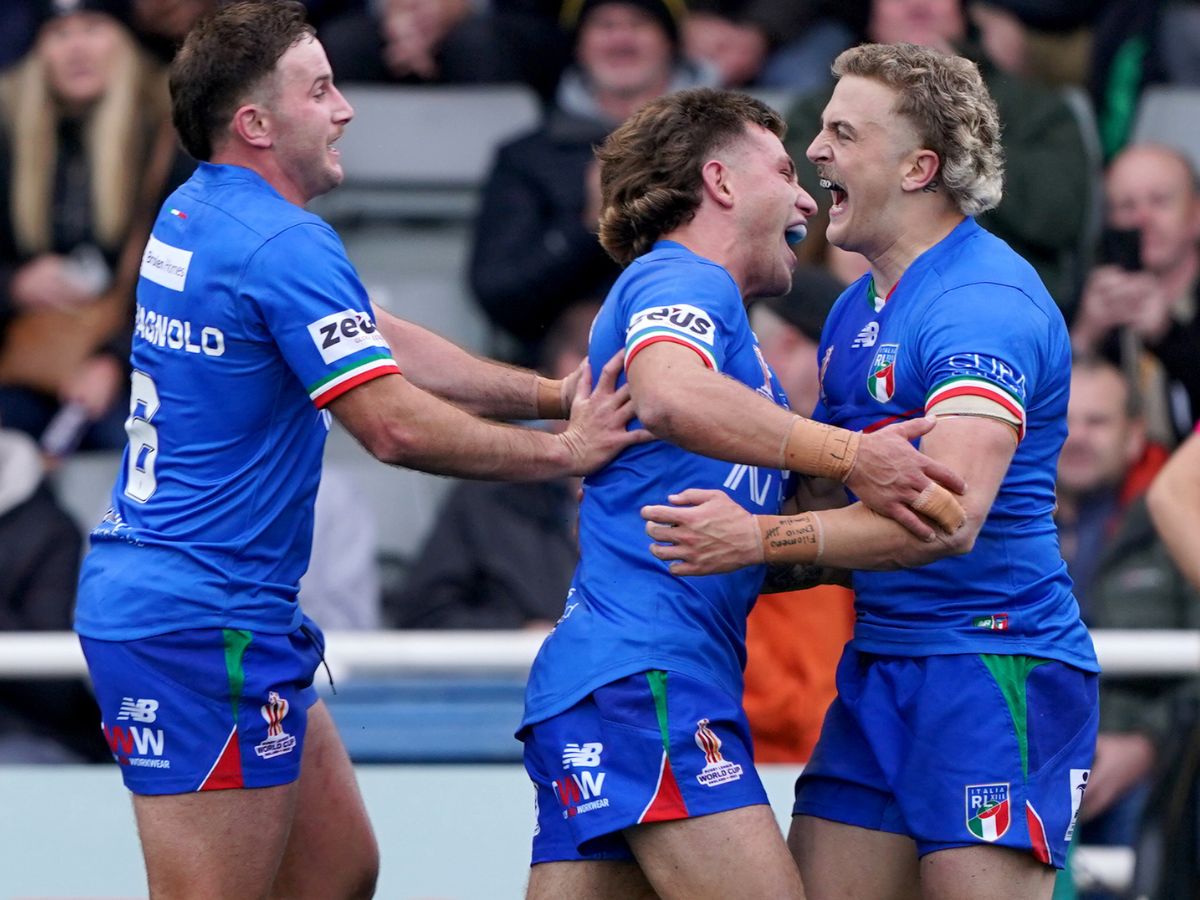 Captain Nathan Brown led by example for Italy during their World Cup campaign, but Jake Maizen caught the attention on the wing.

He scored a hat-trick on his international debut against Scotland in the 28-4 victory, adding another in the group stages against Fiji for four tries in three appearances. Full-back Luke Polselli also impressed during the tournament.

Rajab started in the win over Ireland after the suspension to Doueihi, and also came off the bench against Jamaica and Australia – scoring in the former.

He is yet to make his NRL debut, but is eyeing up his first appearance in 2023 with the Canterbury Bulldogs after an impressive World Cup. 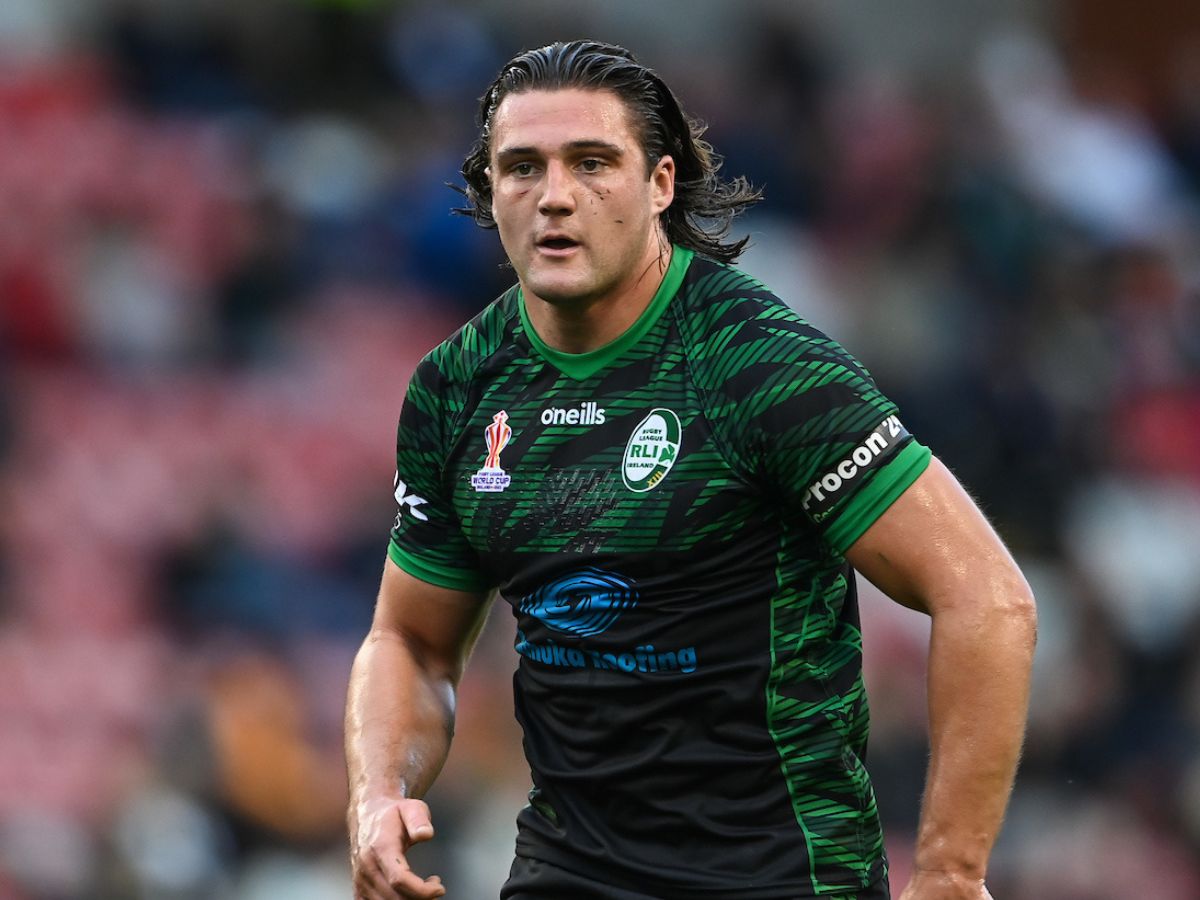 Another obvious selection would be Luke Keary for Ireland, but 23-year-old forward Liam Byrne really stood up for the Wolfhounds during their campaign.

He did however miss one game due to suspension, but impressed on the international stage. NRL half-back Keary also predicted a bright future for the young Wigan prop.

It’s hard to look past Golden Boot winner Joey Manu for New Zealand. Jahrome Hughes also had an instant impact once he returned to the field from injury after the first two group matches.

Manu was also one of two Kiwis included in the Men’s Team of the Tournament alongside team-mate James Fisher-Harris.

Ben Jones-Bishop made history by scoring Jamaica’s first-ever try at a World Cup in the 68-6 defeat to New Zealand in Hull.

The winger marked his 300th career appearance with the record-breaking four-pointer, much to the delight of his team-mates and the 6,829 crowd watching on.

Scotland somewhat underperformed during their 2021 Rugby League World Cup campaign, failing to pick up a win in Group B. However, winger Lachlan Walmsley can lift his head up high following a fine tournament. James Bell also impressed, especially in the halves against Fiji as a brave Scotland went down 30-14 in Newcastle. 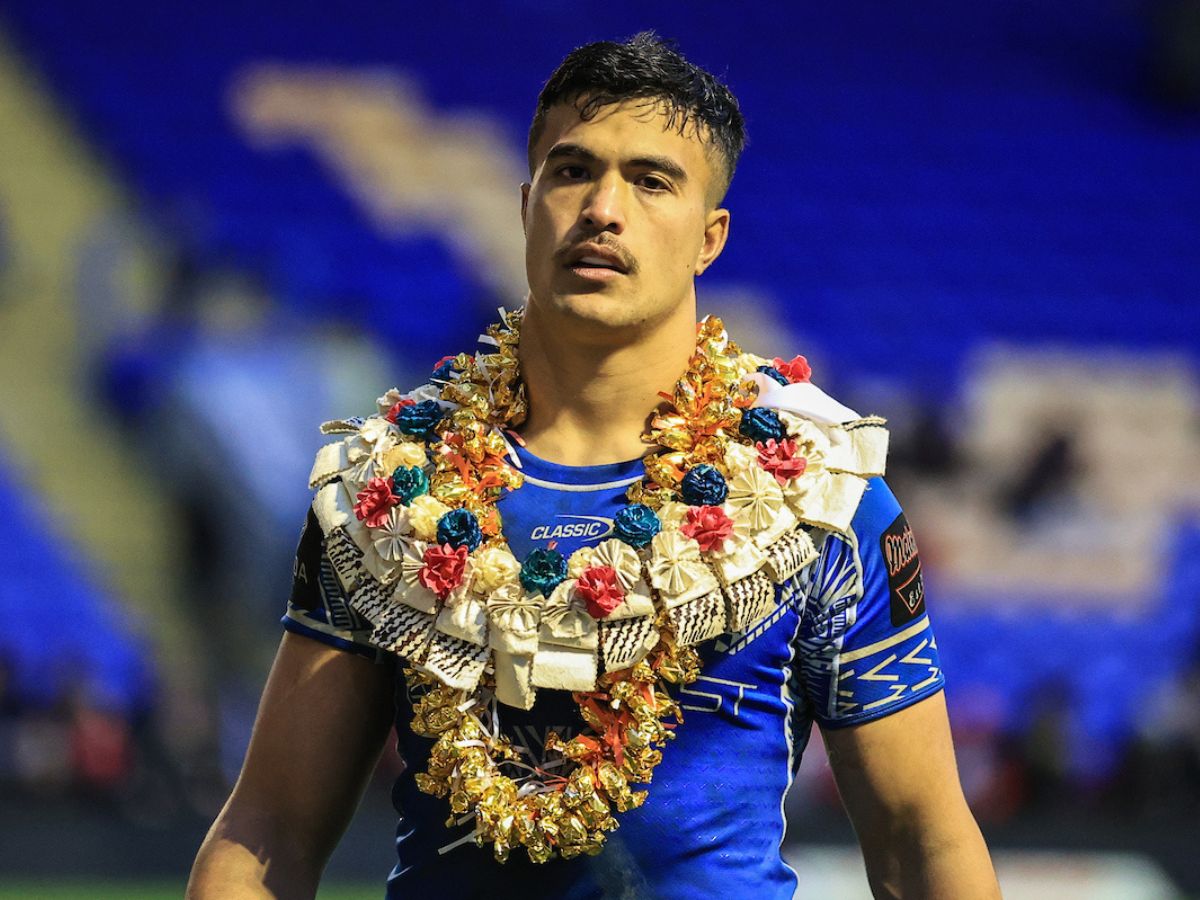 Joseph Suaalii was Samoa’s breakout star at the World Cup, making his first appearances internationally at just 19-years-old and he didn’t look out of place. A terrific runner out of the back field. 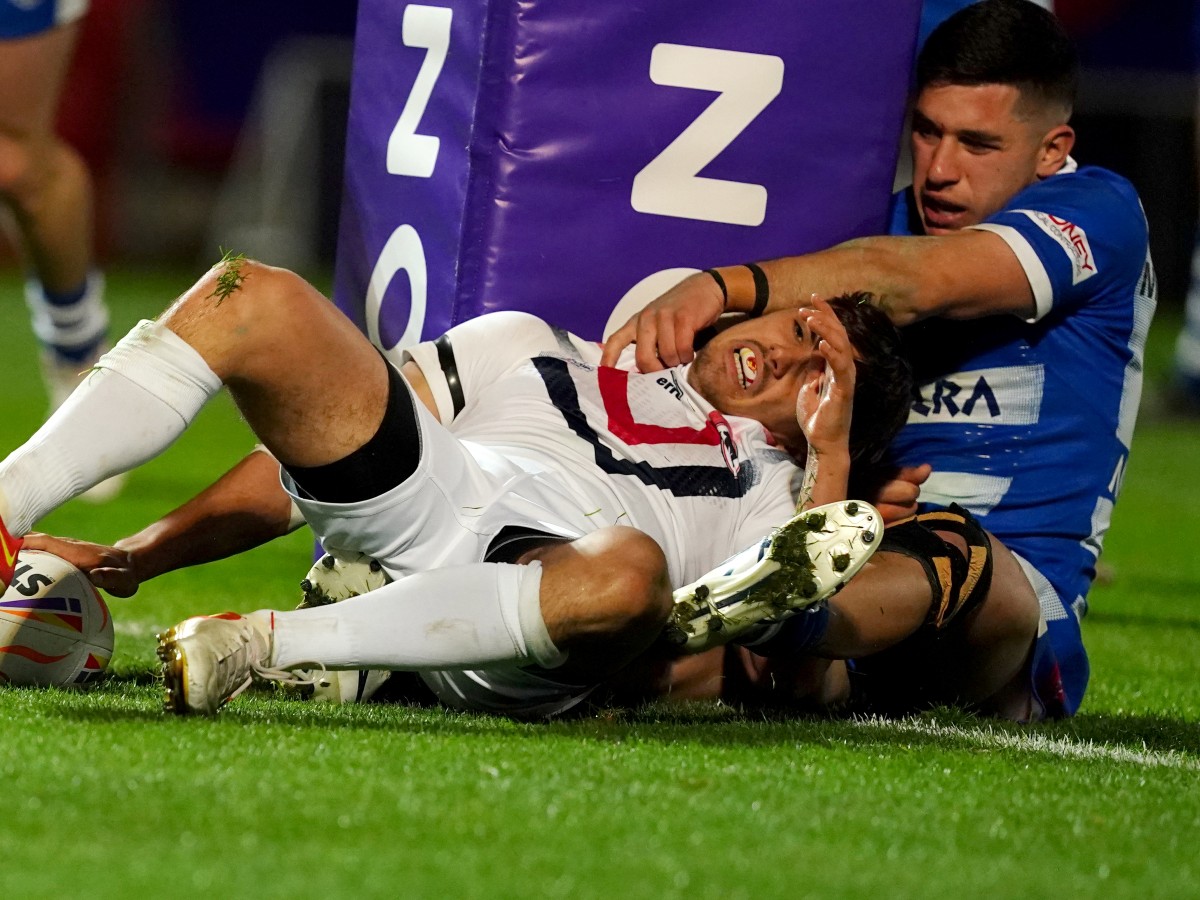 In a disappointing campaign for France Arthur Mourgue was probably the highlight, even while playing out of position at stand-off. Mourgue also kicked 10 from 11 goals during the group stages. 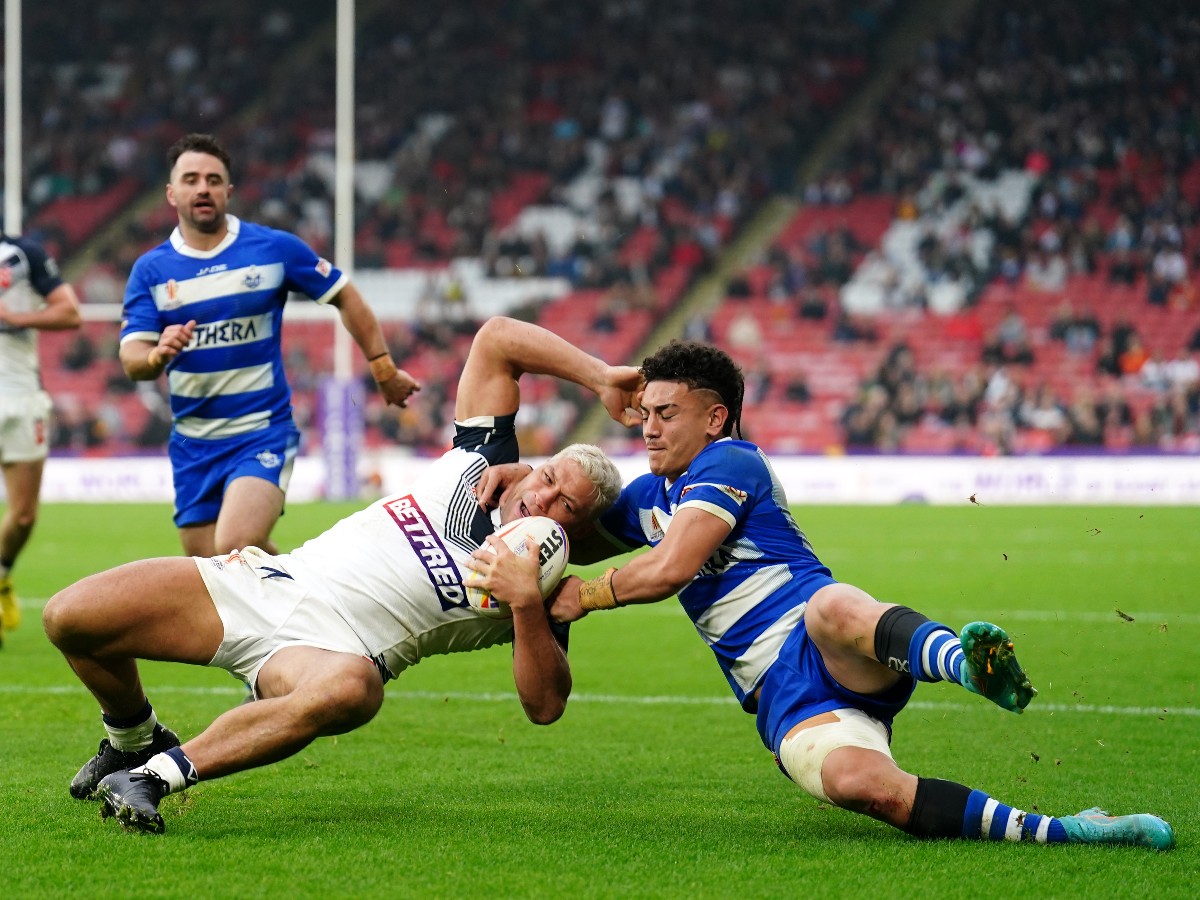 Siteni Taukamo was Greece’s top scorer at the 2021 tournament with two tries. He scored Greece’s first-ever World Cup try against France as well as scoring against England.

Keaon Koloamatangi scored two tries, including the crucial late winner against PNG in what was Tonga’s most important game in the groups. The powerful forward was great physicality in defence and when carrying the ball.

Lachlan Lam scored tries against Tonga and Cook Islands. The Leigh half-back was a real handful for teams to deal with through his dynamic running, passing ability and willingness to take on the line. Edwin Ipape also impressed, claiming a spot in the Men’s Team of the Tournament. 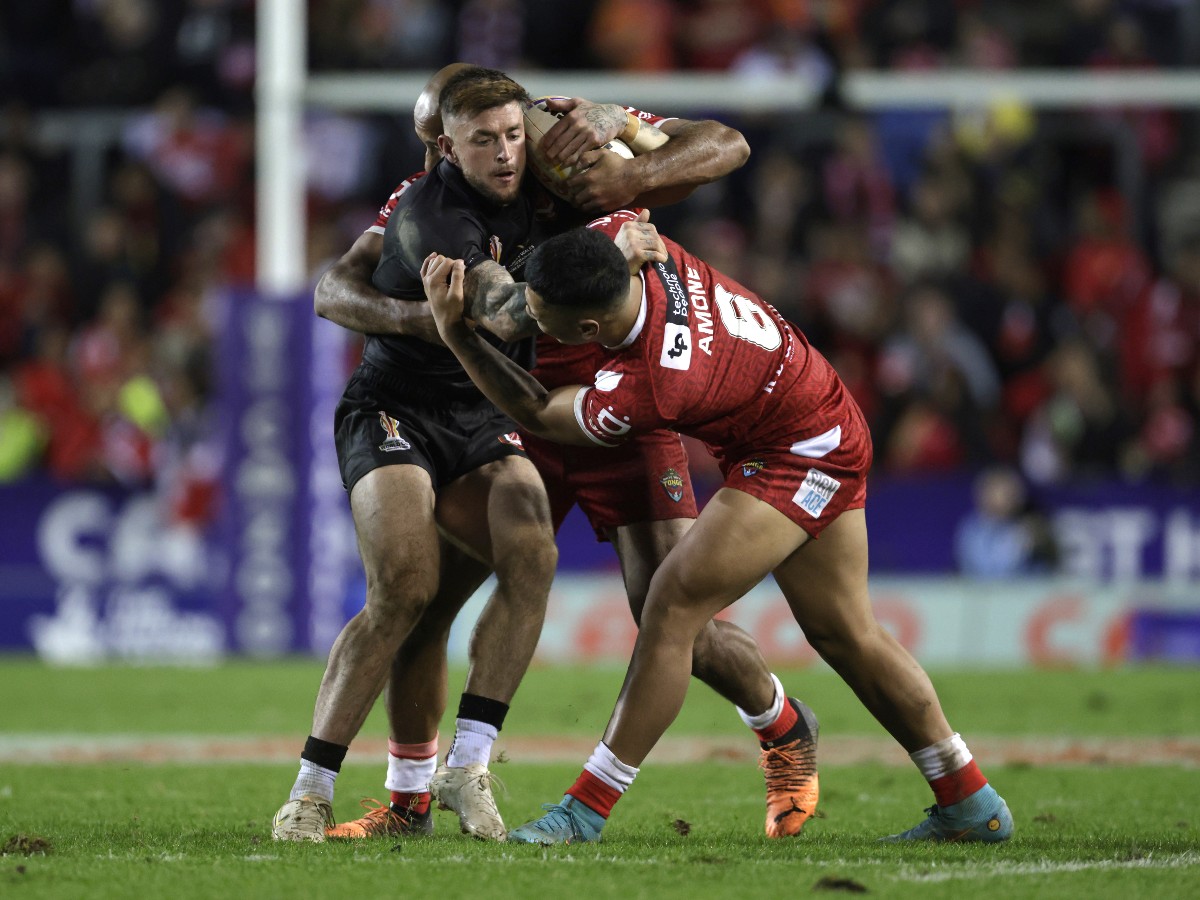 Kyle Evans scored the opening try for Wales against Tonga on his first international appearance during the 2021 Rugby League World Cup.

The 32-year-old winger only made the successful code switch from rugby union mid-way through the 2022 Super League season with Wakefield, and remains without a club for next year.

I can’t believe he’s not got a club yet: Disbelief over off-contract Super League winger

Cook Islands top scorer with two, scoring against both Wales and Tonga. He also kicked five goals throughout the group stages, playing an important role in their sole victory over Wales with 10 of their 18 points.

It’s more than just a game for us: Samoa stars on representing heritage