Young French players Baptiste Fabre (Albi) and Cesar Rouge (Limoux) will fly to Melbourne to participate in a training camp with the Storm.

Former French Elite coach Laurent Garnier works for the Storm, and the young French players will be hoping to earn a deal and get the chance to play in Australia.

Two games were cancelled due to bad weather in the south west of France – Villeneuve against Lezignan and Albi’s game with Palau.

Carcassonne got revenge on St Esteve in a repeat of last season’s Grand Final. Garry Lo and Tony Pellow scored a hat-trick apiece as Carcassonne won 38-30, to reverse the defeat they suffered in the Magic Weekend opener last month.

Avignon’s strong start to the season continued as they thumped Toulouse, who suffer another heavy loss.

Limoux made it five straight wins with a 50-12 victory over St Gaudens. 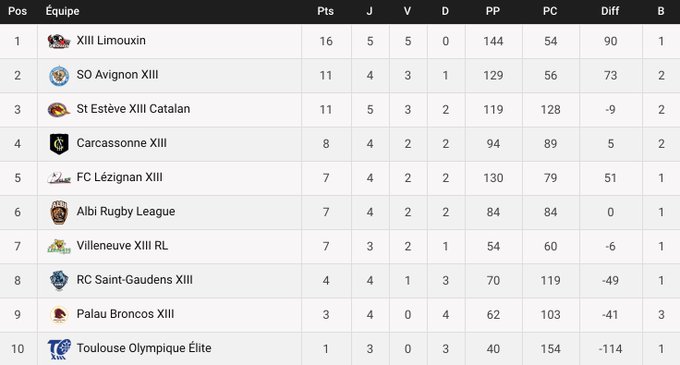 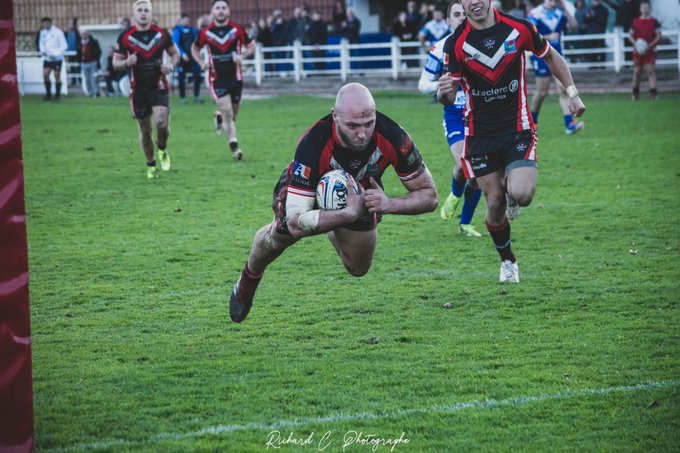 VARL and Carpentras progressed in the cup competition past Lyon and Toulon respectively.

Entraigues pulled clear late on to beat Salon, after they were locked at 14-all with 10 minutes to go.

The other quarter-final between Villefranche and Ille was off.