Warrington held on to beat Hull 22-14 to keep up Steve Price’s record of having reached every final since he came to Super League.

In a gripping semi-final, Toby King’s second half try gave the Wolves just enough of a cushion before Joe Philbn’s late try secured the win after they had come from behind to lead at half-time.

Blake Austin stood out on the big occasion to send the Wolves back to Wembley as they look to end a run of six consecutive Challenge Cup and Grand Final defeats.

Stefan Ratchford was a surprise inclusion in the Wolves team, starting at full-back after taking the place of Josh Charnley, who suffered a knee injury in training.

Ratchford had missed the last nine weeks with a pectoral injury and he caught the opening kick-off in slippery conditions at the University of Bolton Stadium.

Warrington started the brighter and a couple of good kicks from Blake Austin kept them up the right end of the field.

After Tom Lineham had been tackled close to the line on the last, a sharp pass from dummy half was spilled by Ratu Naulago barely yards out from his own line and the Wolves pounced, Bryson Goodwin finishing well in the left corner. 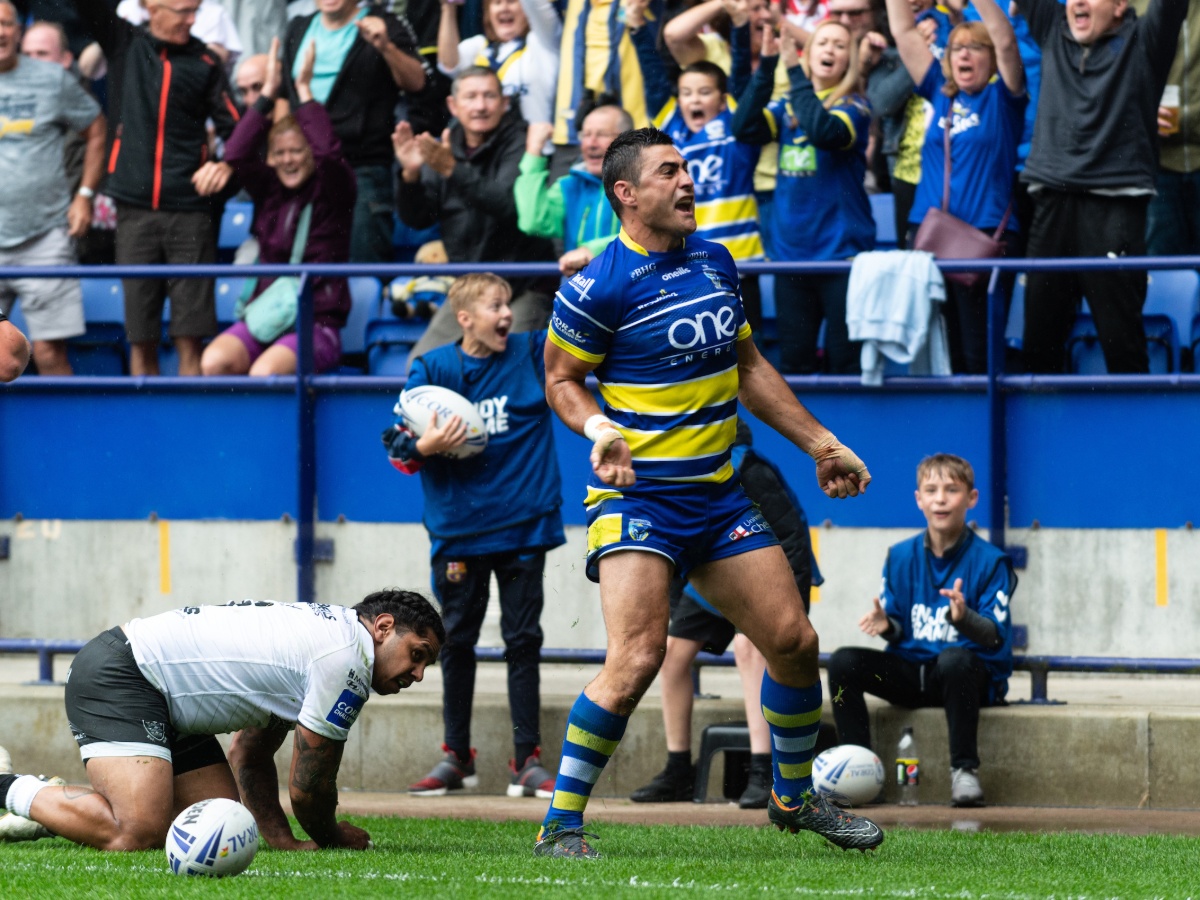 But Marc Sneyd then took control of the game for the middle part of the first half, his excellent kicking to touch keeping Warrington pegged in their own half.

It was from an attacking Sneyd kick that Tom Lineham knocked on to force a repeat set, and from that Sneyd would take a simple penalty goal after Warrington were penalised for offside.

A piercing break from Jamie Shaul up the middle deserved better, he eventually knocked on after being caught at the second attempt by Ratchford, but Hull were on the front foot.

The Challenge Cup has created some great moments from wingers and Fijian flyer Naulago had a moment of his own on 25 minutes, leaving opposite number Lineham for dead as he romped down the right hand side and after he was tackled 10 metres out, Albert Kelly’s low trajectory kick to the far side was finished in the corner by Bureta Faraimo.

A pinpoint kick by Sneyd forced Jake Mamo to take the ball dead and with Kelly denied just short of the line, another penalty was awarded to Hull enabling Sneyd to edge the score out to 8-4.

Hull may have been disappointed that their period of control hadn’t resulted in more points and Warrington were able to turn things around before the break.

A knock-on in his own half by Jake Connor gave Warrington field position, and Ben Murdoch-Masila thought he had got himself free only for a desperate tackle by Connor and Danny Houghton to hold him up short. From the play the ball, Dec Patton’s kick to the left was claimed by Ben Currie, Ratchford’s conversion making it 10-8.

Sneyd missed a difficult penalty from 40 metres for the chance to level it up on the hooter, and the game was finely poised going in to the second half.

Warrington came out the better side after the break and they stretched their lead on 51 minutes, Austin’s high kick to the right taken by Toby King above Connor and Faraimo for 16-8.

That left Hull with work to do and they thought they had reduced arrears when Faraimo claimed a try in the corner, only for it to be ruled out for obstruction. On the other wing, Naulago couldn’t bring in a Kelly kick on the last.

They got back in it on 66 minutes, good work by Brad Fash resetting the tackle count, and Scott Taylor crashed on to a short ball from close range, Sneyd converting for 16-14. 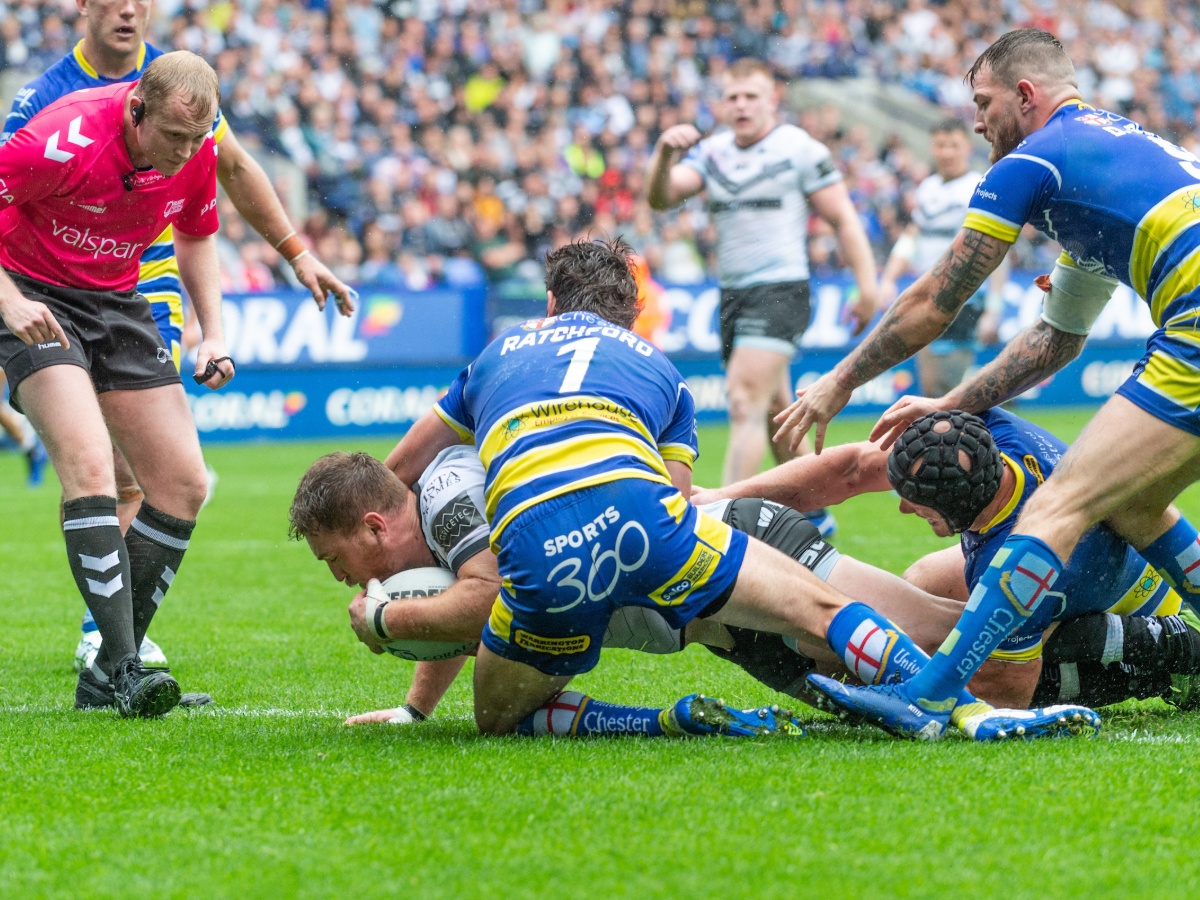 If Sneyd had demonstrated control in the first half, then Austin was doing so for Warrington in the second. He kept Hull at arm’s length, that was until Naulago, who in an age of wingers being told to cut inside is a breath of fresh air, combined with Carlos Tuimavave down the right to take Hull close, Kelly’s high kick patted dead for a drop out with three minutes to play.

But Hull couldn’t make anything from it and Warrington would put icing on the cake in the dying seconds, Joe Philbin kicking on a loose ball and diving over to score.

Though you might say it makes a mockery of the 19-man squad announcement requirements, the return of Stefan Ratchford was a big boost for Warrington and he showed just how much they have missed him. The knock to Josh Charnley an unfortunate coincidence no doubt, but the full-back gave the Wolves a lift and an outlet that they have been lacking in recent weeks.

Fijian flyer Ratu Naulago would arguably have been the story of Challenge Cup final day had the Airlie Birds made it. The rookie winger is raw, but he’s thrilling to watch. Not scared to take his man on the outside, he may have the odd mistake in him – the one for the Warrington try was hardly his fault given how sharp the pass was – but here’s hoping the excitement isn’t coached out of him and is instead nurtured, as it appears to have been so far by Lee Radford.

A man for the big occasion

New England call-up Blake Austin shone on the big stage, grabbing hold of the game in the second half to provide a masterclass in game management. Is he the missing piece of the jigsaw that can help Warrington finally end their Grand Final hoodoo, and in the meantime bring home another Challenge Cup trophy? 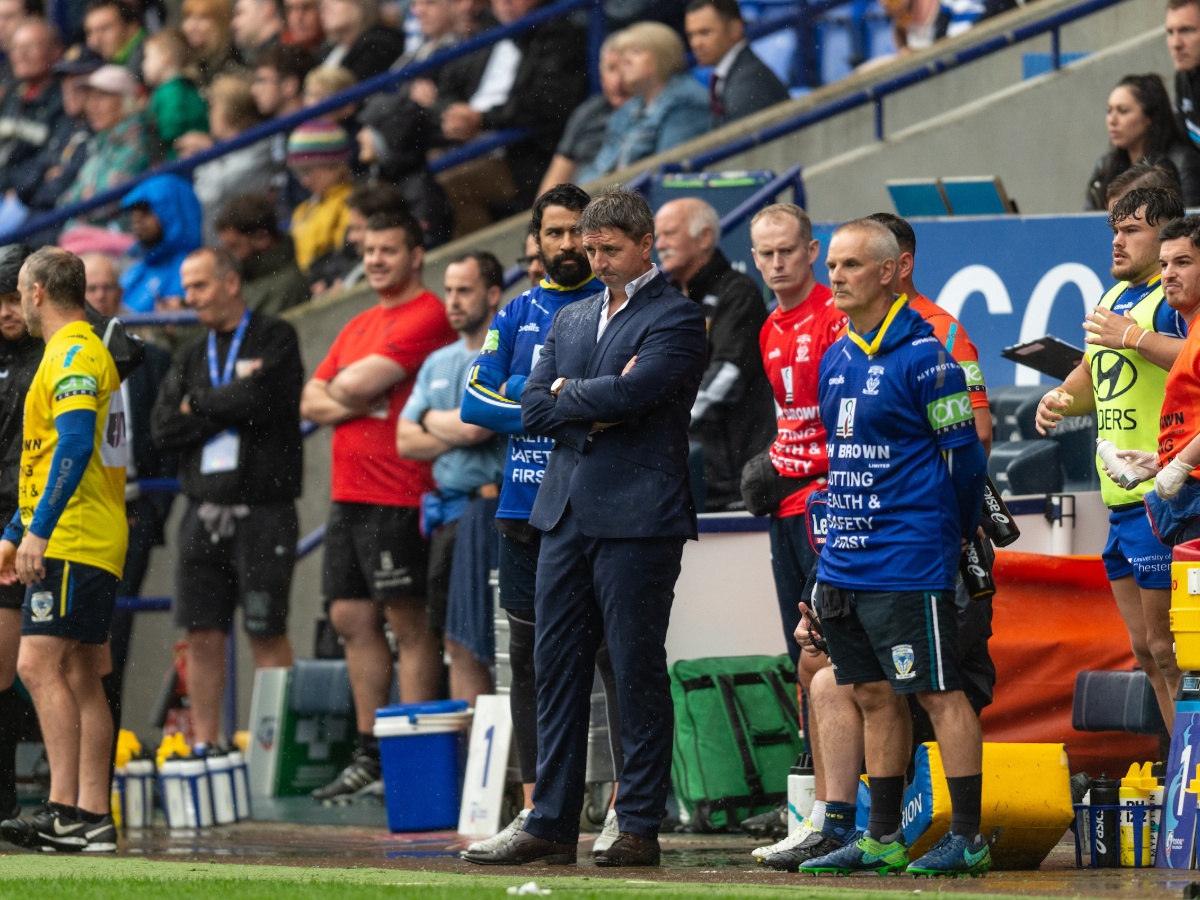