Warrington Wolves started their pre-season in ideal fashion with a 38-12 victory over local rivals Widnes Vikings at the Halliwell Jones Stadium.

Despite falling behind to Liam Hood’s score in the first half-hour, Warrington led 12-6 at the break thanks to Jake Mamo and Blake Austin’s debut tries.

Declan Patton and Brad Walker exchanges tries early in the second half, before Daryl Clark gave the Wolves some breathing space.

Warrington kicked on and put the game to bed as Mamo completed his treble in the latter stages, with wingers Tom Lineham and Josh Charnley rounding off a hard-fought but ultimately commanding victory for the Super League side.

The game was played in honour of two-time Challenge Cup winner Atkins, who has scored 163 tries in 261 games during his ten seasons at the Wolves.

Warrington named a near full-strength squad against their near neighbours, with Blake Austin and Jason Clark making their first starts for the club.

Widnes meanwhile had a mix of youth and experience, with Jack Owens partnering youngster Joe Lyons in the halves, while trialist Dom Speakman took his spot on the bench.

After a competitive opening, it was the Championship side who took the lead as Hood darted out of dummy half and muscled his way over from close range.

Nevertheless. Warrington turned the game on its head with two tries in as many minutes. First, Mamo capitalised on Hood’s wayward pass and raced down the right touchline, before Blake Austin dummied close to the line and stretched out to score.

The hosts were quick out of the blocks in the second half and scored within two minutes of the restart as Dec Patton was on hand to support Tom Lineham’s break down the left flank.

Despite this, Clark restored the hosts’ two-try cushion, picking up a Patton’s kick, which was allowed to bounce by the Vikings defence.

The Wolves put the game out of Widnes’ sight with two tries in four minutes just after the hour mark as Mamo linked up with Toby King to cross for his second, before Lineham strolled in a few moments later after a superb cut-out ball from Austin.

There was still time for Mamo to burst his way over with less than five minutes remaining, and not even a failed conversion attempt from Atkins himself could take the sparkle off a commanding win for Steve Price’s side.

Plenty left in the tank for Atkins 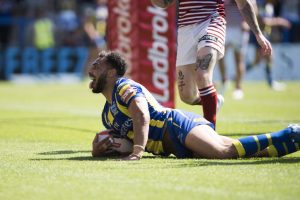 He may not have crossed for Warrington in his testimonial match, but there were still clear signs of Atkins’ importance in Steve Price’s side.

He made a bright start to the game with a ferocious tackle on Keanan Brand, before linking up Jake Mamo down the right for Warrington’s opening score.

He also made a couple of half-breaks and could’ve gotten himself over the whitewash, had it not been for some superb Widnes defending.

Atkins was replaced by Toby King – who could inherit the number four shirt in years to come – and despite missing with a late conversion attempt, the 33-year old has shown enough to suggest he can still have a big say on whether the Primrose-and-Blue achieve silverware in 2019. 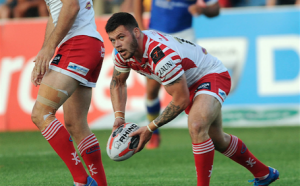 Despite being at fault for Warrington’s opening score, Hood was a classy operator around the ruck and showed his vast experience in a brilliant pre-season outing.

The 27-year old showed superb tenacity for the opening try of the game, spotting a gap in the Wolves goal-line defence and exploiting it in trademark fashion.

His defence was equally as ferocious, with the former Leigh man muscling up well against the likes of Atkins and Patton, especially in the second period.

His side may not have won the match, but it is clear to see the growing influence that Hood will have as the season goes on. He is quickly becoming a general for Keiron Purtill’s side and is someone that the Vikings’ younger players are evidently looking to for guidance.

If Widnes can keep him fit, Hood may well be the man who spearheads their charge for the Championship top five.

Man of the match – Blake Austin 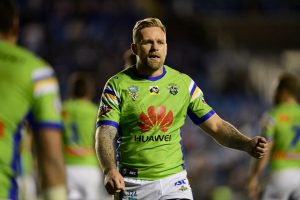 The former Canberra Raiders man couldn’t have asked for a better beginning to life in Primrose and Blue, showing his vast repertoire of attacking talent against the Vikings.

His first-half score came after a brilliant show-and-go, which completely wrong-footed the Widnes defence.

Aside from his scoring exploits, the 27-year old had a hand in Jake Mamo’s second after using his sleight-of-hand to create space on the right, before his sensational looping pass set up Tom Lineham a few moments later.

It sometimes takes NRL imports a little time to get adjusted – especially on a typically cold day in the North of England – but Austin has certainly hit the ground running.

If their marquee man can churn out more performances like this, he will be more than worth his salary, come the end of the season.