Here are three talking points as Salford got their first points of 2020 with a 24-16 win over Toronto at the AJ Bell Stadium.

Salford off the mark 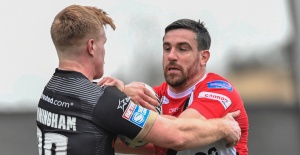 After their remarkable route to the Grand Final last year, it was always going to be tough for Salford in 2020. Having lost some of their biggest names – especially Man of Steel Jackson Hastings and Great Britain second-rower Josh Jones – in the off-season, the Red Devils were never going to live up to the lofty heights of last season.

Getting their first points of the new season will come as a welcome relief. A heavy defeat to St Helens in round one led many to believe that it could be a long old struggle for Ian Watson’s side this term, but they showed far more fluidity and endeavour against the Wolfpack to pick up their first competition points of the year. No one wants to be the first side to lose to Toronto in Super League, and thanks to two late tries, the Red Devils ensured it is unlikely to be them. 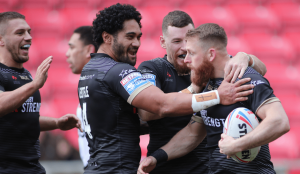 Having had such a torrid time with injuries over the last few seasons, it was brilliant to see Gary Wheeler showing exactly what he can d when up to full speed. He has been restricted to just 14 appearances over the last two years but produced an excellent display at the AJ Bell Stadium, albeit ending up on the losing side.

The 30-year-old showed brilliant determination to shrug off five Salford defenders for the first try of the game and them found himself in acres of space to latch onto Hakim Miloudi’s grubber kick in the second half. Hopefully he can stay injury-free and develop into an important cog for the Wolfpack in 2020. 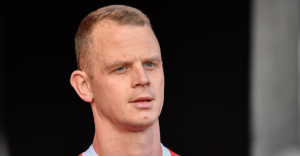 It was always going to be a challenge replacing the superb Jackson Hastings in the off-season, but Kevin Brown and Tui Lolohea – the two men tasked with spearheading the Red Devils’ creativity in 2020 – showed that a partnership is starting to emerge.

Both got on the scoresheet on Saturday afternoon, with ex-Warrington man Brown diving onto Lolohea’s kick into the in-goal, before the Tonga international was on-hand to support Dan Sarginson’s break after half-time. It is unrealistic to expect Salford’s new half-back pairing to live up to the standards of 2019, but they certainly showed they can be a handy pairing for Ian Watson moving forward.