With the Challenge Cup semi-finals this weekend, it has been confirmed that we will see plenty of debuts in tonight’s Super League fixtures.

We’ve picked out some to keep an eye on…

Hanley, son of Wigan and Great Britain legend Ellery, has been named in Wigan’s squad for the first time.

The 18-year-old full-back has represented England under-16s and under-18s, and was named the club’s under-16s Player of the Year in 2018.

He played one season in the under-19s academy where he won the Grand Final and was Wigan’s joint top scorer with 19 overall, and featured in the club’s three reserve games earlier this year, scoring two tries.

Pearce-Paul joined Wigan on a four-year deal in 2020 from London Broncos, having joined the club’s academy, and is yet to make his debut.

Studying a Sports and Exercise Science degree at the University of Central Lancashire alongside his career, this young forward could have a bright future.

The 26-year-old half-back has already played in Super League but recently joined Salford on a short-term deal.

Gilmore made more than 50 appearances for Widnes before making the switch to Halifax, and with Brown not being named in Salford’s squad he could be named alongside Tui Lolohea.

The former Widnes utility-back made the move to the capital to join London Broncos for the 2020 season, and made just one appearance before the postponement.

The 22-year-old is is headed to Canadian club Ottawa Aces in 2021 alongside new-teammate Tom Gilmore.

He could make his Salford debut tonight after joining on a short-term deal. He caught the eye with Widnes in 2018, but has only made five appearances in Super League to date.

Kyle Shelford’s only Super League appearance came for Wigan back in 2016, and the 24-year-old had captained the Warrington reserve side earlier this year.

The back-rower spent time on-loan with Workington before making a permanent move to Swinton, where he featured alongside now-Warrington teammate Matty Ashton. 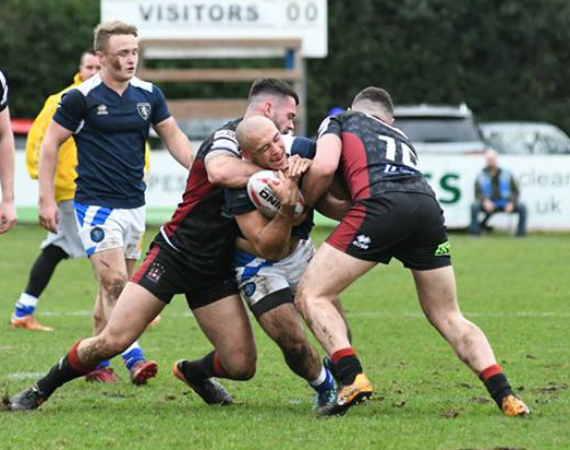