Castleford have maintained their winning start to the season thanks to a hard fought 18-10 victory over Leeds.

Oliver Holmes opened the scoring in the 11th minute before Niall Evalds extended Castleford’s lead midway through the first half.

Leeds winger Luke Briscoe pulled one back for the Rhinos on the half hour mark but Daryl Powell’s side were 12-4 ahead at half-time. 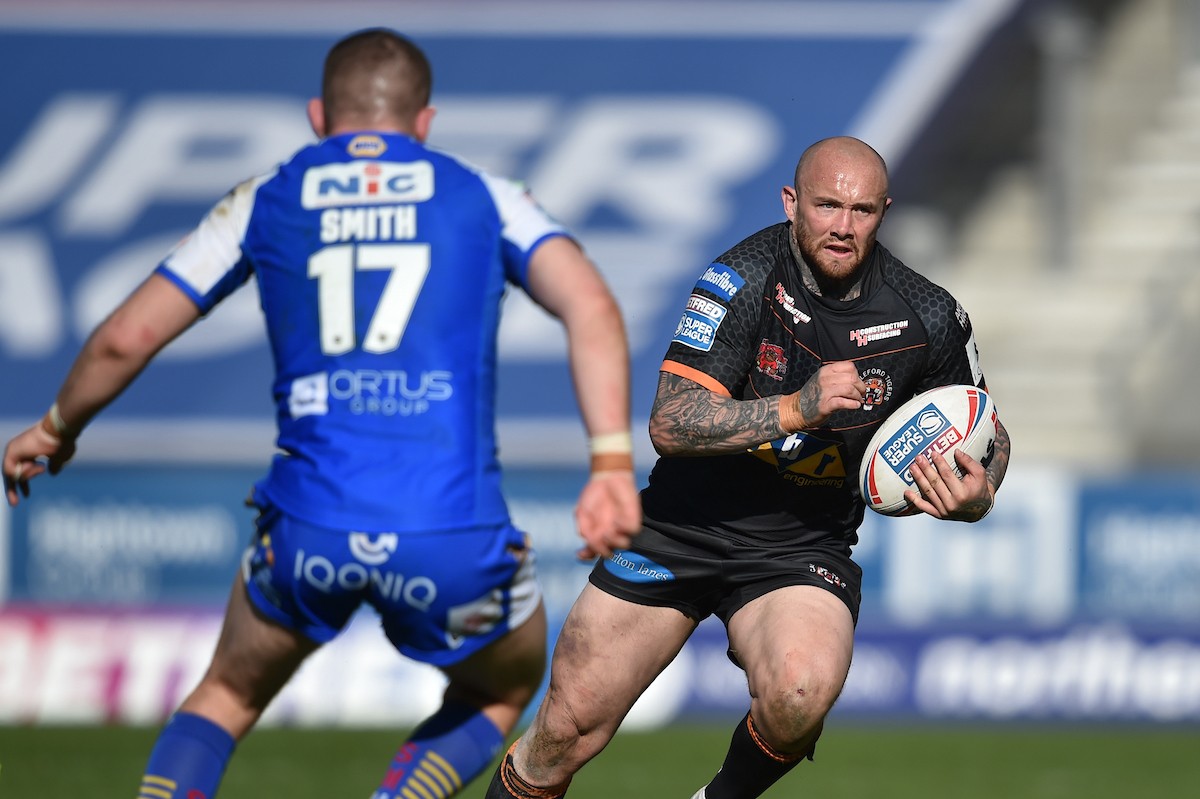 Nathan Massey in action for Castleford

Leeds fought their way back into the game after the second half restart and a try from Matt Prior saw them trail by just two points on the hour.

But with 10 minutes left on the clock, Castleford put the game out of Leeds’ reach as Jordan Turner went over. Danny Richardson’s goal sealed an 18-10 win for the Tigers.