The World Cup pool fixture between Tonga and Wales will forever be etched in the history books.

Badger was a touchjudge at Friday’s win for Australia against Scotland in Coventry.

She is one of two female officials at the World Cup, the other being fellow Australian Belinda Sharpe, who ran the line at New Zealand’s game with Jamaica.

International Rugby League boss Troy Grant said: “On behalf of the IRL board, I congratulate Kasey Badger on her historic and well deserved appointment to the Wales-Tonga Test match.

“Kasey is helping to create history and a lasting legacy for not only women in league, but rugby league as a whole.” 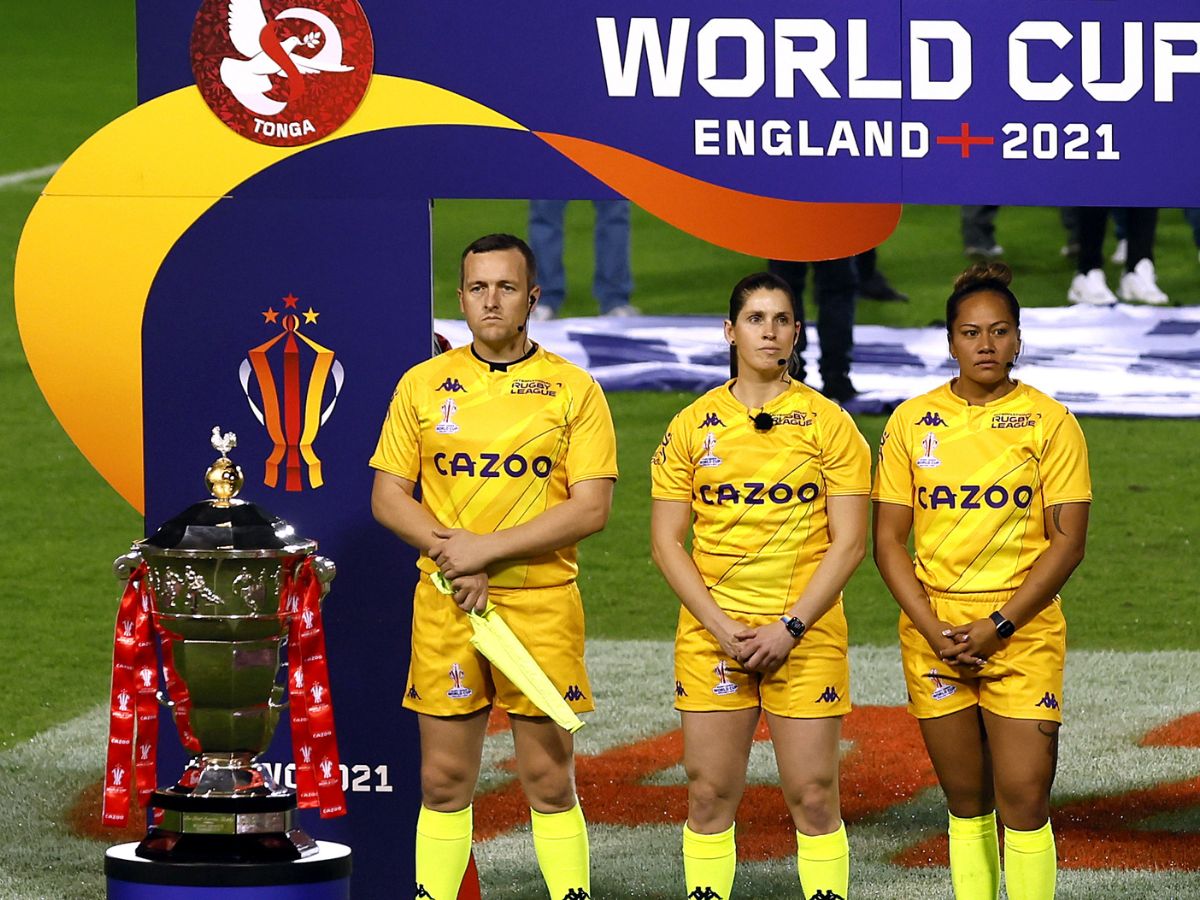 Kasey Badger told the BBC last week: “I hope in years to come there will be a female who approaches me and says: ‘I took up refereeing because I saw you referee that game, or I read an article, or I saw something on TV about you refereeing that Test match.’

“That’s what moments like this can generate, getting it out to the wider public.

“There’s a young girl who might start refereeing or get involved in rugby league in some capacity; whether that be as a fan, player or as a coach, whatever it might be – they might get involved because they see what I’m about to do.

“I more had my mind on touch-judging in the men’s games and potentially getting to referee some of the women’s games, so when I found out this would happening it was a complete shock.”

Badger was referee for the NRLW Grand Final between Parramatta Eels and Newcastle Knights, and the mid-season women’s international between New Zealand and Tonga.

Brought up in Parramatta, she decided to take up the whistle as there was no pathway at the time for her to continue playing. Her husband Gavin is an experienced NRL referee.

Badger and Sharpe are likely to be the main referees for the women’s World Cup, which gets underway on November 1.

About James Gordon 7243 Articles
Love Rugby League editor. Founded the website back in 2005. Worked with a range of clubs and sponsors during that time. Also commentates for BBC.
Website Twitter LinkedIn