He is already one of the most decorated rugby league players of all time, but the motivation hasn’t stopped since retirement for former England captain Jamie Peacock.

Peacock, 43, is currently preparing for a double marathon this Friday, where along with friend Simon Dent, he will run a 52-mile loop around London starting and finishing at the Greenhouse Centre in Marylebone.

He said: “One thing you miss about playing is the challenge physically. Running is a good substitute for that.

“I love the mental challenge. It’s the greatest challenge. When your body is tired, it’s all about that belief you can do it and push your body mentally.

“I relish that challenge. I call it when you get to the hurt locker, and I love that almost perverse inner voice that challenges you to keep going. It’s you against you, it’s the ultimate form of competition and I just love it and you can always push yourself further.

Countdown is on! ⏳ One week to go until @JamiePeacock10 and @SimonJDent run an incredible 5⃣2⃣ miles across London to raise funds for Greenhouse Sports. 🏃🏃

Help them reach their target of £30,000 and donate here today 👉https://t.co/Xc8WulcKIL#TeamGreenhouse🙌 https://t.co/Tv1fKyddEv

“When you think you’ve gone, you can find a little bit more. It’s a bit like when you’re playing rugby and you’re defending your try line, you can always find a bit more. I’ve been conditioned to be mentally like that for 20 years.”

The challenge aims to raise £30,000 for the Greenhouse Sports charity, which will pay for a head coach to be based full-time in a school for a year.

The run will pass two venues that will host games at the 2021 World Cup – the Emirates Stadium and the Copper Box Arena. 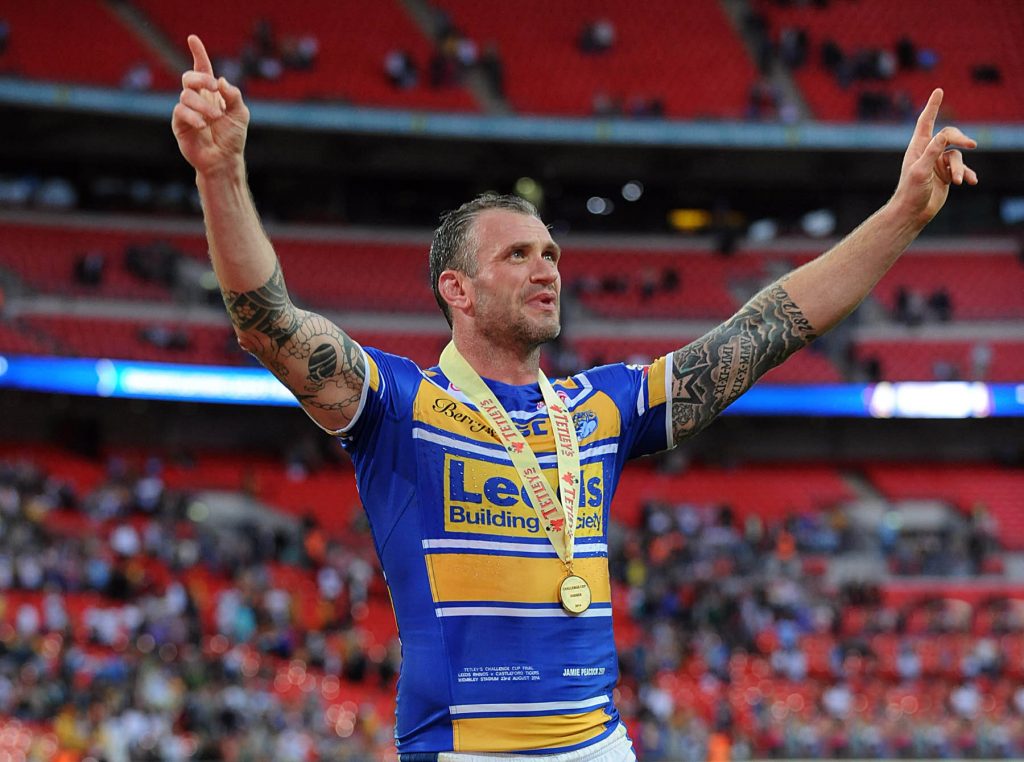 After initially retiring after Leeds’ Grand Final win over Wigan in 2015, he was tempted out of retirement to play four games for Hull KR in 2016, where he was working as football manager, to help them during an injury crisis.

He added: “It helps adapt to not playing. You ask yourself if you’re able to achieve that and then once you’ve done a marathon it’s what’s next. A lot of ex-players enjoy that challenge.

“You have a duty I think when you’re in the public eye to raise money and awareness for charities – it’s one of the positive sides of having some notoriety!”

To donate to Jamie’s cause, visit: https://www.justgiving.com/fundraising/simonjamie4greenhouse