There were six representatives from Wigan and five from St Helens in the inaugural Super League Dream Team in 1996.

St Helens were crowned champions in the first season of Super League; but there was no Grand Final until two years later in 1998.

In 1996, was a neck and neck between old rivals Saints and Wigan and went down to the final game of the season. St Helens finished on 40 points, with Wigan just behind them on 39. Saints won 20 from their 22 games, whilst Wigan won 19 and drew one. 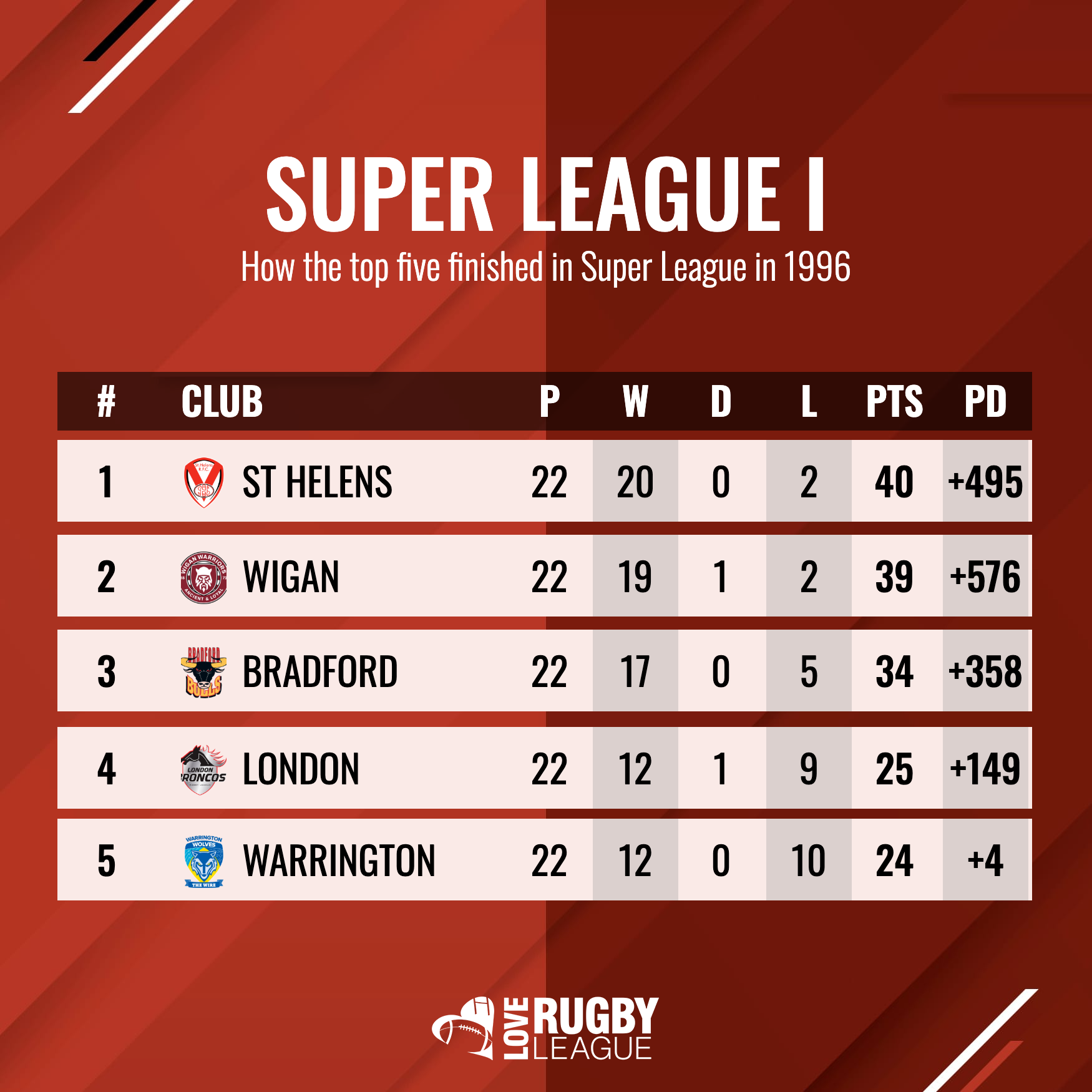 St Helens did the double that year as they beat Bradford 40-32 in a thrilling Challenge Cup final at Wembley.

Shaun McRae’s Saints five players included in the Super League Dream Team. Paul Newlove and Anthony Sullivan were in the outside-backs with Bobbie Goulding at scrum-half. Apollo Perelini was in the front-row alongside a very young Keiron Cunningham at hooker.

Graeme West’s Wigan outfit had six representatives included. Gary Connolly was at full-back, with ‘billy whizz’ Jason Robinson being on the wing with Inga Tuigamala as his centre partner.

There were only two players from clubs excluding Wigan and Saints. Paul Sculthorpe, who went on to become a Saints legend, was named in the back-row after having an outstanding season for Warrington. Australian Peter Gill of London Broncos completed the Dream Team line-up. 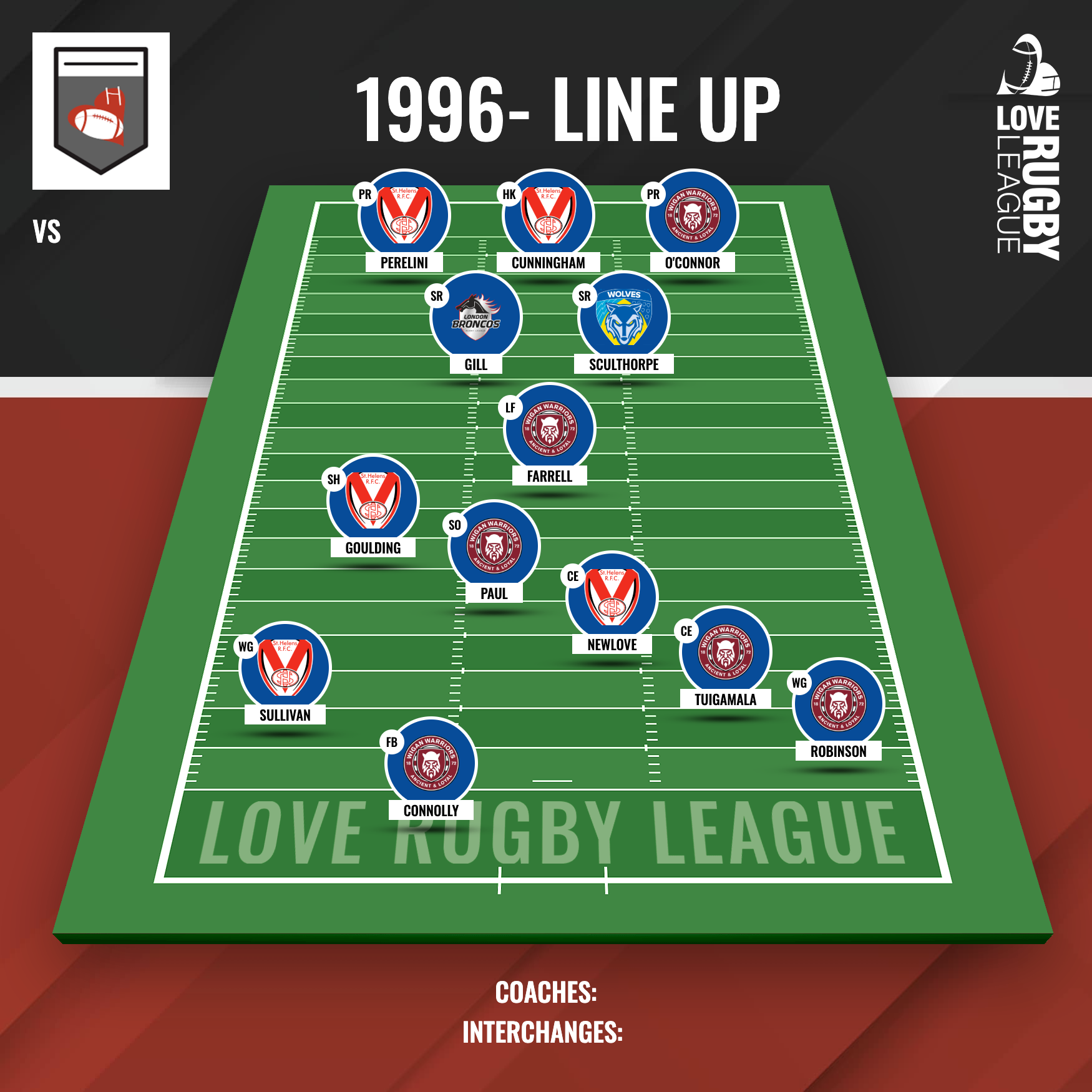 About Drew Darbyshire 8342 Articles
Love Rugby League Deputy Editor. Joined the site ahead of the 2017 World Cup and been a full-time reporter since 2018.
Twitter