Three teams sit level on points at the top of the French Elite One Championship following the weekend’s games.

Previous leaders Carcassonne suffered only their second defeat of the season to Albi, who in turn move within four points of the leading pack.

Hakim Miloudi starred for Albi in front of a crowd of more than 2,000 in Tony Gigot’s debut game, breaking through the line to put on a try for Nittim Pedrero in the first half.

He then wrapped up the scoring seven minutes from time, powering through a few defenders after taking on a Gigot pass as Albi won 20-8.

Limoux took advantage of the Canaries’ slip by beating St Esteve in a fiercely-contested encounter, while Lezignan registered their ninth win in 11 games by beating St Gaudens 52-12.

It means Limoux sit top of the league courtesy of their superior points difference, ahead of Carcassonne in second and Lezignan in third.

There four cards in Limoux’s 20-6 win over St Esteve, including a red for Tom Bonillo. Tries from Tony Maurel (2) and Constantine Mika had them 14-0 up at half time and Benjamin Vergniol’s score made sure of the points after St Esteve had pulled one back.

Villeneuve’s difficulties have been compounded by injuries and suspensions, while visa problems are denying their three overseas players from featuring.

Pia winger Windy Buche was taken to hospital after being knocked out in the closing stages.

Pia coach Thomas Valette told Treize Mondial: “A great 34-16 away win to start the year well, even if the three injuries during the game are the black point of this meeting.

“With a little more consistency and discipline towards ourselves, we will become a bigger team.”

In the week’s other game, Avignon eased past Toulouse 32-10.

Meanwhile, in the ELite Two Championship, Ille maintained their perfect season to date with a 28-16 win over Lescure. The league leaders have won nine out of nine, and sit two points clear at the top with a game in hand on nearest challengers Villefranche.

French president Luc Lacoste has sent a letter to all clubs expressing his frustration at the lack of clubs registered to attend the French Federation general meeting at the end of January.

In a letter, Lacoste wrote (translated): “Many Clubs often complain of a lack of consultation, communication and consultation. I heard them and so we decided, 4 months ago now, to organize these Estates General for them – for all of you.

“Beyond the fact that it is difficult for us to organize these States General effectively without visibility on what participation will ultimately be, you will understand my disappointment in the face of this contradiction: how can you hear your regrets and your criticisms when you do not respond to the invitation to come and express yourself and contribute your ideas? How to give you the floor if you do not seize the opportunity when we do? How to advance a collective project, in the general interest, if you do not wish to participate in the movement?”

St Gaudens have signed back-rower David Weetman from Workington Town to help their push for a play-off spot.

Weetman, 24, made 14 appearances in the Championship last season, and also featured twice for Midlands Hurricanes.

He previously spent the 2020/21 season with St Gaudens, having previously been with Newcastle Thunder.

Former Villeneuve player Smain Bouafia passed away on Monday at the age of just 26 after suffering a cardiac arrest.

Bouafia was part of the Tonneins team that won the French National Division 1 championship (amateur competition), and was playing for Pujols in the Federal Division this season.

A Villeneuve club statement said: “It is with immense sadness that we learned of the passing of Smain Bouafia today at the age of 26. Trained in our club from a very young age, he had progressed in all categories up to wearing Elite team colours. Our deepest condolences to his companion Ludivine, his family and loved ones.” 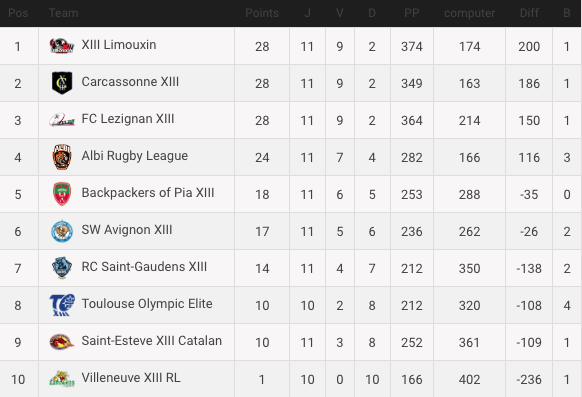 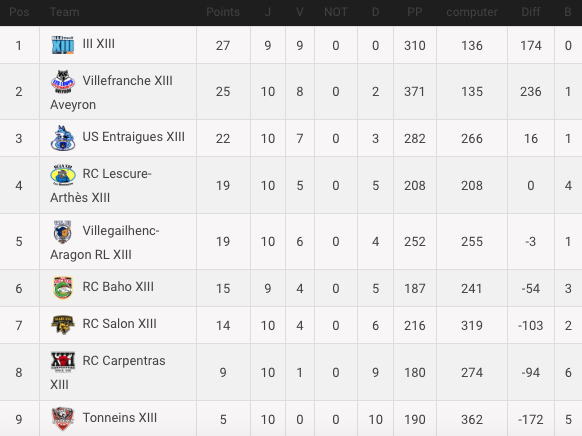